According to legends and myths, the Tuscan Archipelago came into existence thanks to the clumsiness of the goddess of beauty and love. On Elba, beauty has lingered for a long time, and many travelers fall in love instantly. No surprise there. On Isola d’Elba, all the good Tuscany has to offer comes together.

Rain lashes against my face. My fellow passengers have long fled inside. But a downpour won’t melt the Dutch. Even though the rain is gushing, and the wind makes the falling water fly by almost vertically. I love the rocking of the ship, the wetness, the slipperiness of the deck, the white-crested waves of the usually calm Tyrrhenian Sea. Belowdecks, you miss out on the scent of humid air and the view of the dark rock that slowly but surely comes closer, the promise of a new adventure. Dark silhouettes of a mist-covered island that gets more shape and detail every second: forests, beaches, villages. Places to dream of and to discover. Luckily, the gentle showers never last long in the Tuscan Archipelago, and soon, Elba bathes in golden sunrays again. 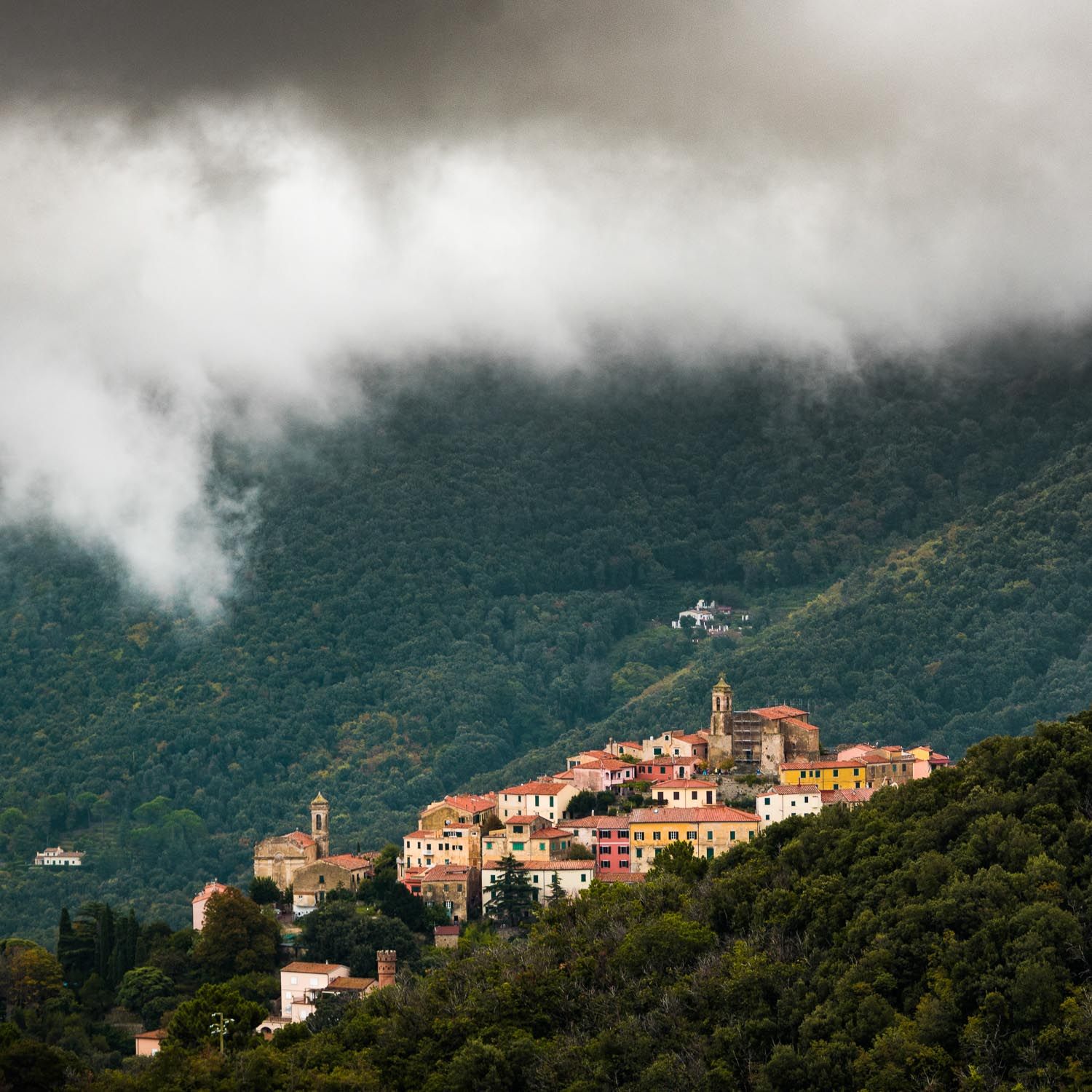 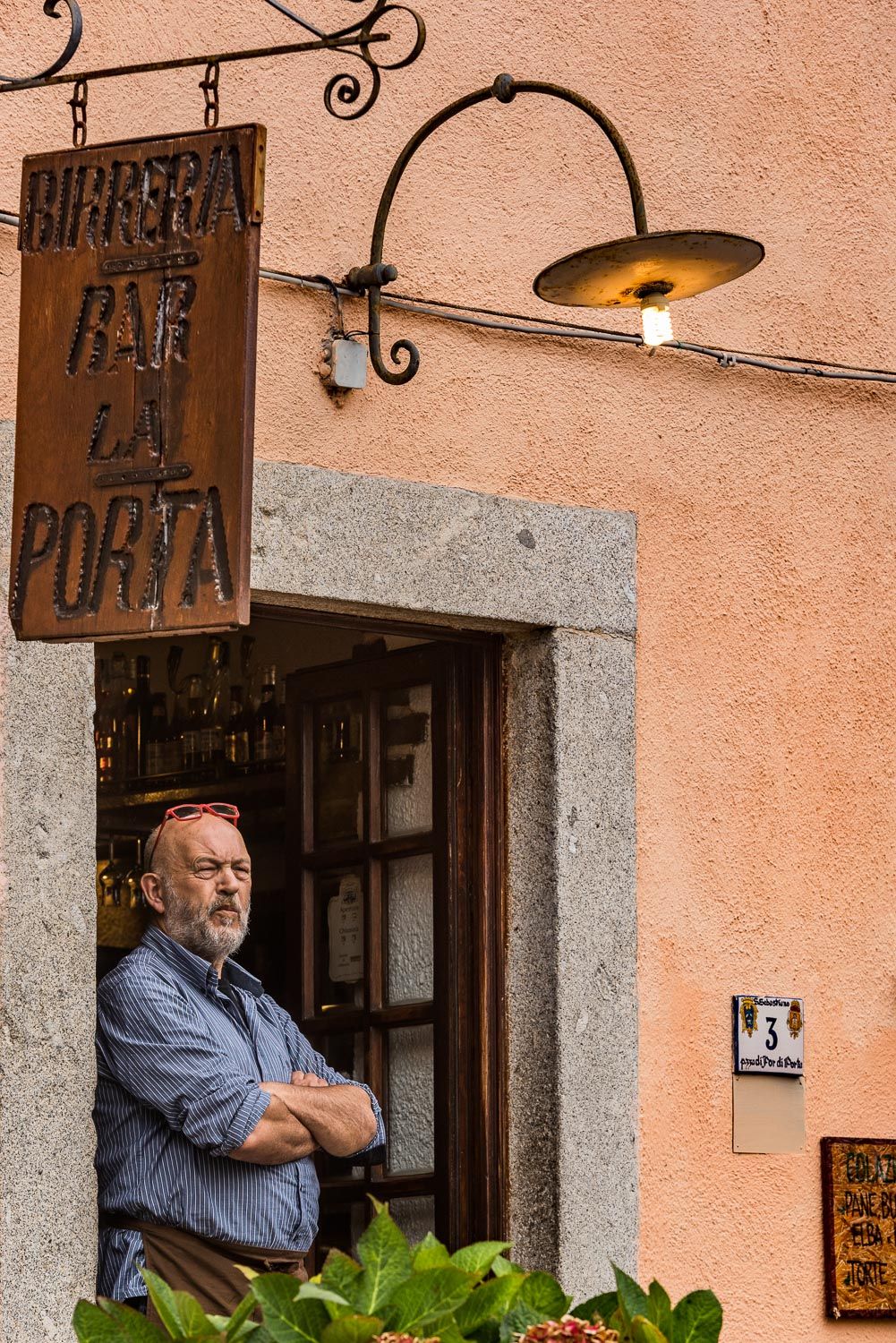 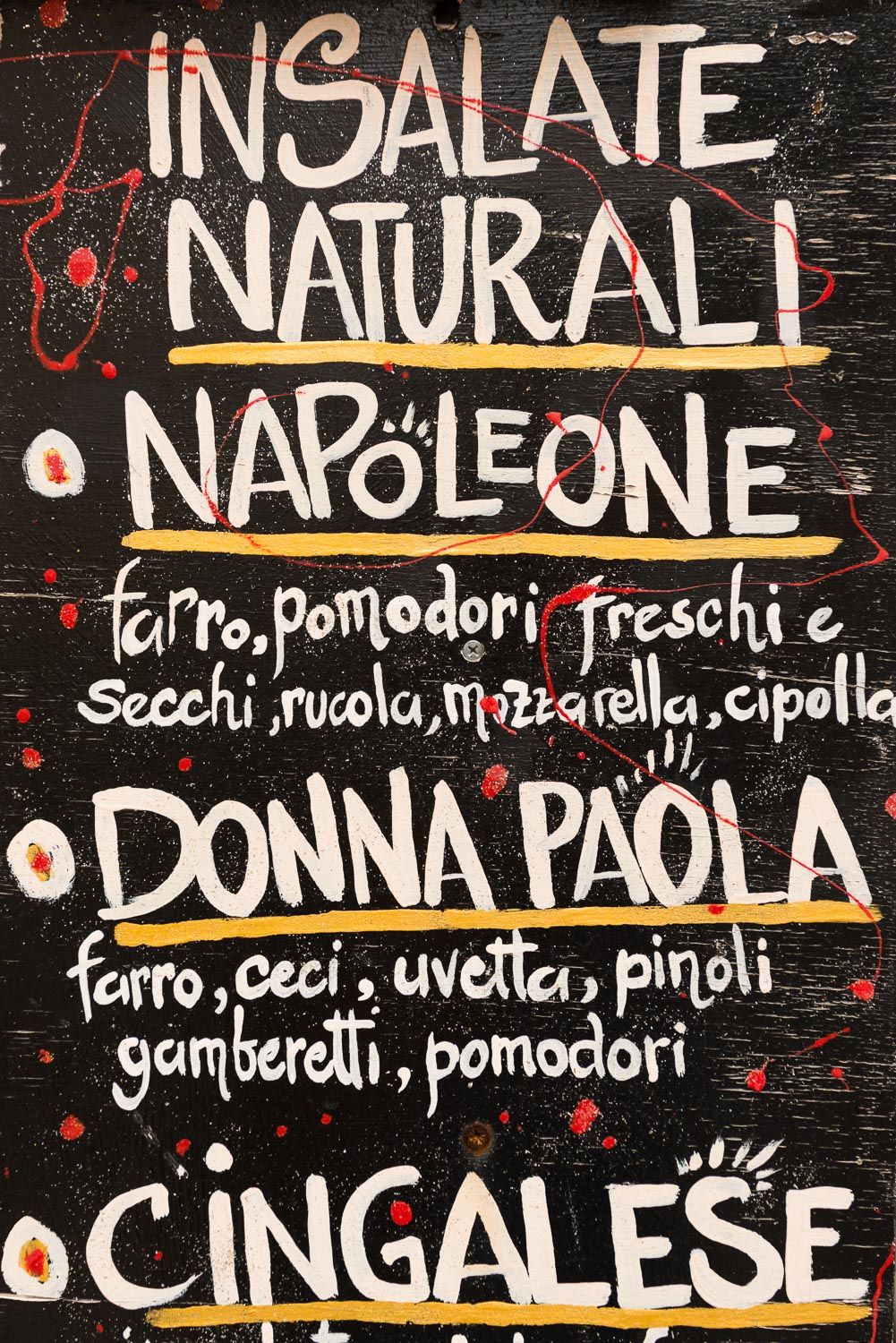 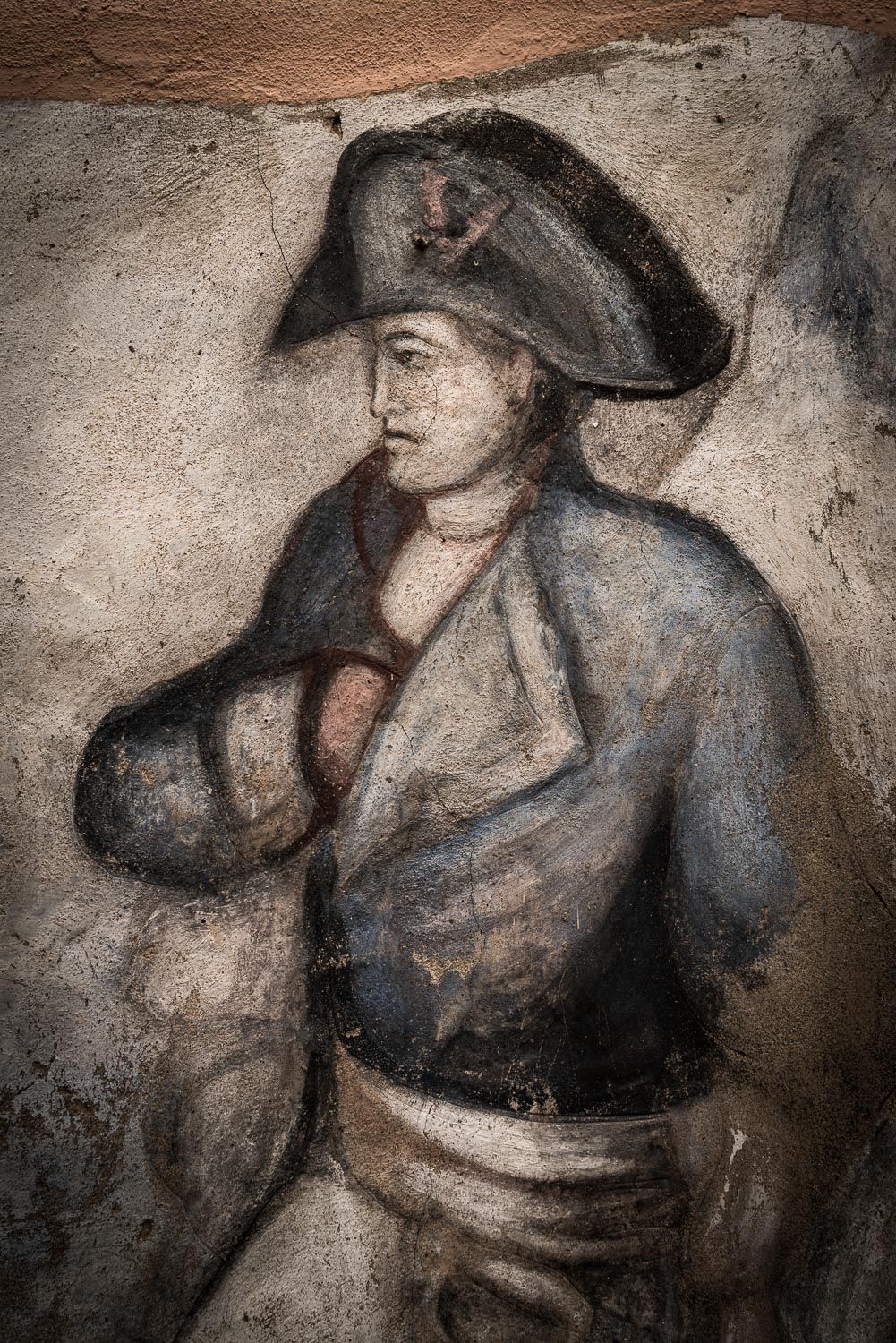 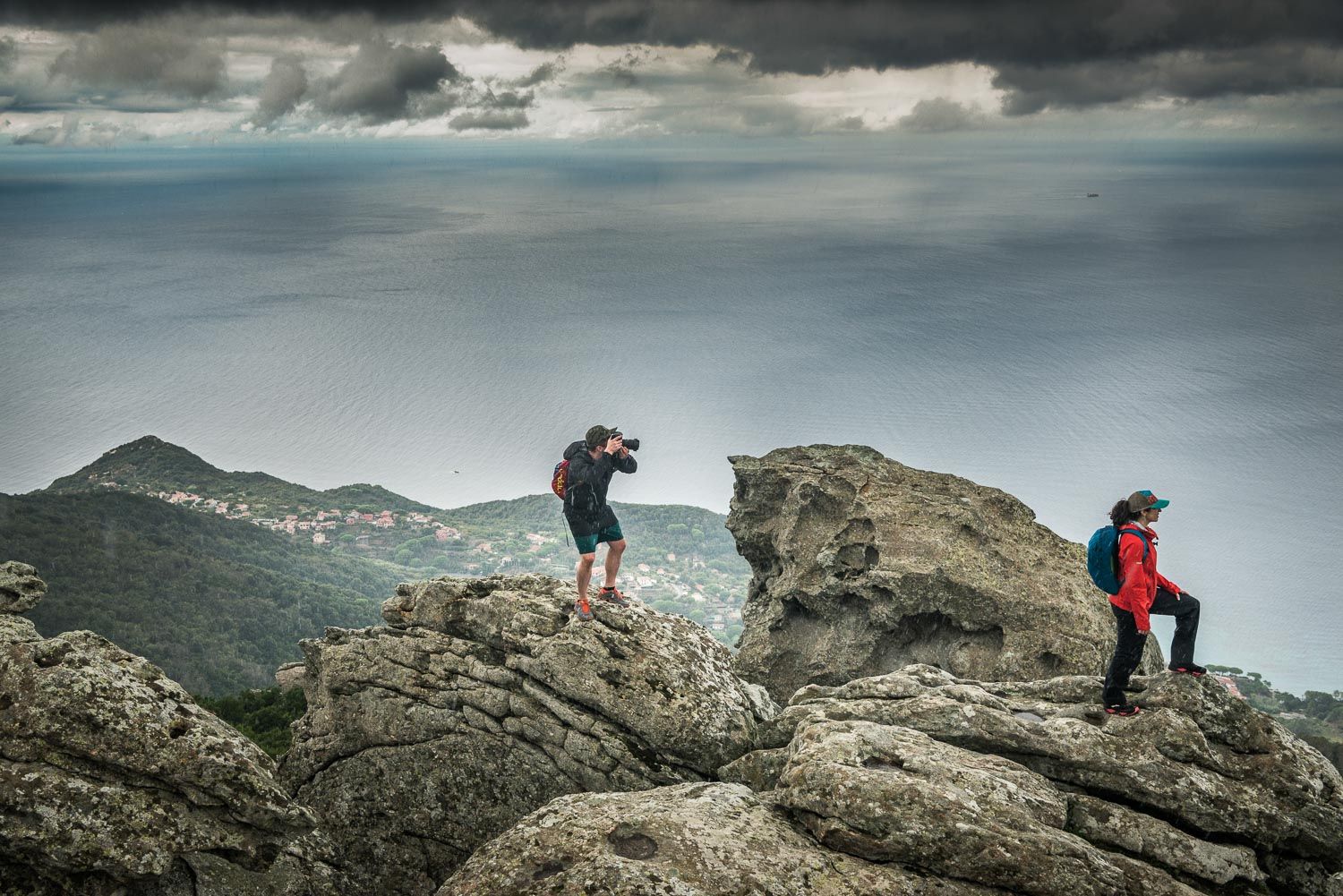 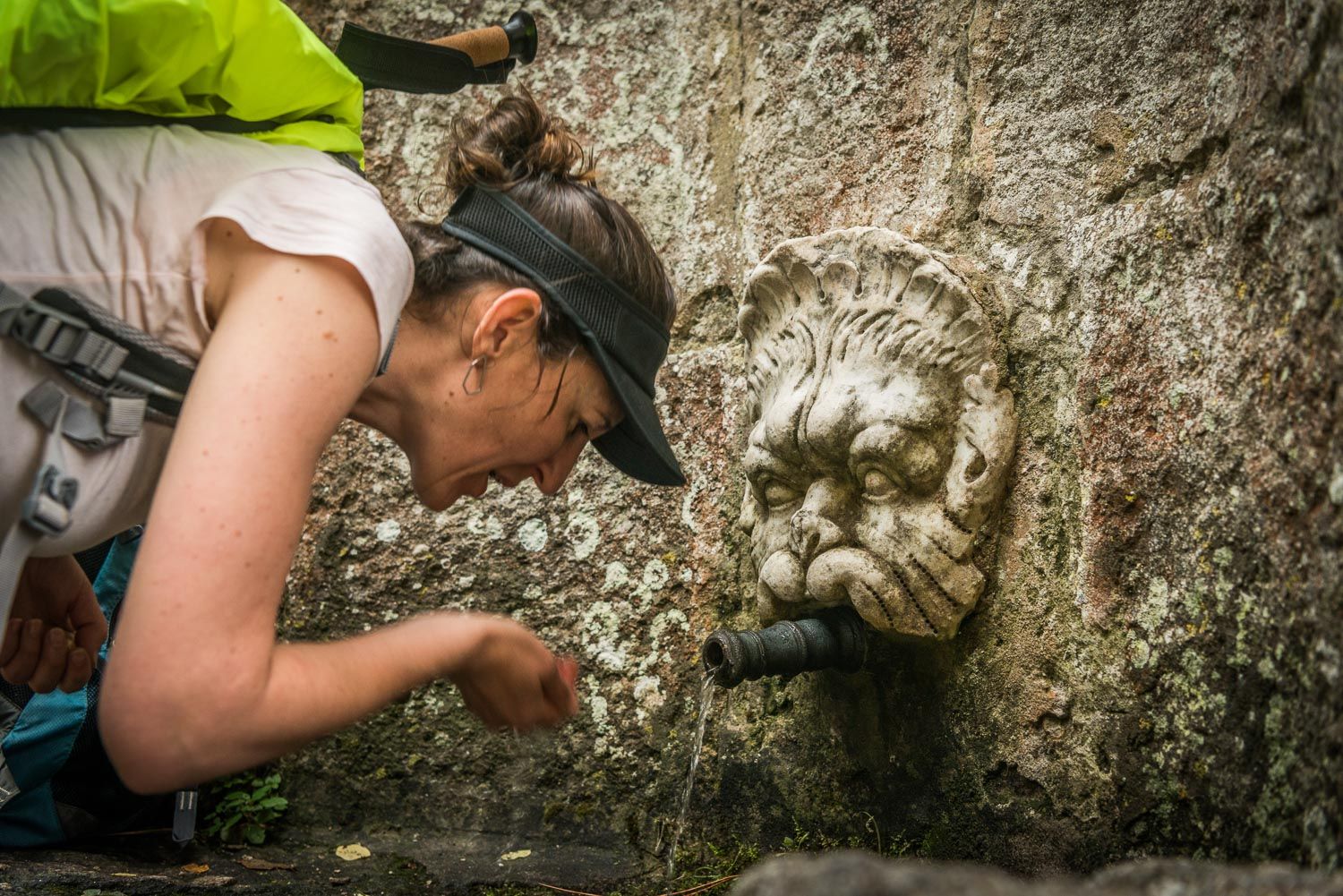 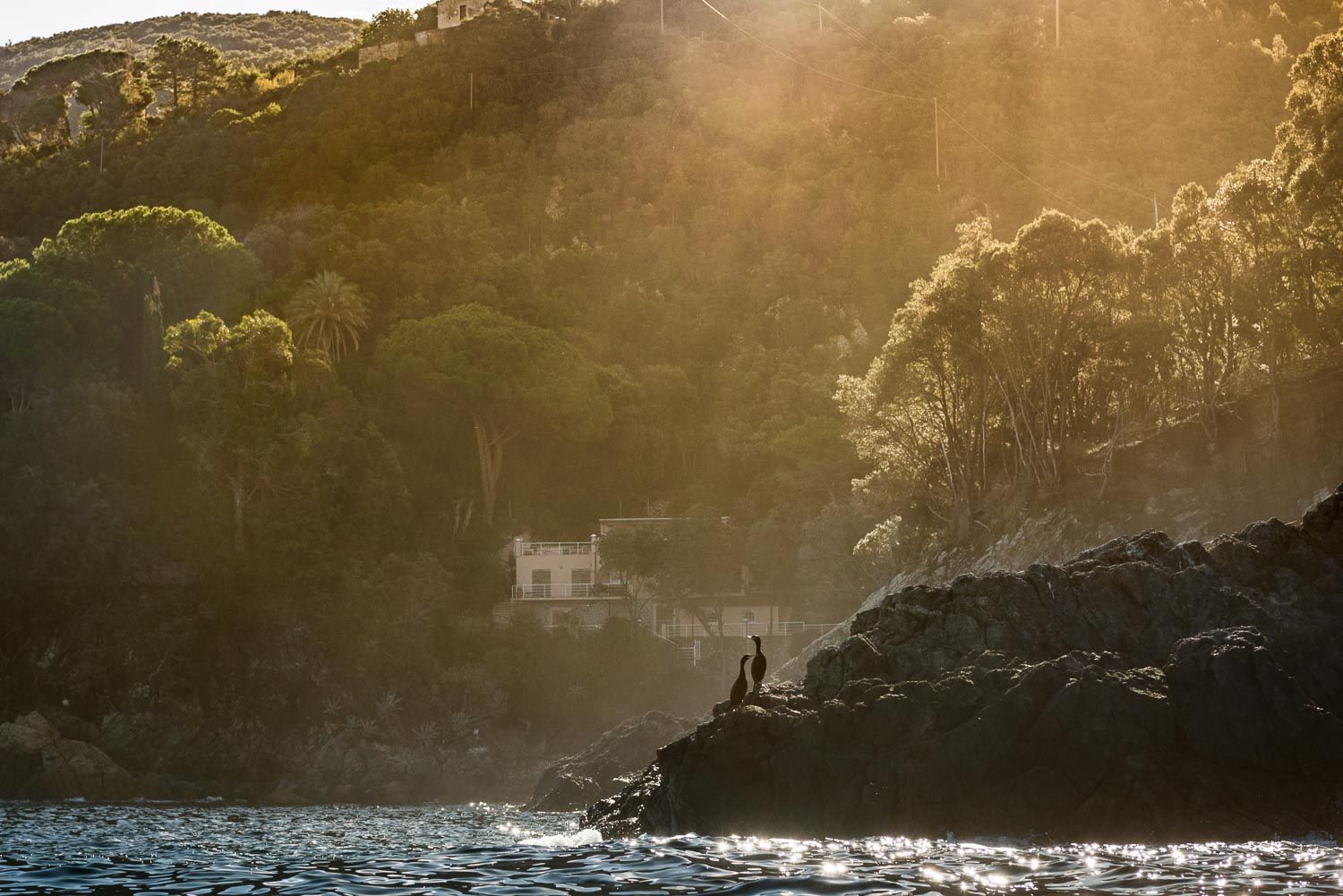 THE LITTLE CORSICAN
Whether or not the sun was shining on these waters between Piombino on the Tuscan mainland and Portoferraio on Elba in May 1814 is not in the history books. But it probably didn’t shine on the head of Elba’s most famous – or infamous – temporary inhabitant. Napoleon Bonaparte may have called himself the new ruler of the island, including a personal guard of four hundred men, but it was a significant demotion for the defeated French emperor.

‘From now on, I want to live in peace,’ Napoleon himself said to the British officer who escorted him to Elba. He lasted no more than three hundred days

All the same, Napoleon probably turned the vindictive thunderclouds in his head into vigor. Waterworks, a mini-opera, reclaiming swamps, a new school and judicial system, to name but a few. He left his marks everywhere. Fortresses, bridges, and fountains bear witness of Napoleon’s thirst for action. He seemed happy with his island in the Tyrrhenian Sea. The beloved wife stayed home, but his mother lived with him, as well as his Polish mistress and a local lady called Sbarra, so he had a pleasant stay. When the weather is clear, you can see Corsica, the island he was born, from the western point of the island. ‘From now on, I want to live in peace,’ Napoleon himself said to Neil Campbell, the British officer who escorted him to Elba. He lasted no more than three hundred days.

I think I would have lasted longer on this island with turquoise bays, one-hundred-ninety golden beaches, and the rough Monte Capanne, which is Elba’s highest mountain with a height of 1019 meters. Elba is about half the size of Texel, so it’s easily manageable. Not just on land, but on the water as well. 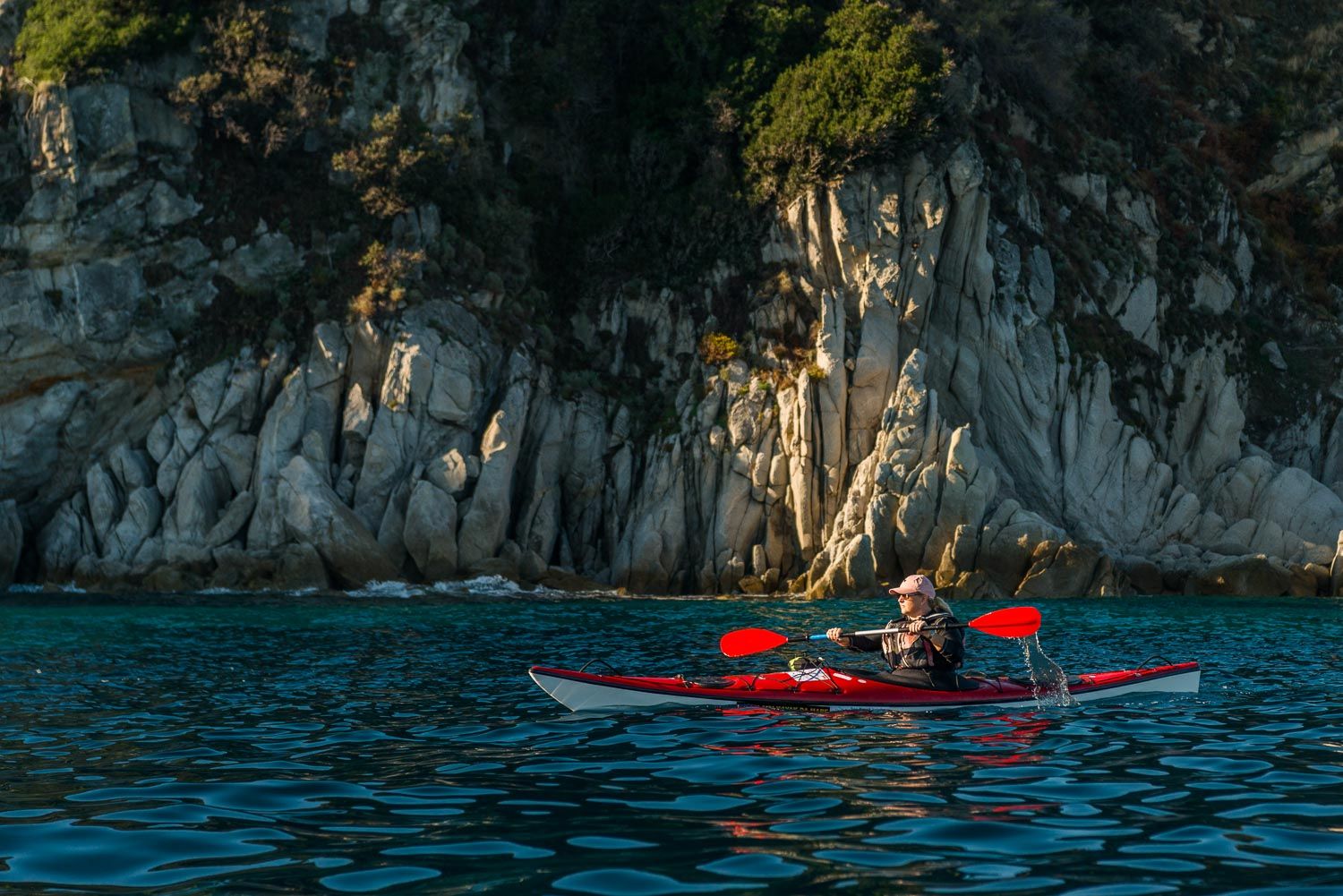 BRIGHT BLUE WATER
The yellow sea kayak stands out against the bright blue water. Below me, a school of fish darts off quickly when my paddle cleaves through the water. I took off from the beach at Sant’ Andrea’s, on the northside of the island. The sea is calm and I easily float around the rugged coastline. To my right, the granite rocks tower over me, the steep slopes are overgrown with junipers. Aside from the countless fish, these waters are home to many shipwrecks full of never-found treasures – or so they say. Despite many search attempts, the sea doesn’t yield them. And they say that here, where I am bobbing up and down in my kayak, Venus, the goddess of beauty and love, was born from the spume of the sea. Legend has it she lost seven pearls from her neckless when she rose from this Tyrrhenian Sea. The pearls fell into the water and transformed into small islands right there, stunningly beautiful islands with untouched nature and surrounded by crystal clear seawater. From the largest pearl, Elba came into existence.

Venus, the goddess of beauty and love, was born from the spume of the sea. Legend has it she lost seven pearls from her neckless when she rose from this Tyrrhenian Sea From the largest pearl, Elba came into existence

VERTICAL VILLAGES
Halfway on my trip along the island’s northern coast, after about four kilometers, I paddle into the harbor of Marciana Marina. I pull my kayak onto the small beach and walk along the beach boulevard of the sleepy town. A bit further inland, you find Marciana. When the island was regularly sacked by the Saracens in the middle ages, the island’s inhabitants built their villages on high cliffs. Marciana is the steepest of them all, an almost vertical village full of steps and terraces. It seems nobody had invented fear of heights just yet. Back in the kayak, I paddle on for another hour, to finally set foot on land at Spiaggia de Proccho. I’m starving. La Dolce Vita, the sweet life, doesn’t get better with a perfect lunch consisting of pasta and fresh fruits de mer. Time to head back to the capital. 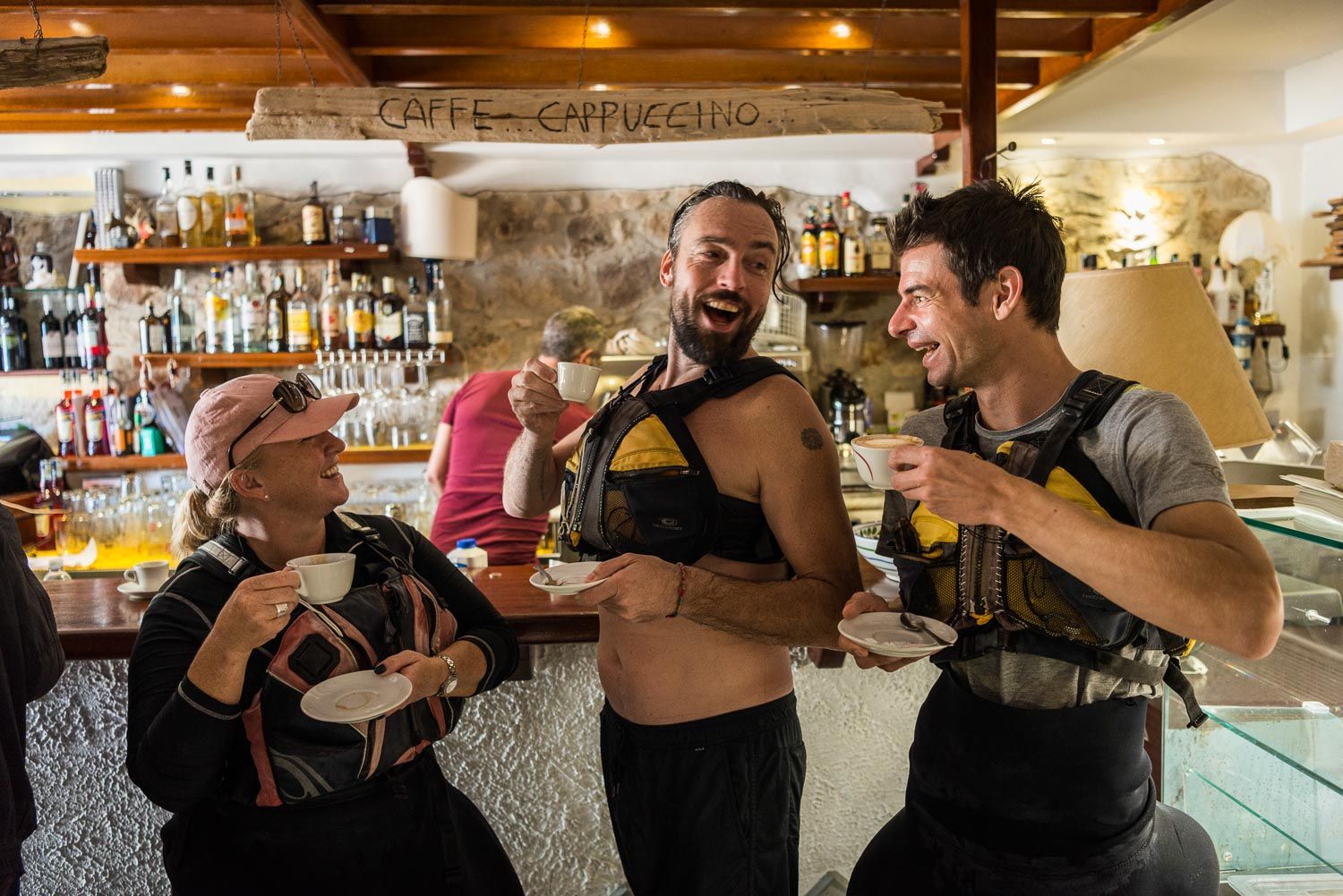 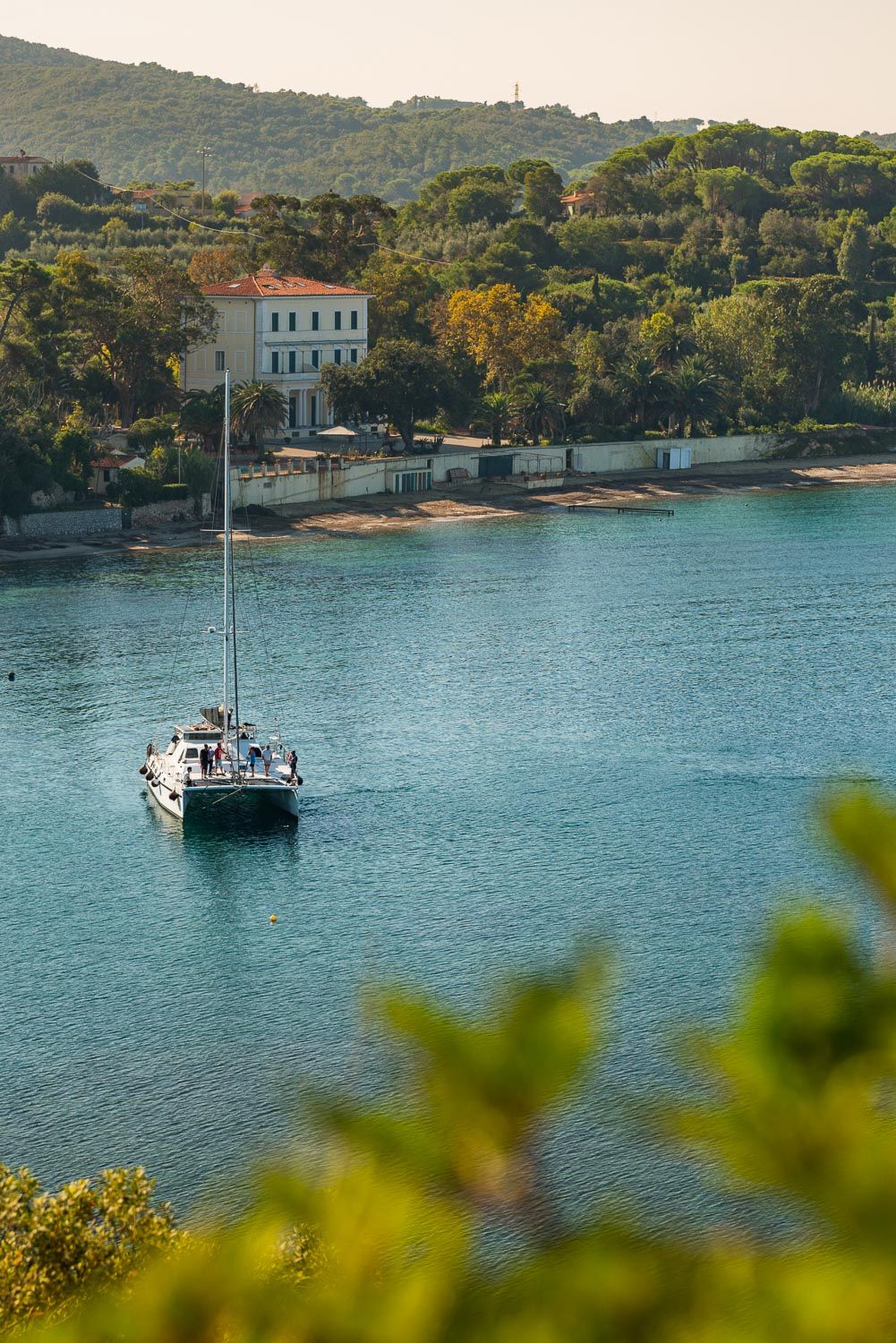 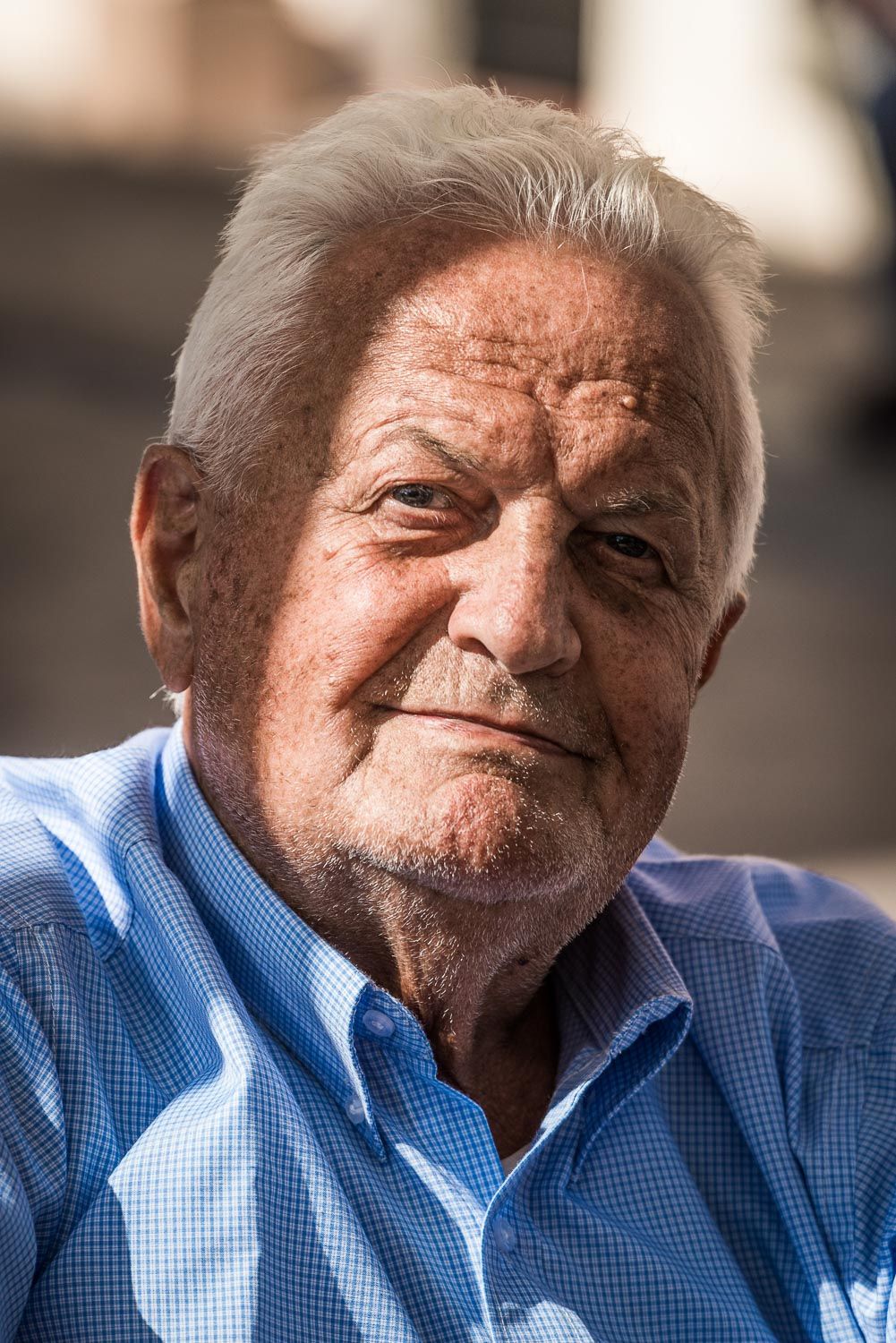 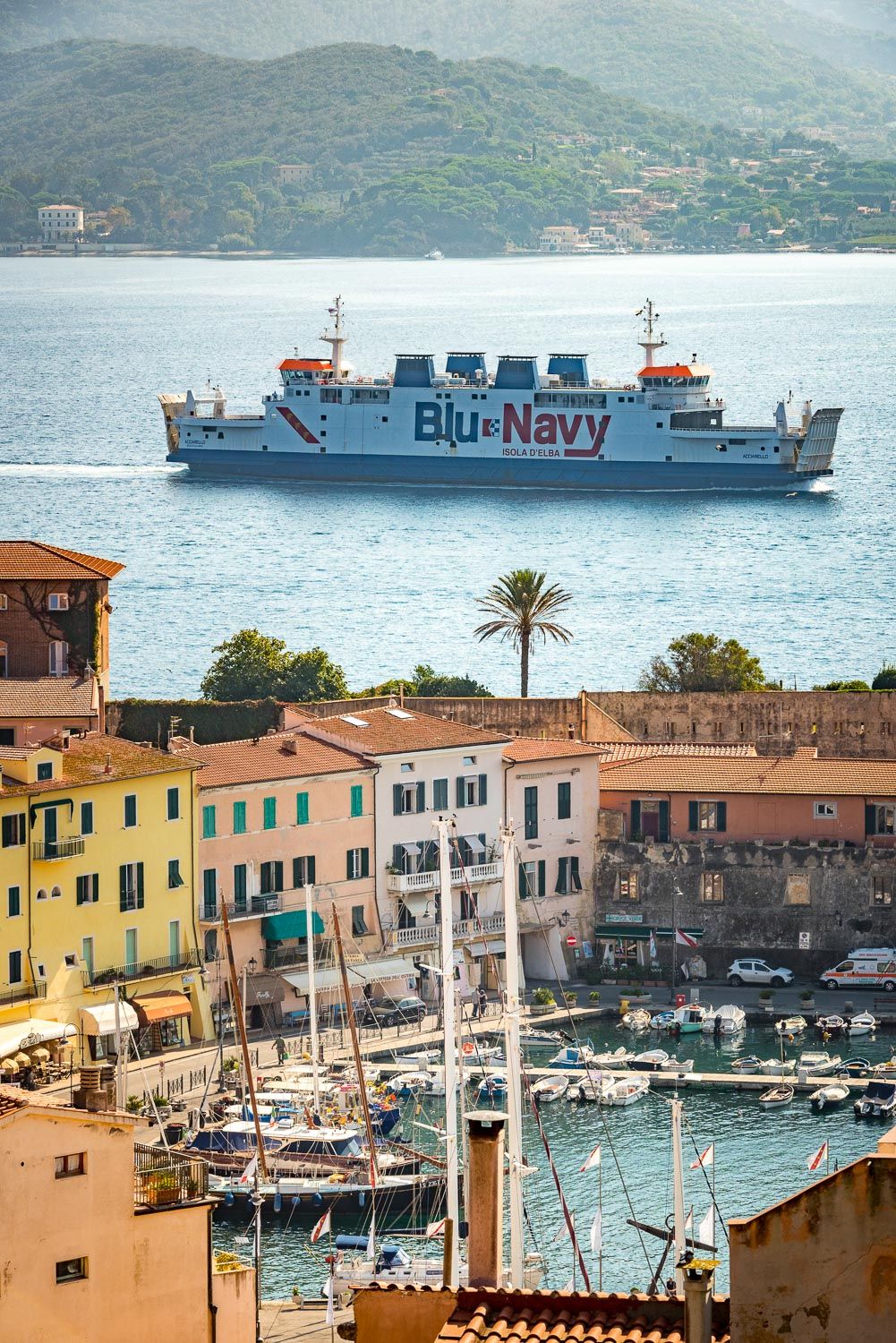 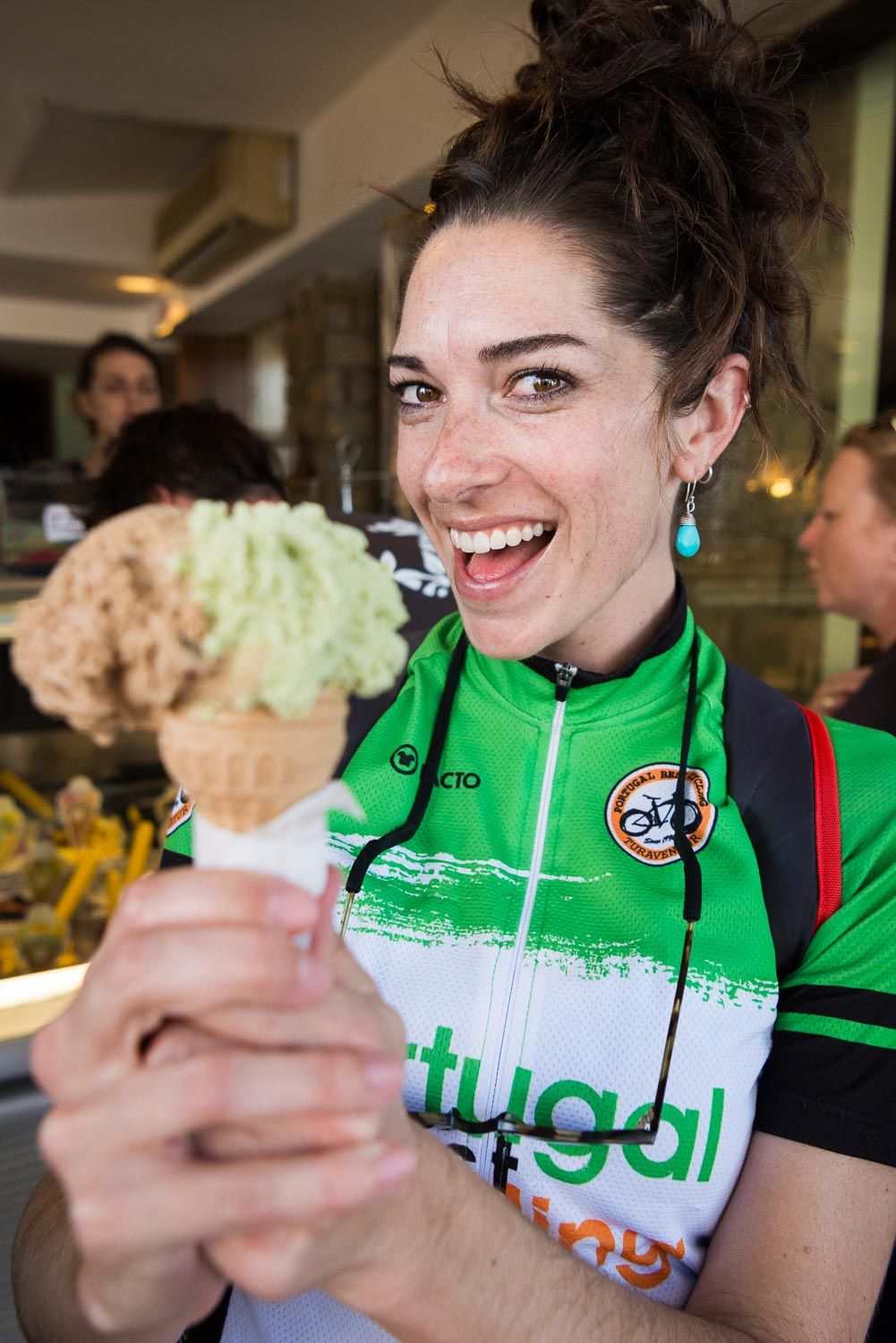 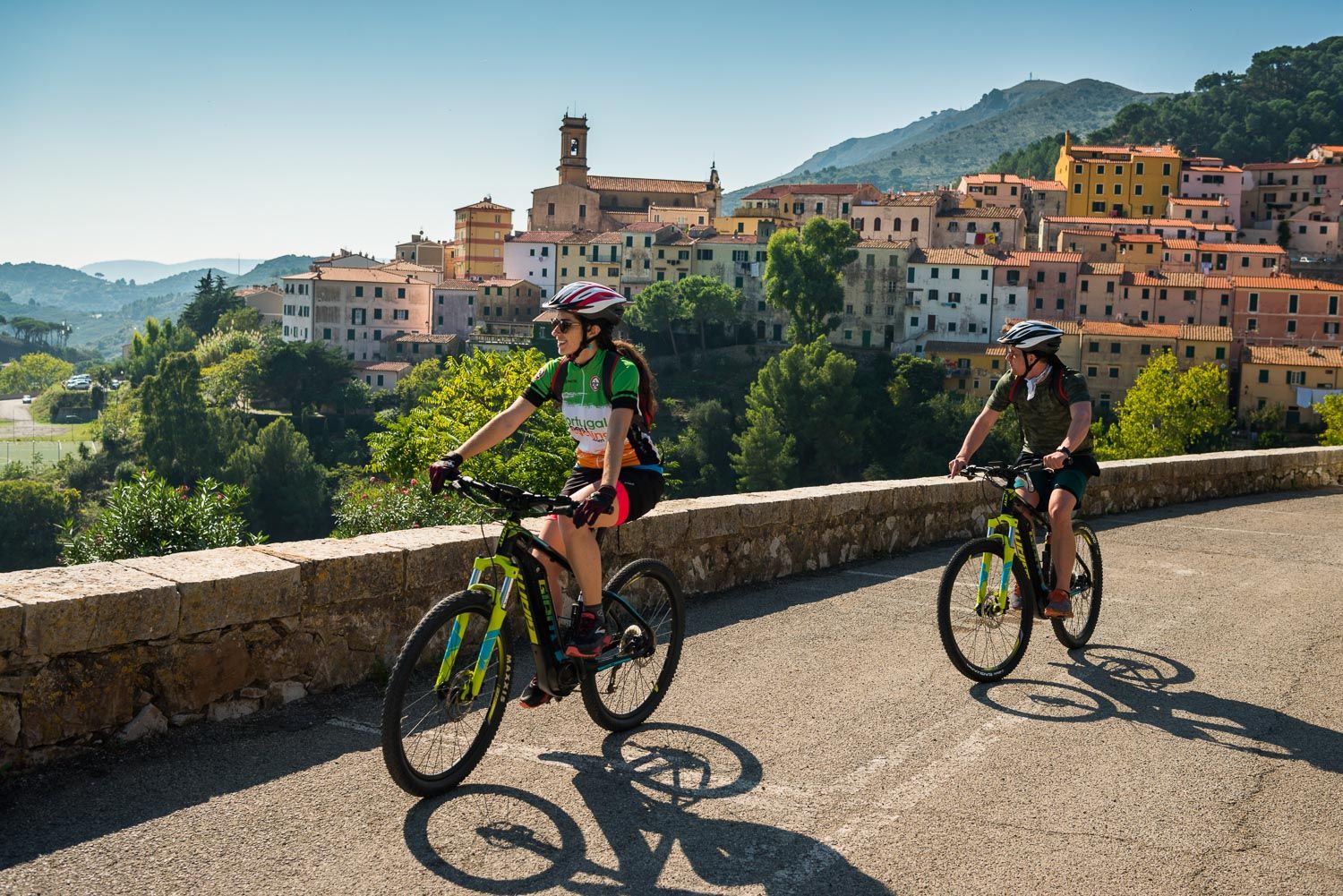 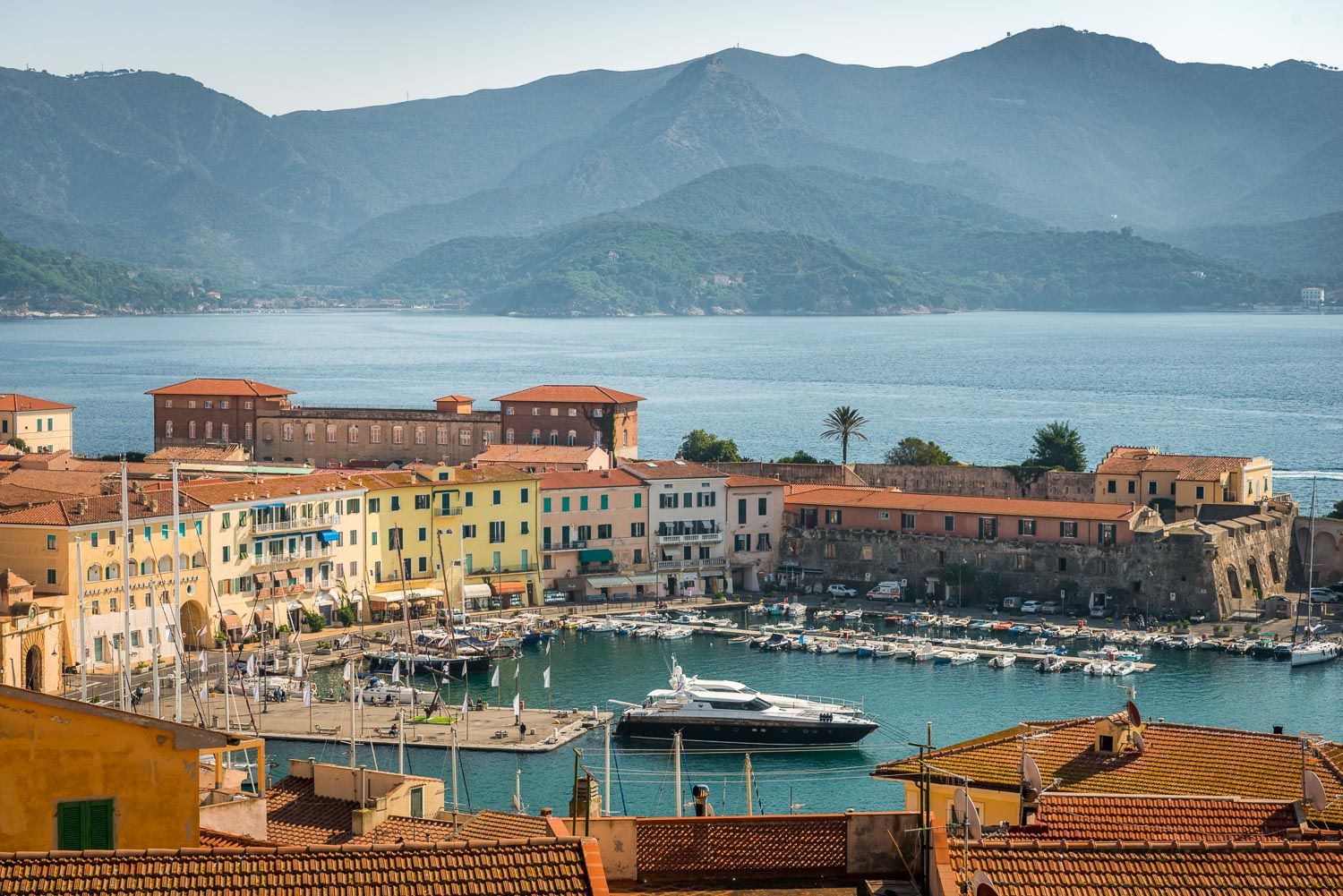 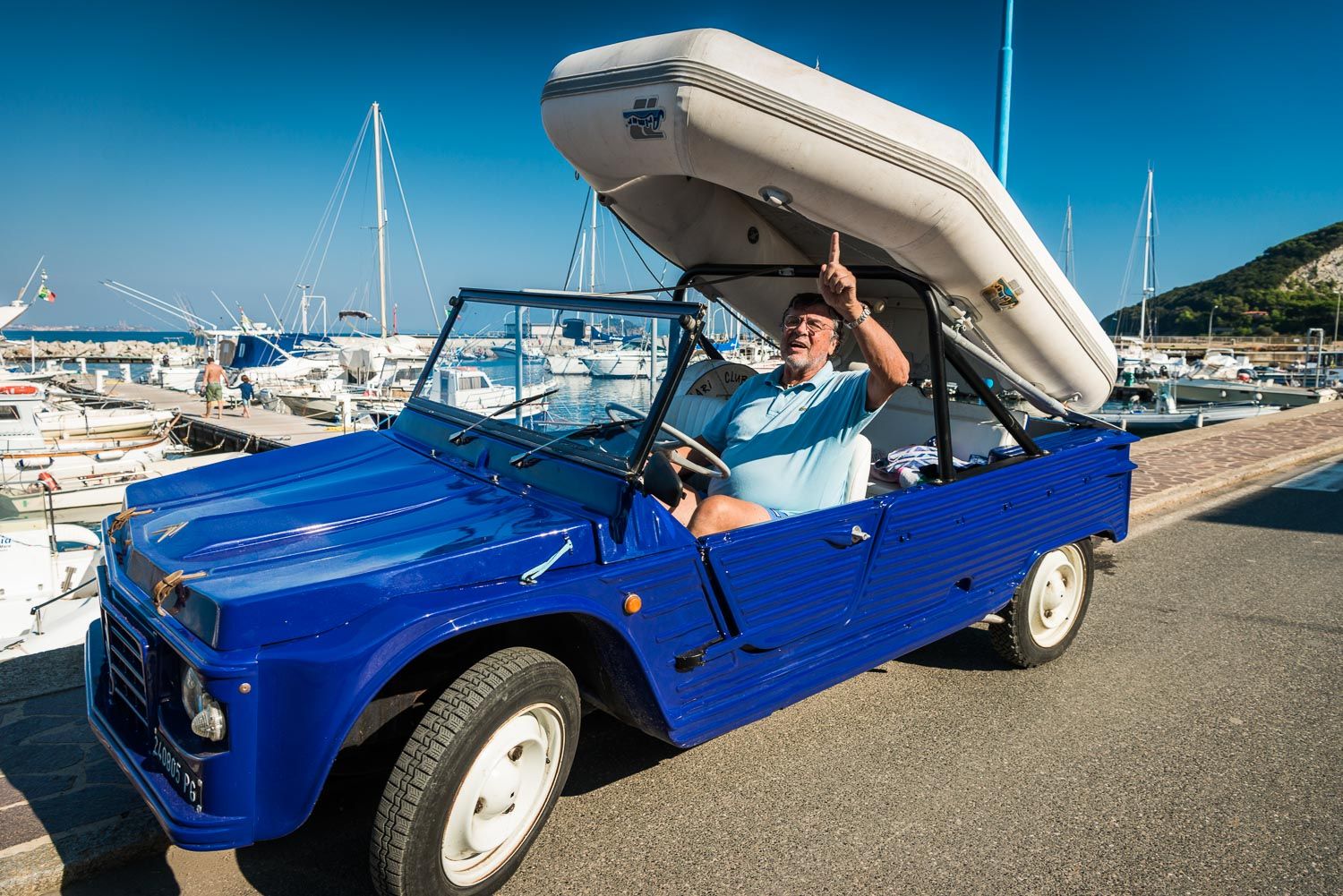 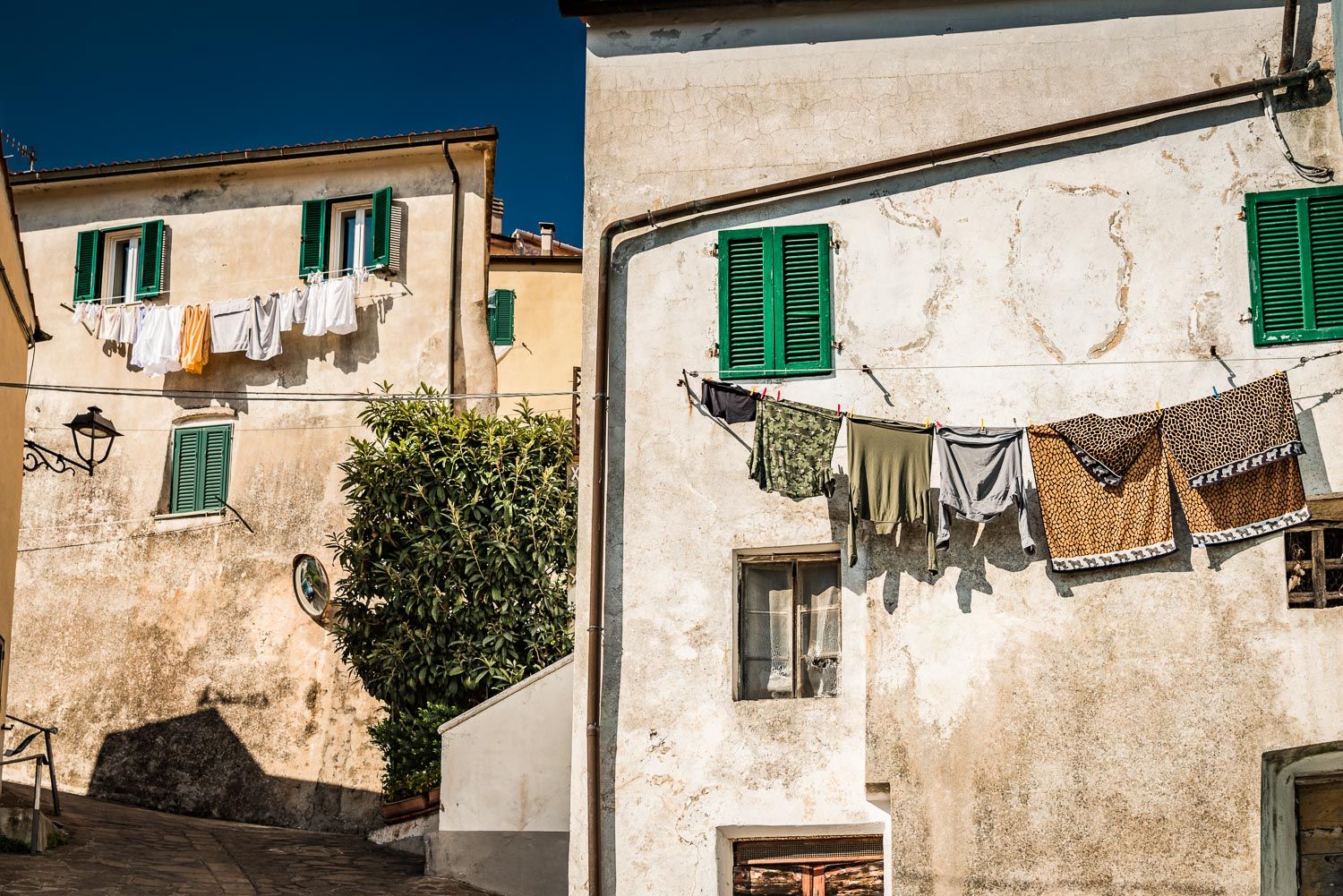 TURKISH PIRATES
Portoferraio is an impressive city. A stronghold actually. It was grand duke Cosimo de’ Medici who gave the order to build Forte della Stella and Forte Falcone in 1548 after the city had been reduced to ashes multiple times by Turkish pirates. Fortifications connect the fortresses. There was no getting through. ‘Impenetrable’, the Turks mumbled, and they stayed away. To this moment, the island can be protected by half a dozen of friends and two cannons. But against what?
And so we dive into the narrow streets. Where the laundry hangs outside, old men gesticulate wildly and the chalked houses exude the Mediterranean soul. We sit down at Osteria Pepenero, a prime, small restaurant in the coiling alleyways of Portoferraio.

Elba’s culinary traditions consist of recipes like sburrita, cod with garlic, pepper, oil and bread, and gurguglione, a kind of ratatouille

ABUNDANT FLAVORS
The kitchen of the island Elba is known for its frugal nature. This frugality has to do with the history of the inhabitants: they were relatively poor for a long time. Elba’s culinary traditions consist of recipes like sburrita, cod with garlic, pepper, oil and bread, and gurguglione, a kind of ratatouille. I wouldn’t call the kitchen frugal, rather abundant in flavor.
Elba is basically the sum of all the good Tuscany has to offer. Or a strongly concentrated Corsica, but without the Corsican fierceness. The fiercest Corsican of them all had enough after three hundred days. Evil tongues claim Napoleon fled. Nothing is further from the truth, as we can read in the book ‘The Escape from Elba’ by the British writer Norman Ian MacKenzie. Napoleon organized an enormous farewell party. And embarked the ship triumphantly. Get Europe back. It became his Waterloo.
‘If only he remained at Elba,’ sighs the owner of Osteria Pepenero. If only… maybe had lived longer, but definitely happier. Maybe that goes for everyone. Happiness is easy on Elba.

Who wouldn’t want to explore Elba?

Outdoor action in the Tuscan Archipelago

Besides seakayaking, there are thousands of other activities to be done on Elba. You can go e-mountain-biking, hiking, sailing, and surfing. Something for everyone. WideOyster got help from Active Travel Tuscany. A nice organization that seamlessly connected all the activities and stays.