The gold and silver of Sala
Canoeing in Västmanland

Beavers and their lodges line the shores of the lakes, ditches, fens, and canals around Sala, home to the most important silver mine in Västmanland, Sweden. But nature is the true gold here.

The already narrow waterway near Sala is becoming narrower and narrower. The vegetation along the bank gently brushes against my arm as I plunge the paddle into the shallow water. It looks a bit like the Wieden and the Weerribben in The Netherlands. But not quite. The biggest similarities are the peat bogs and the fact that man largely dug these waters. At the spot where I am now with my canoe, they were a bit tired of digging. I get stuck in the maze of ditches, canals, and fens. But that should not spoil the fun. On the contrary. Canoeing in Sala is a great adventure. “You can stand here. Just turn your canoe around,” says guide Adam from Outdoor Vagabond.

The whole of Västmanland is a beautiful part of Sweden. It is full of forests, and scattered throughout the country are red, wooden country houses. And lakes. Lots of lakes. This area used to be called Bergslagen.

WEALTH
“Because there was a lot of mining here; there were different laws to prevent conflicts between farming and mining,” Adam tells us as we paddle. “The law of the mountain’ applied here, which translates into Bergslagen in Swedish. Mining started here around the 10th century.” 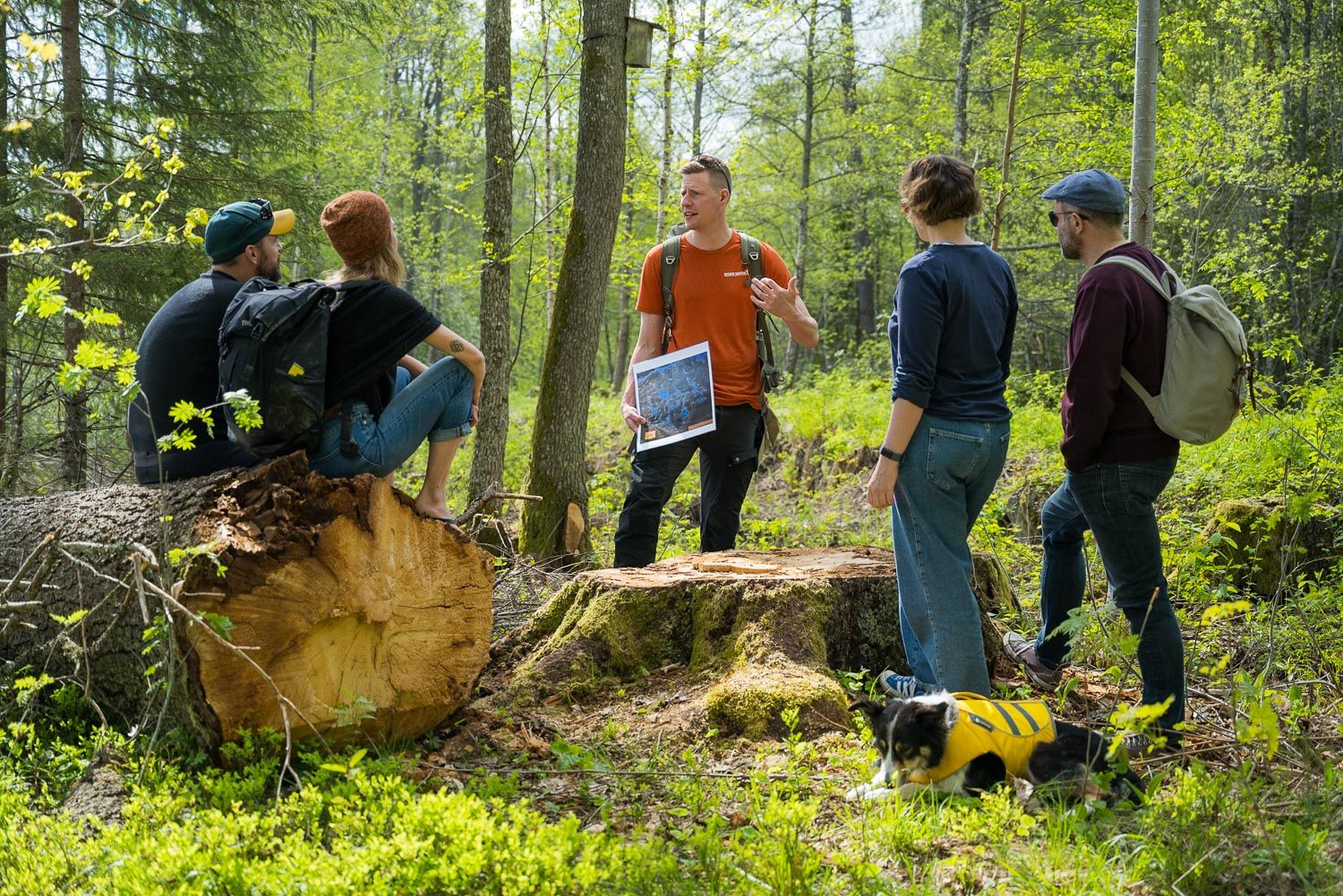 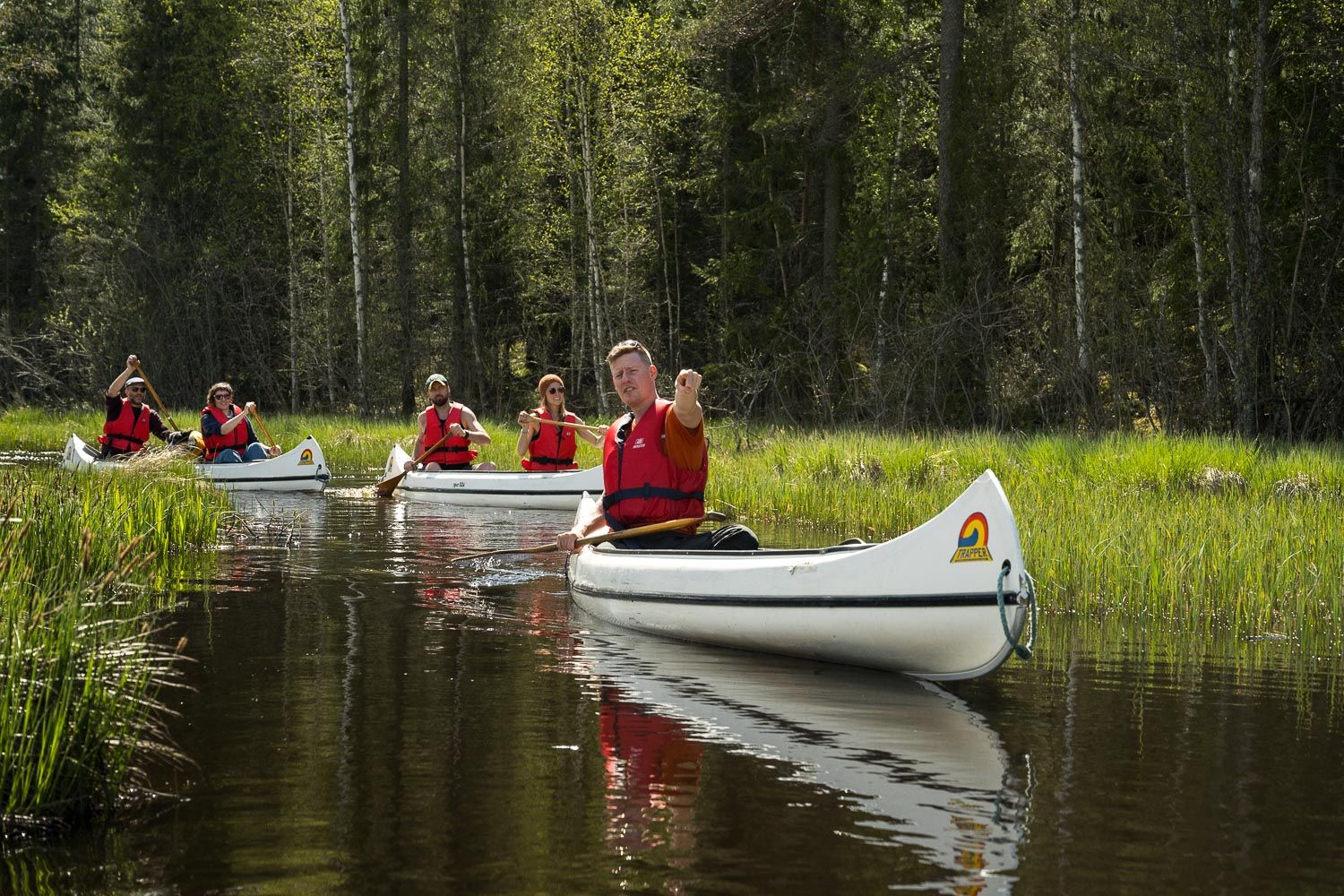 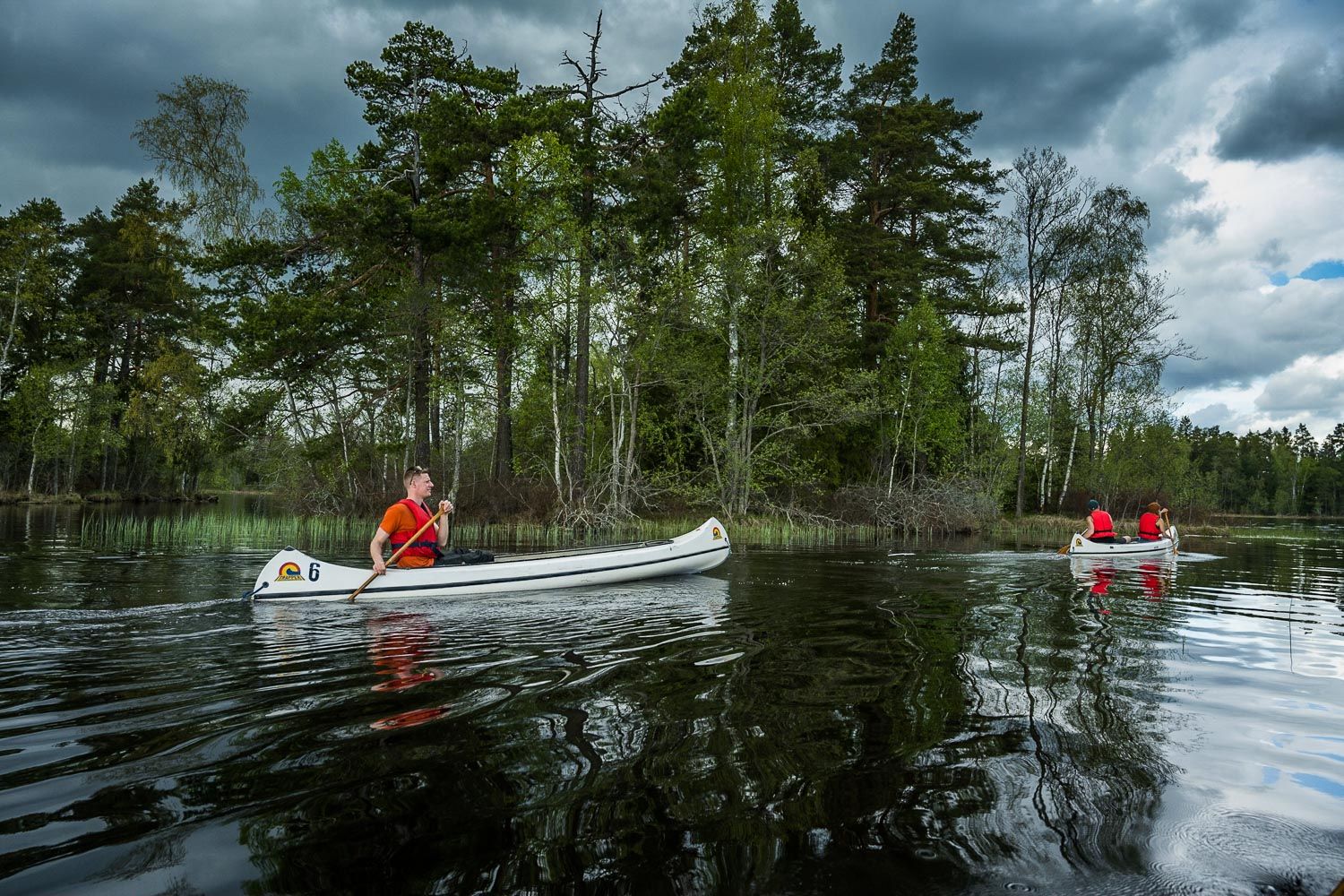 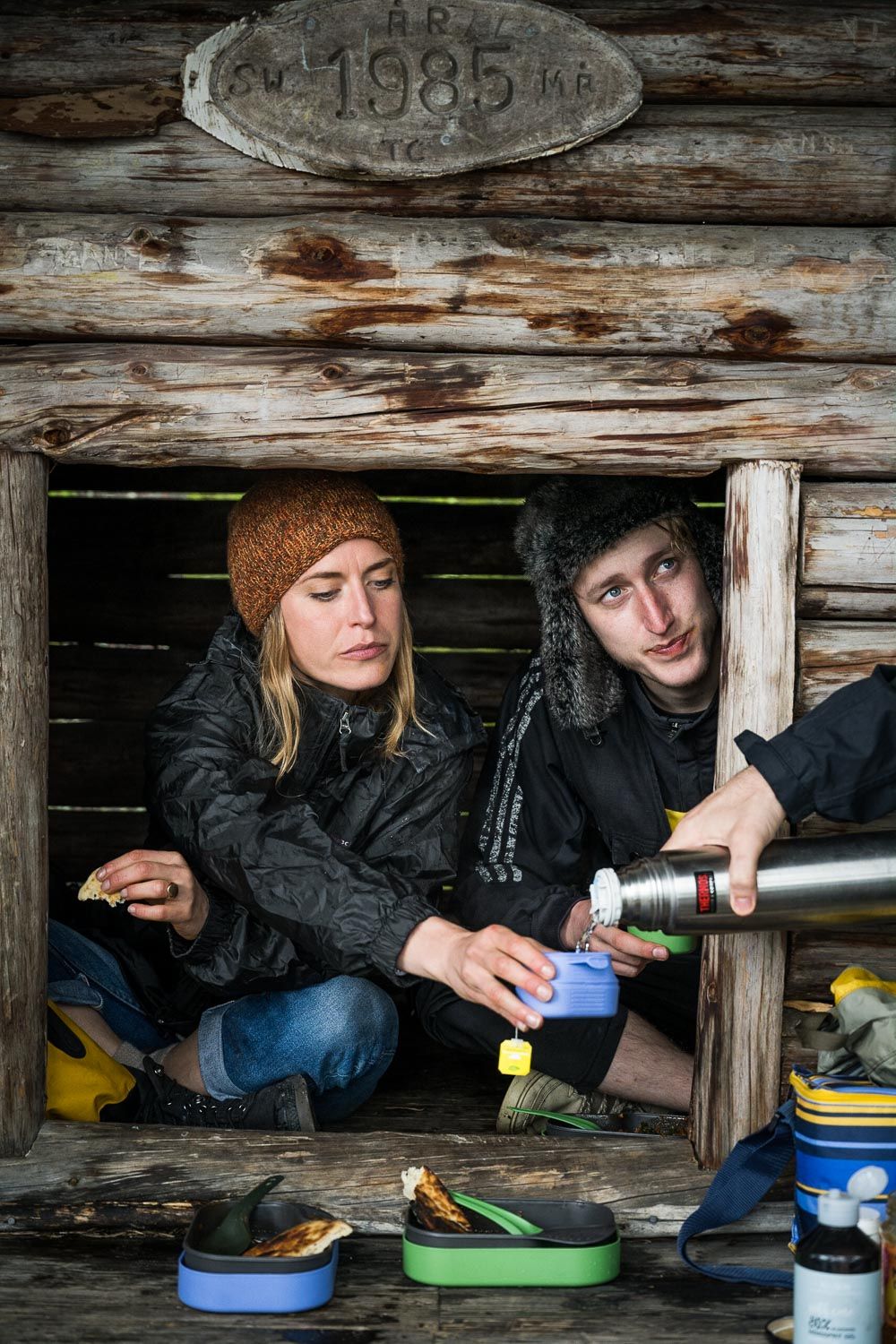 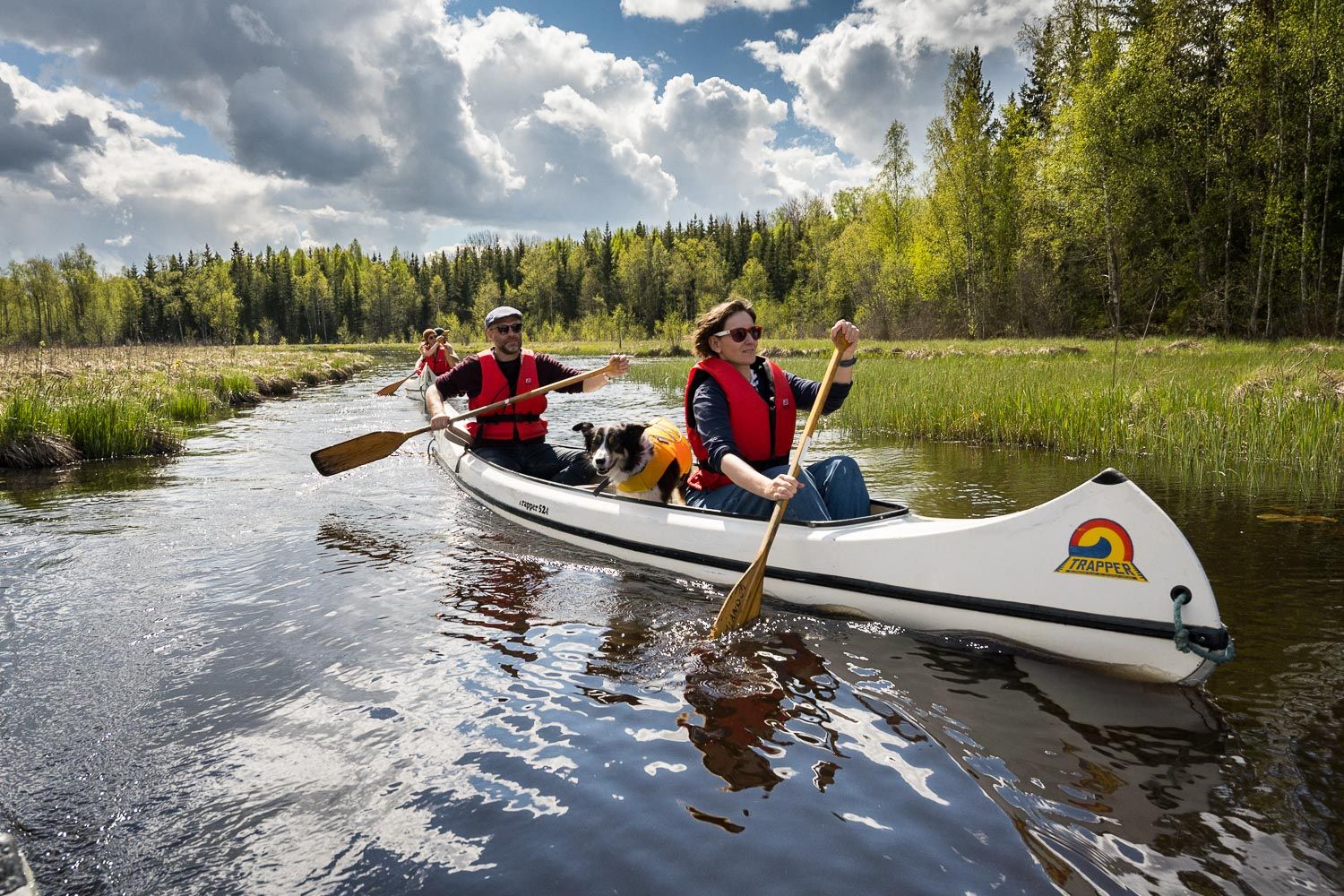 Only seven mines are still in production in this area today, but in the past, there were several thousand. Iron, manganese, copper, silver, lead, and zinc were mainly mined, but also cobalt, nickel, gold, selenium, bismuth, antimony, cerium, and molybdenum tungsten, and mercury. The land was full of riches.

“The most important silver mine in Sweden was the Sala silver mine,” says Adam. “Tons and tons of silver have been extracted from the earth here over the centuries. The first indications that people were mining silver here date from the second century AD. The very first mine openings can be found at the dammed lake Långforsen.”

“It is whispered that a huge load of silver perished here, never to be found again”

WATER SYSTEM
The heyday of the mine was during the reign of King Gustav Vasa. In 1530 and 1540, almost 3500 tonnes of pure silver were delivered every year. The Crown bought all the silver from the owners who leased the mine from the king. By the way, at a price, the king dictated. It is therefore not surprising that Gustav called the mine the tax chamber of Sweden.

“Around 1600, we began to make use of the omnipresent water to mine more and faster silver,” says Adam. “And that’s why we can canoe so incredibly well here now. An extensive water system was built using riparian lakes. Just with shovels and muscles. The water leading to the mine was used to drive water wheels with a diameter of up to 10 meters. This was used to power new machines and pumps in the mine. In this way, drilling could continue to a depth of more than 200 meters, despite the enormous amount of groundwater.

Existing lakes were connected with dug lakes and fens and canals and ditches. A pure tour de force by the silver-seeking Swedes.

“All that silver was also transported by water, by the way,” Adam, paddling next to me, knows. “Sometimes, it went wrong. For example, it is claimed that a huge amount of silver perished around here that was never found again.” 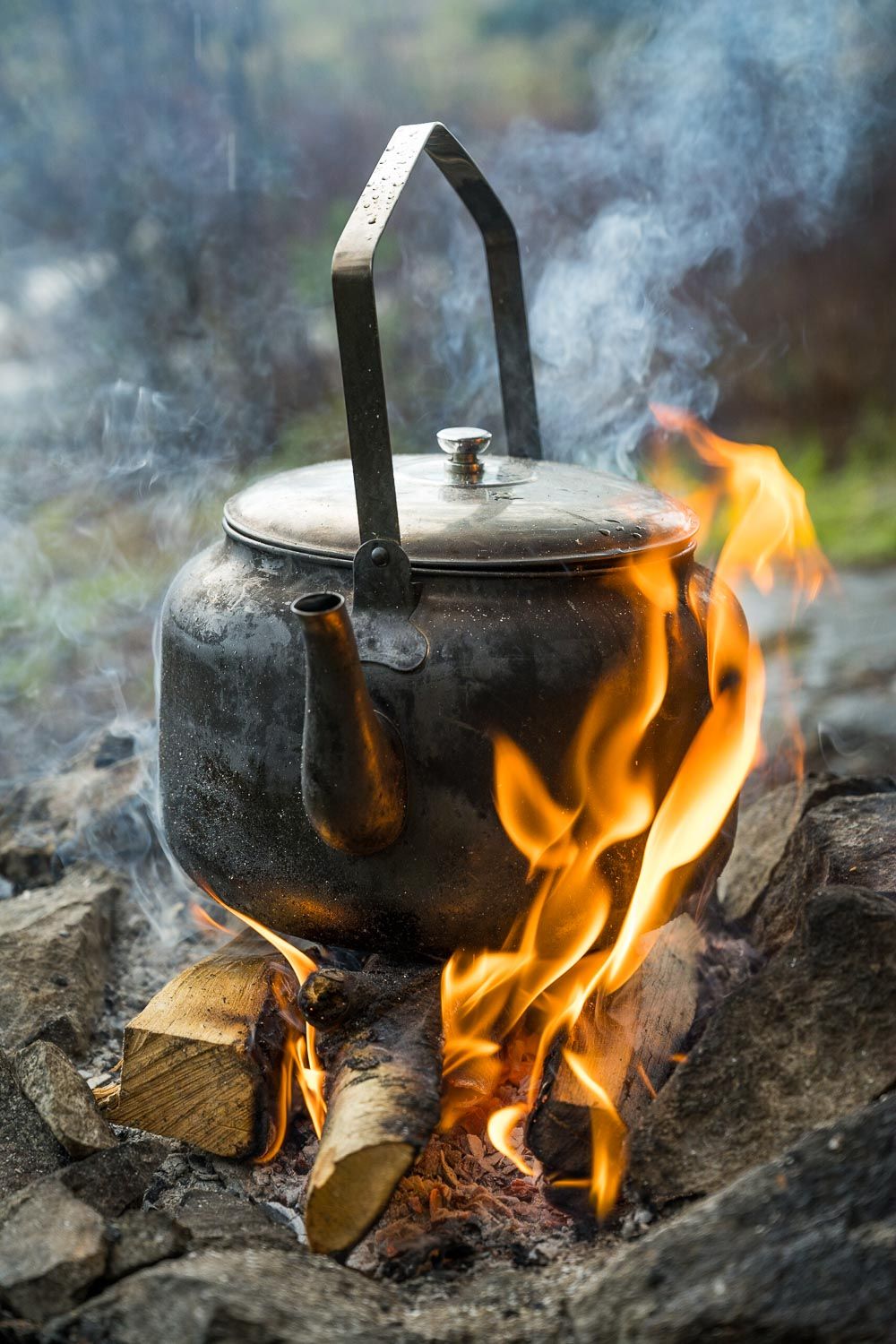 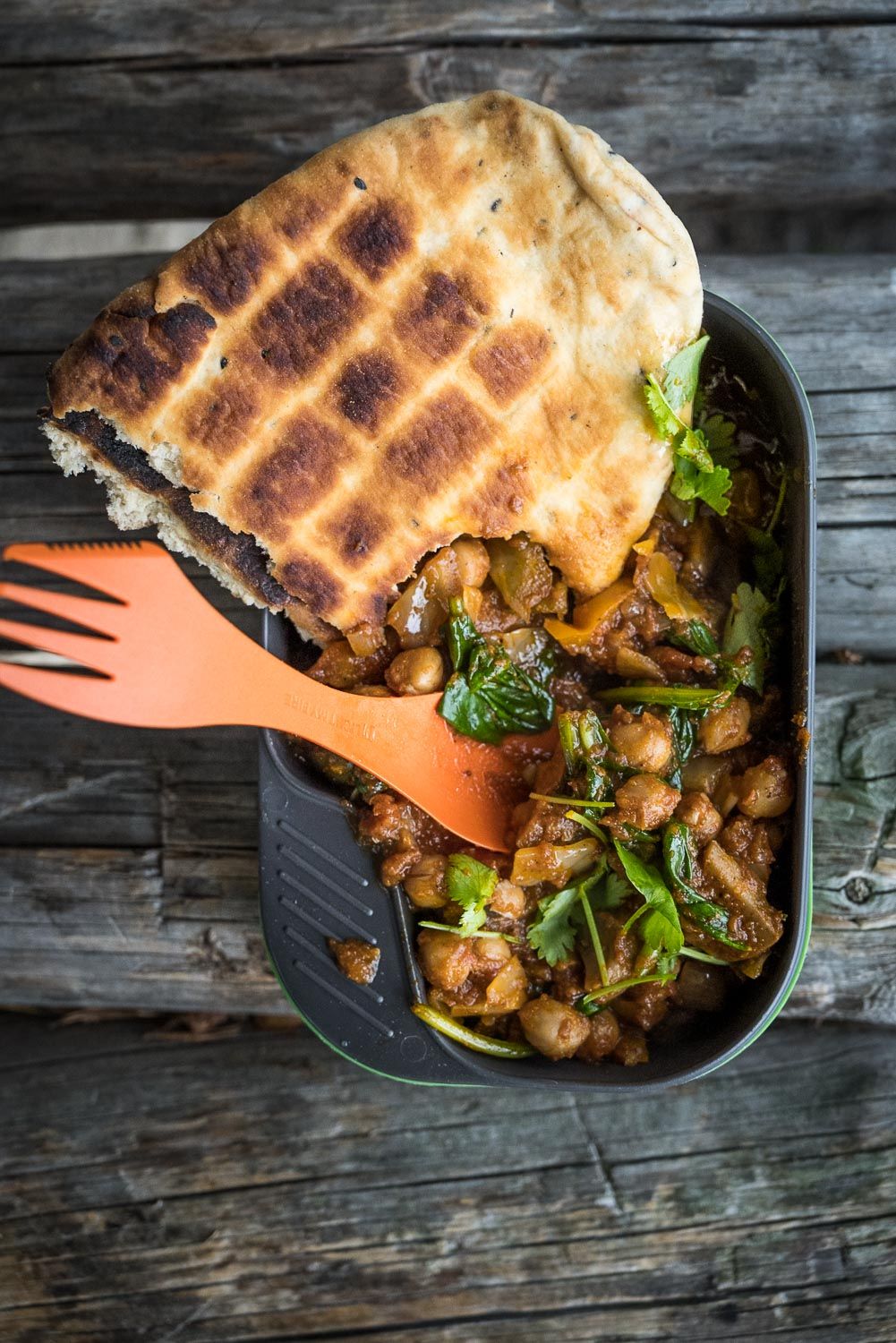 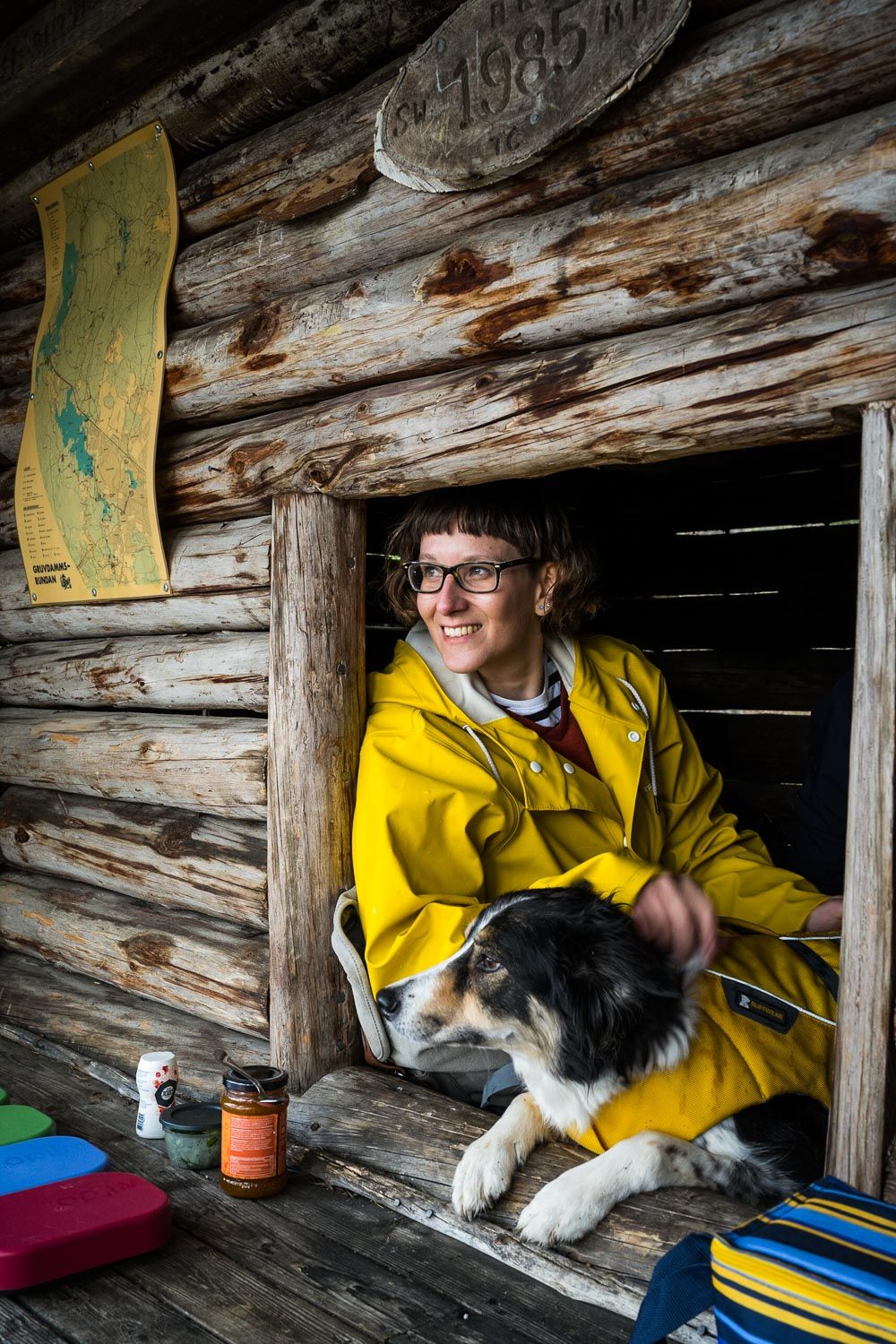 To get to Sweden by land, you can’t avoid water. Now there are roads and (toll) bridges, but travelling by sea is part of your adventure. The Stenaline ferries are ready to sail you and your family safely and comfortably. There are several sea routes possible from Germany to Scandinavia. We sailed from Kiel to Gothenburg in central Sweden.

THE LARGEST RODENTS IN EUROPE
We paddle across a somewhat larger lake. Suddenly, further on, we see a brown fur gliding smoothly through the water. Its head just above the water, nostrils, eyes, and ears almost in line. “A beaver,” says Adam. “Europe’s largest rodent. Beavers are traditionally at home here in water-rich Sweden, where there is plenty of food and living space. It was also hunted for centuries; pelt and meat were highly sought after.”

The beaver has the perfect tools for its gnawing work: four razor-sharp, bright orange gnawing teeth covered with a thick layer of glaze. With these, they can easily cut down trees with a diameter of half a meter. The teeth grow throughout their lives.

BEAVER’S NEST
A few hundred meters further on, the most beautiful houses glisten in the sun along the banks. We canoe on the undeveloped side of the lake, against the woods. Here we find a large pile of wood. “The lodge of a beaver family,” Adam explains. “Maybe the beaver we saw swimming just now.” 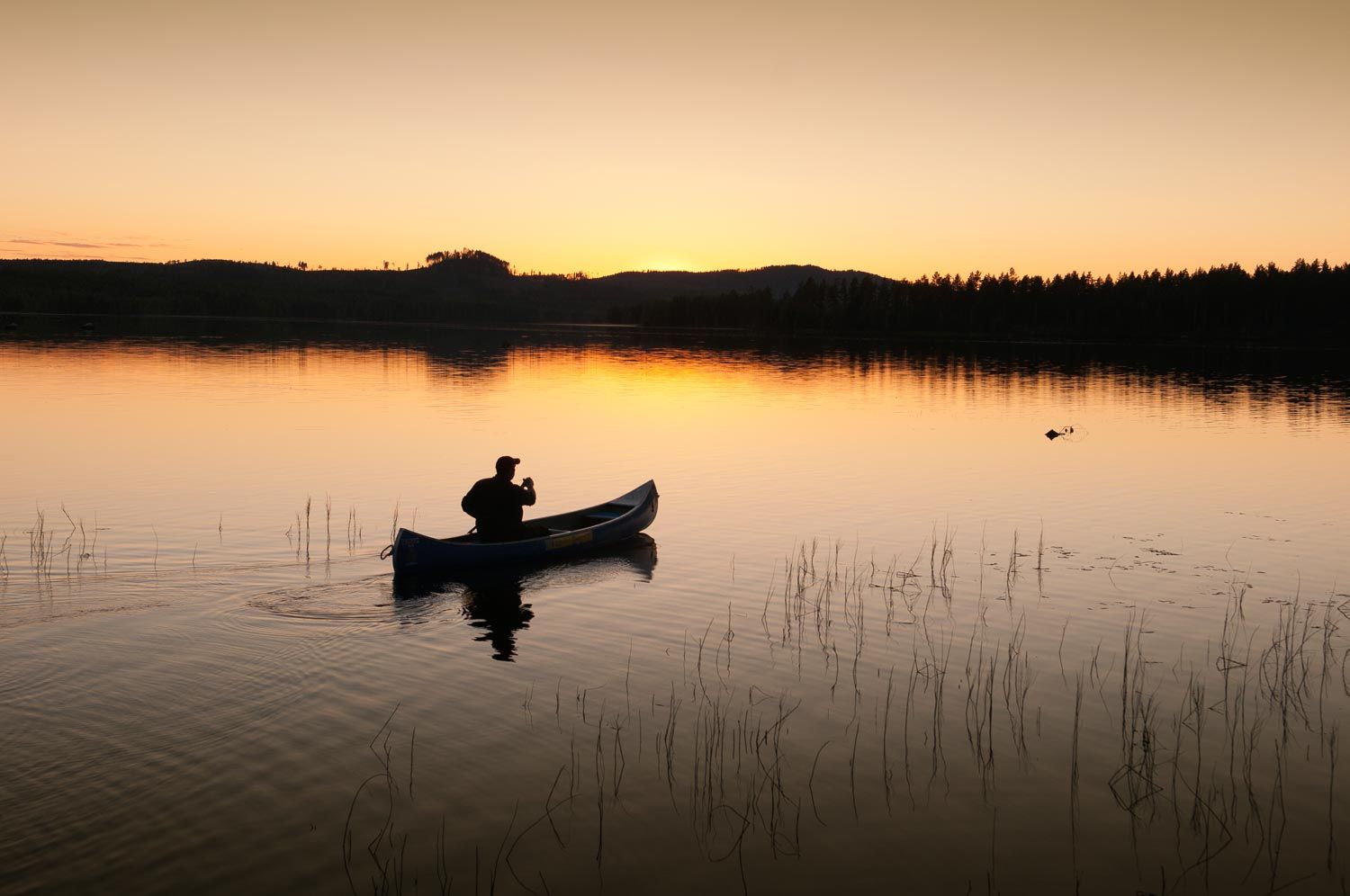 The beaver lives alone or in a small family. The family consists of a parent pair (beavers are monogamous), some of last year’s cubs and two to four newborns born between April and July. Last year’s young help with the care of the newborns. Each family has its own territory, which sometimes overlaps. The habitat is meticulously marked with scent substances, the so-called beaver horn, which comes from a special gland. “By the way, we make an extraordinary drink from it here. It’s called Bävergälle,” laughs Adam.

“Beavers are very social, so social that they sometimes even have guests”

A large part of the beavers’ time is spent gnawing; beavers need a lot of wood. “You can see that in the castle, which contains several tonnes of wood,” says Adam. “Do you see those gnawed-off beech stumps lying there? They are completely stripped. They sometimes soak the branches in water because the bark is a delicacy for them. They use what remains as building material for their castles. Besides bark, the animals also eat plants, roots, twigs, and leaves.”

We don’t want to get too close, so we don’t disturb the animals, but with binoculars, I can examine it closely. Beavers are particularly skilled builders. “Every beaver family builds a fortress like this along the bank, often supplemented with dams to ensure the fortress is partly underwater,” says Adam. “The entrance must always be below water level, while the living room must always be dry, even in winter. The lodge consists of branches piled on top of each other, between which the beaver applies mud and water plants for insulation. Such a pile of branches can cover many square meters, be up to two meters beaver dam can be dozens to more than a hundred meters. Sometimes they even build a sluice to let high water run away or let in water. And did you know that in addition to the living room, they also have bedrooms? And even a toilet. They are also very social, so social that they sometimes have guests. Water rats sometimes come to stay,” laughs Adam. “And see that slippery spot right there by the water? Apart from their burrows and feeding trails, you can also find typical beaver ‘slides’ along the water’s edge, muddy pits where the animals often enter and exit the water. That’s one of them. 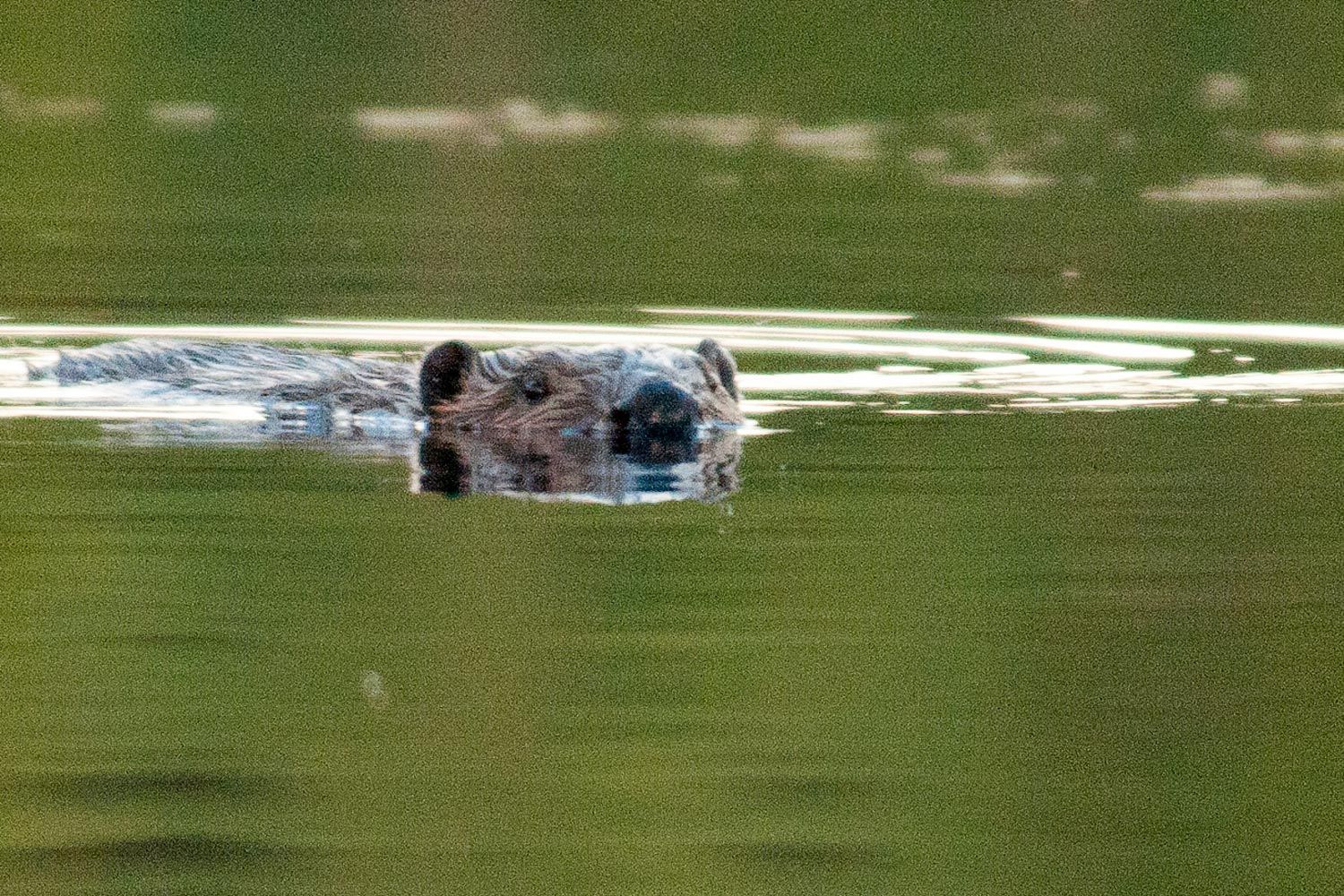 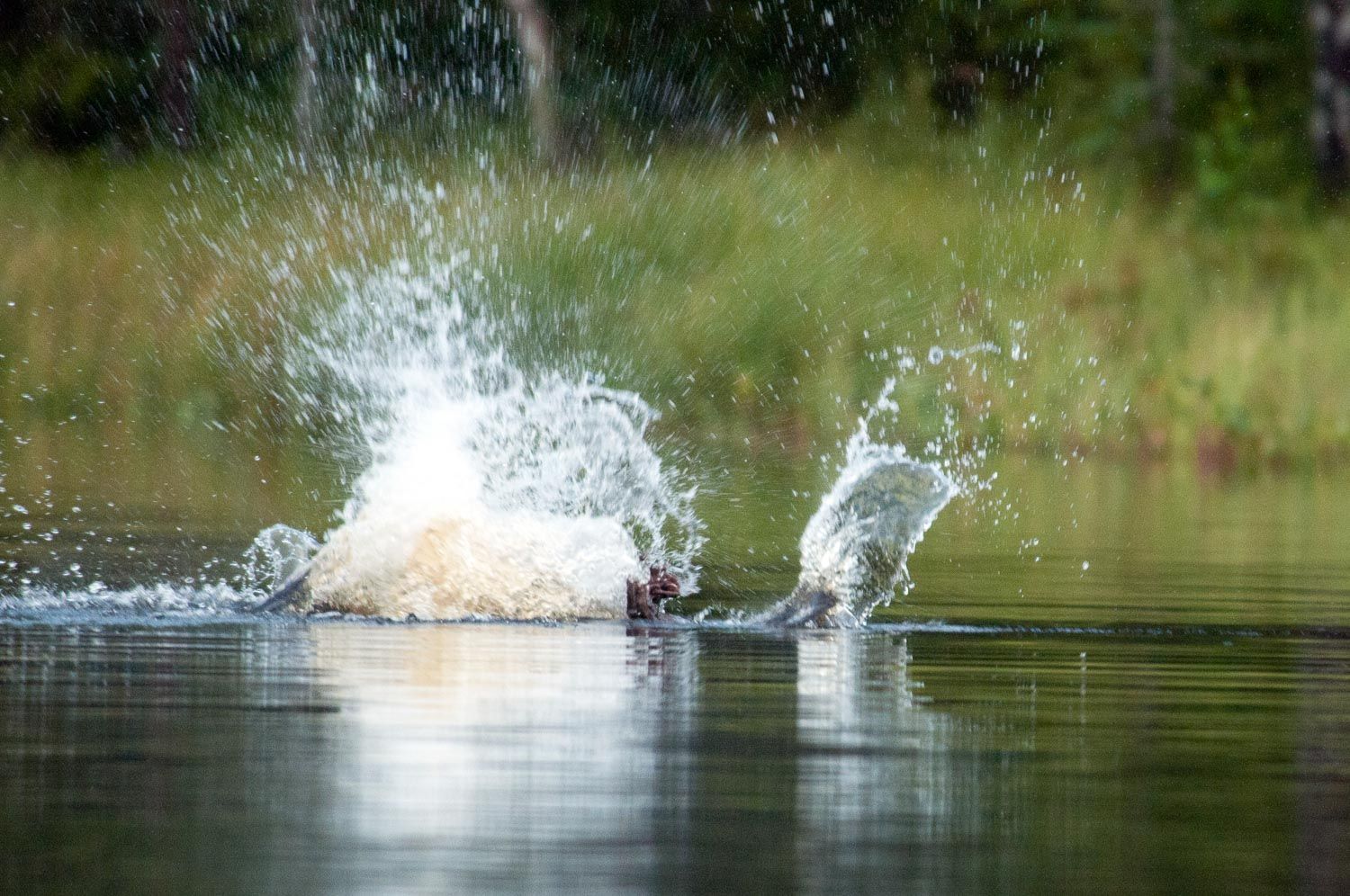 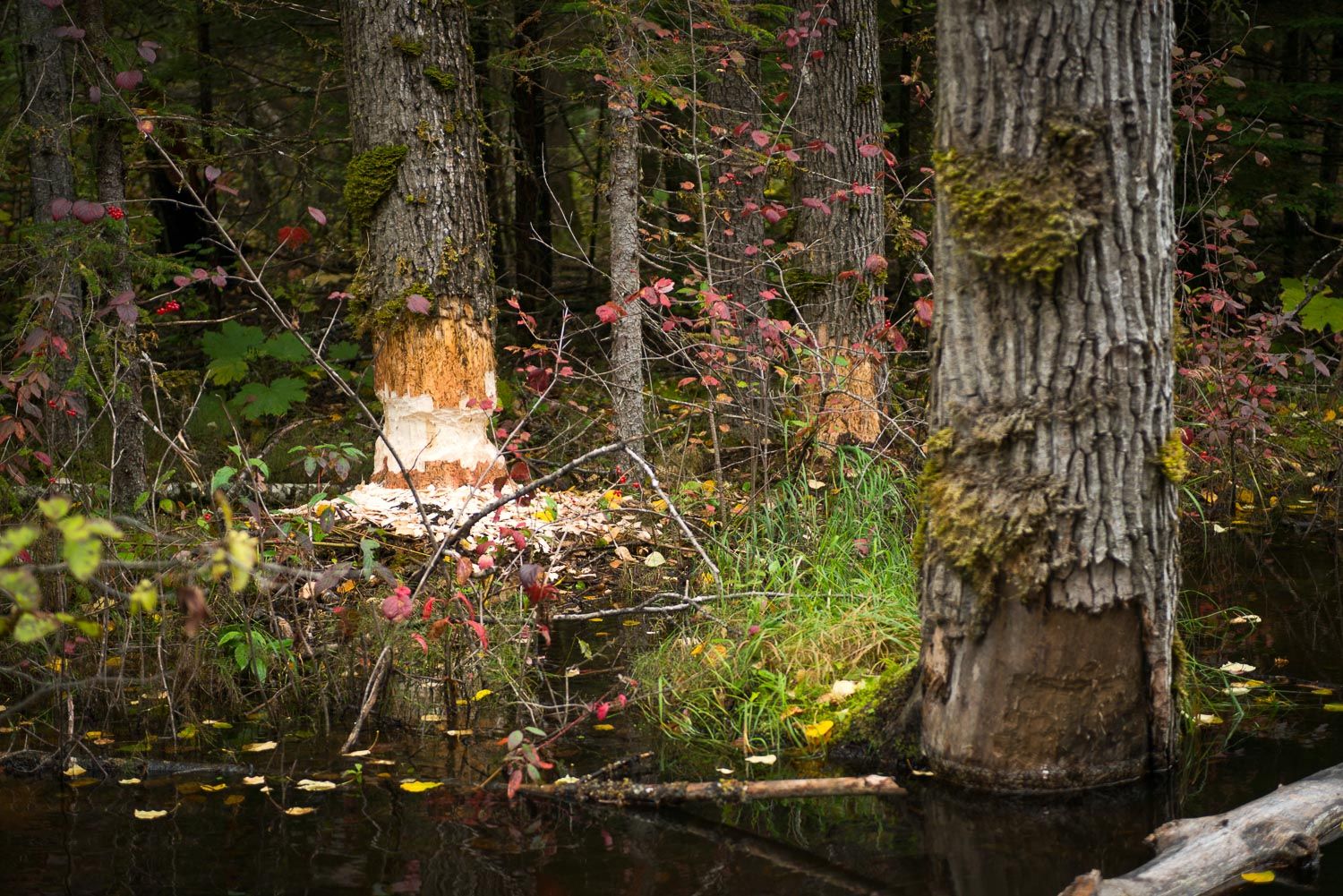 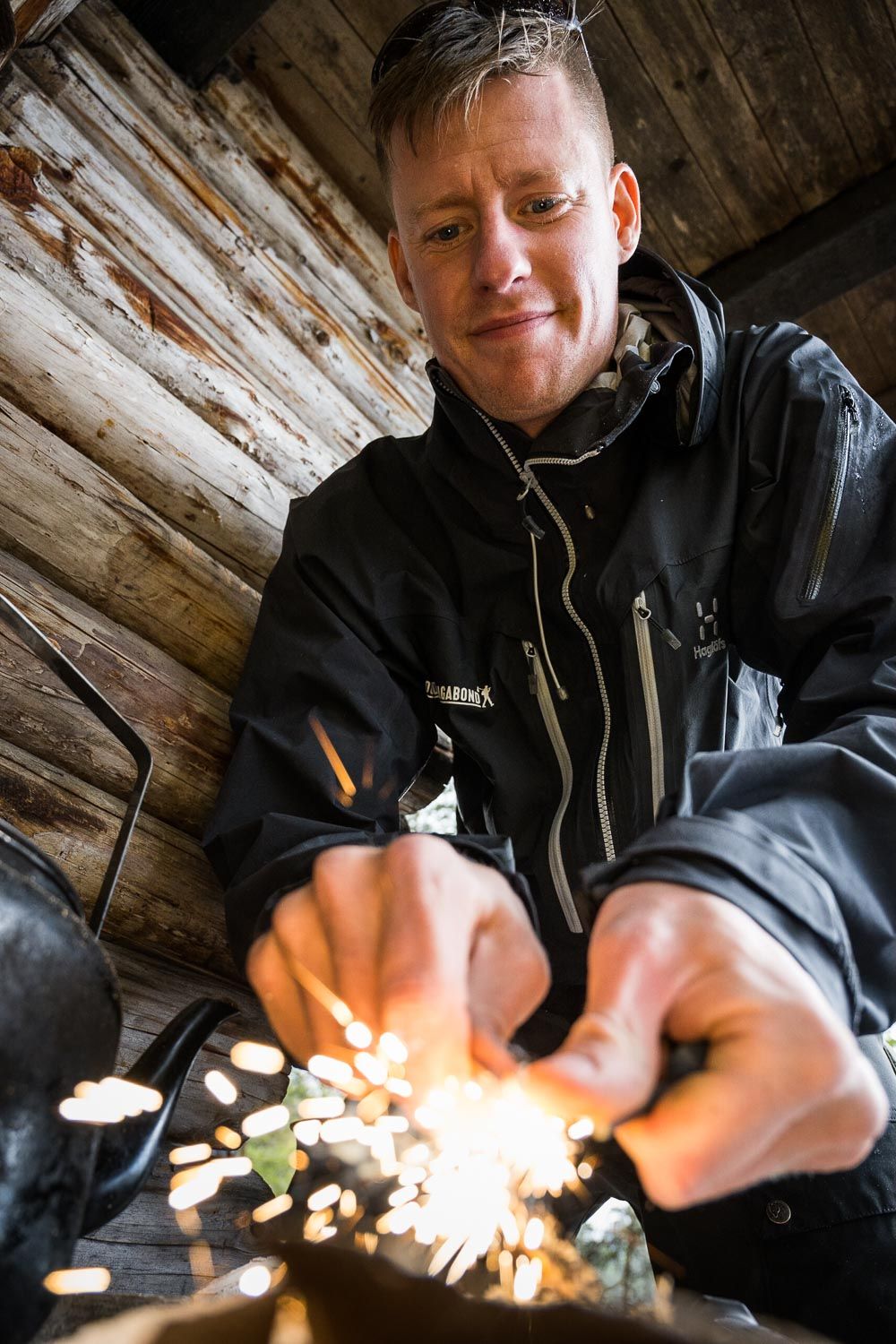 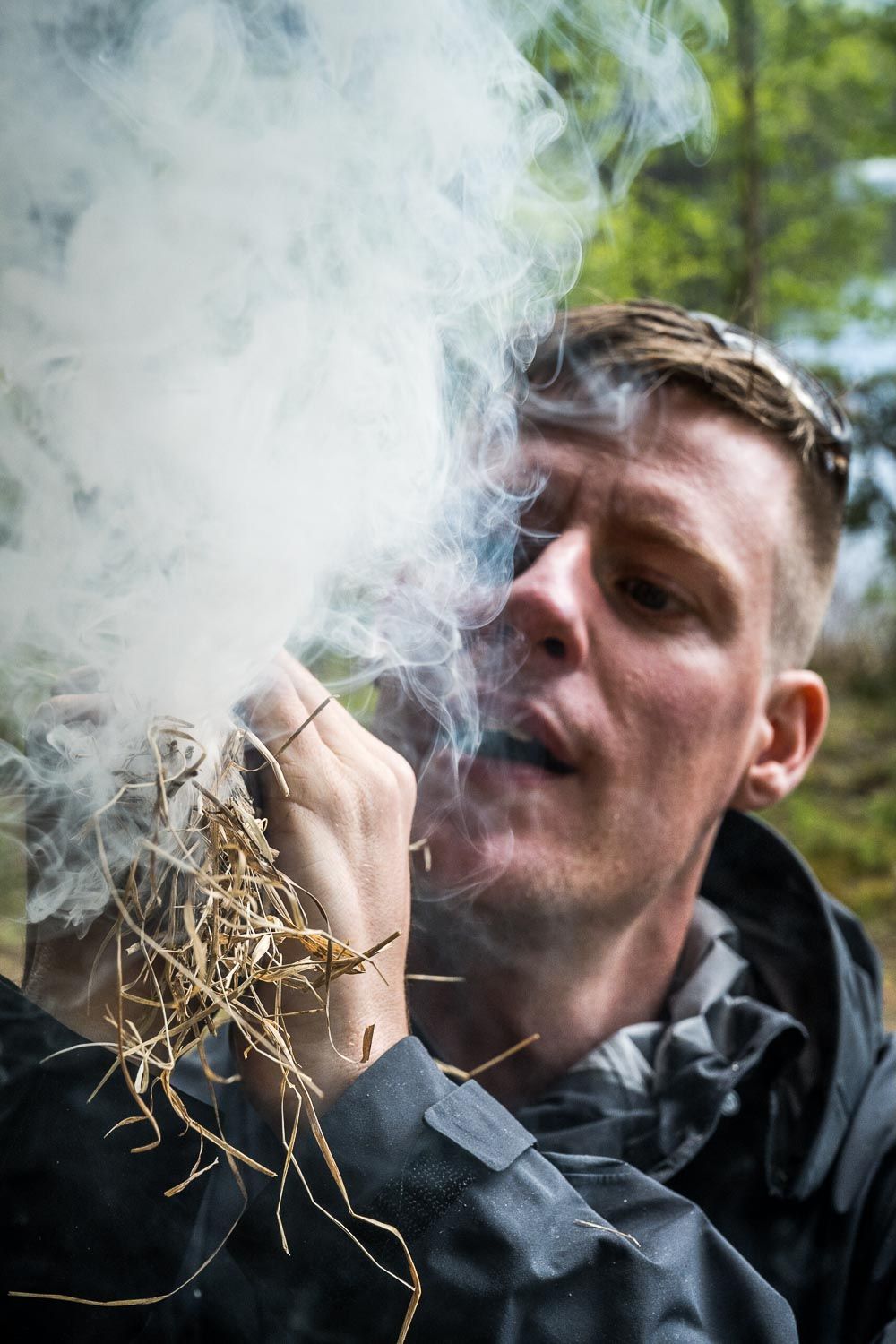 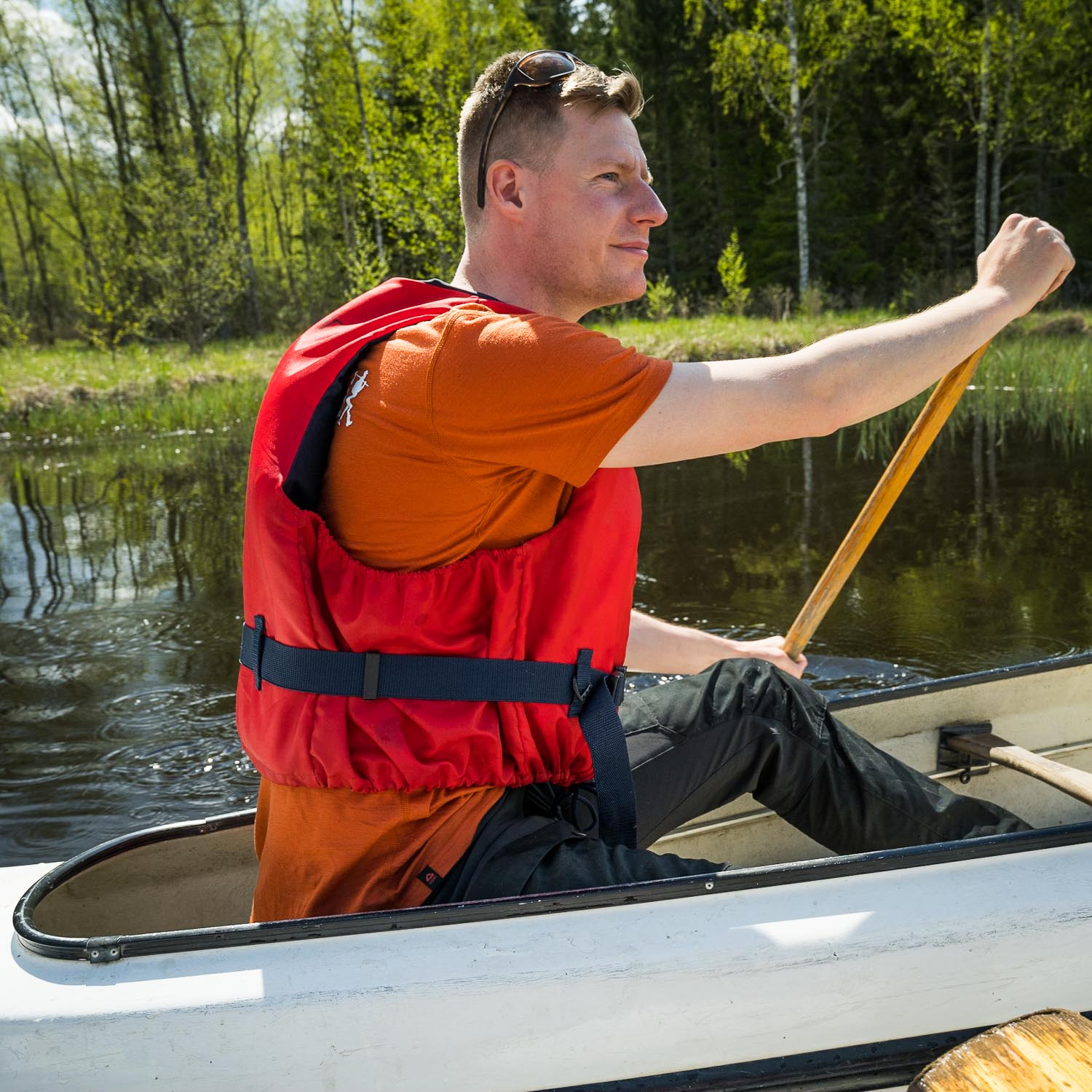 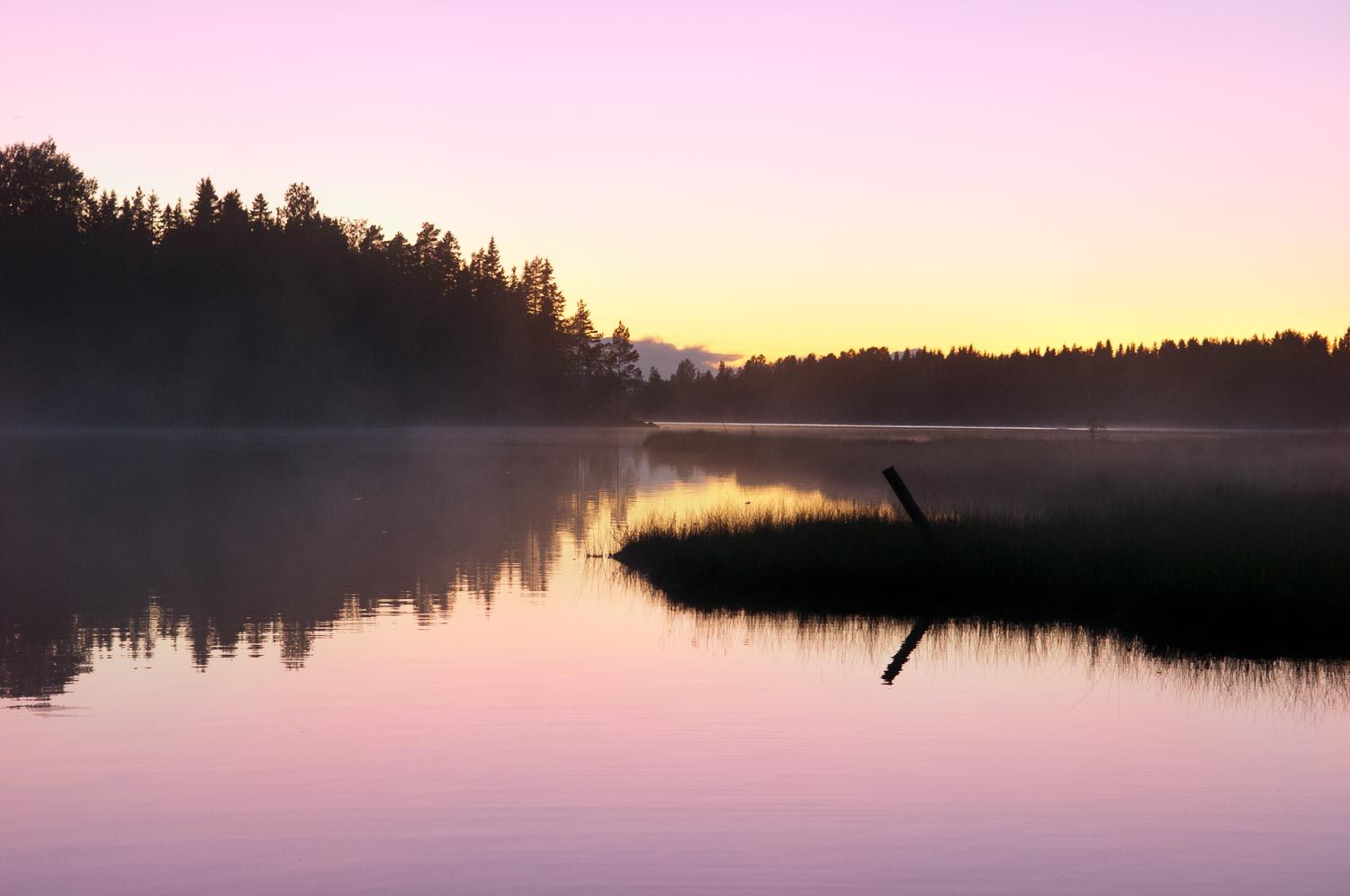 MAKING FIRE
Adam calls the beaver an asset to nature. Their gnawing brings variety and rejuvenation to the forest. In the open spaces, they create, all sorts of light-loving plants flourish. And in the summer, they shorten whole zones with water plants, which prevents them from growing over and improves the flow. In the lakes created by their dams, clay and sand settle. This shallow water is very attractive to frogs, dragonflies, spawning fish, and aquatic plants. When the forest is ‘finished,’ the beaver family moves to the next place. At the deserted location, the forest grows again. In this way, beavers bring dynamics into the landscape everywhere.

We moor the canoes at a wooden hiker’s hut that is dotted around the forests of Sweden. Often placed by the government. Time for lunch. But for lunch, of course, you need a fire. Of course, a lighter and woodwork. But secretly, it’s much more fun to make a fire differently. Adam has some specially dried mushrooms that glow quickly when you tap them with your flint. He takes a birch bark and puts some of the dried mushrooms on it, together with some birch bark chips and hay. He taps his flint above the mix, and after a few taps, the sparks begin to fly. Then Adam rolls up the bark and gently blows into it from one side. Soon it begins to smoke and then flame. Oops. Within minutes, lunch is simmering in the blackened pot on the fire.

We need a good lunch after our canoe trip along the Sala waterways. The area is divine in terms of nature. Although a fortune in silver has been extracted from the ground in Sala, nature is the real gold. Even though man partly digs it. But then again, we are nature too.

Paddle along with Adam at Sala 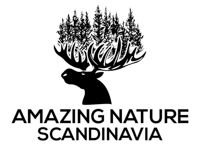 Experience Sala’s stunning nature and history during this fantastic nature and culture experience. Together with the guide you will paddle for a whole day through a limited part of the enormous water system that was an indispensable part of the silver production that took place in Sala.