In 1993 Fredrik Broman started his photography career in Råne River Valley, Arctic Sweden, as his home base. After many years taking pictures as an experienced commercial travel photographer, he decided to build Aurora Safari Camp. From there on, he added many more skills and experiences to his curriculum so he could properly develop tourism in the Northern forested lands. 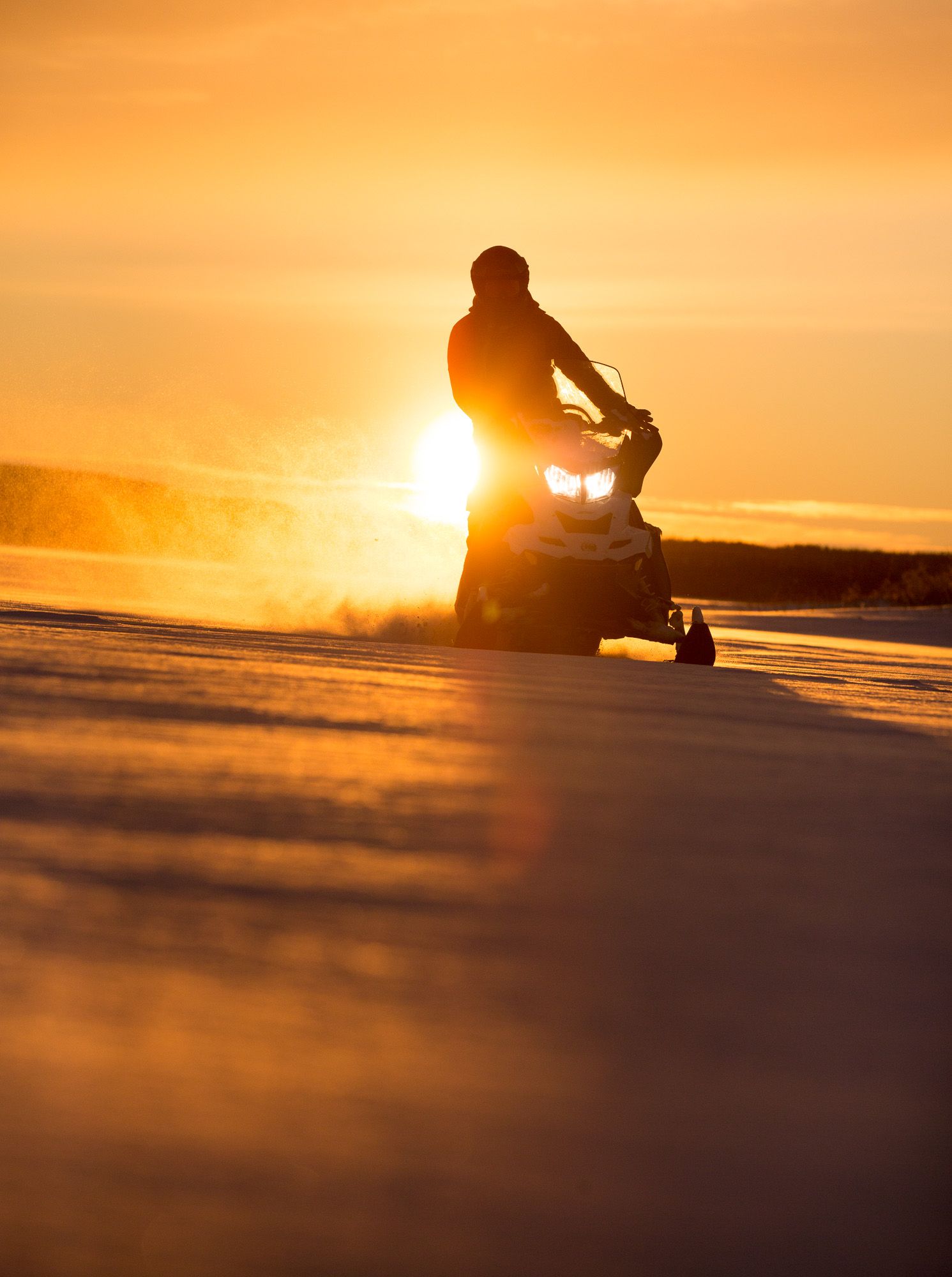 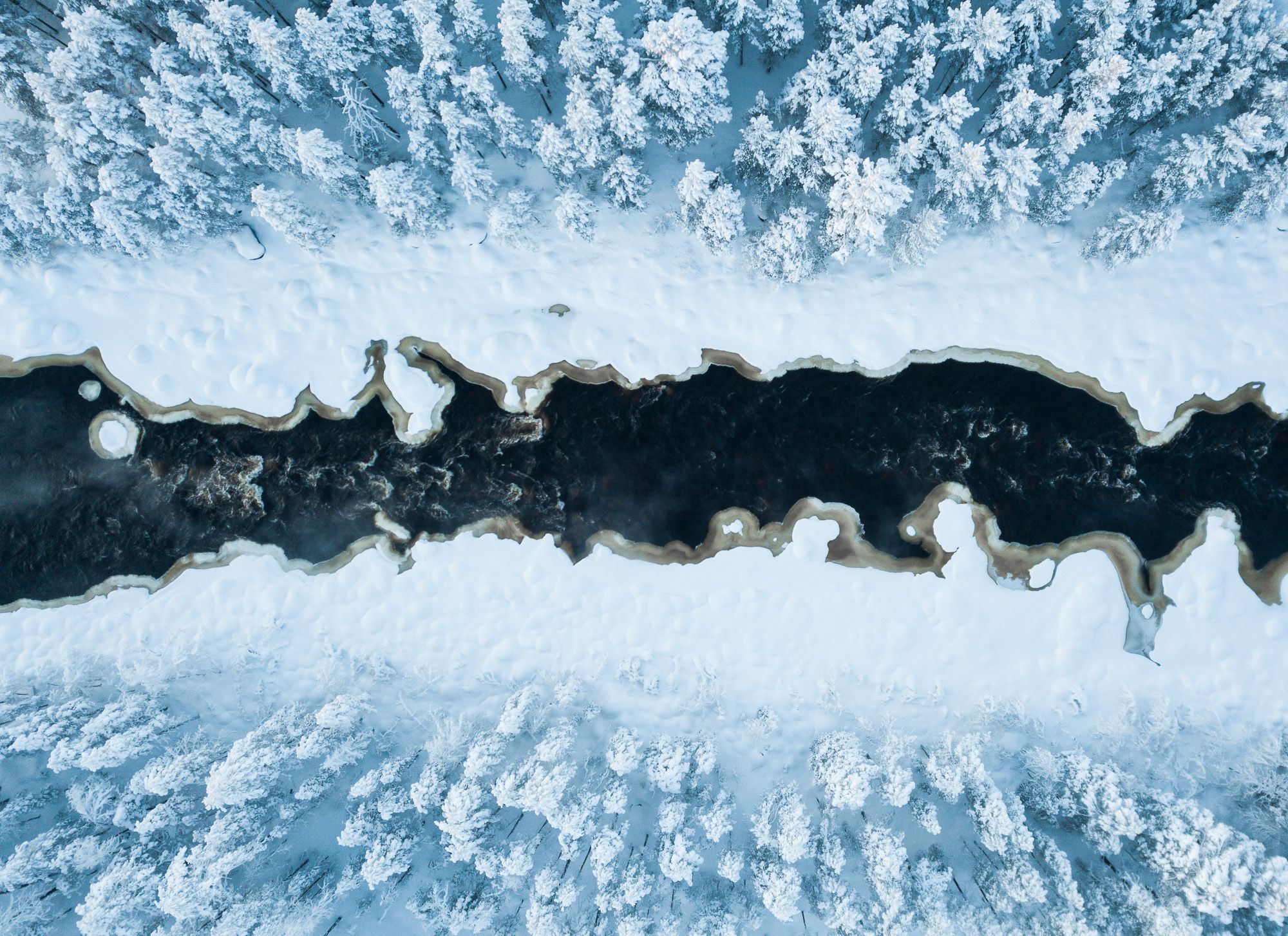 How long have you been working with the camera, Fredrik?
“As a child and teenager, I was actually drawing and sketching”, says Fredrik. “Later I joint the Swedish Navy and went out on the oceans for half a year. To document that journey I bought myself a full (analogue) SLR kit. And I was hooked. So I started my business from that day onwards, going out with the navy and slowly made my way up North, you might say. That was in 1993, when I was 22 years old. I grew up close to Stockholm, in Uppsala, with my grandmother and stepfather. However, I had a constant yearning for the North. During my first 8 years as a child, we had a farmhouse next to Kalix River here in the North and I guess those childhood memories have never left my mind. I spent the school holidays up North with my mother and stepfather, in a small wilderness cabin, which we still have. I spent a lot of time fishing and exploring here in the Råne River Valley with my father and brother. Those experiences really shaped me as well as my ideas of where I wanted to be in the future”.

Back in those days, what was it like trying to make a living as a photographer full-time?
“Well, hard work, ofcourse. You needed social skills to contact potential clients, et cetera. And then there was my mother, who –naturally- thought I should get a proper education (laughs). Yet, she supported me as well. Anyhow, I took classes at Luleå University in education, maths and science and became a teacher. The combination of my photography and teaching skills brought me to Kenya and gave me a new perspective on both tourism and photography. I got a job at the Swedish School in Nairobi and during that time, I also wrote an educational book about the savannah and the Masai for schools in Scandinavia. Those were absolutely amazing years”. 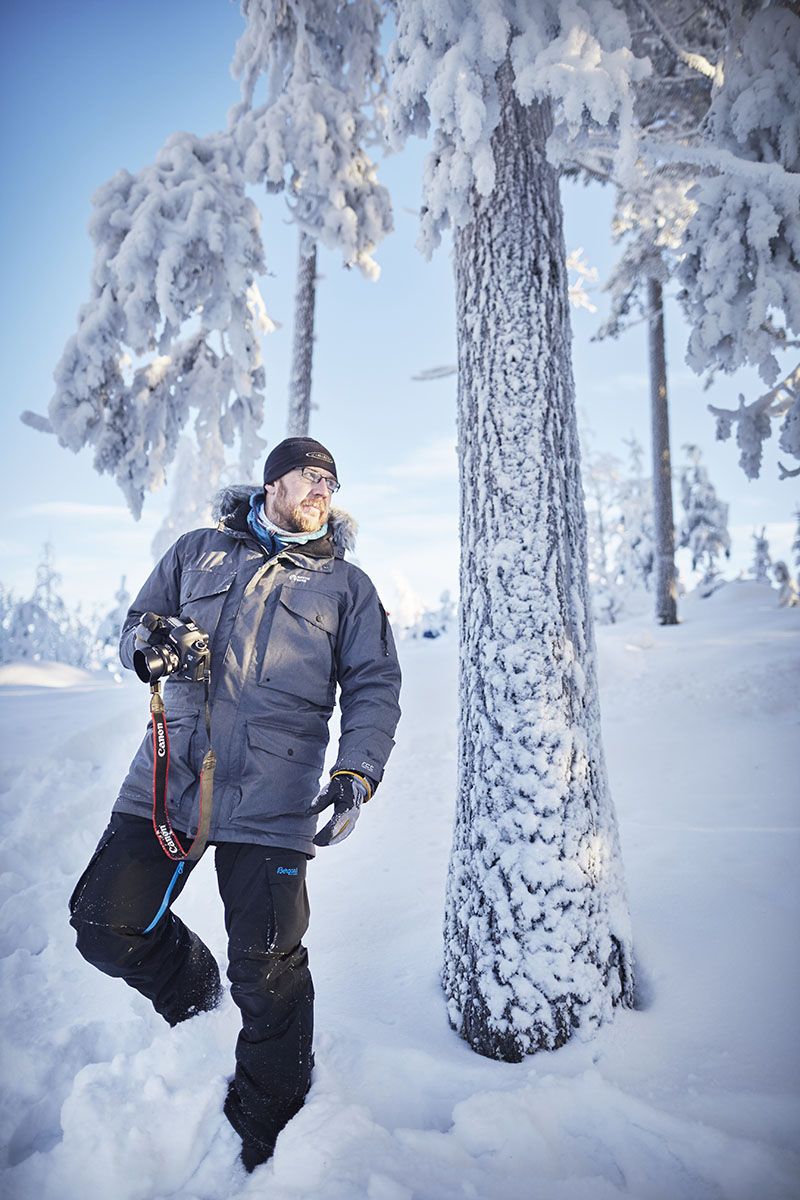 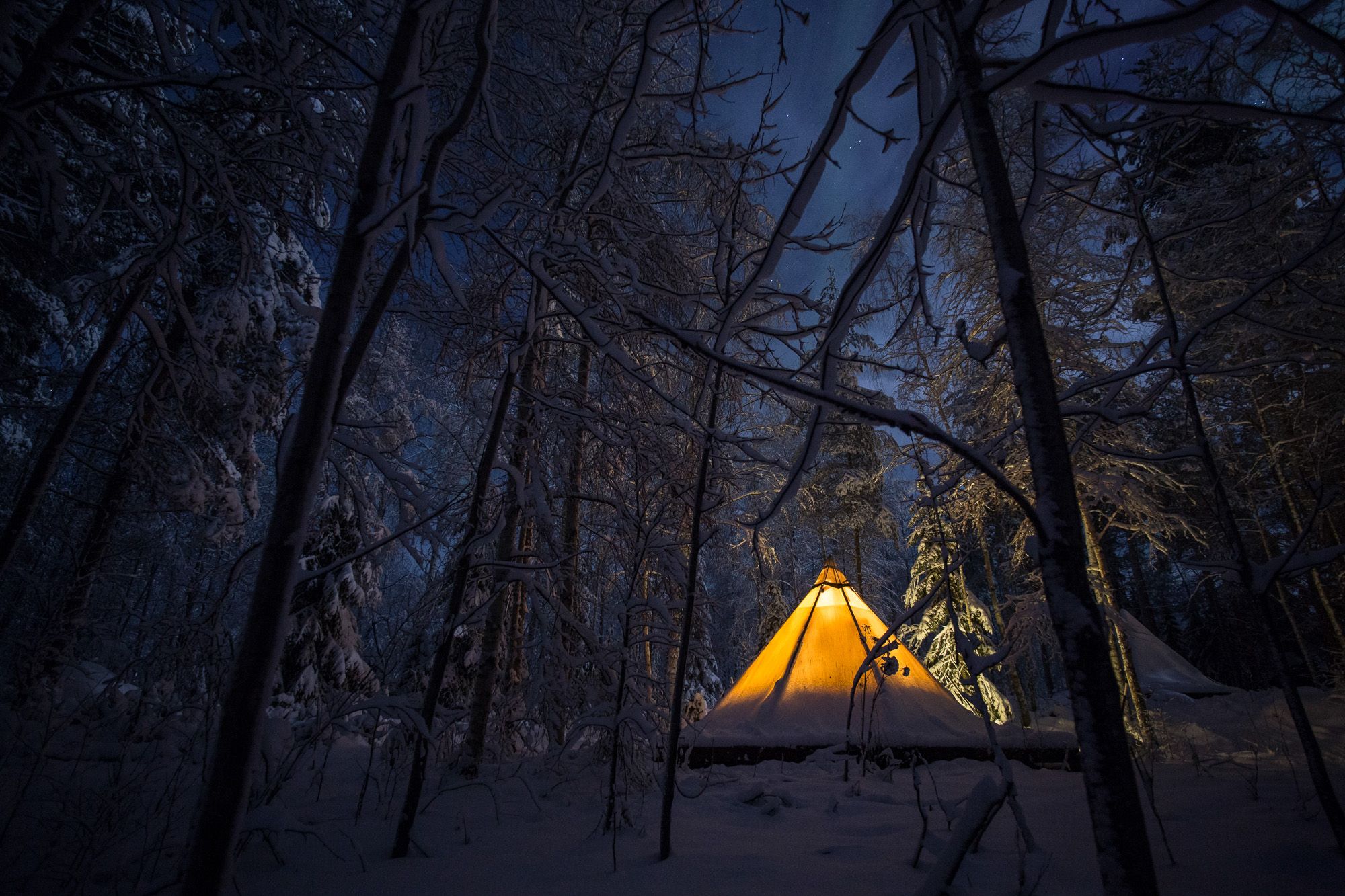 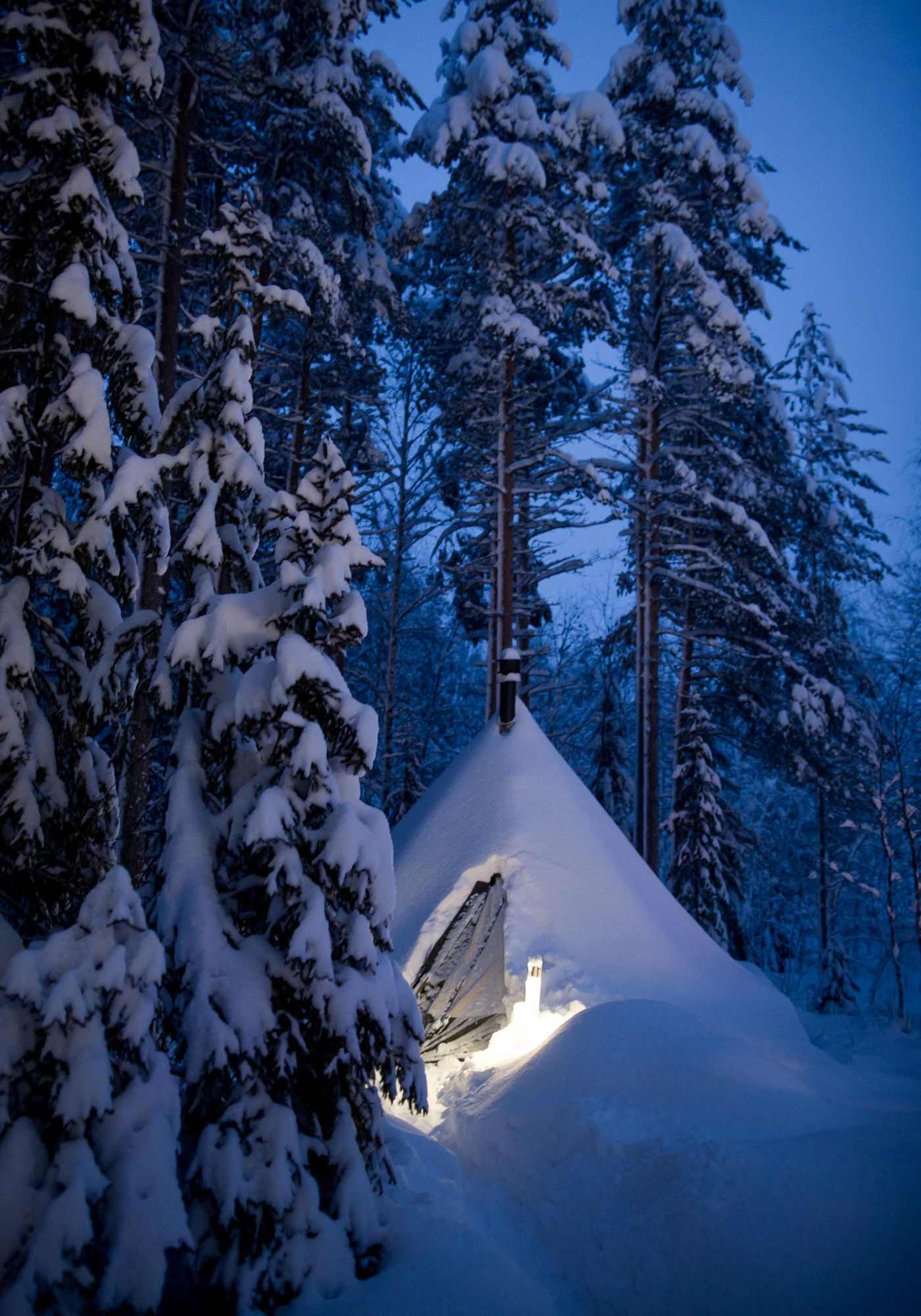 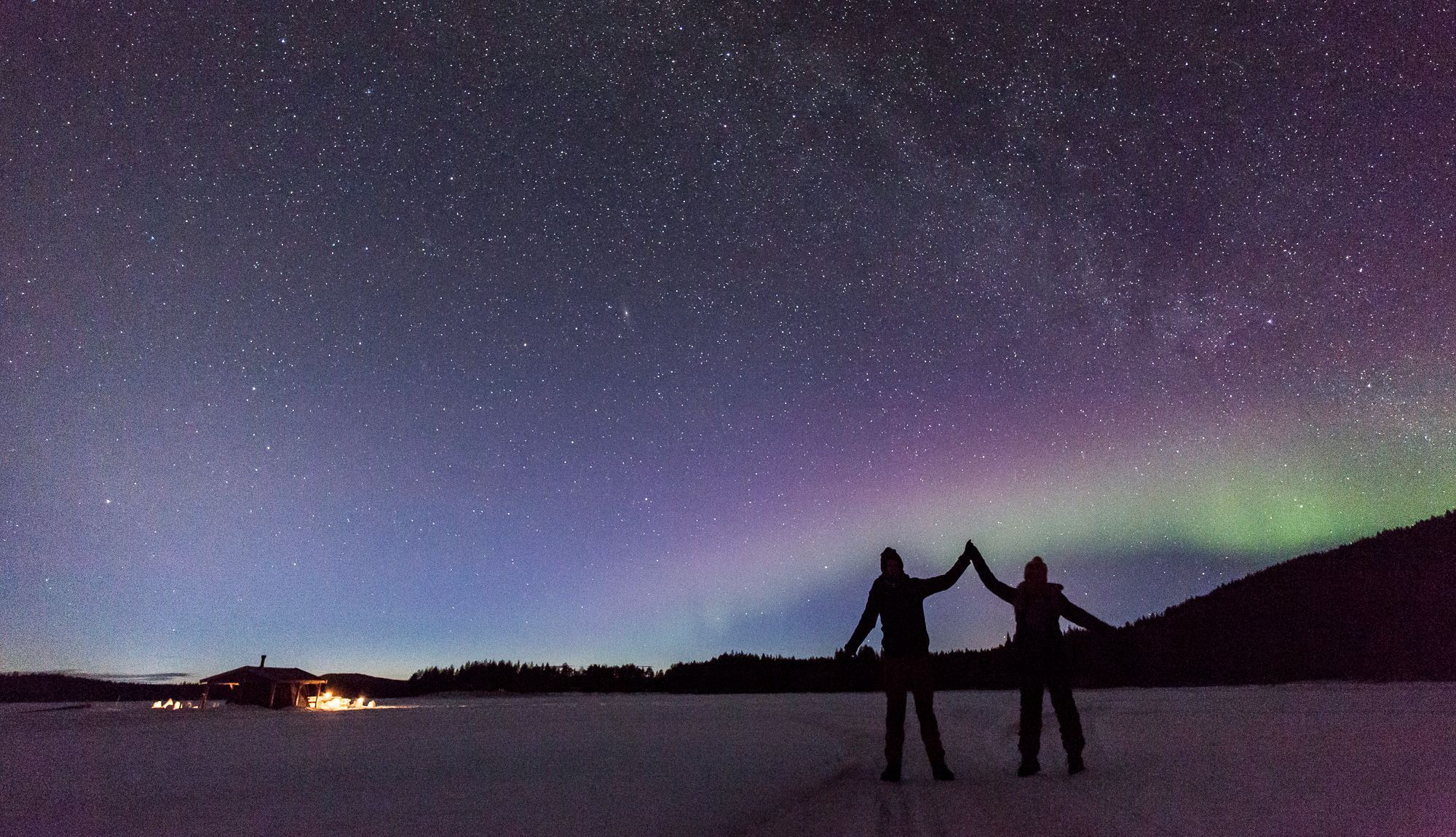 Fredrik, are you a guide, tour operator or a photographer?
“Haha, well.. It did all start with photography, which is still the thing that drives me and develops me creatively. But the work needs to have purpose, for me. It hasn’t always been like that. I was a commercial photographer from the start, selling stock images (which paid off in those days). I started doing photo tours and then basically got hooked on Aurora Safari Camp, adding it to my already existing tours at the time. I needed my own place to host guests and give workshops. And it was here where I really found a purpose for my images of this area in Northern Sweden.

The years with my camera in Kenya have helped a lot, it gave me perspective on my own ‘backyard’ and for possibilities in it, which I could do there.

To create something that really developed this small community, that was important to me. Setting up a camp felt only natural after my experience on the Masai Mara savannah. As early as 2001, I had already come up with the idea to build a camp in Arctic Sweden, but it did take me until 2013 to actually do it. And here we are now, with a lodge. The Outpost is situated a bit more upstream from the camp at the Råne River and soon I’ll be starting an activity company as well as hot air ballooning. All this comes forth from visions, ‘possible images to take’, you could say. Ideas of what to expose, to exhibit. Those years with my camera in Kenya have helped a lot, giving me perspective on my own backyard and what possibilities I might have, what I could do”. 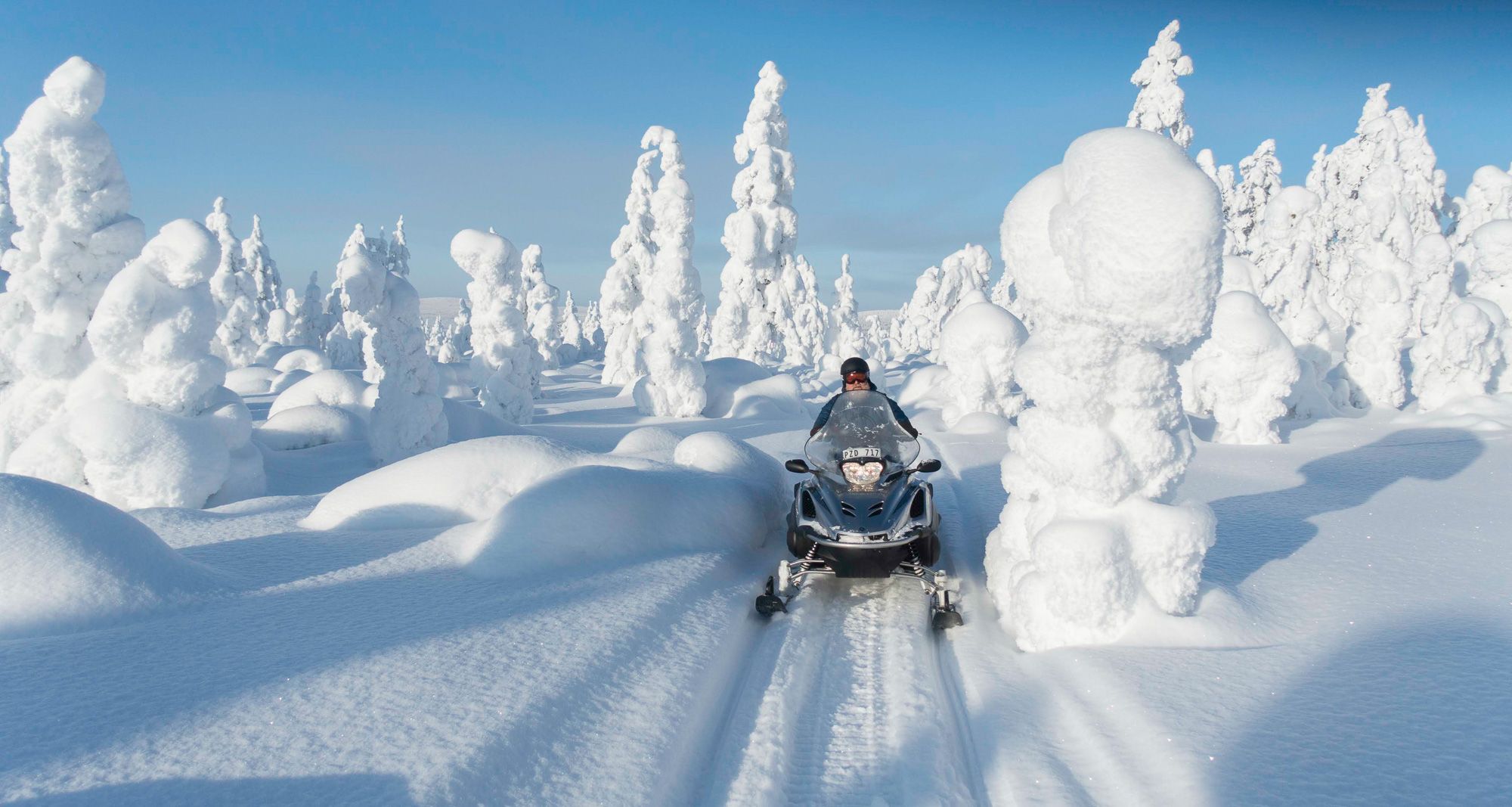 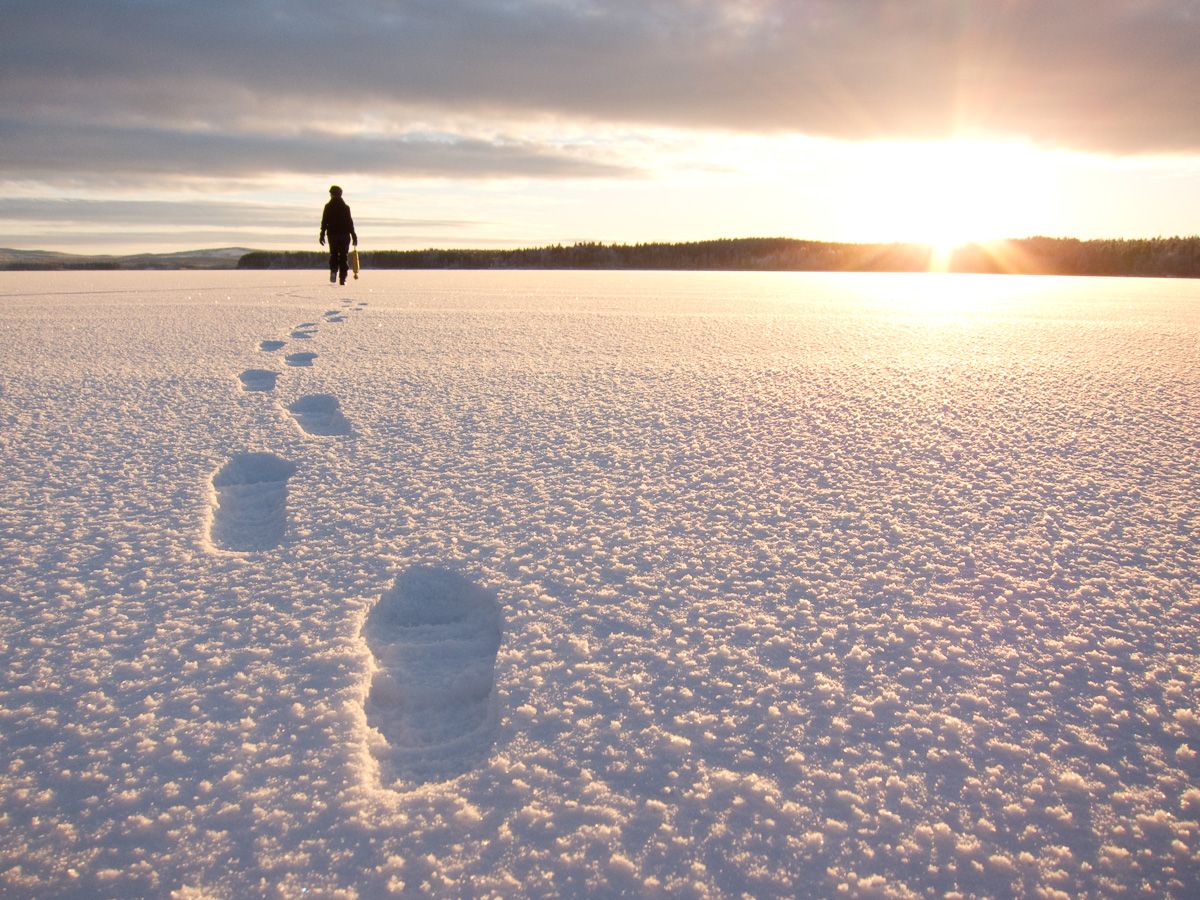 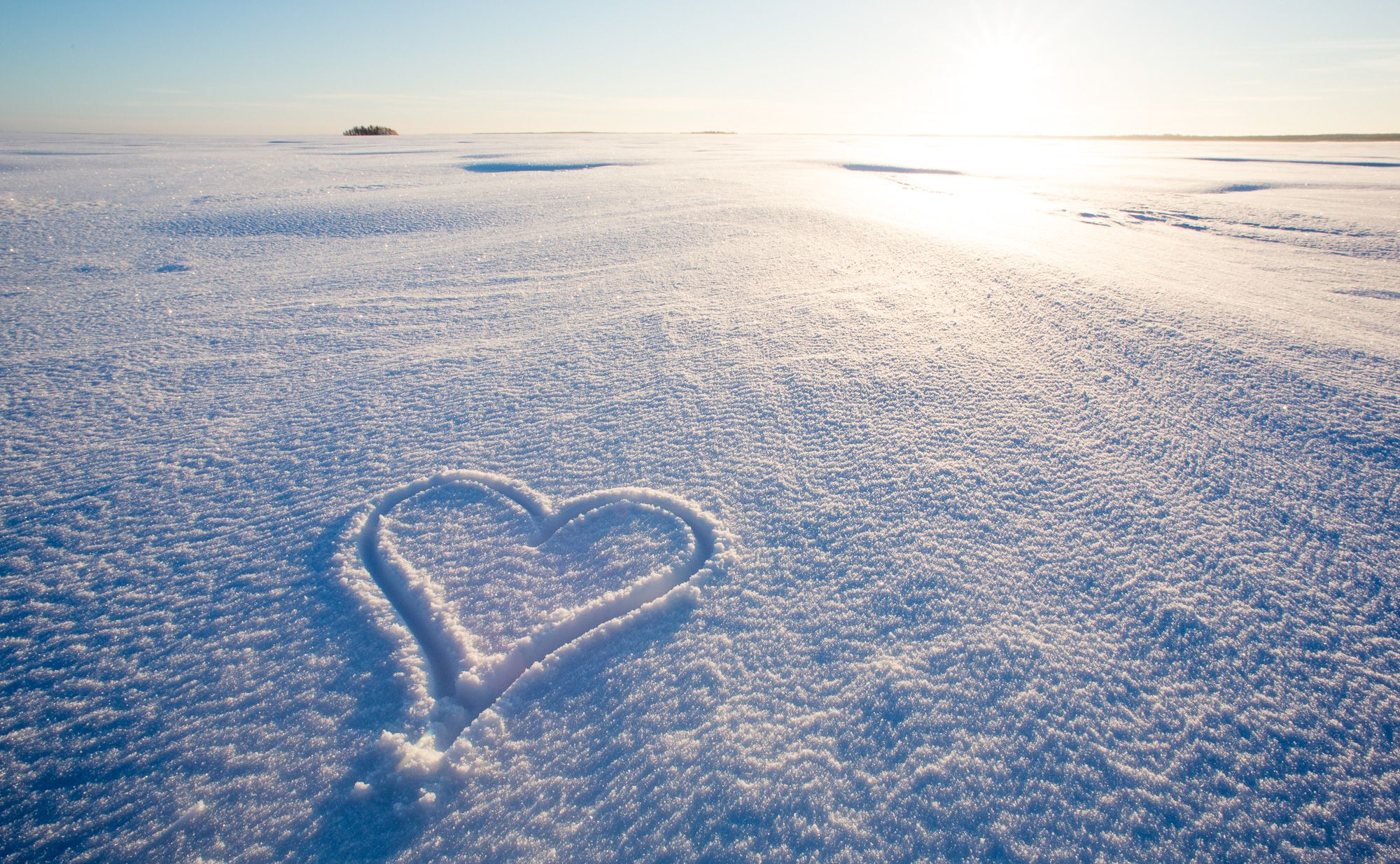 How do you think your photography will develop from where you are now?
“Actually, I’m aiming to set up a gallery! It will be hosted by a former grocery store in the village of Gunnarsbyn, our community centre here in Råne River Valley. We bought the house with this purpose in mind a few years ago. I’d like to work with fine art prints and arrange events, some of those in the gallery, all connected to exposing nature and culture here in Arctic Europe. We are basically positioned in the centre of a fantastic area. It will be such a great activity for the guests we host at our lodge and in the camp, to come here on their snowmobile, by canoe or kayak, visit the gallery for some refreshments, have a look at what’s on the walls and then pop back into the wild to return to the camp. And yes, all the hard but amazing work setting up our small-scale tourism operations has taken a lot of energy. I have had a creative downer for some time when it comes to my camera, but it feels like the idea of the gallery is taking me back on track again. For me, it’s always been like this. I need a goal for my images. I want something else to develop alongside my images. And now it looks like the idea of the gallery will push me forward, photography-wise.”

How can you manage all of this?
“Well, when I first arrived in Kenya in 1998, I walked into a small office at a tour operator I’d heard about. It was run by some guys from Sweden and it had a camp in Masai Mara. As soon as I entered the door, the guy on the left in the office said to me: “Hey, you’ve worked in the small store outside Uppsala where I grew up, around 1988-1989!”. And yes, indeed, that was true. It was Jonas Gejke, my current partner in the company now, here in the North. He’s still got his African operations running, but moved up to Gunnarsbyn in Råne River Valley with his family, after having spent 25 years in Kenya. He’s an expert in tourism ground operations, you might say. A much needed skill for me today. We’ve been working together since I’ve met him in his Nairobi office that day in November 1998. And we’ve worked together for operations in Kenya, Rwanda, Tanzania and a lot of projects here in Arctic Sweden and Norway.” 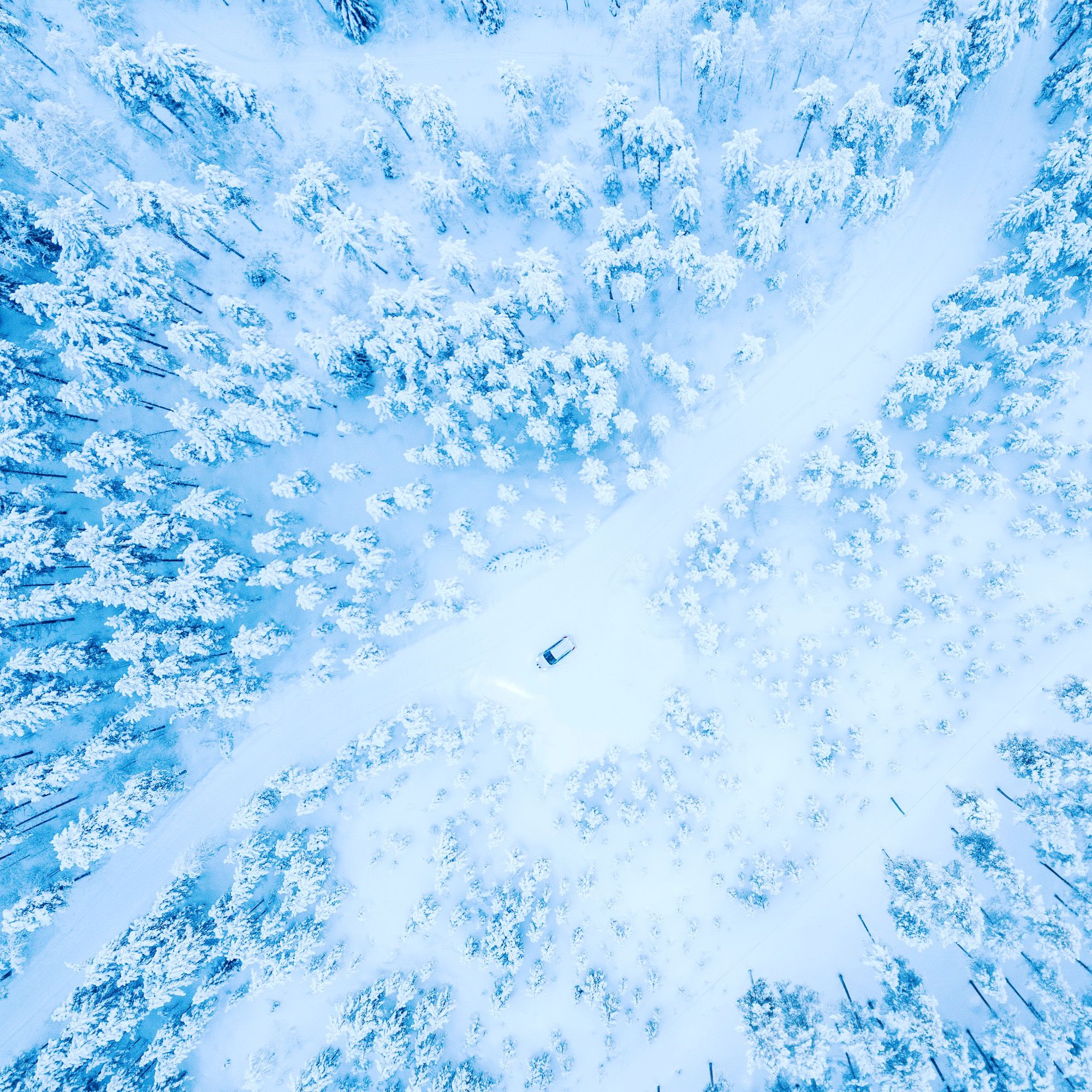 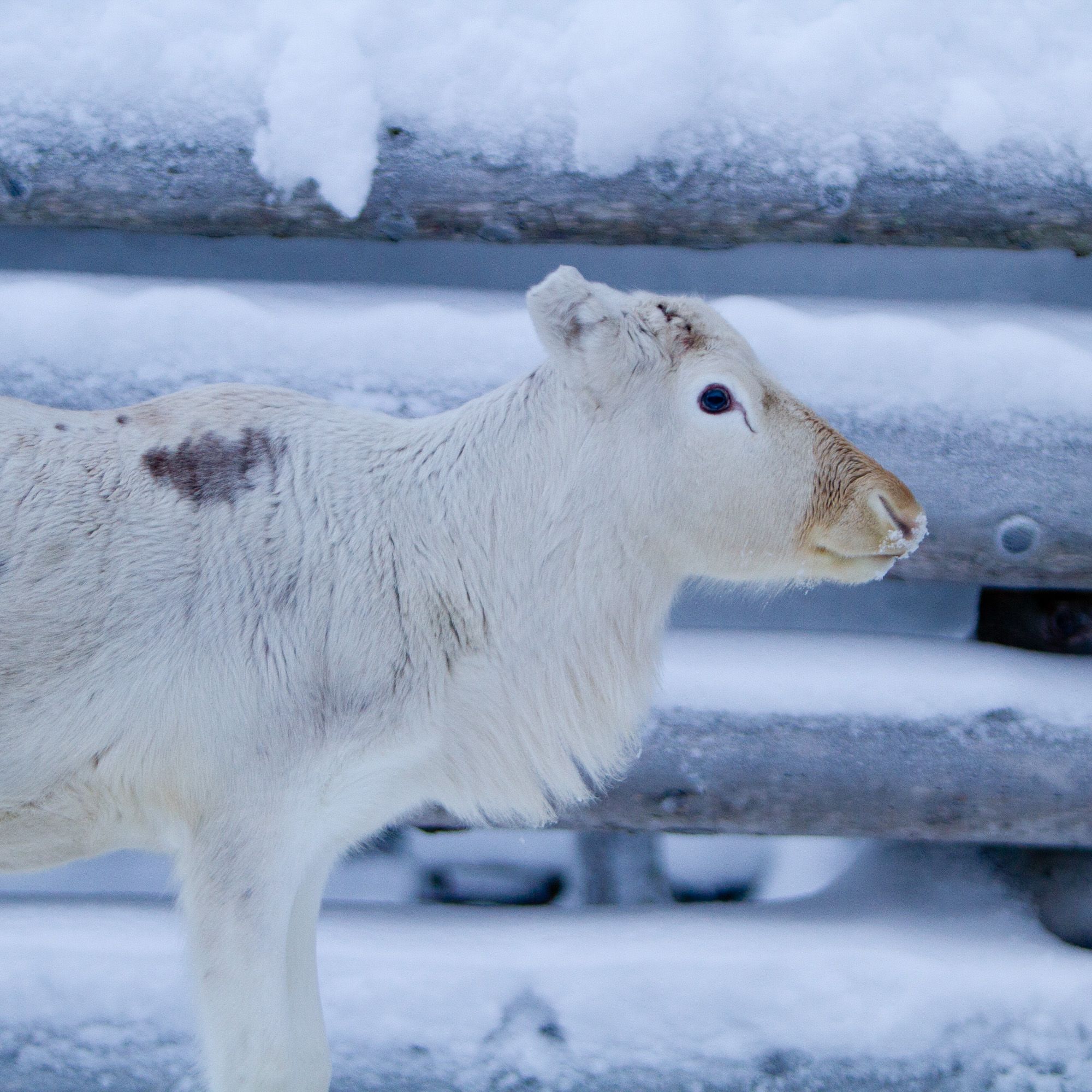 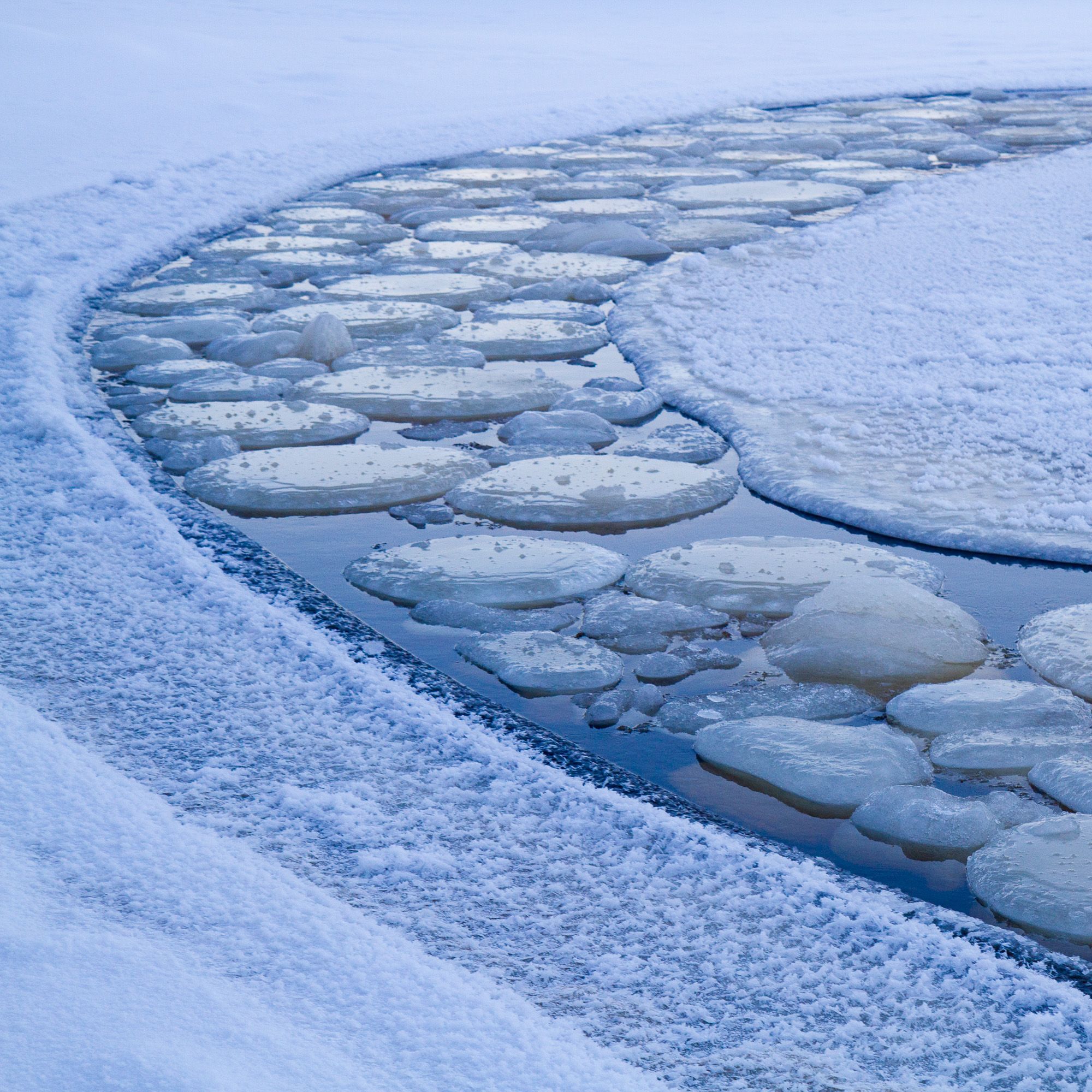 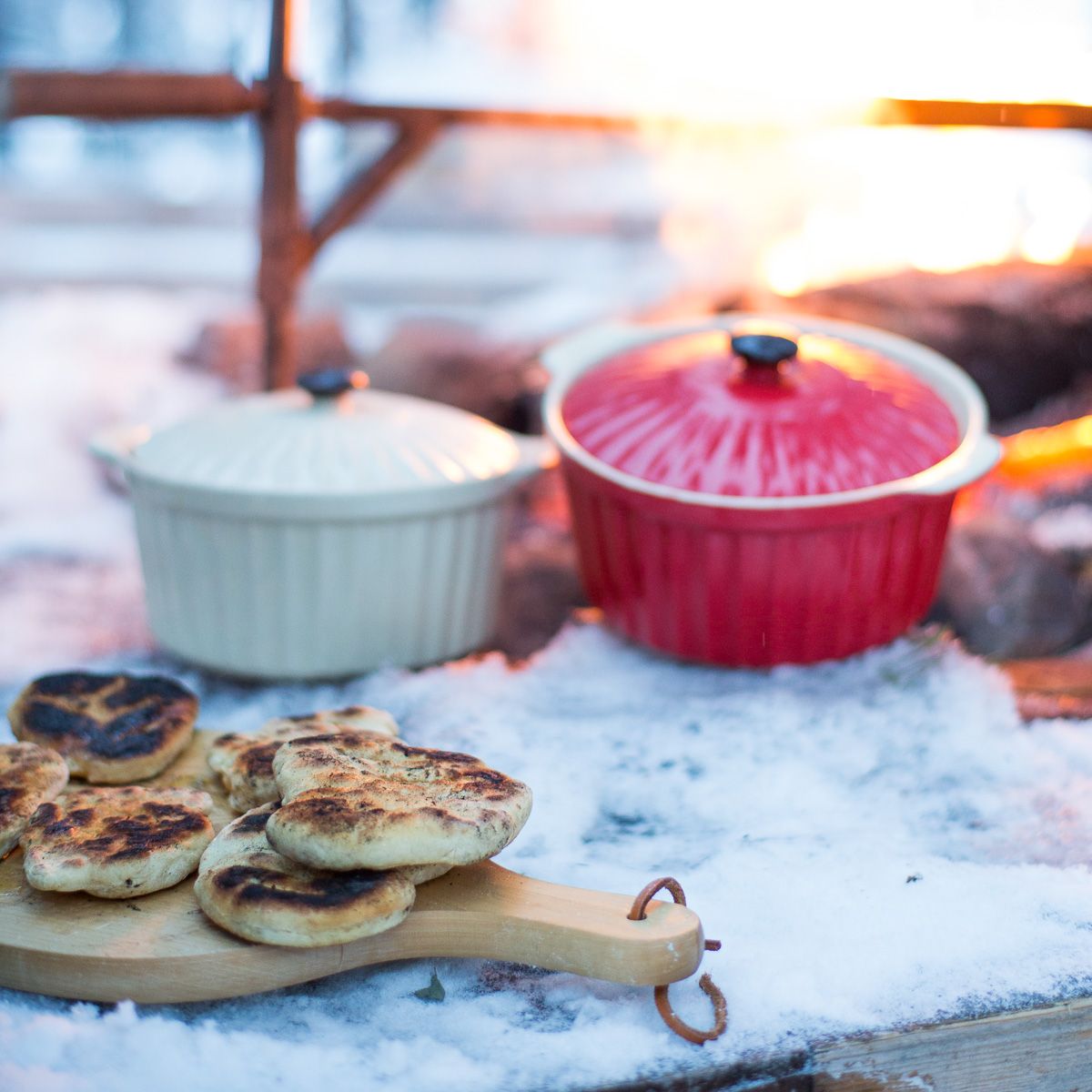 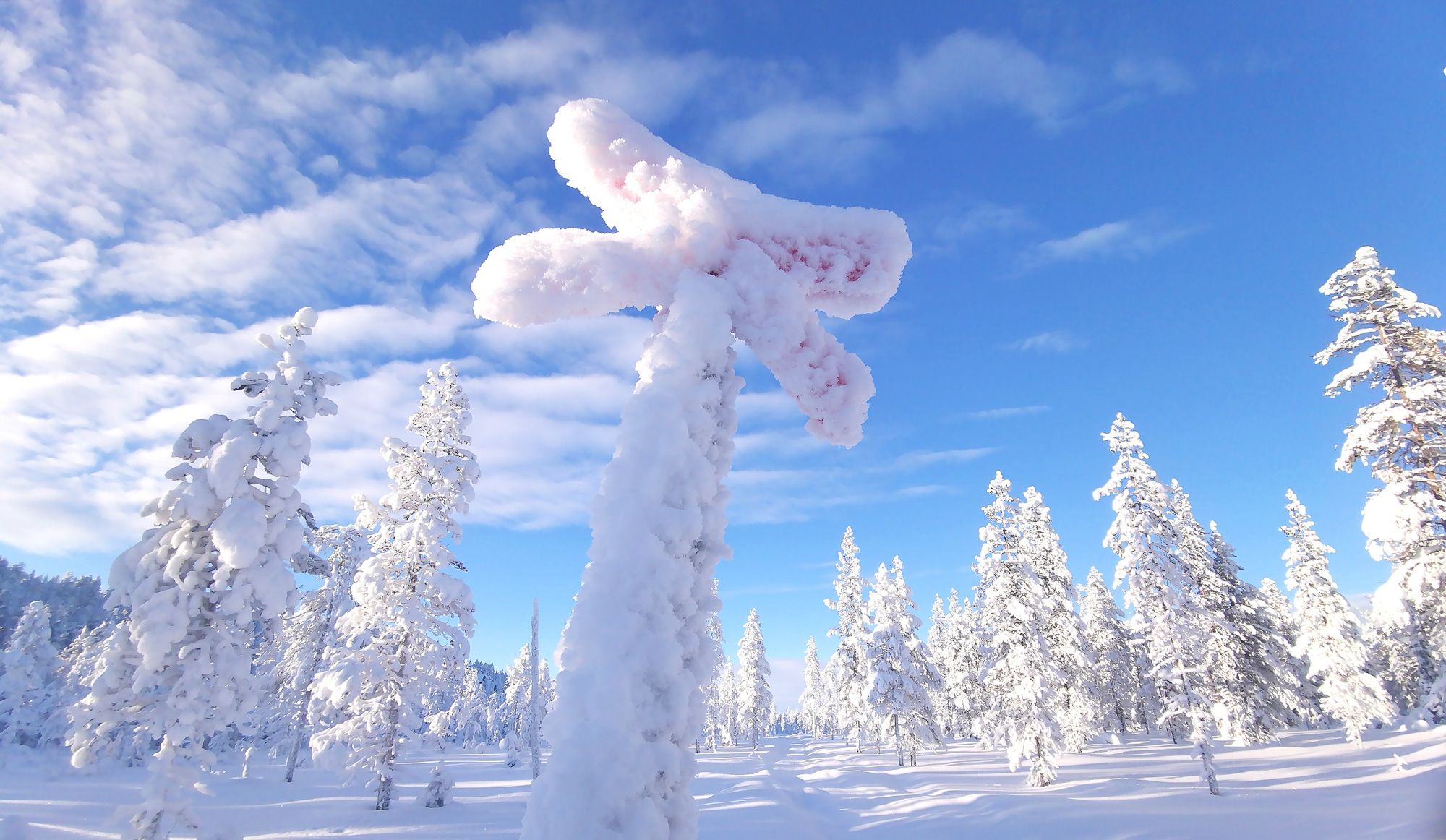 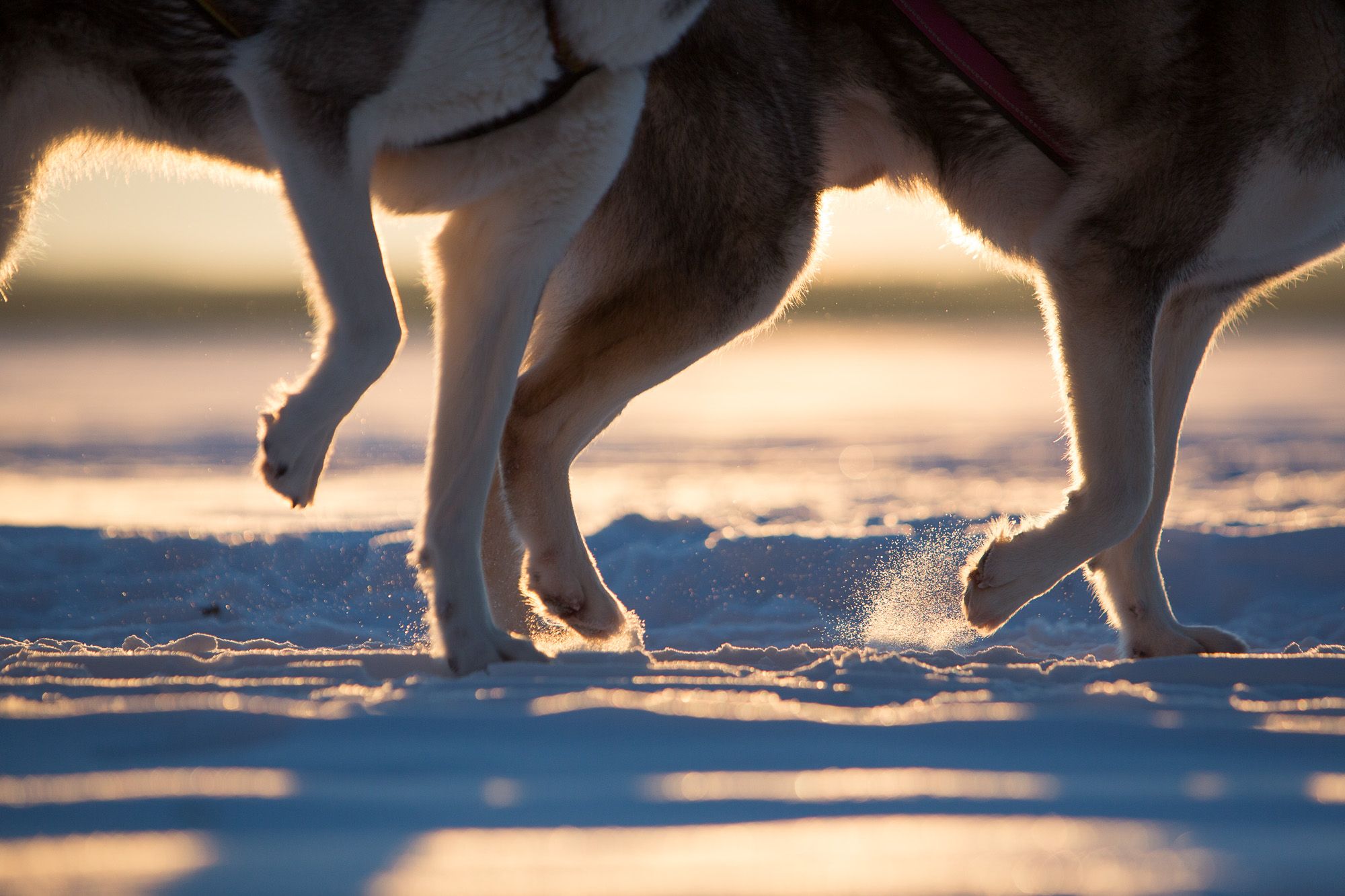 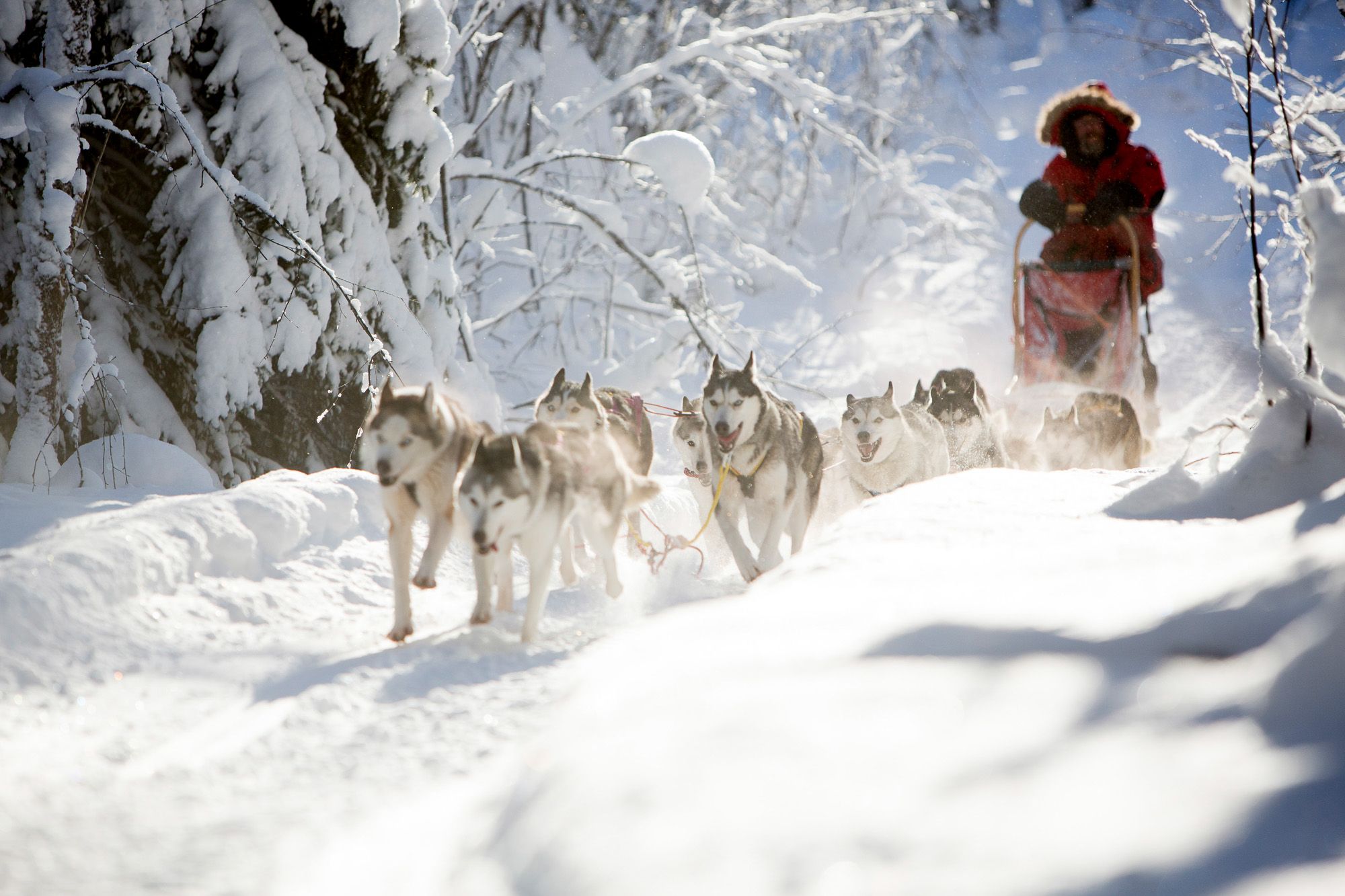 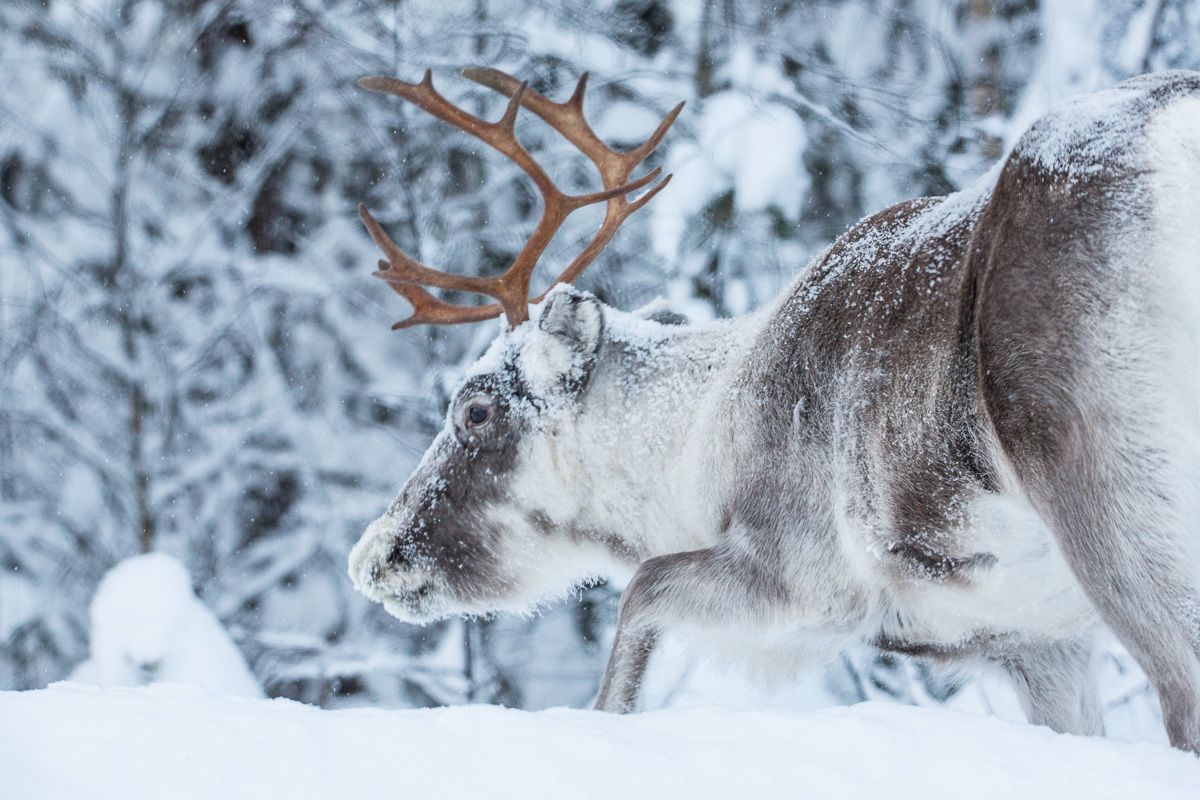 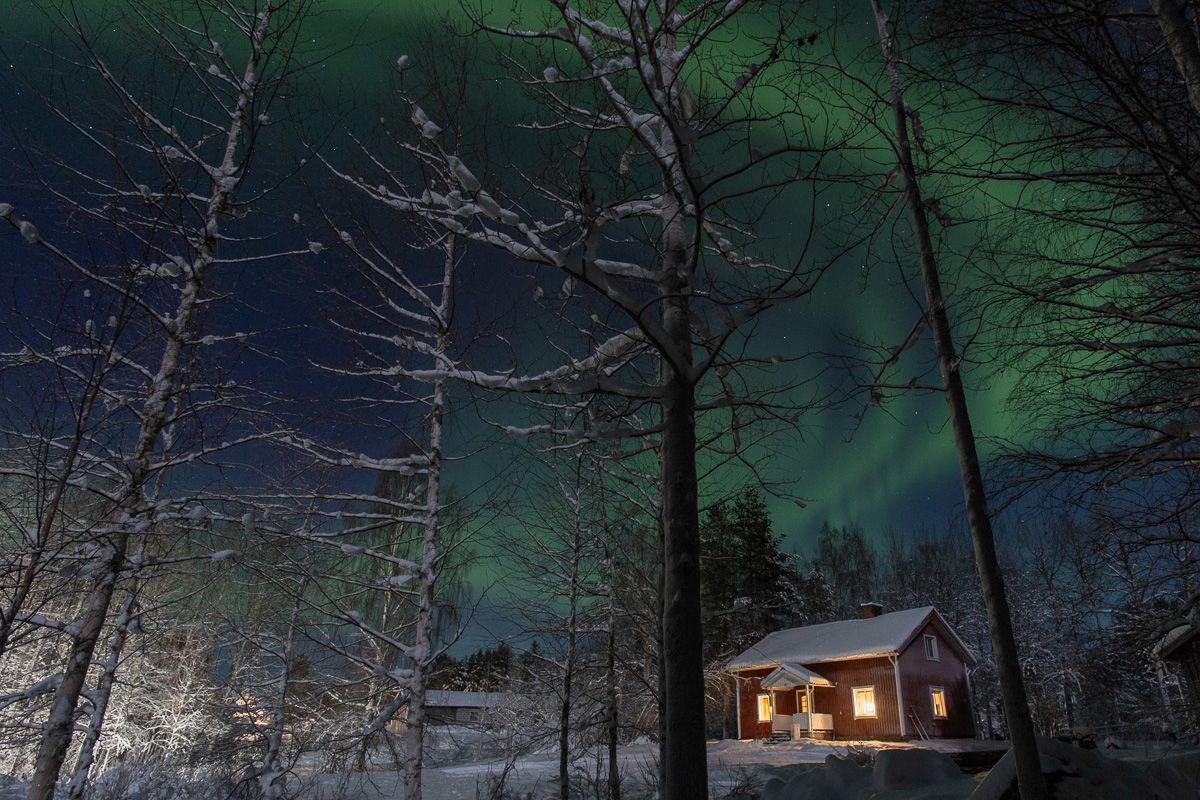 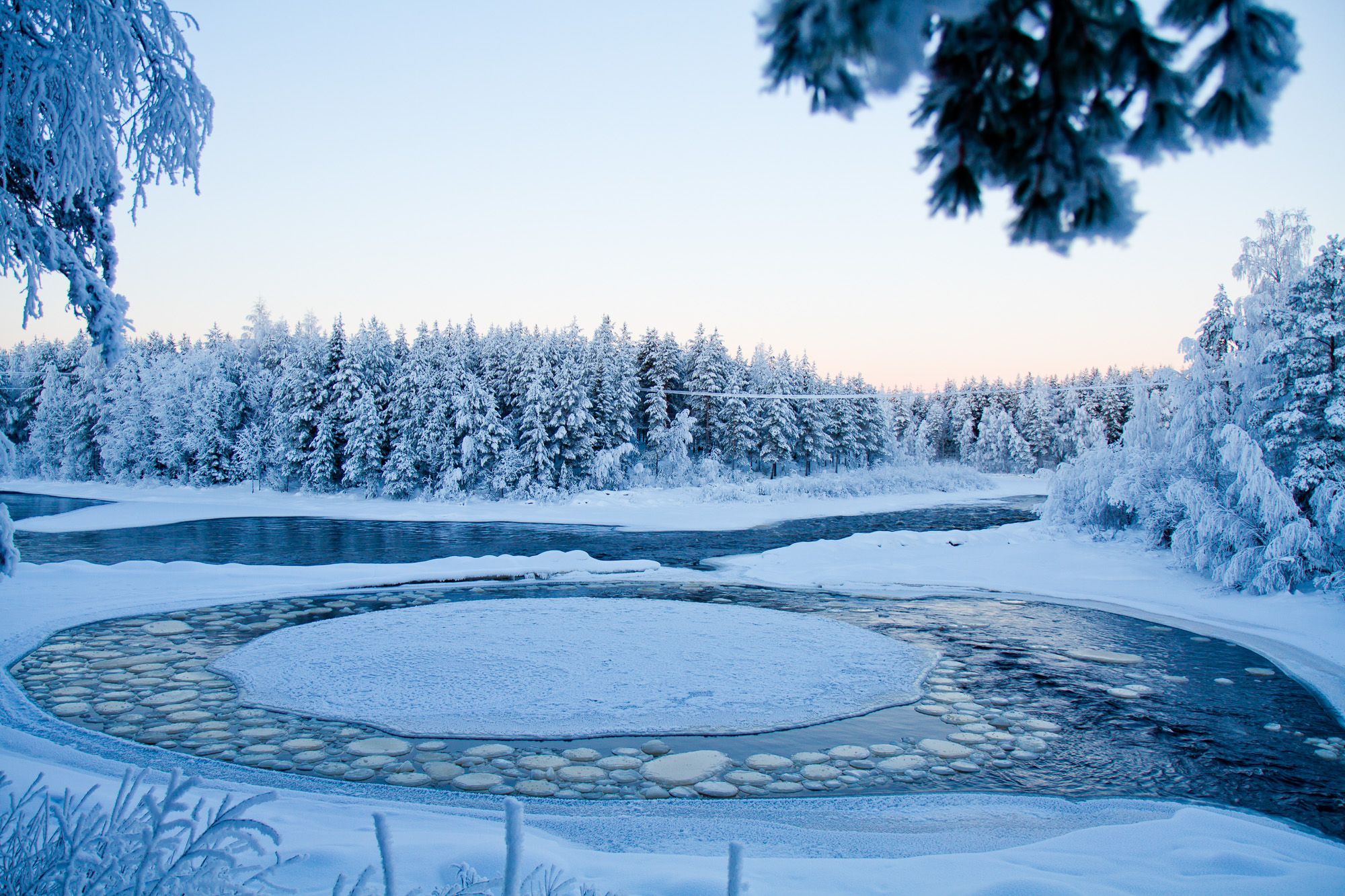 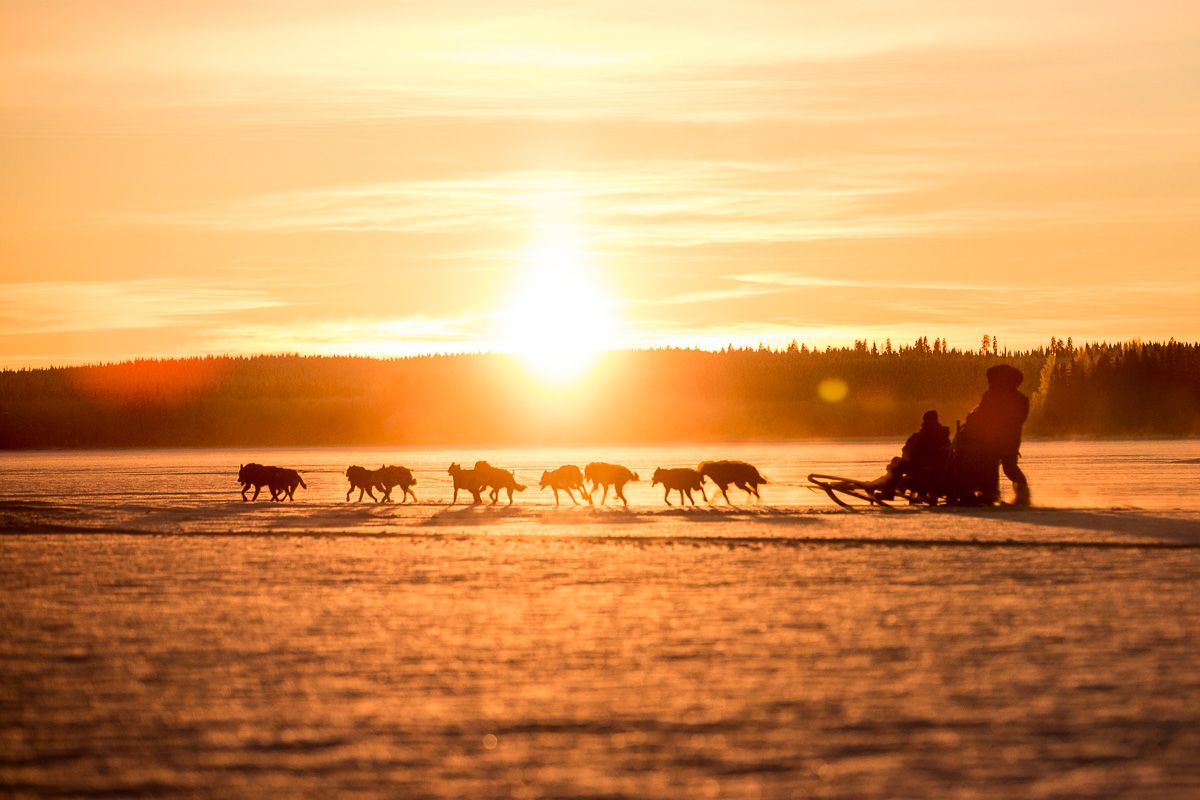 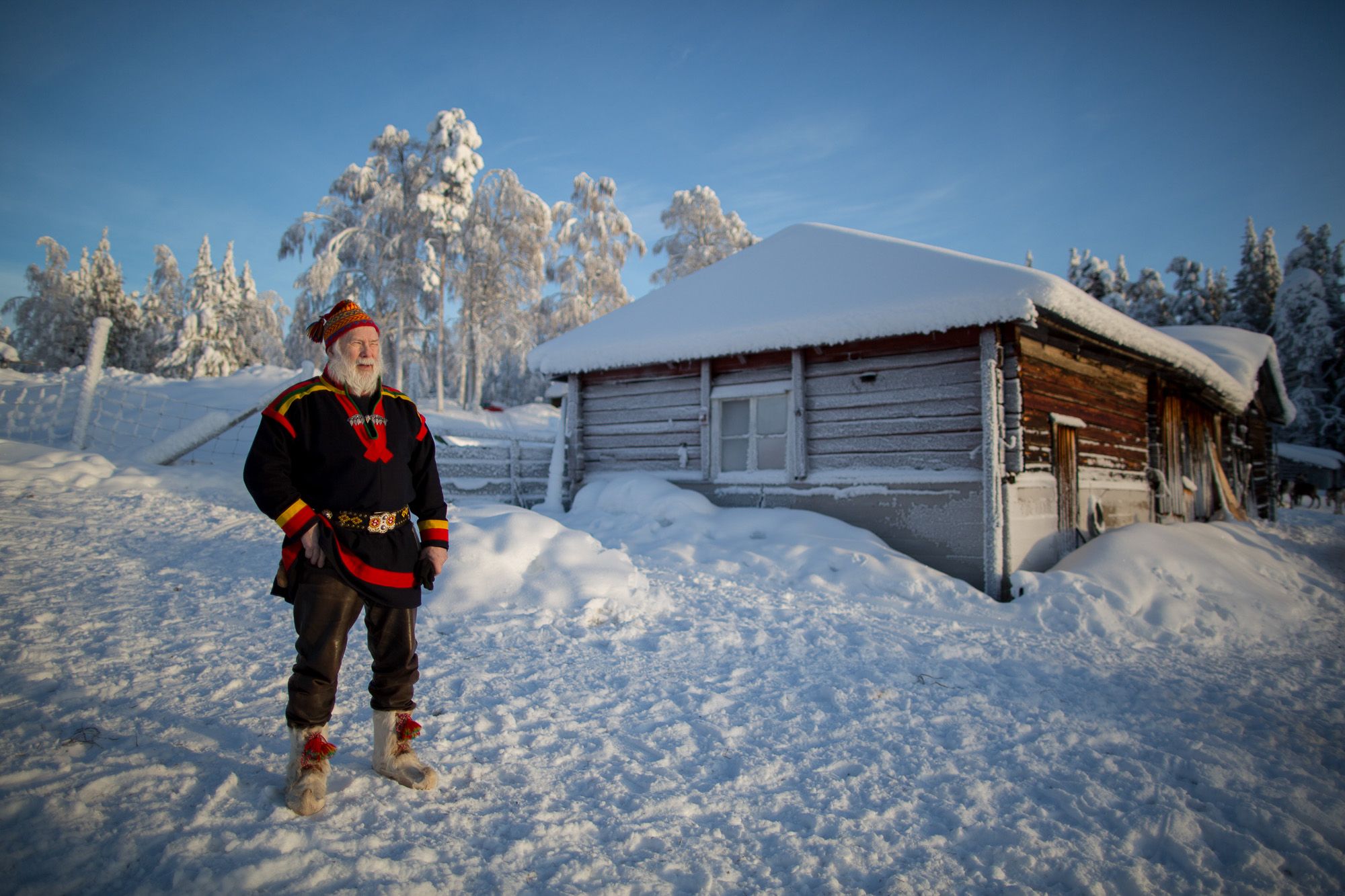 Have you already chased the Northern Lights?

During your stay at Aurora Safari Camp, photographer Fredrik Broman will teach you the intricacies of shooting at night. From the Aurora to capturing the starry sky. Also, there are plenty of other things to do around the camp. You can take snowshoe hiking, cross-country skiing and fatbikes, as well as dog membership tours.