Not that long ago, Innsbruck was a dull and decent city at the foot of the Alps. But that was then. Thanks to a young, sporty population, the city nowadays is a vibrant and dynamic city. It is hard to find a more beautiful mix of urban and mountain.

With my skis on my shoulder, I walk on the Maria Theresien Strasse, Innsbruck’s 5th Avenue. Windows try to seduce me into squandering all my money, but I look up. Above the curly baroque facades, snowy tops seem to jab the clouds. With a little luck, I will make my first descent in half an hour.
On my way to the valley station of the Nordkettenbahn, an artwork designed by famous architect Zaha Hadid, a cyclist with a snowboard on his back crosses my path. On the steps leading to the platform, skiers and day-trippers walk together towards the modern tram that will take them up.
In just eight minutes I reach the Hungerburg, where I admire yet another station by Hadid. Beautiful and sad at the same time. The shapes of the glass roof refer to the glaciers that are disappearing slowly but surely. It is an extraordinarily beautiful statement that makes you stop and think for a minute.
Next, a gondola takes me up the Seegrube, at 1,905 meters. I zip up my coat, put on my bindings and take on my first descent, barely 20 minutes after boarding in Downtown Innsbruck. A wide red slope leads to a chair lift. Every time I look down into the depths when making my first turns, I see the city, with the sparkling water of the Inn as reference point.
After the chair lift, I take the second gondola to the Hafelekar, at 2,334 meters, for the superlative. The cabin floats straight through the rugged massive with exciting corridors for the free riders. Number six is closed because of the risk of avalanche, but number 5 requires complete concentration and submission. Bam. Down in one go. 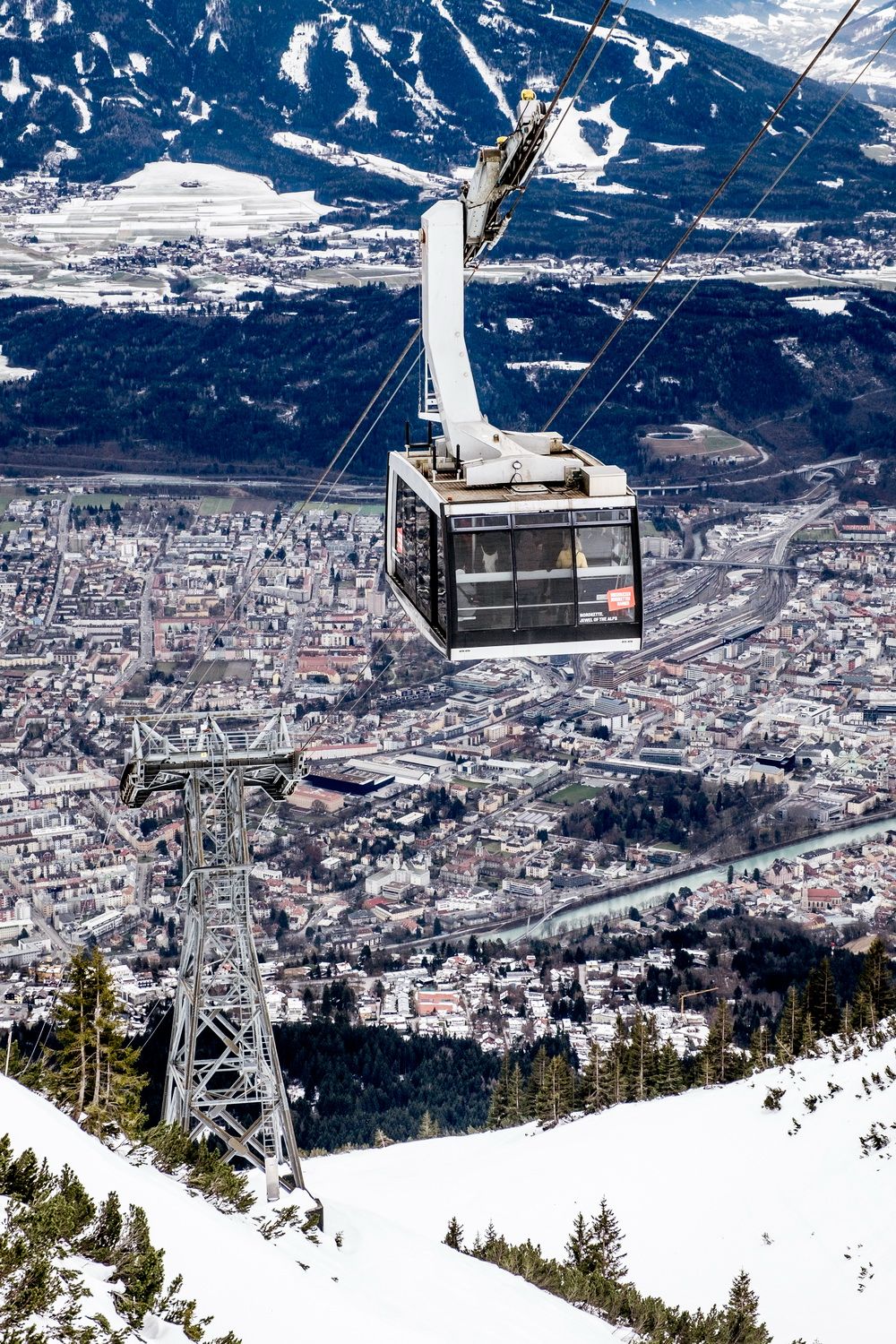 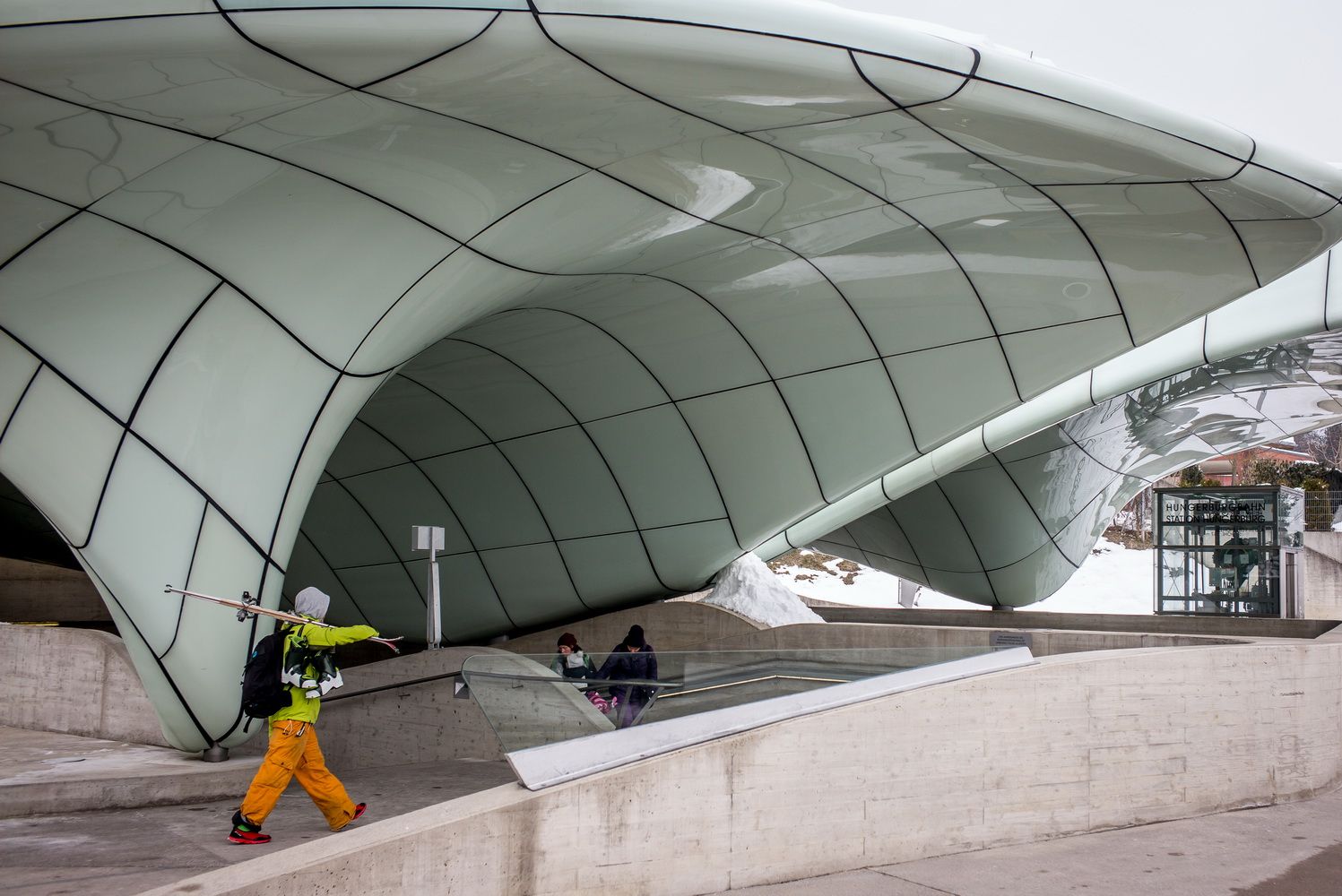 You could call the Nordkette a cult mountain. Day trippers visit for the panorama, the terrace and the restaurant, while the skiers mainly come here for the challenge. There is only a handful of slopes, and they are definitely not for everyone. They are steep and intimidating, with the sheer cliffs above you and the city in the depths, about 1,750 meters below.
On the Seegrube plateau, both groups mingle at the end of the day to watch the sunset. Most people find a spot on the terrace or in one of the deck chairs. I join a handful of others to take the gondola to the top one last time.
While the sun slowly covers the mountain in a pink evening glow, I start to understand the intriguing quality of Innsbruck. It’s the contrasts that fuse together so beautifully here. City and mountain, classic and modern, quietness and vitality, skiing hut and lounge bar.

What makes Innsbruck so fascinating are the contradictions that merge together so beautifully here. City and mountain, classic and modern, tranquility and vitality, ski hut and lounge bar

You will find yourself on the Seegrubbe in the afternoon, still wearing your skiing boots, eating a plate of Speckknödel with mountain cheese. At night, you take a stroll to a hip restaurant for cocktails and sushi wearing your fancy sneakers. Downtown Innsbruck has outgrown the classic Winter Schnitzel or Tiroler Gröstl. It’s still there, but in the better restaurants and in a new way. They’re not jubilant about Michelin Stars and Gault Millau chef’s hats. The terrace talk is all about bodenständige Küche (good, regional cuisine) and names of cooks and restaurants you should have visited at least once. Of course, there are the hot and happening places to be, but as they say in Innsbruck: ‘All that’s new, is good, but only what’s good, stays.’ 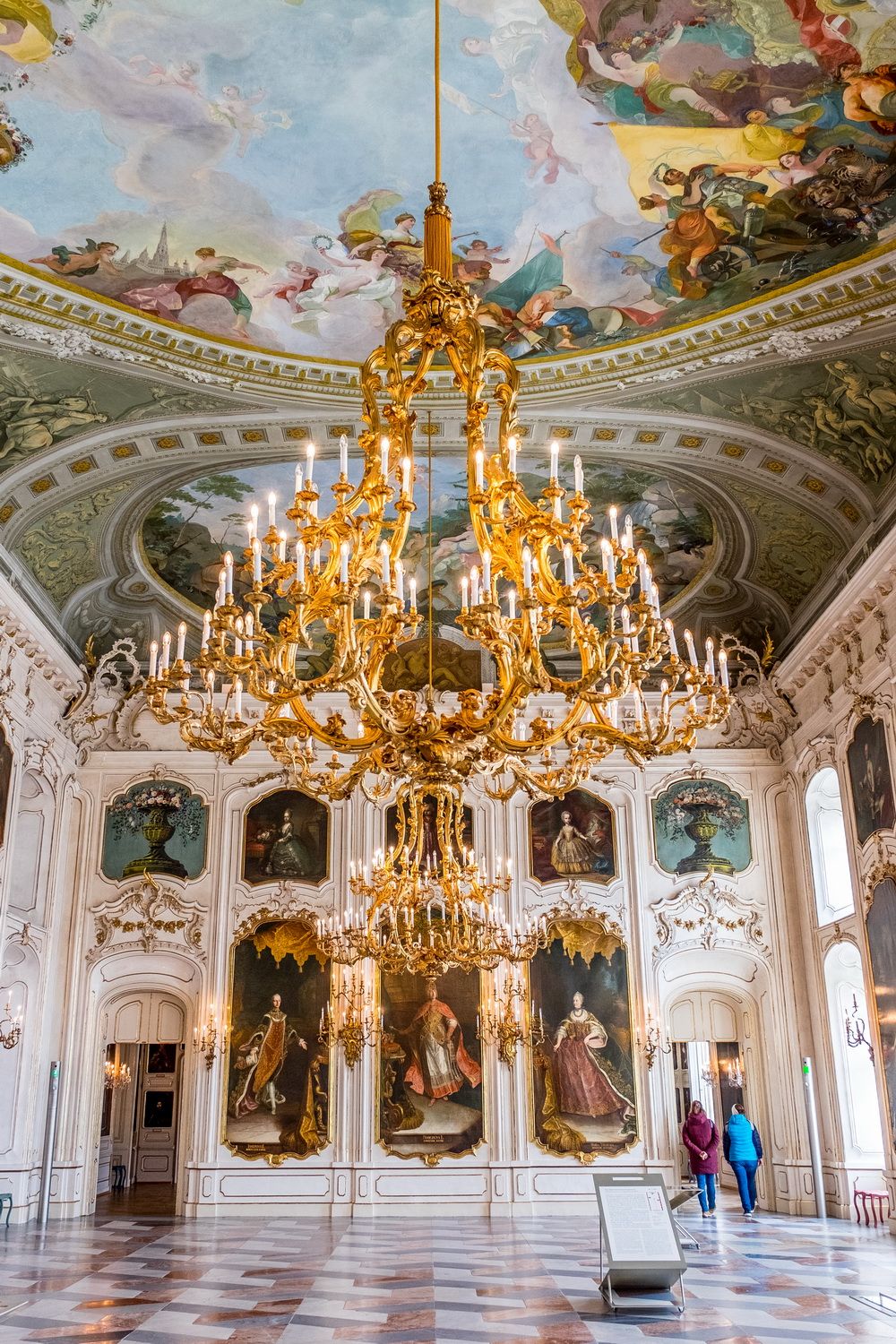 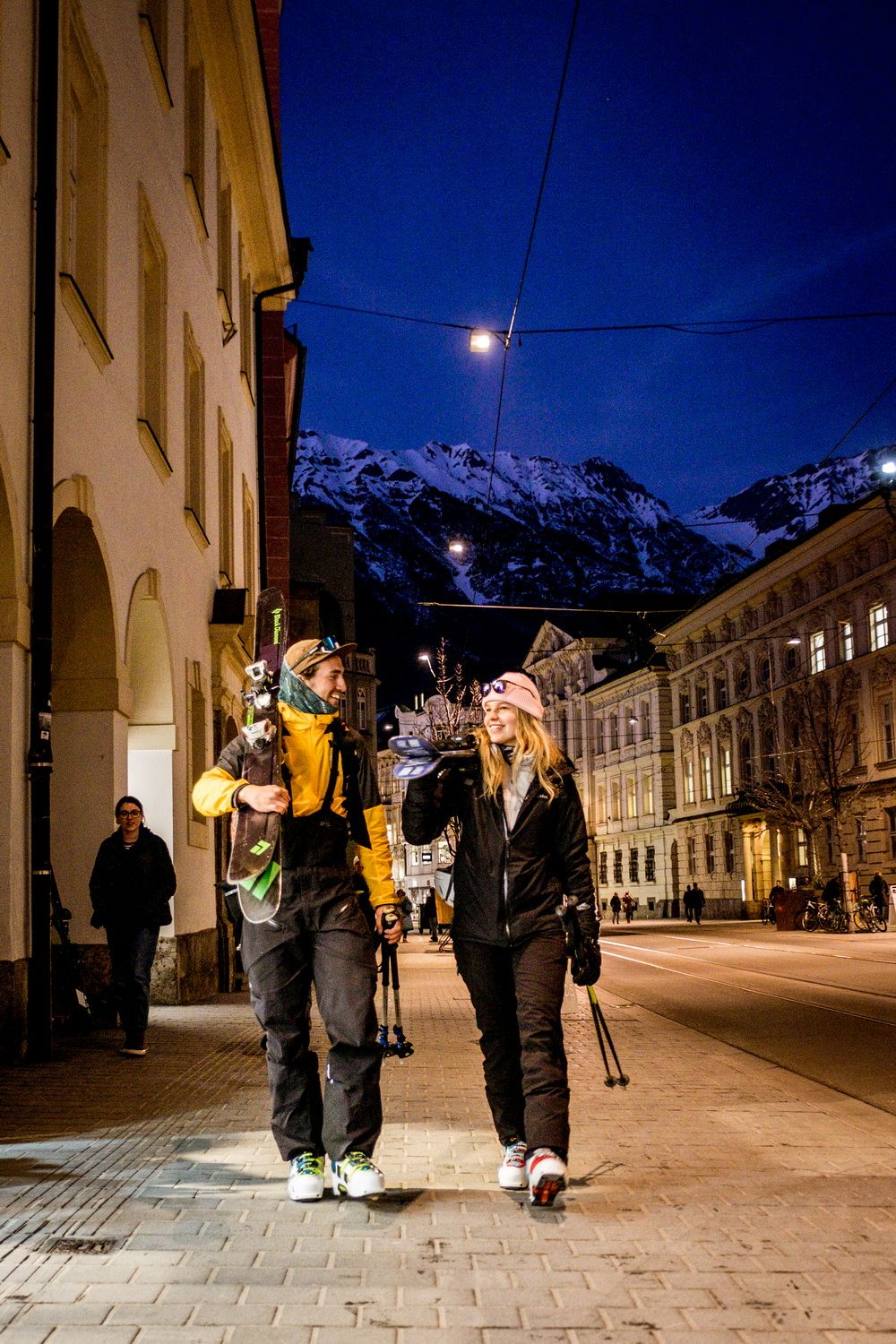 My home away from home, Hotel Nala, is on the border between the old inner city and the Wilten district, the hippest district in Innsbruck. It’s a perfect fit. A renovated traditional sleeping factory makes for a cool address with various rooms that stand out in their design and creativity.
Wilden has that edge that makes a city all the more interesting. Take the Hey & Stroh shop, with a modern variant of Dirndl dresses and Lederhosen. It’s situated next to a pawn shop and across a grubby Friends Bar. Take five steps, and you find the Bohnissimo coffee store, another five steps and you are on the little Wiltener Platz with the cosy breakfast and lunch café Immerland.
That’s what makes Innsbruck so much fun. Even though the centre is small and compact, you can make a mini world tour there. The Penz Hotel feels like New York, the 360° Café like Shanghai, the kitchen of Sitzwohl restaurant like Copenhagen and the cultural centre Treibheus like Berlin.

The palace is full of stories and secrets about mistresses, seducers, illegitimate children and a chastity committee that had to put an end to debauchery

But hey! Let’s not forget this is the capital of Tirol! Time for a cultural tour. And what better place to start than the Hofburg, the Habsburgs’ castle. What started as a small castle was later extended into an artwork by Emperor Maximilian I and later by Maria Theresia.
The palace is filled with stories and secrets of mistresses, temptresses, illegitimate children and a chastity committee –established by the devoutly catholic Maria Theresia —that had to put a stop to all the profligacy in the Habsburg Empire. And then there is that empty grave in Hofkirche. It was meant to be the final resting place for Maximilian I, but that never came to be. He had so many debts in Innsbruck that access to the city was denied to him at the end of his life. 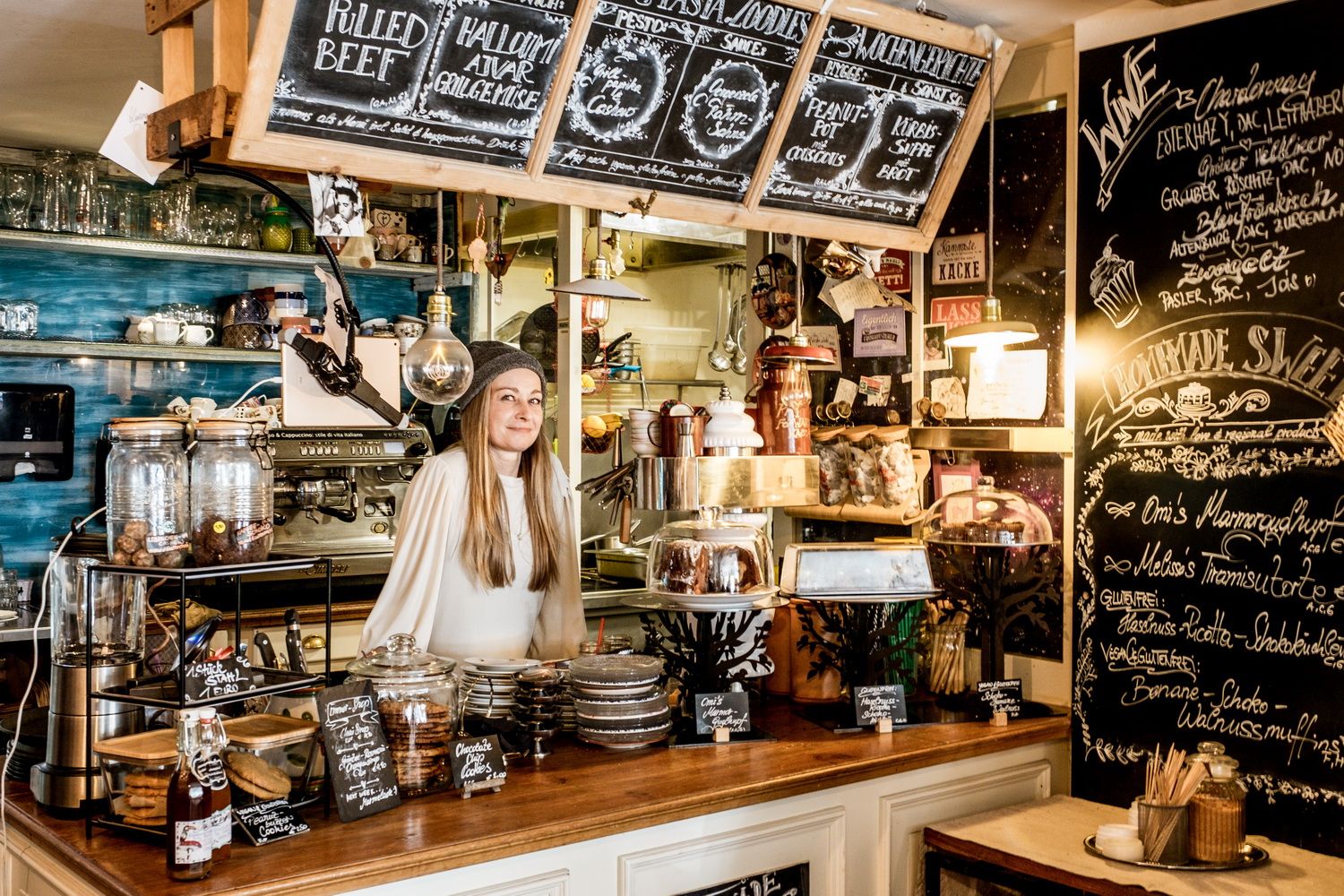 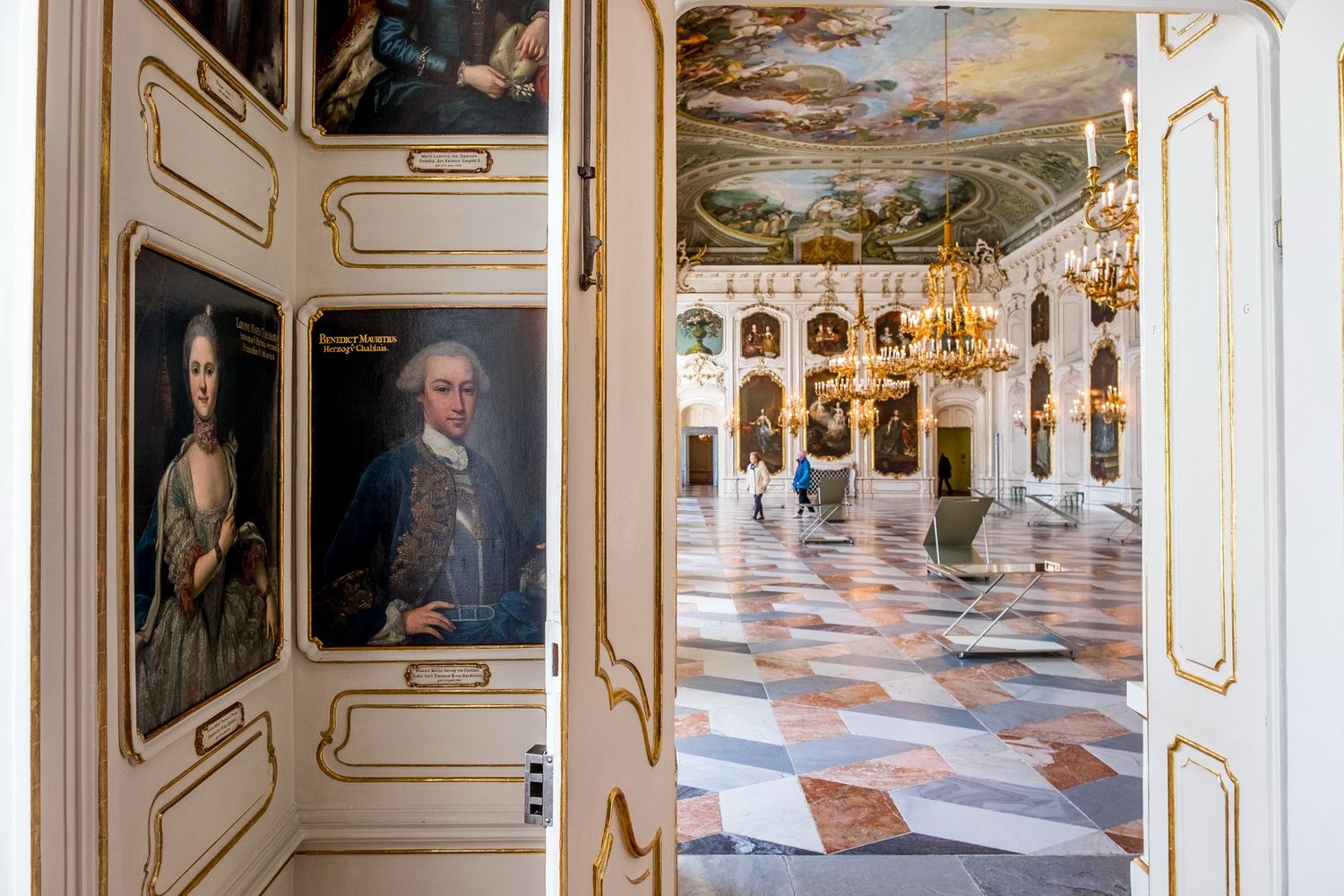 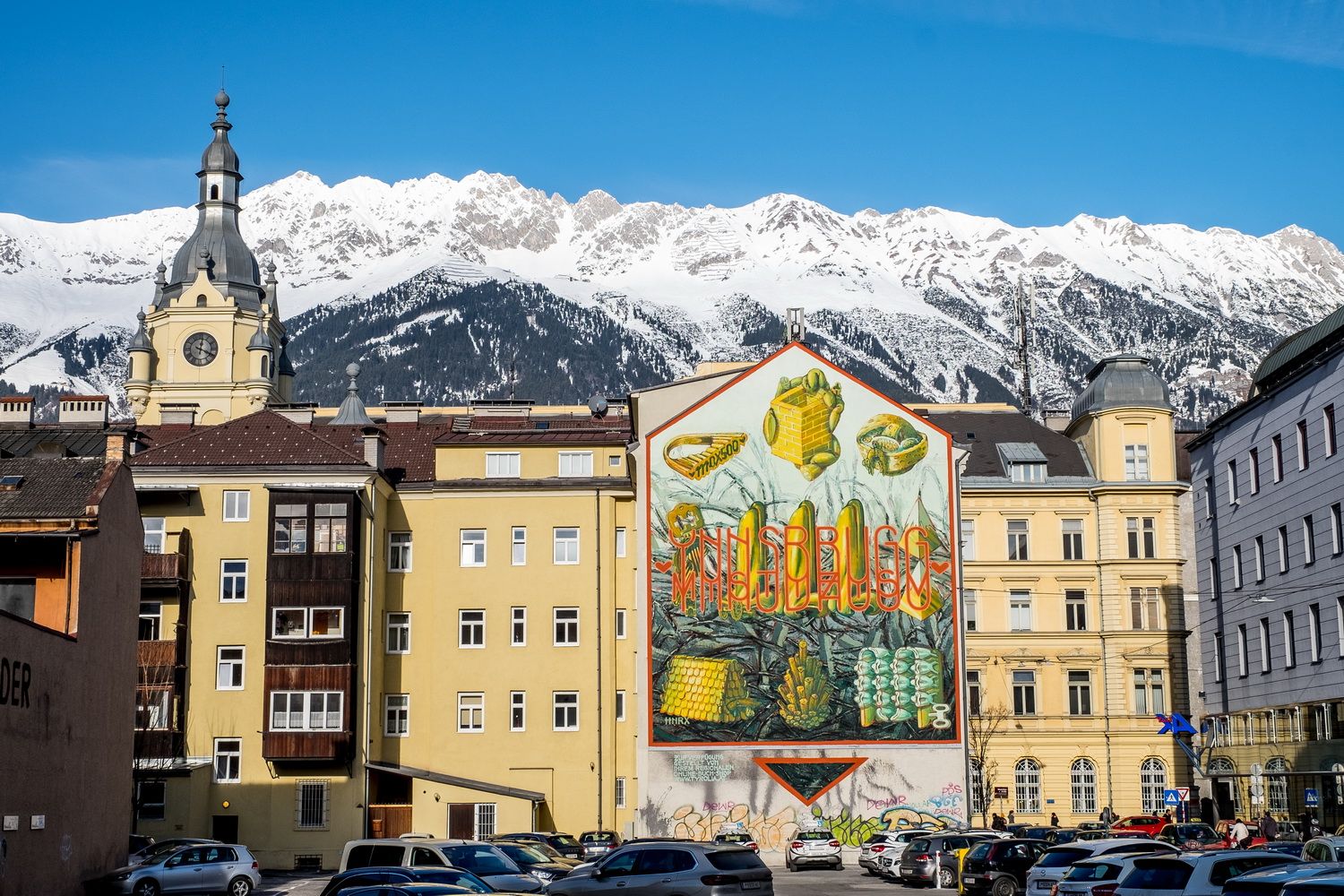 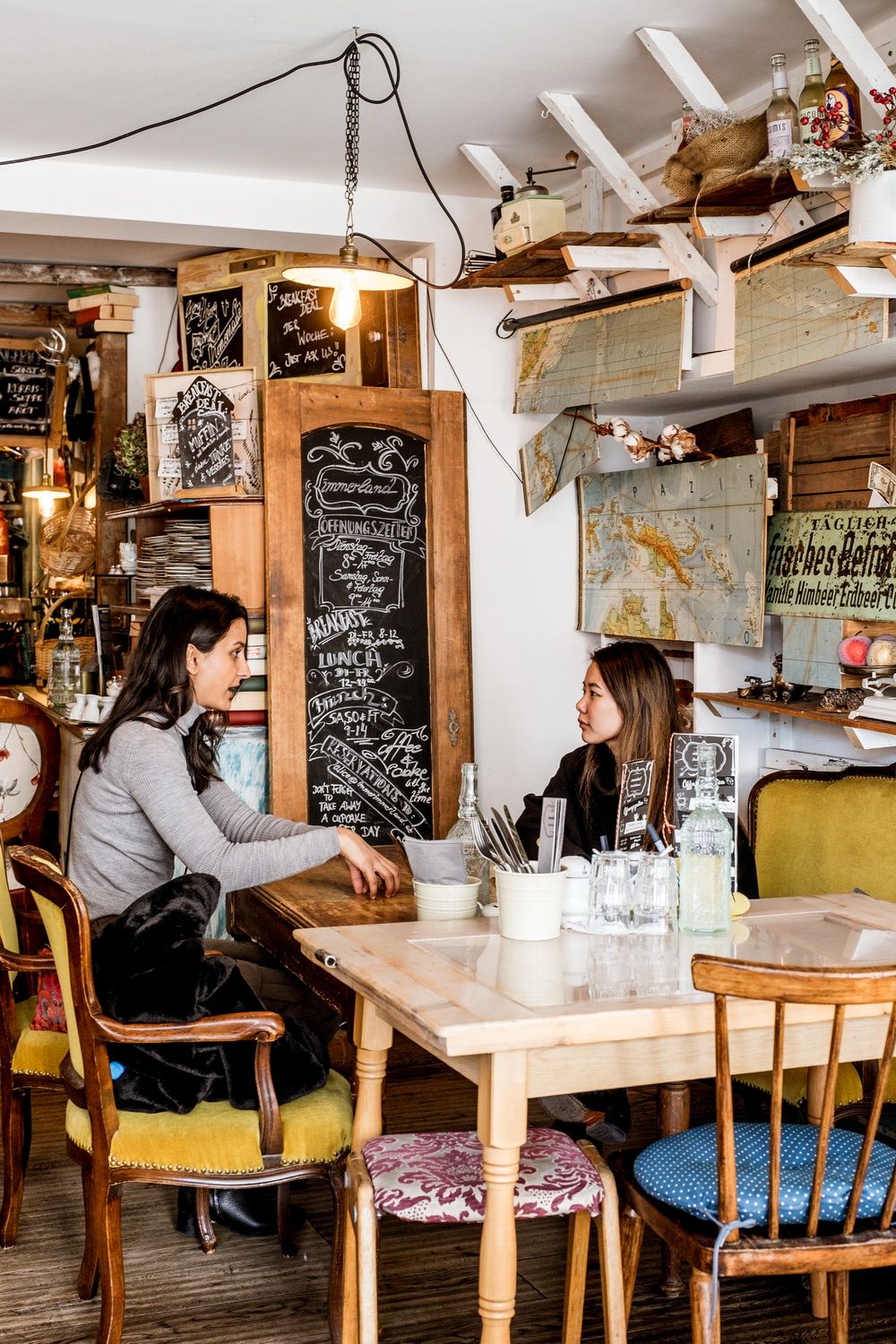 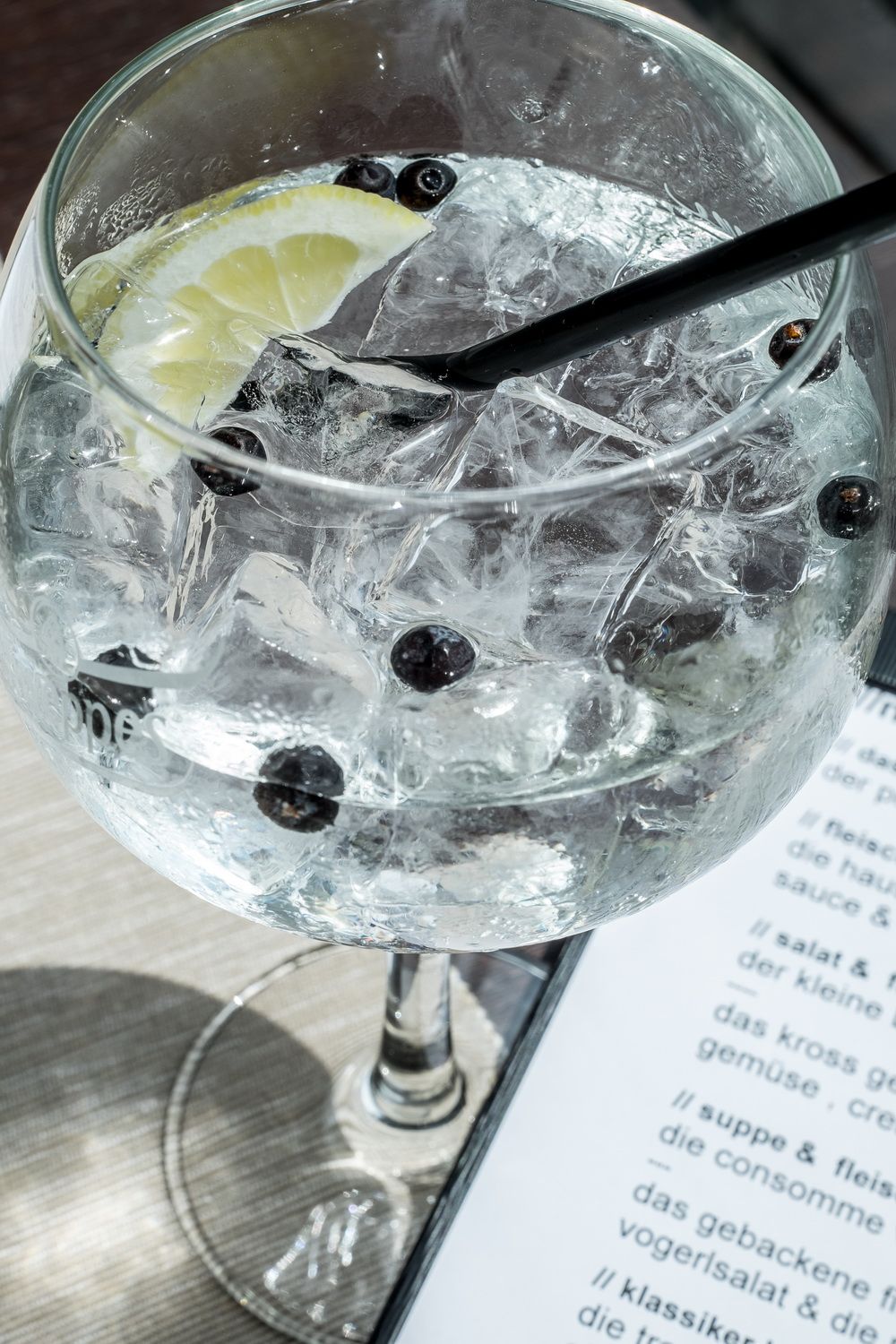 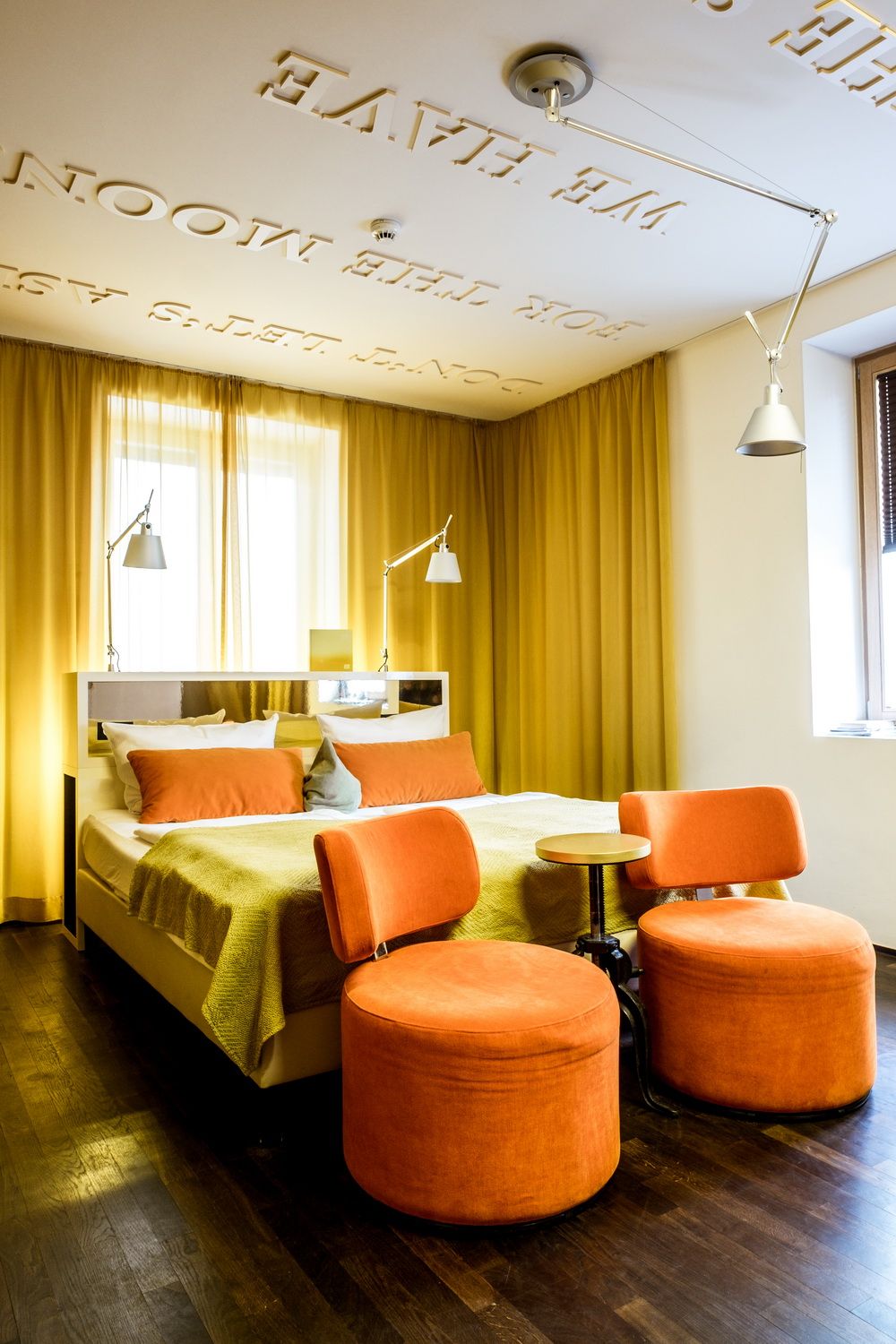 A day later, I look out over the city from the Patscherkofel. The other mountain of Innsbruck got a new gondola last year, replacing the vintage model from the Olympic games of 1964 and 1976. A free shuttle bus service brought me from the Maria Theresien Strasse to the skiing area.
The local skiers who I share a lift with, are tying up their touring skis for the last stretch up the mountain to the 2,250 meters high Gipfelstube, right beneath the characteristic red-and-white mast, but I want to stay in the Olympic atmosphere and take red slope number 1 straight down. At speed. Like Egon Zimmermann did during the Winter Games of 1964. Gold on the descent made him a national hero in Austria.

It’s a coming and going of locals. Some of them want to relax for an hour or so in a deck chair, others make descents by way of workout. There is a fun park at the top as well, where snowboarders and freestylers enjoy themselves until the last rays of sun disappear behind the mountaintops and the lifts close. Among them are many students who choose the University of Innsbruck especially because of the winter and mountain sports. Like student Aline told me on the bus: ‘When there is a fresh pack of snow, the lecture-hall can be particularly quiet…’.

I feel at home in Innsbruck (and even more so in Wilten). For a few days, I get to live the life I’ve always dreamed of. Living in a city with slopes around the corner. How amazing to open the curtains of your apartment in the morning and realize there is a fresh pack of snow. Quick breakfast, grab your stuff, a coffee to go and up, up, up, to make your first tracks only half an hour later. 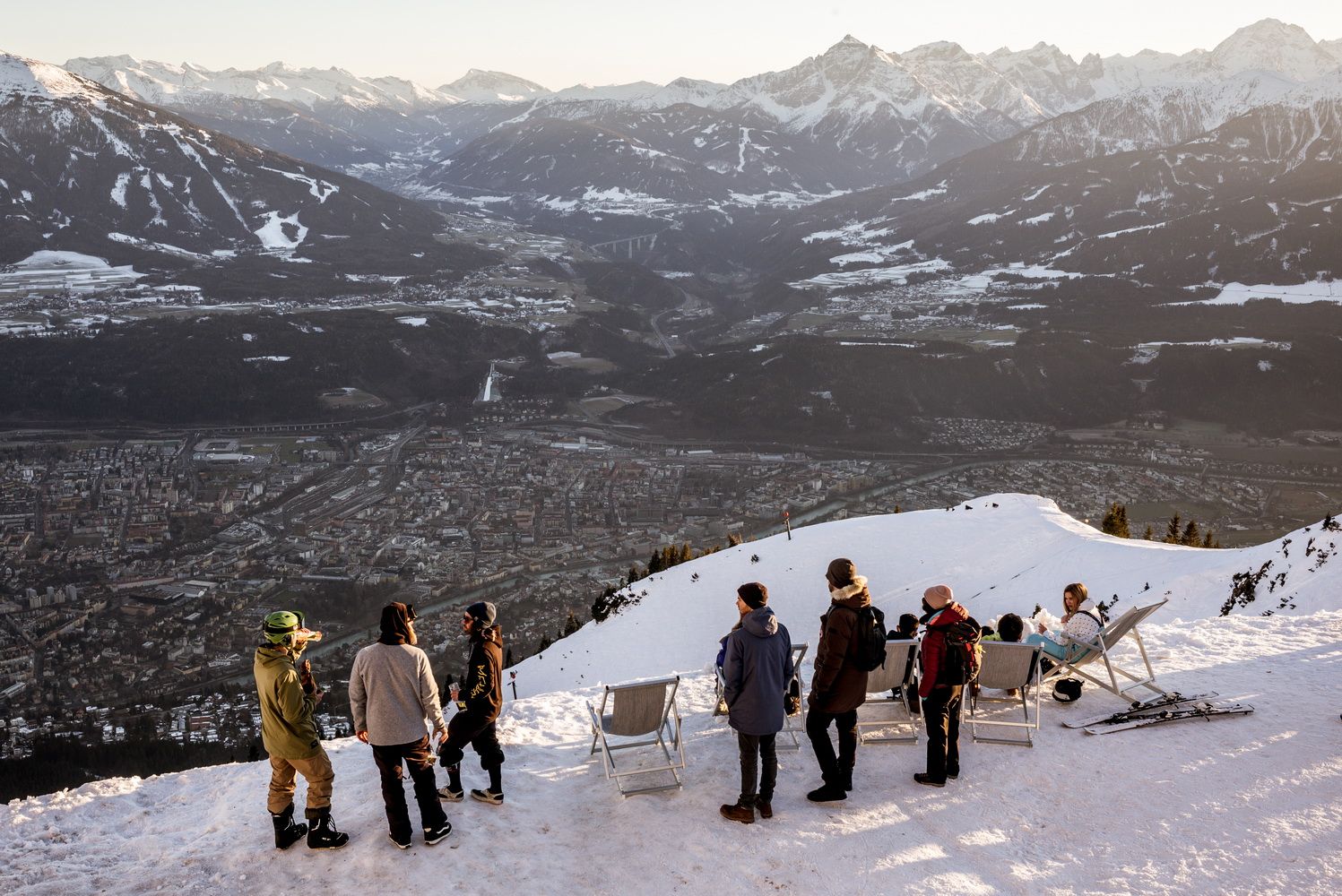 I don’t get to experience that during my stay, but the slopes on the Nordkette, the Parscherkofel and in Axamer Lizum are fine. For my last day, I try my luck higher up. The new pass [MvD1] takes me to Kühtai by bus for free. Kühtai, at 2,020 meters, is the highest situated skiing village in Austria.
The village is split in two by a road, with on one side the slopes that are in the sun all day, and on the other side the slopes with less sun but better snow. You don’t go to Kühtai for the cosy atmosphere of a square, church and Konditorei. It’s a place to ski and, well…, ski.

You don’t go to Kühtai for the cosiness of a square, church and Konditorei. It is a place to ski and uh… ski

Top-notch descents. Wide, red, tough. Exactly the type of thing a Dutch winter sports fanatic loves. This was once the Habsburgs’ hunting grounds, it belonged to Franz-Josef and Sissi. Now, I get to go all out on a lovely blanket of snow. You hardly notice the lack of snowfall from the past few weeks here. The height has conserved the crystals perfectly. Fun fact: it was Sissi’s daughter Hedwig who developed the winter sports in Kühtai.
By the time my energy levels go red, I eat a Kaiserschmarren and gain enough energy for a full afternoon. And then, something strange happened. Never before did I look forward to the end of the day during my winter sports holidays. Now I do. I take the bus back. The city. Eating a lovely dinner on the 12th floor of Hotel Adler with the lights of Innsbruck at my feet, the mountaintops of the surrounding mountains glowing in the moonlight. 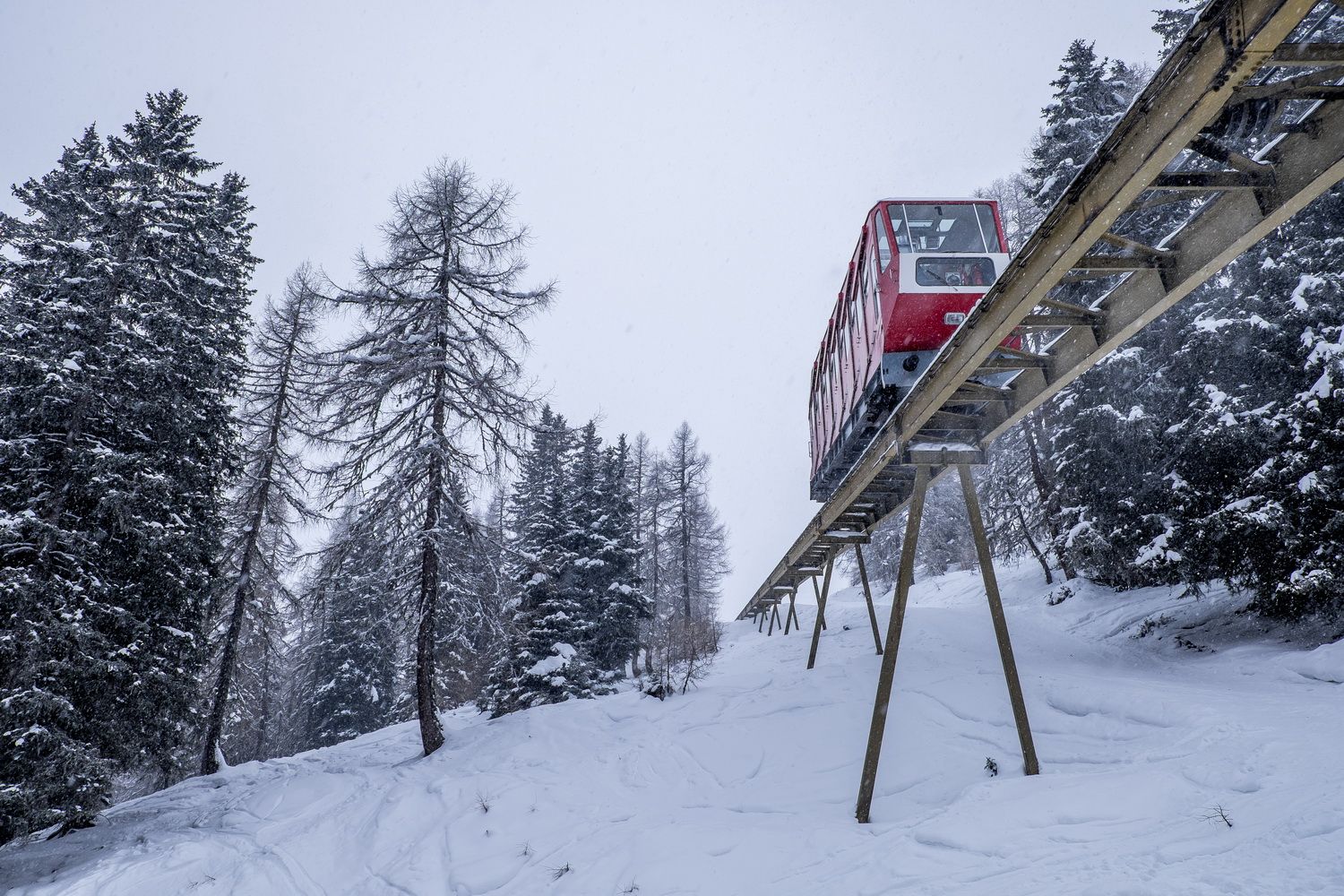 Innsbruck is the first city to offer a ski pass that gives you access to slopes, museums and public transport. With the Ski Plus City Pass, you have access to 13 skiing areas surrounding the city, and you can choose from 22 lifestyle, culture and sightseeing attractions, like the Hofburg, Swarovski Kristallwelten, Tirol Panorama, a city walking tour, a visit to the pool and the Bergisel Ski Jump, that was also designed by Zaha Hadid. The pass is available for a 2-day minimum. A 5-day ticket will cost you €230 for adults and €115 for children. 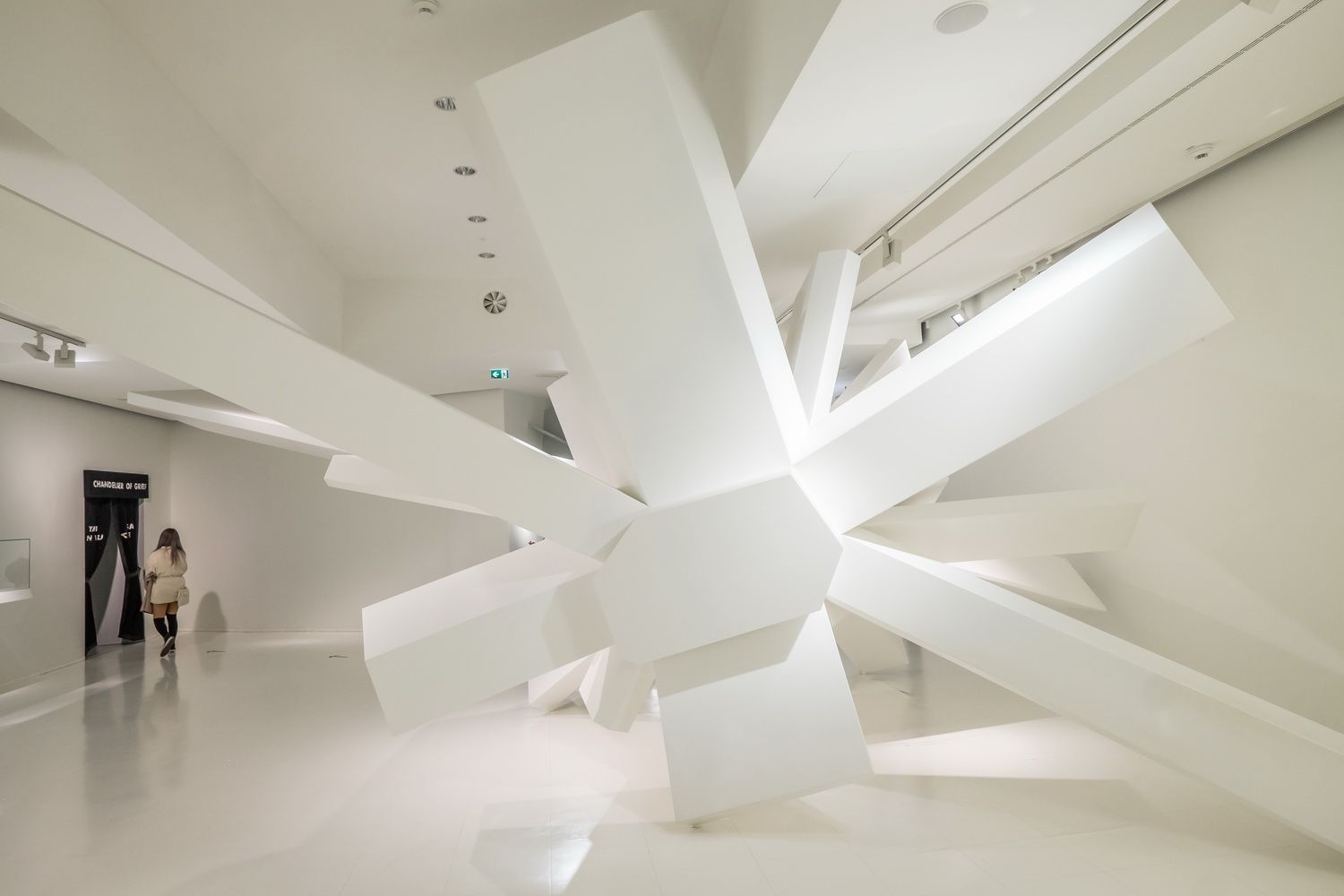 Most of Innsbruck’s museum are about the past. Think of the Hofburg, the Folk Art Museum and Schloss Ambras. What a surprise when you make a visit to the Swarovski Krisallwelten in the nearby Wattens. Nooooo! Swarovski shook off the image of the niggling crystal statues a long time ago. What’s more, the Kristallwelten is the museum for modern art that lacks in the centre of Innsbruck. Artists from all over the world have made Chambers of Wonder, using crystal. Among the big names, we find Andy Warhol, Salvador Dalí, Tord Boontje, Lee Bul, Brian Eno and André Heller. The park-like outdoors is also contemporary.