On a plateau on Jerusalem’s highest spot, you will find Al-Haram Al-Sharif, the Noble Sanctuary. A place sacred to all three monotheistic religions but only accessible to Muslims. And ok, for once, for us too.
The boy sitting in the Well of Souls corner seems a bit out of place. He is too young. His Adidas T-shirt also looks out of place in this cave under the holier-than-holy Foundation Stone in the Dome of the Rock mosque at Al-Haram Al-Sharif, the Noble Sanctuary. While the two other visitors, a lady, and an old man, are in a deep religious concentration, the boy looks at me. Smiling. It is a comforting smile, friendly, warm and open.
PRAYER BEADS
The lady turns my way, looks straight at the boy but does not seem to see him. I smile back at the boy. He holds out his hand. He is holding a Misbaha; prayer beads. I look at him in surprise. He smiles back without saying anything and urges me to take the Misbaha from him with his eyes.
I accept the prayer beads, thank him with a friendly nod and return to look around the Well of Souls. When I turn around, the boy has disappeared. Where has he gone? There is only one way out of this ancient cave, a steep staircase worn down by millennia of footsteps. I did not see him leave. Was the boy an apparition? After all, the woman didn’t seem to see him?

There is only one way out of this ancient cave, a steep staircase worn down by millennia of footsteps 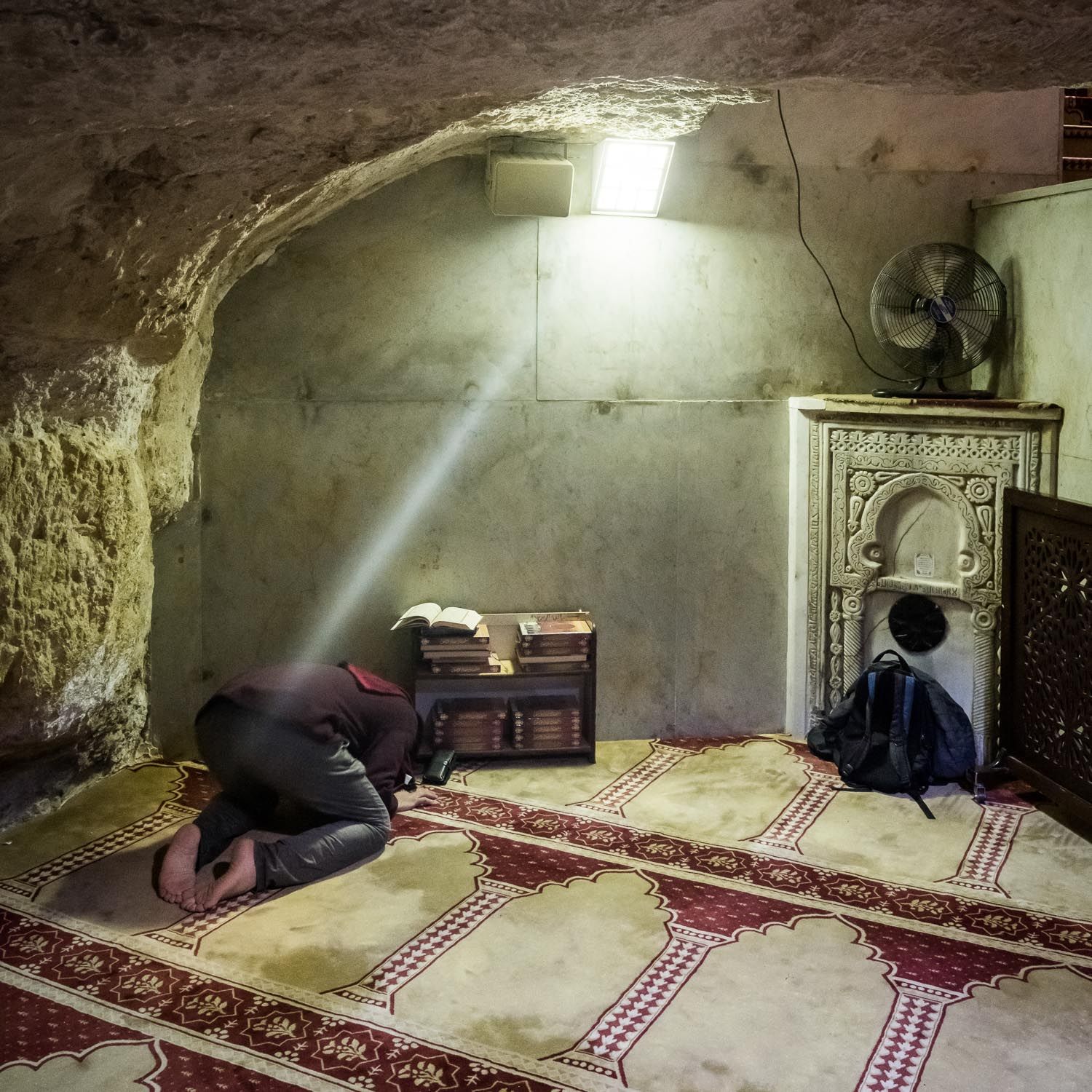 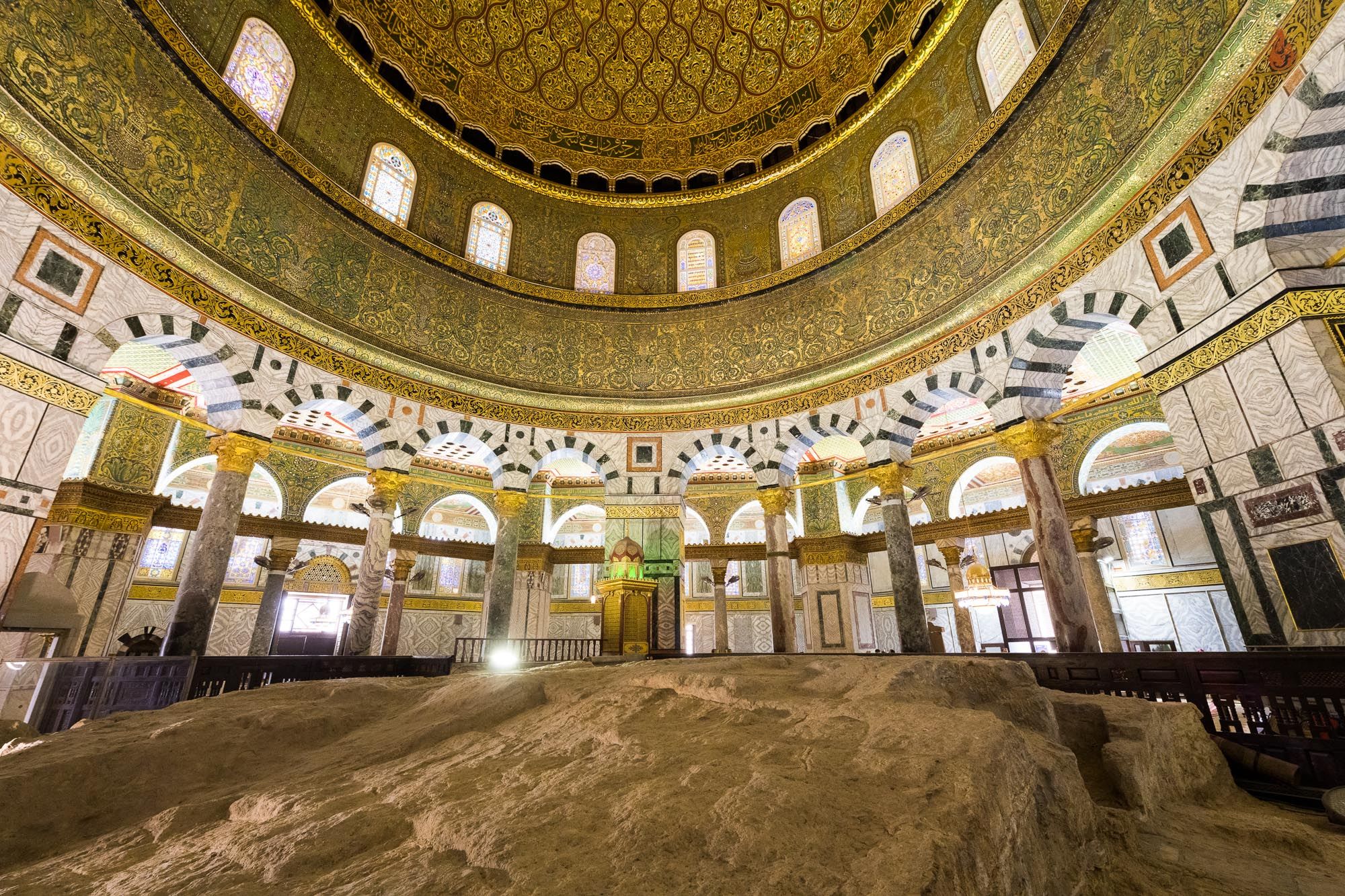 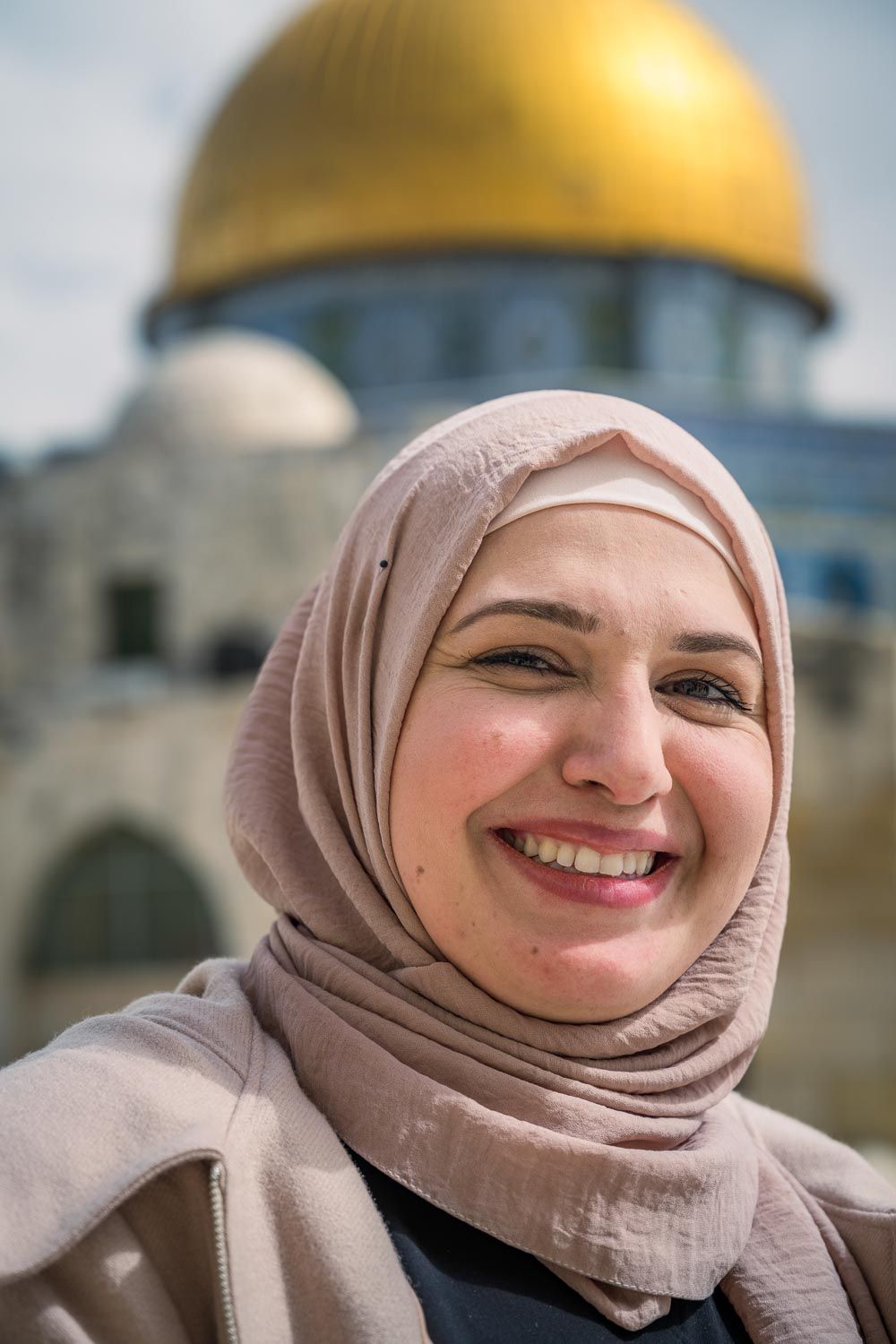 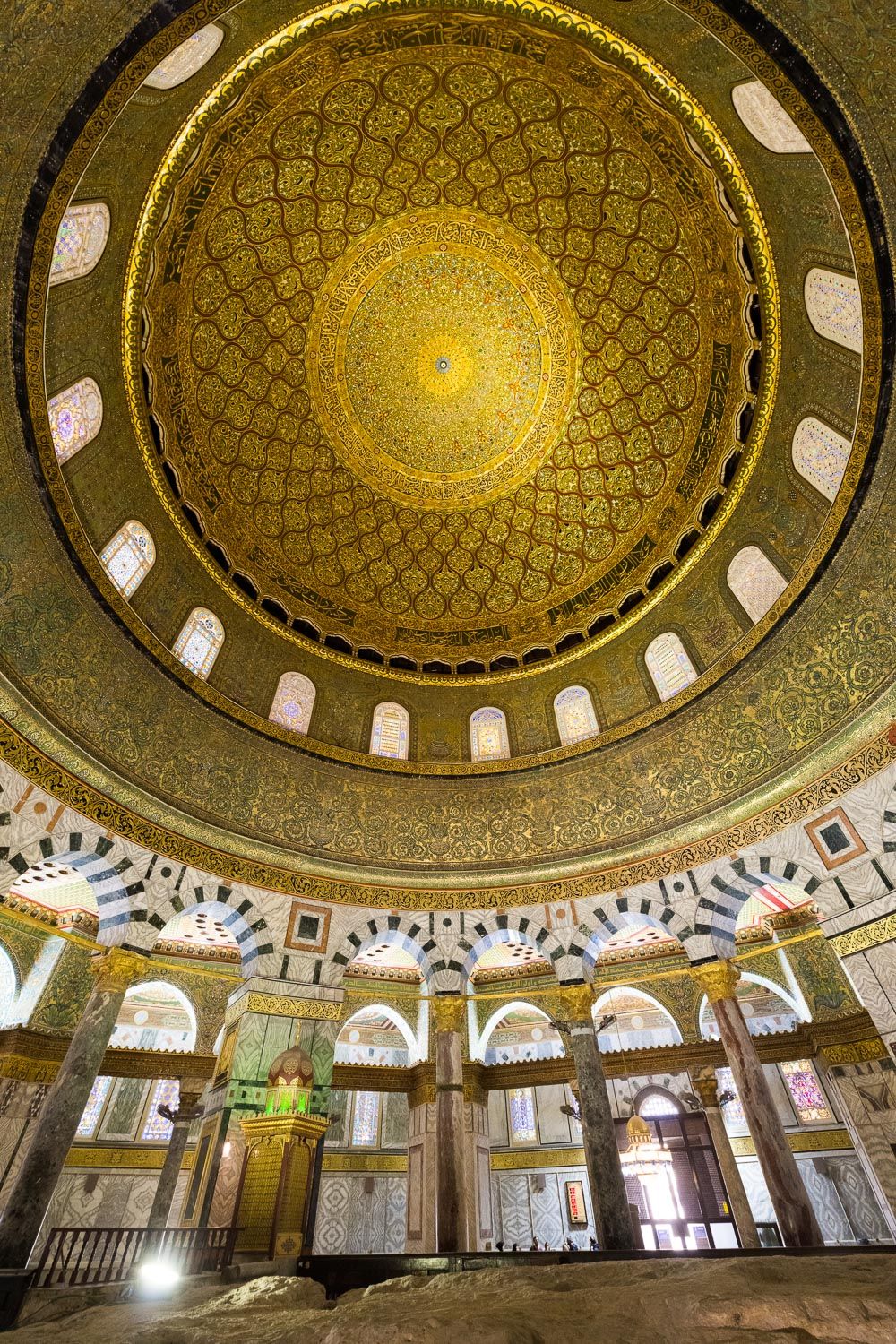 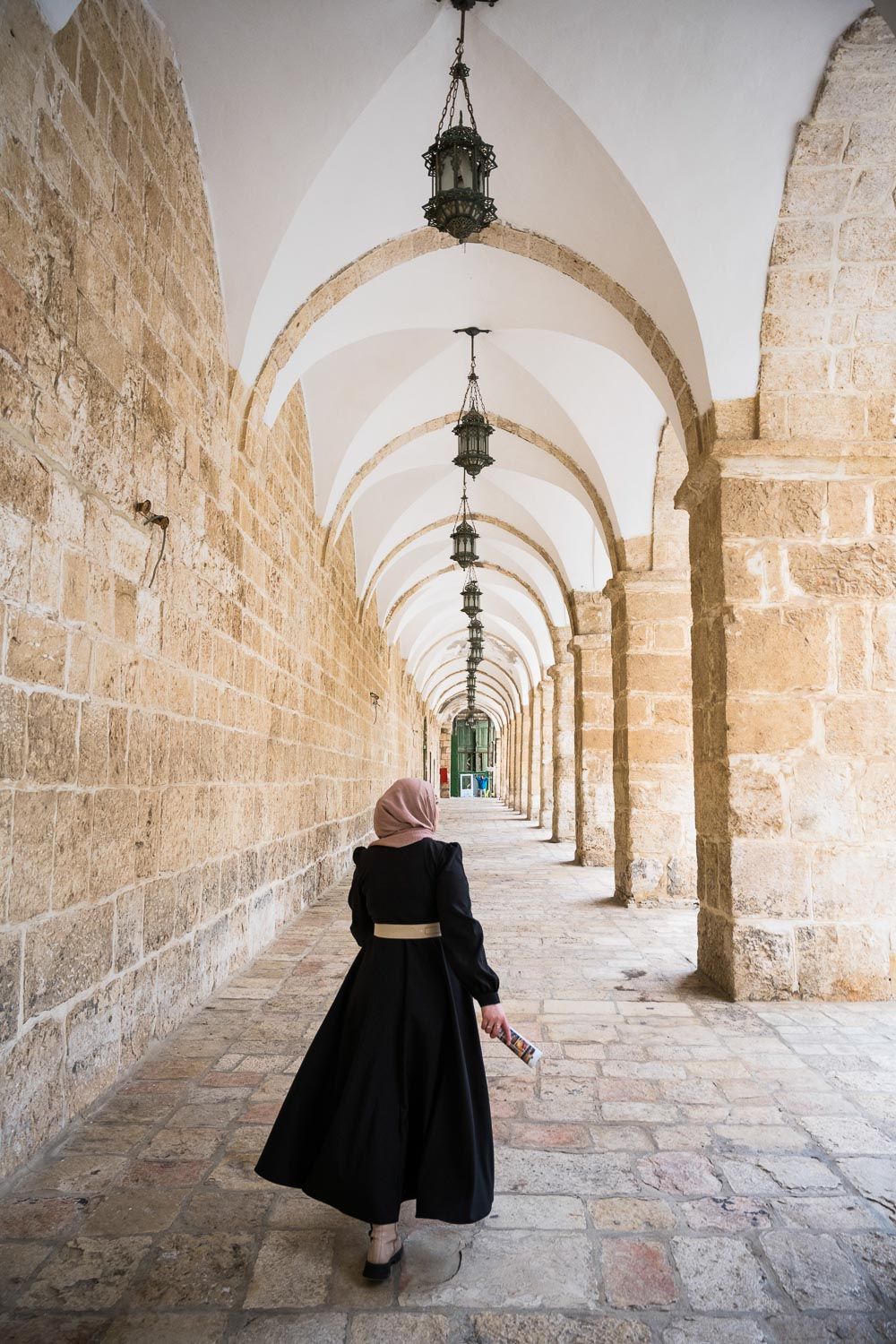 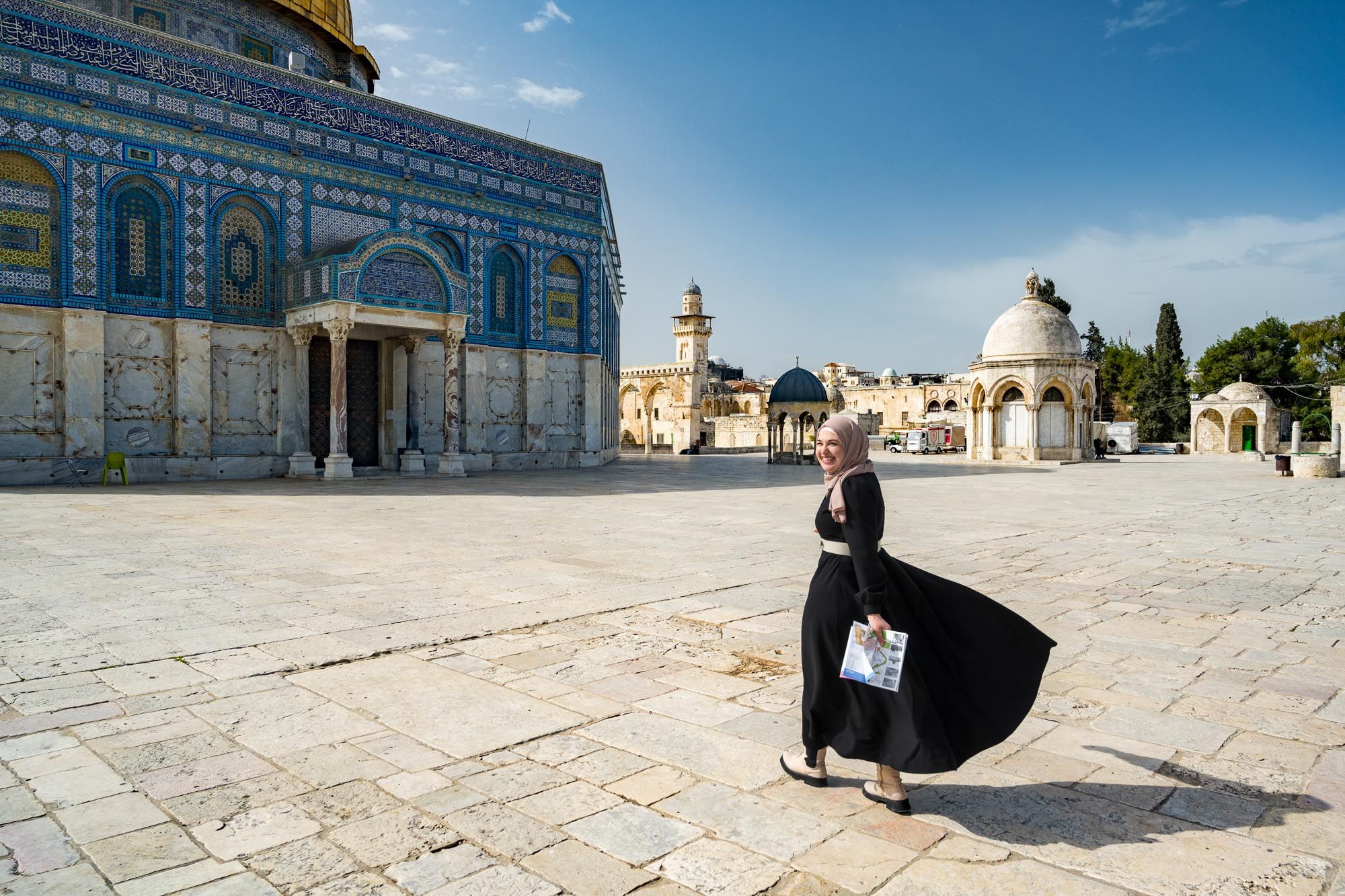 MYSTERIOUS MYSTIQUE
Could I too, now suddenly be suffering from Jerusalem syndrome? That acute psychotic state that can overwhelm the soberest traveler here in the Holy City? A sudden feeling of mysterious mysticism?

I walk, impressed by my imagination, up the steep stairs. Step on the ingrained footprints. The feet of Godfrey of Bouillon, the famous crusader, also touched these stones in 1099 when he conquered the city. Indeed, a guide specializing in crusader history told me that the crusaders may have dug the cave, looking for the Ark of the Covenant. The Ark of the Covenant is the gold-plated wooden chest that houses the two tablets bearing the Ten Commandments that were given to Moses by God.

Could I too, now suddenly be suffering from Jerusalem syndrome? That acute psychotic state that can overwhelm the soberest traveler here in the Holy City?

But one does not know for sure. Each of the three major Abrahamic religions in this particular city claims stories under every stone. And that is what makes Jerusalem’s Old City so unique.

SACRED STONE
Especially this place. The rock I come under from. The rock that gives this domed mosque its name. “A holy stone for all three monotheistic religions: Judaism, Christianity, and Islam,” our guide Samar Nimer knows. From this boulder, God is said to have created the world. Abraham is said to have wanted to sacrifice his son Isaac on it (Genesis 22:1-19). Muslims believe this was where Muhammad ascended to heaven on a winged horse named Buraq (Surah 17). And the Last Judgement will take place here, so it is believed. This rock stone is both the beginning and the end. 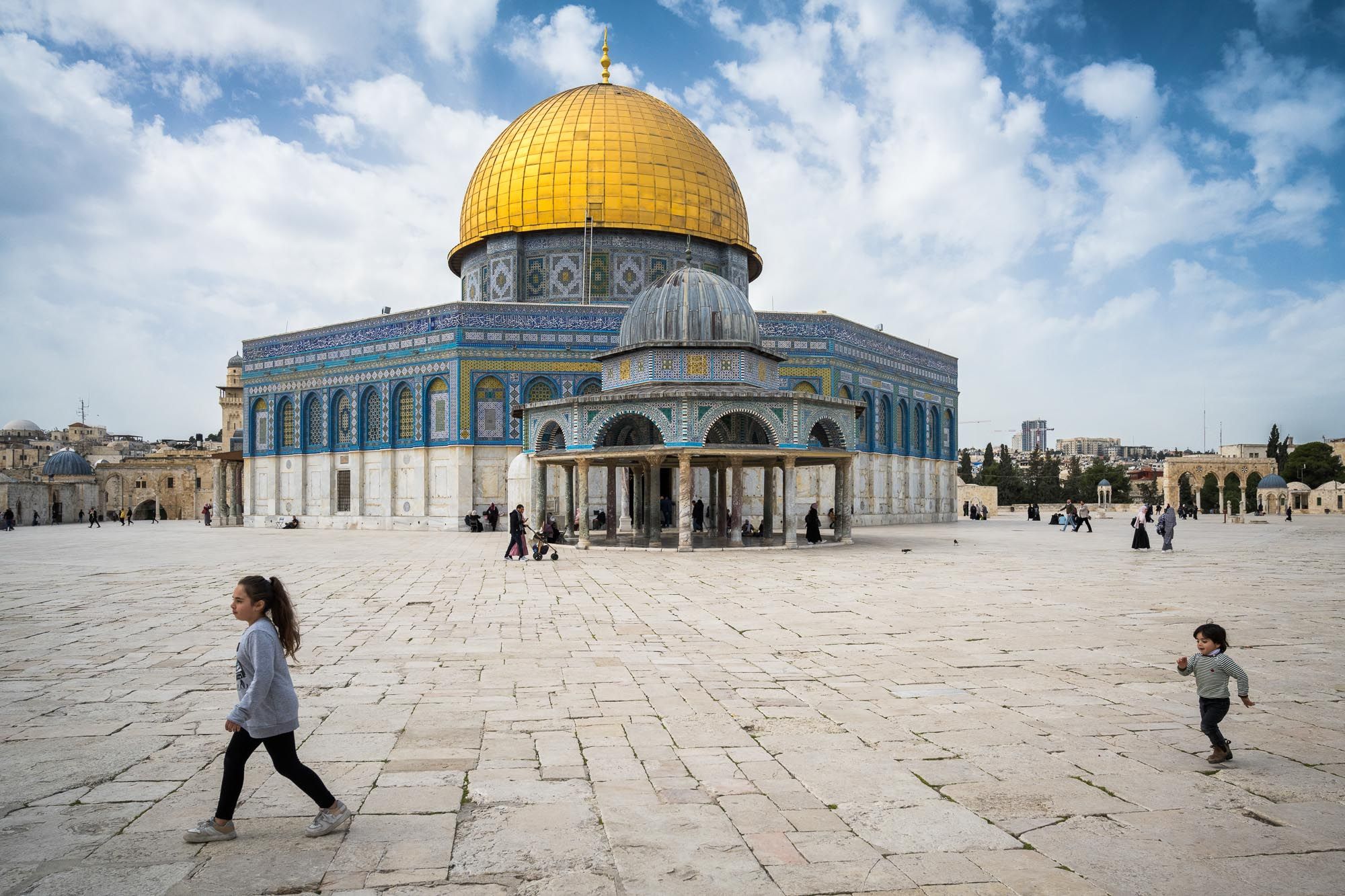 The Jews believe that this is the place where Solomon’s temple stood. Hence they call this piece of earth the Temple Mount. They still pray on the wall outside of the complex, the Wailing Wall.

FOR MUSLIMS ONLY
Being allowed to be here is pretty special. The religious buildings on the Al-Haram Al-Sharif are run by a Jordanian Islamic waqf, a kind of holy council. The Al-Aqsa Mosque has been open only to Muslims since 2000. And we are not Muslims. Yet, thanks to our Palestinian friends, we managed to get admitted. A process that took a few weeks.

“For Muslims, Al-Haram Al-Sharif is one of the three holy places of Islam, after the Ka’aba in Mecca and the Prophet’s Mosque in Medina.” explains guide Samar. “The Noble Sanctuary is located on a plateau at the highest point in Jerusalem. Here you will find not only the Dome of the Rock, but also the Al-Aqsa Mosque.”

“The Noble Sanctuary is located on a plateau at the highest point in Jerusalem. Here you will find not only the Dome of the Rock, but also the Al-Aqsa Mosque”

AL-AQSA
The golden-colored Dome of the Rock, or Qubbet al-Sakhrah as the Muslims call it, was built by Caliph Abd al-Malik between 688 and 691 AD as a house for the foundation stone and stands in the middle of the site. On the south side of Al-Haram Al-Sharif, you will find the silver-colored Al-Aqsa Mosque (Al-Qibla Mosque). “This rectangular structure, originally built in the seventh century, commemorates the first direction of prayer in Islam,” says Samar.

We go inside after removing our shoes. The Al-Aqsa is a gigantic mosque, the largest in Jerusalem, with ‘seating’ for about 5,000 people. An artful carpet that marks the prayer spots adorns the ground. Dozens of pillars break up the space. You can almost feel time slowing down in this sanctuary. “Some of the Crusaders who, along with Godfrey of Bouillon, were the first to conquer the city in 1099,” says Samar, “took up residence in the Al-Aqsa. Hence the name by which they are known: Templars.” 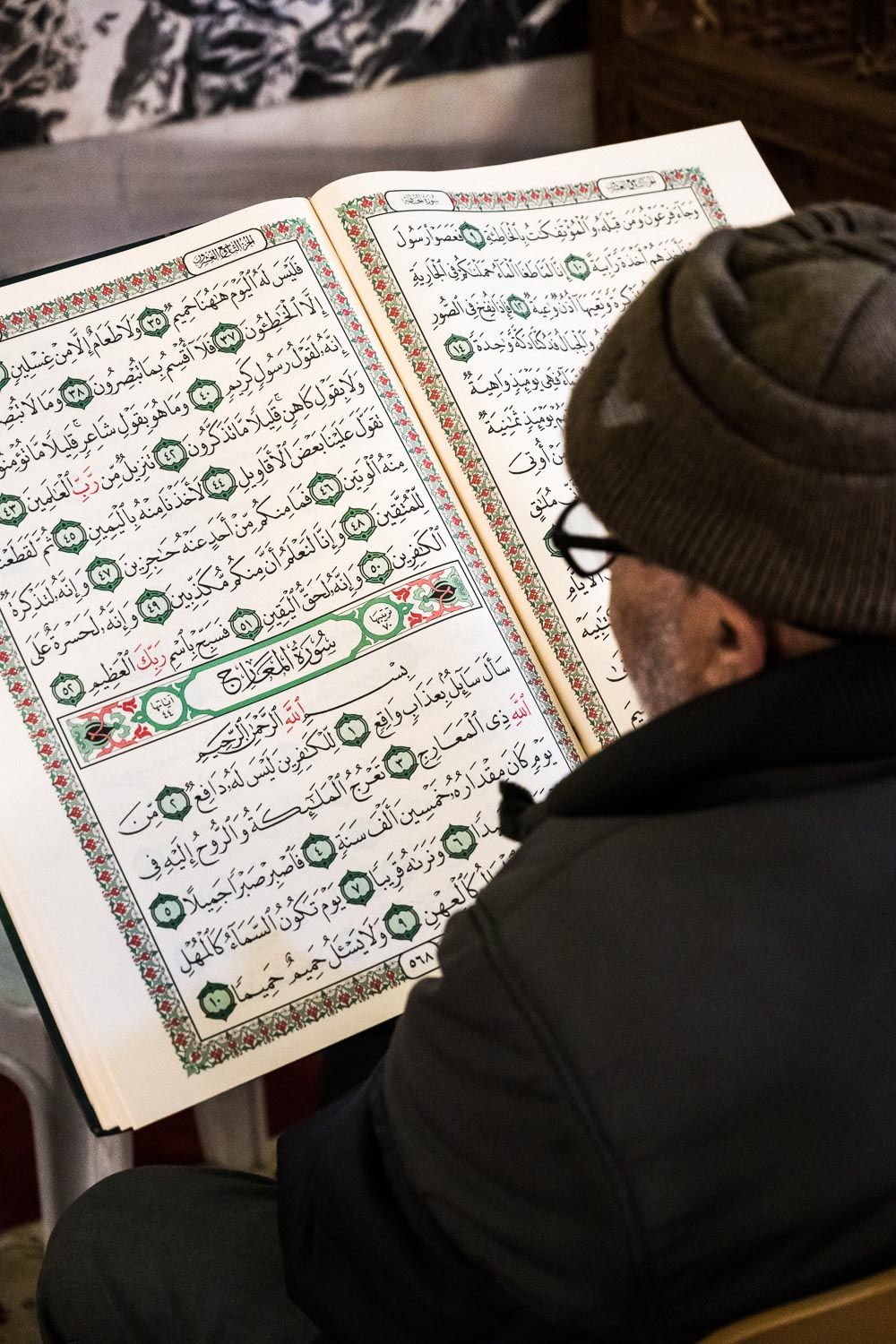 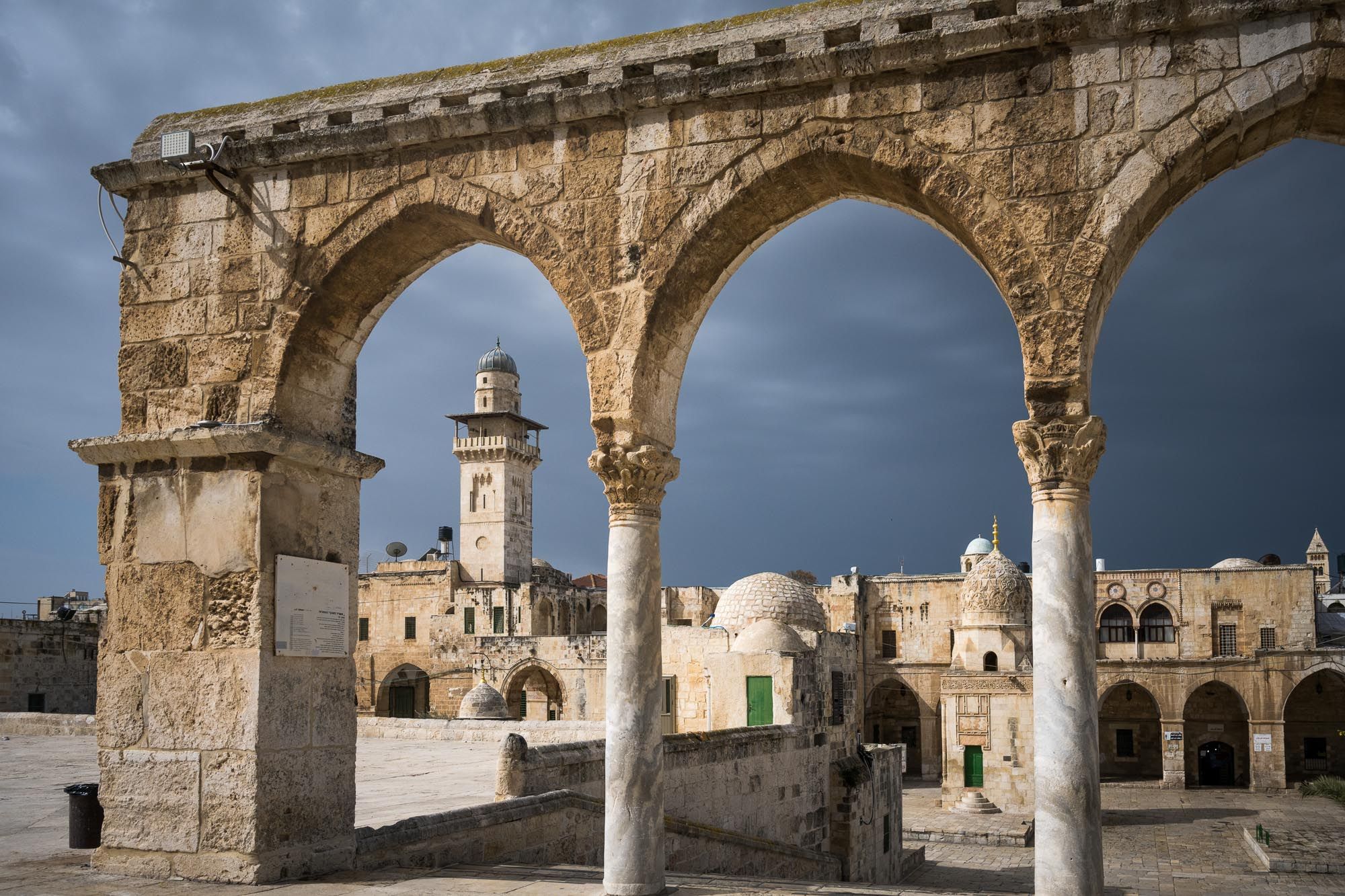 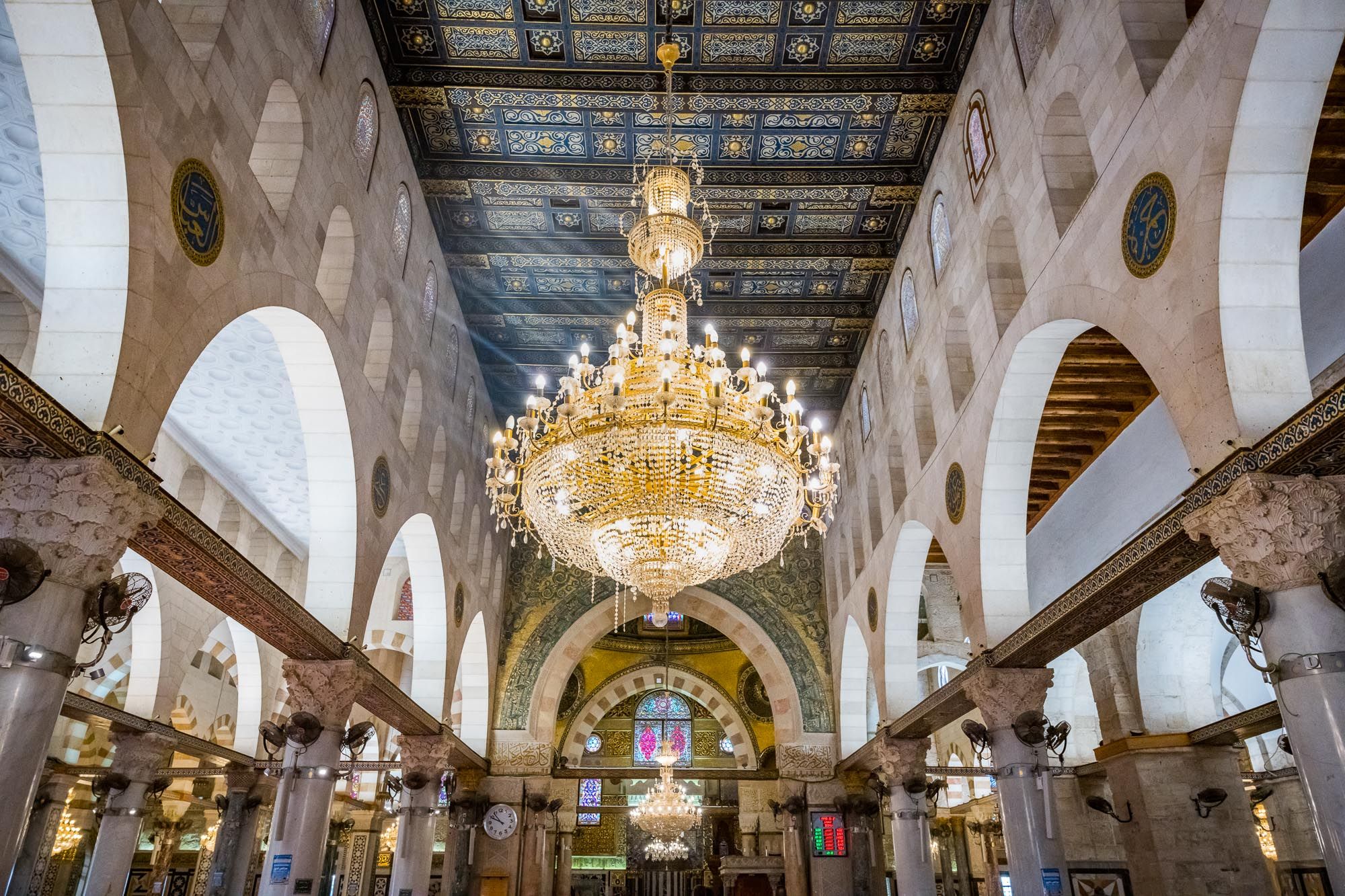 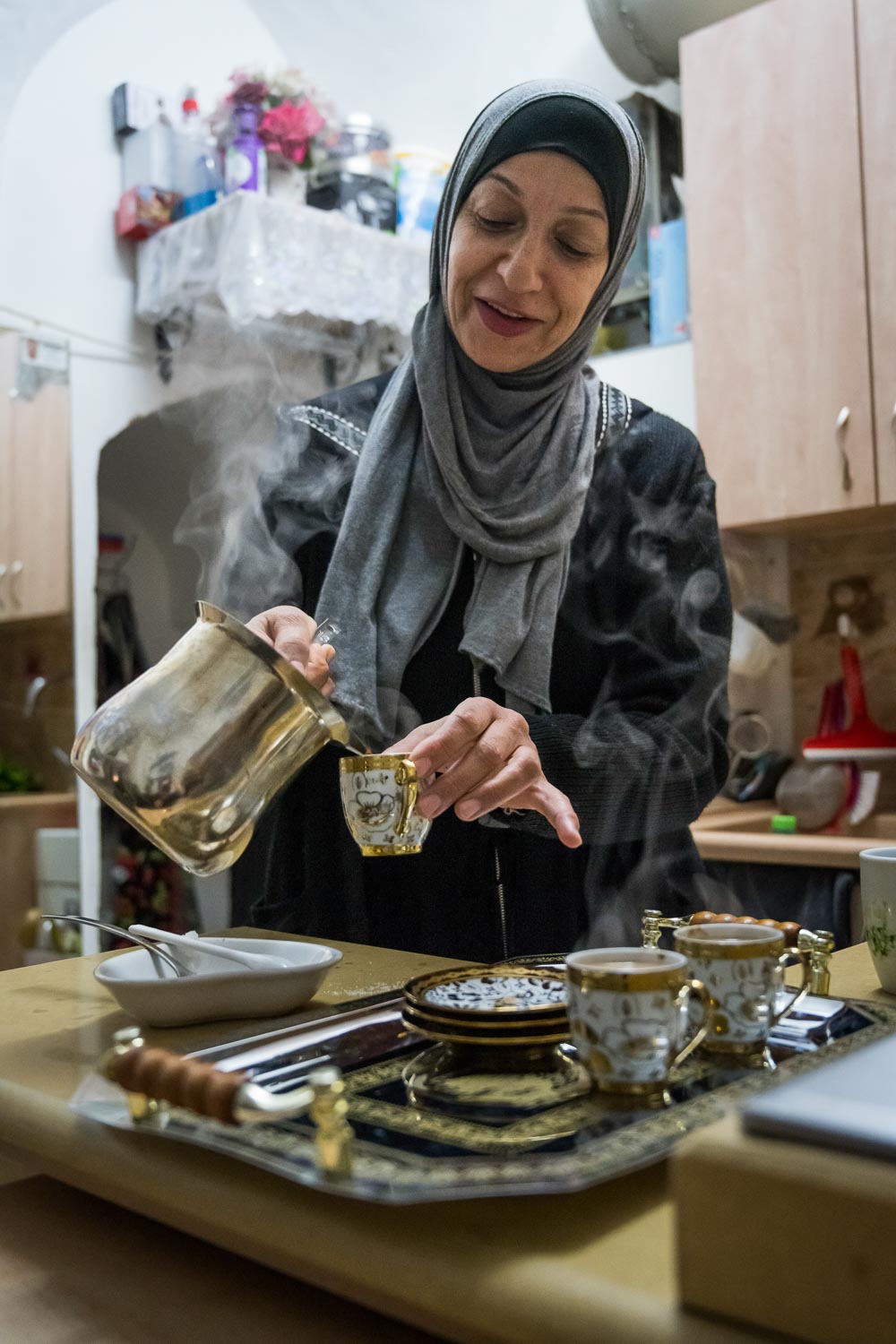 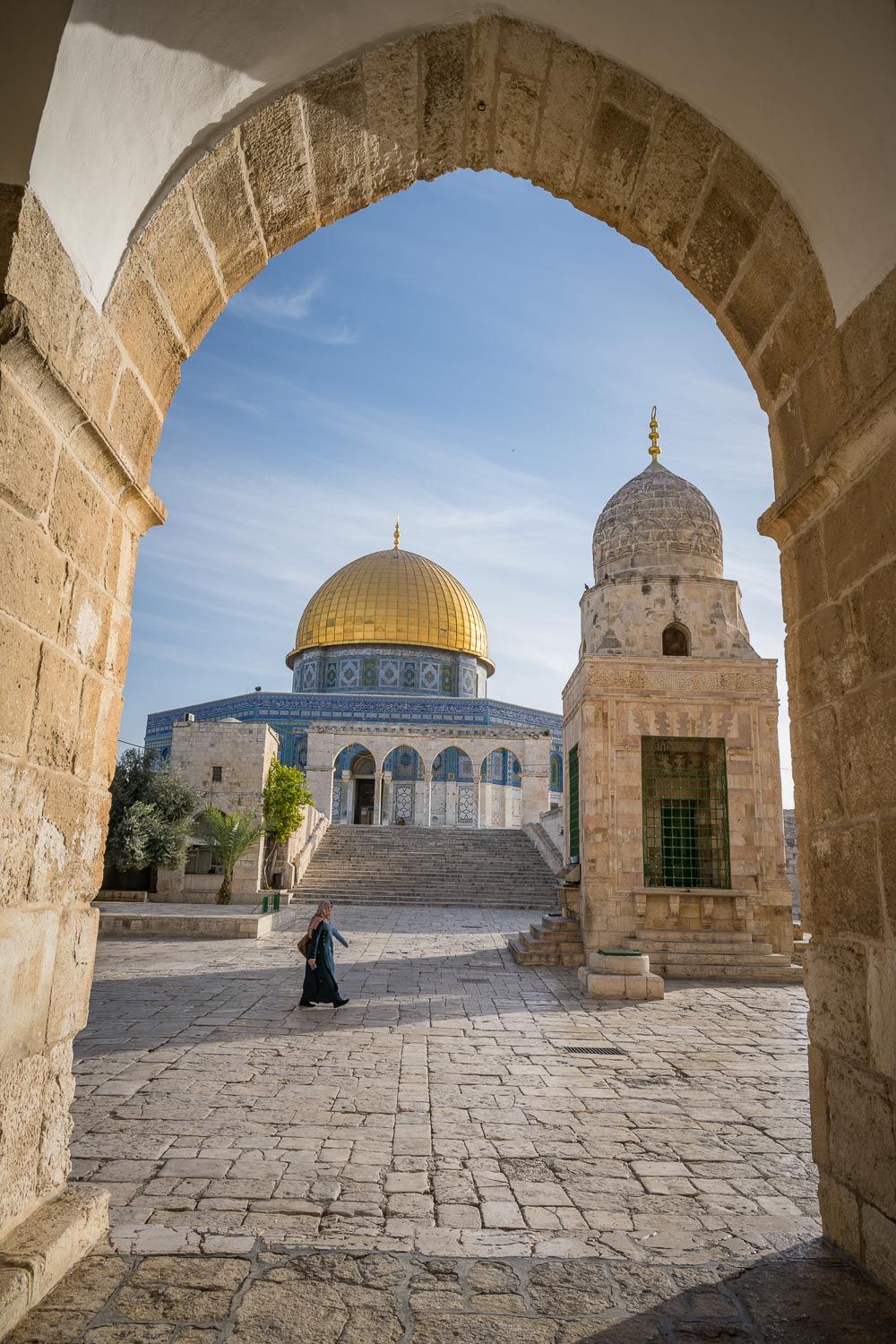 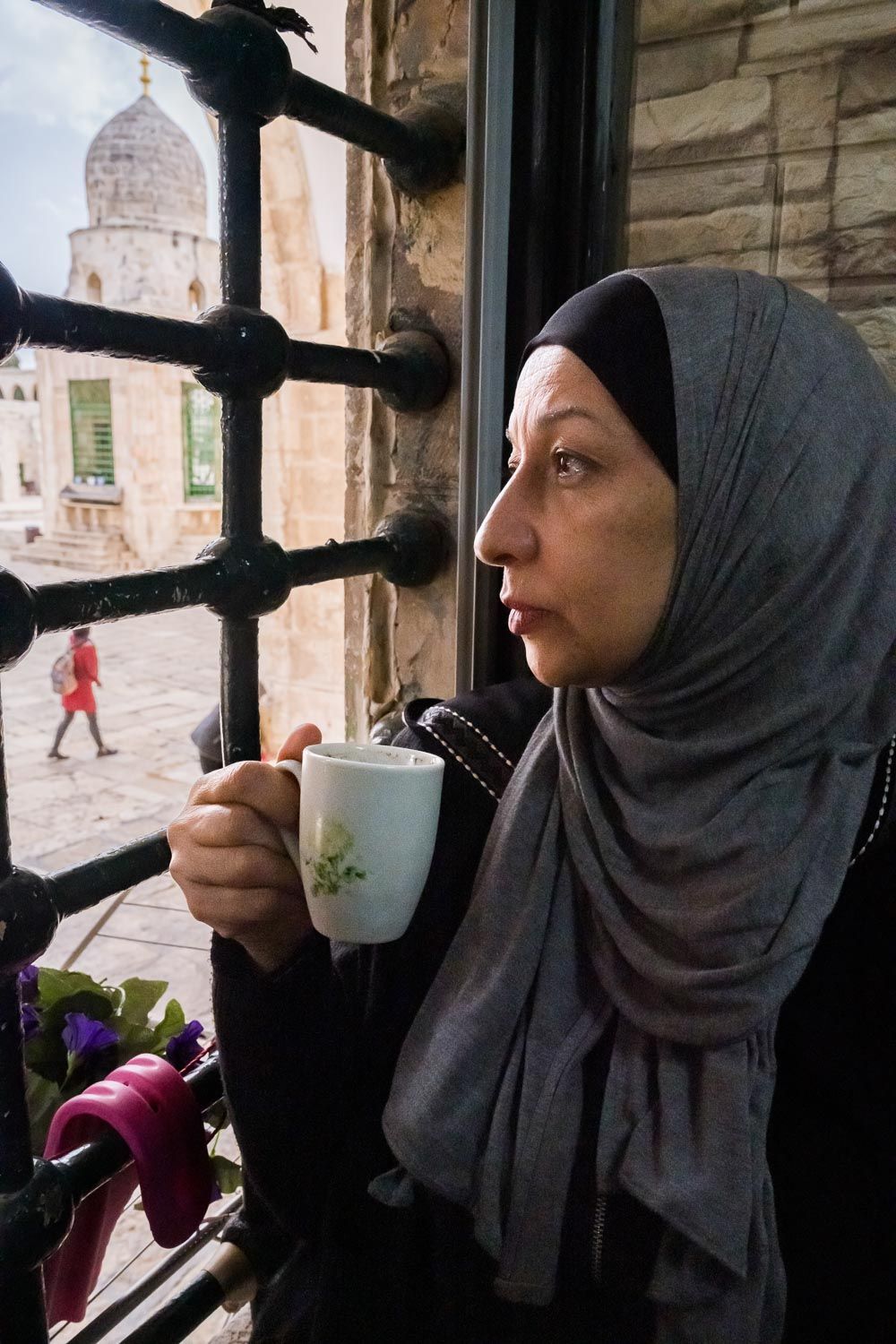 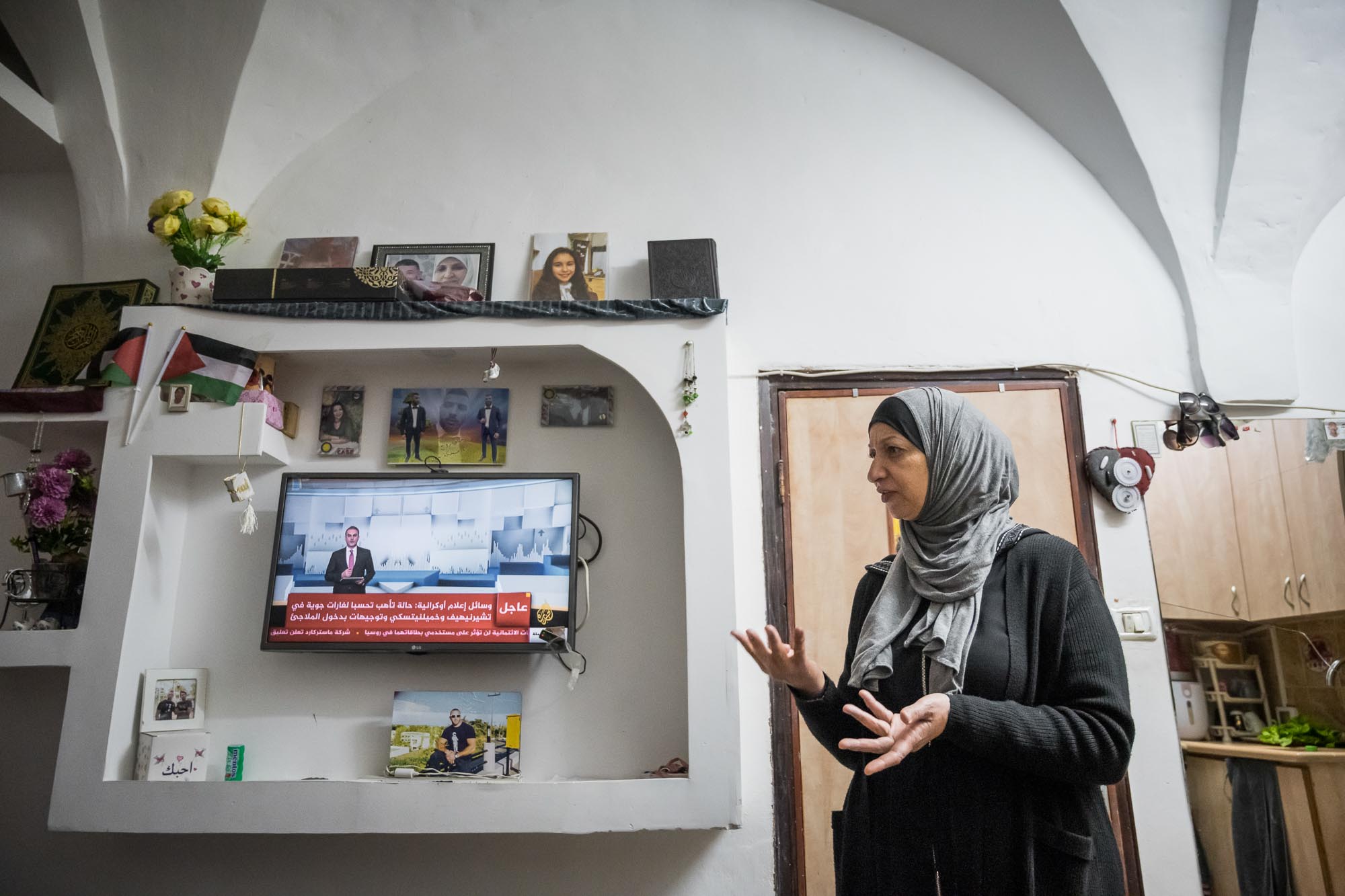 MARIAM
We come to the end of our tour, and guide Samar says goodbye. We will stay a little longer to visit Mariam Abu Nijmeh.

Mariam lives in the Noble Sanctuary. A place that is not only her home but also her world. “I feel I am the luckiest person on earth that God has chosen me to live here,” she says endearingly.

Mariam’s house is a Mamluk-era residential complex, a historic building with stone walls, windows with iron grilles, and vaulted ceilings. It was built above the shops of the old Suq Al-Qattanin, the Market of Cotton Traders.

“You were in the Well of Souls? That is my favorite place at Al-Haram Al-Sharif”

“I have lived here since 1968,” she says as voices echo and buzz from the crowd below. It is the house she grew up in and raised all her seven children.

She arrives with a silver tray and serves coffee in beautiful porcelain cups with gold rims. I recount my experience in the cave.

“You were in the Well of Souls? That is my favorite place at Al-Haram Al-Sharif. You can smell time in the stones. A smell that takes you back to the time of the prophets,” she says softly. She says she sometimes feels that the Prophet himself is with her when she is there. I think back to the strange boy, feeling the prayer beads in my pocket. Would that boy… No. It couldn’t. Or could it?

the holy sites of