When you tell people you’re from Leeds they are usually unsure of where it is and what there is to do. The revitalised city was once called the “Knightsbridge” of the north, because it is a true shopping mecca, but this isn’t the only label attached to a city which has been completely transformed and has a fantastic culture scene to match that of its shopping.

Clifford Stead is an artist and city guide. His work is distinctly colourful and exuberant, which is not without reason. “The city was known for its rich industrial heritage and a skyline forested with chimneys. Leeds became rich as a wool city: here the wool from the great sheep flocks of Yorkshire and elsewhere was processed.’ As with many industrial cities of the era, the chimneys in the city created soot, which masked the vibrant colour of the buildings. ‘The architecture now is both traditional and modern; some have a beautiful terracotta colour, many thought they were actually painted and not the true colour.”

As befits an artist, Clifford organises his tours in a quirky way. His Leeds Owl Trail leads along the many images of owls that the city is blessed with. If you follow Clifford’s Owl Trail, you will automatically come across many of the interesting places in the city. 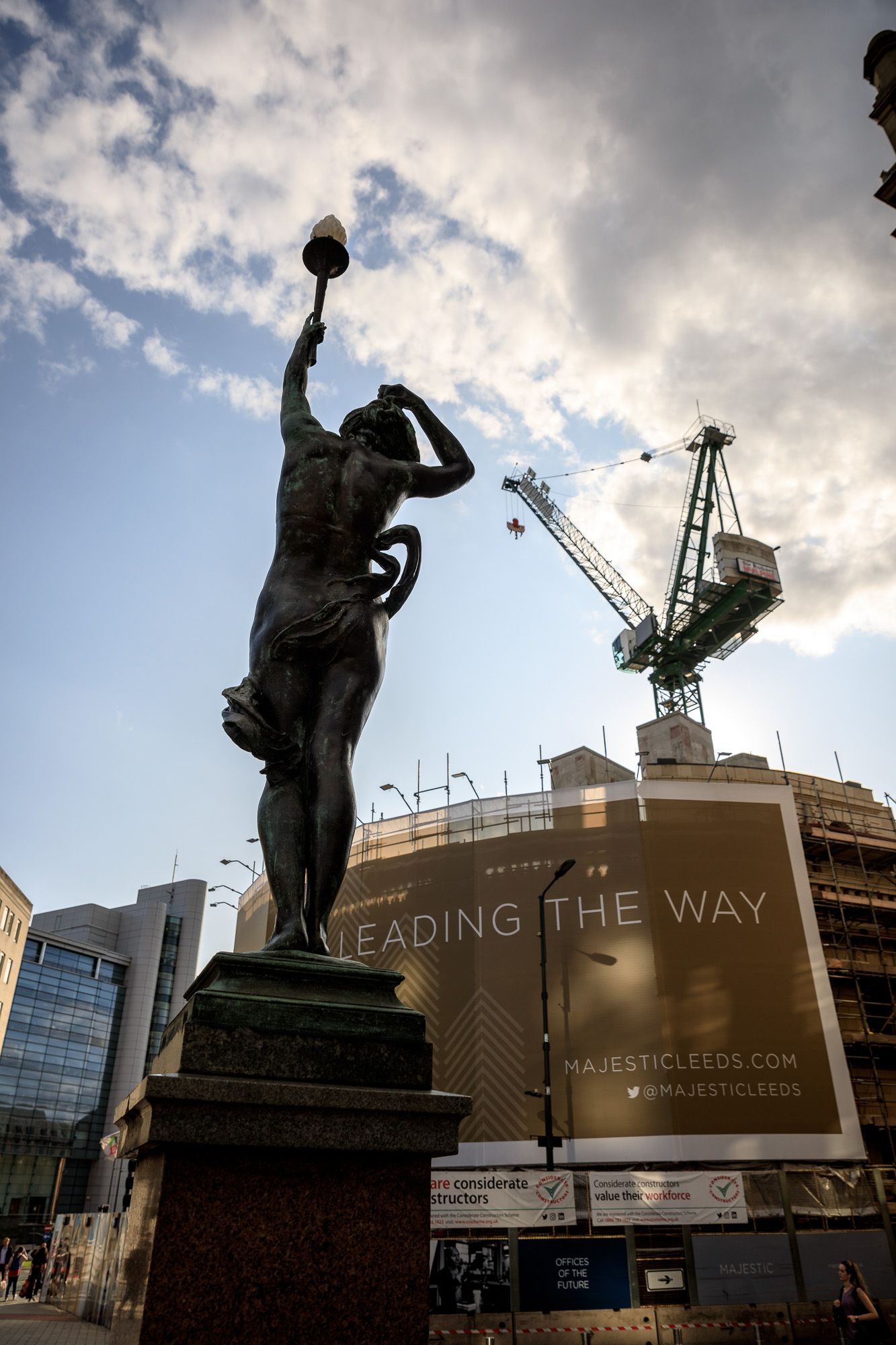 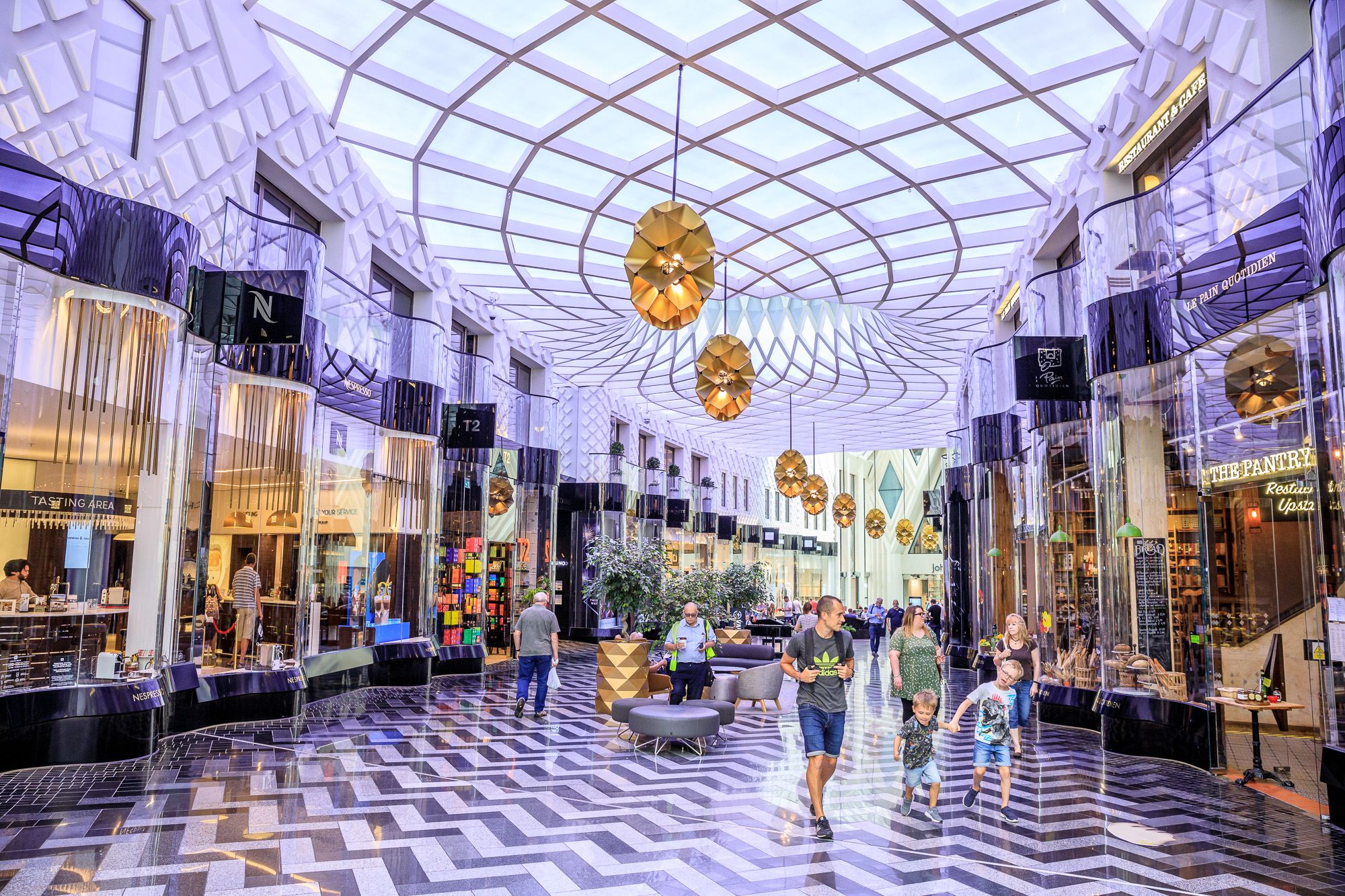 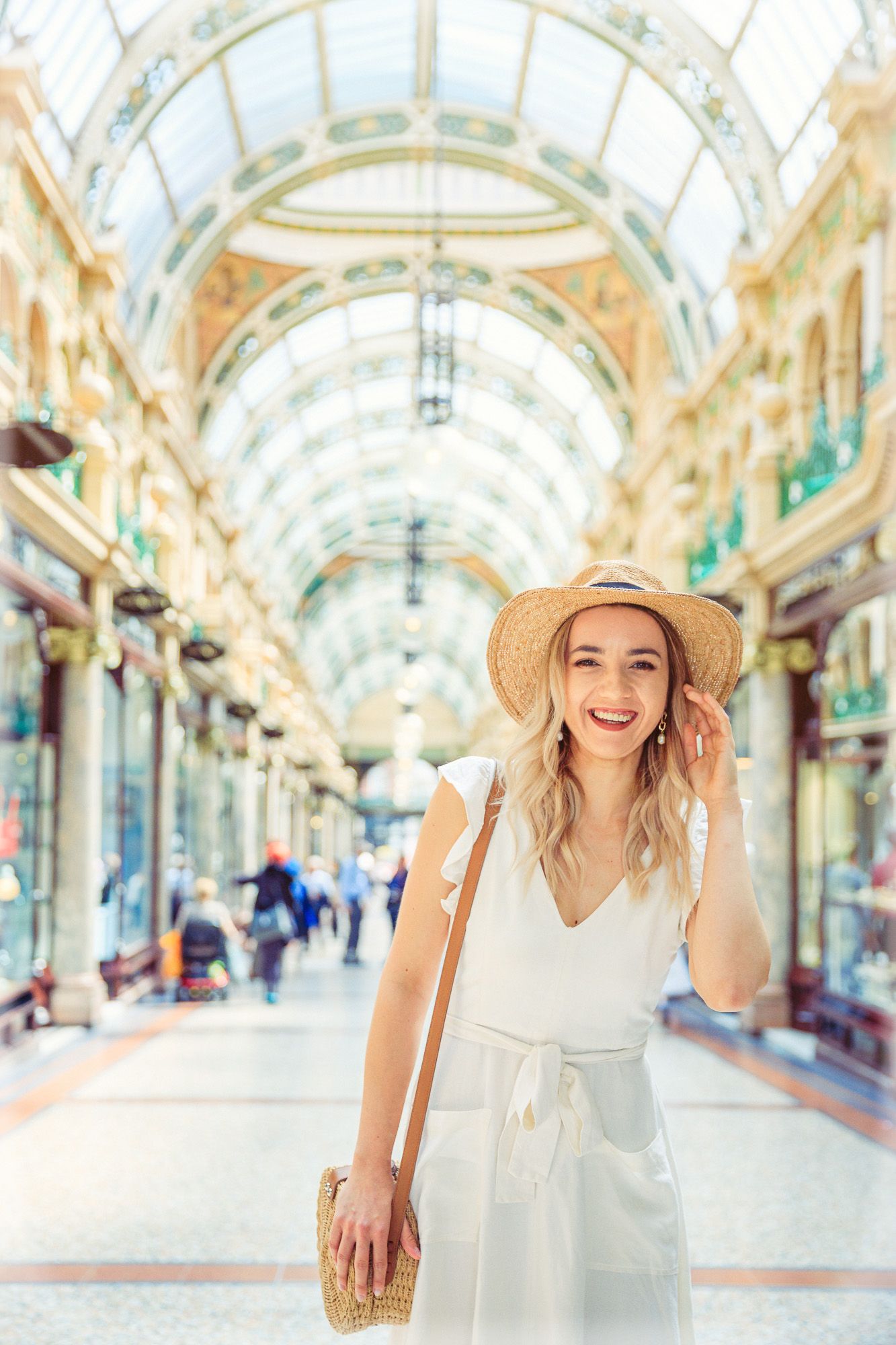 Owls? Of course, it comes with a tale. In the Middle Ages, one John Saville owned large plots of land in the area. He had three European eagle owls in his coat of arms: an owl species found in much of Europe and Asia, but not in Britain. Savile was probably a well-travelled man. When Leeds was granted city rights in 1893, it also needed a coat of arms. The choice fell of Saville’s three owls, accompanied by a sheep: admittedly a slightly less august animal, but then, the city owed its wealth to it, didn’t it?

One of the things that immediately stand out when walking through Leeds is the multitude of architectural styles. “I think that is one of the attractive sides of the city,” says Clifford. He explains that the modern buildings that alternate the Victorian and Edwardian ones are mainly the product of city planners and project developers. “During the Second World War, only our museum was destroyed by bombs. An aircraft factory near the airport was the target.

“ During the walk we come across the Corn Exchange where corn was traded adding to the city’s wealth. This breathtaking building is a bustling centre for independent shops and cafes. Just next door, the city market, Leeds Kirkgate Market housed the first covered retail street in Leeds and is where Marks & Spencer was first formed. 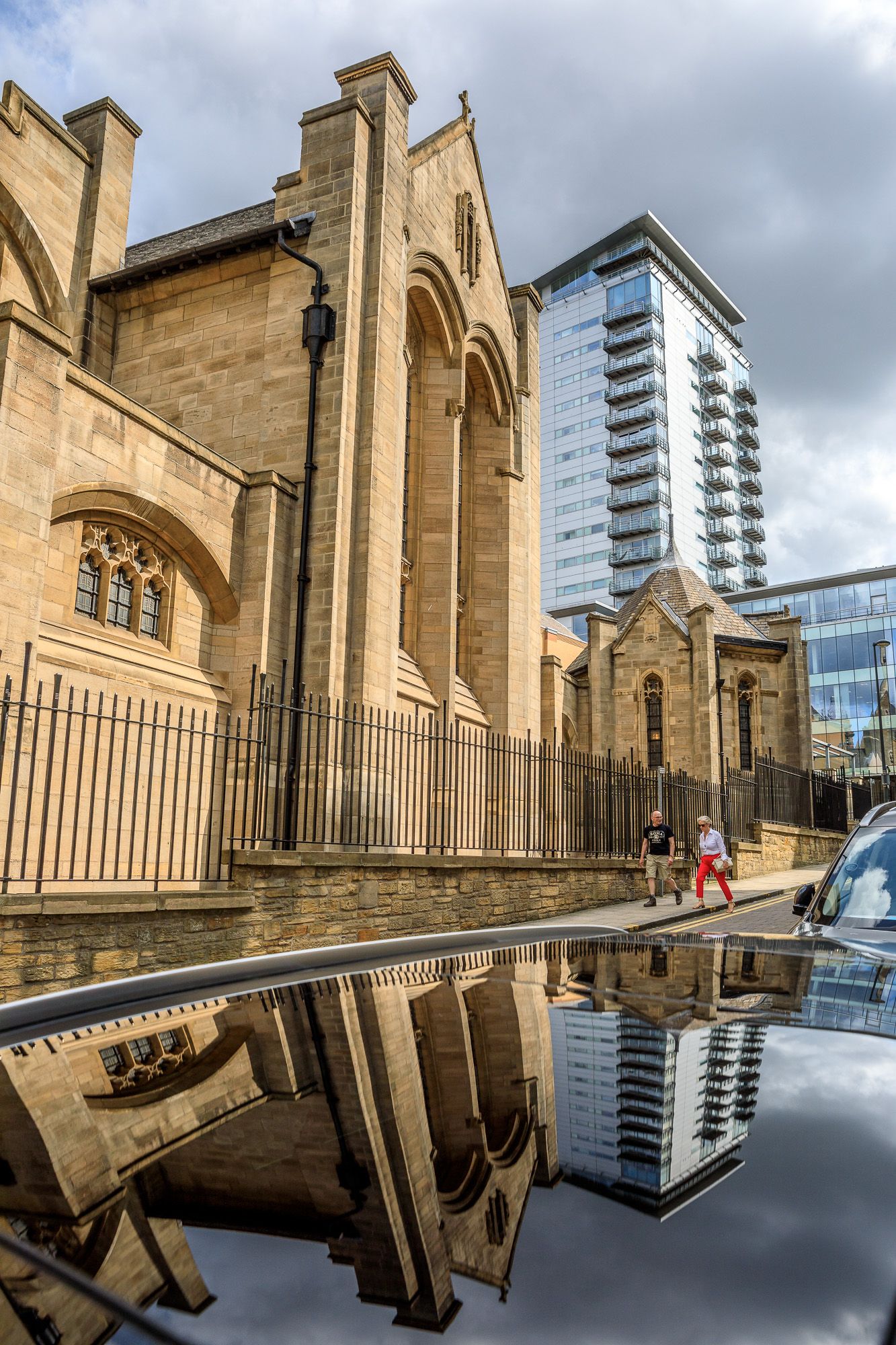 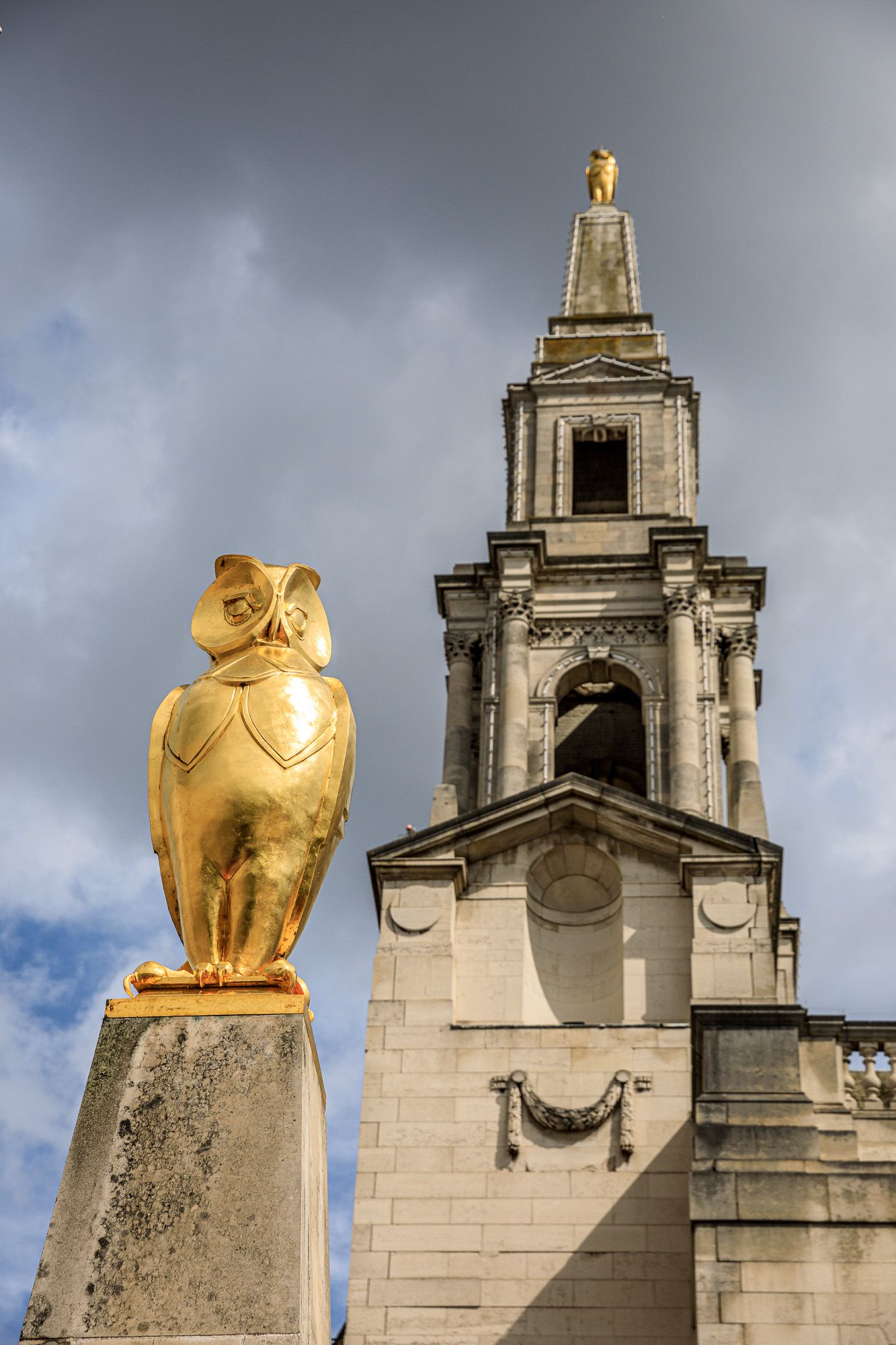 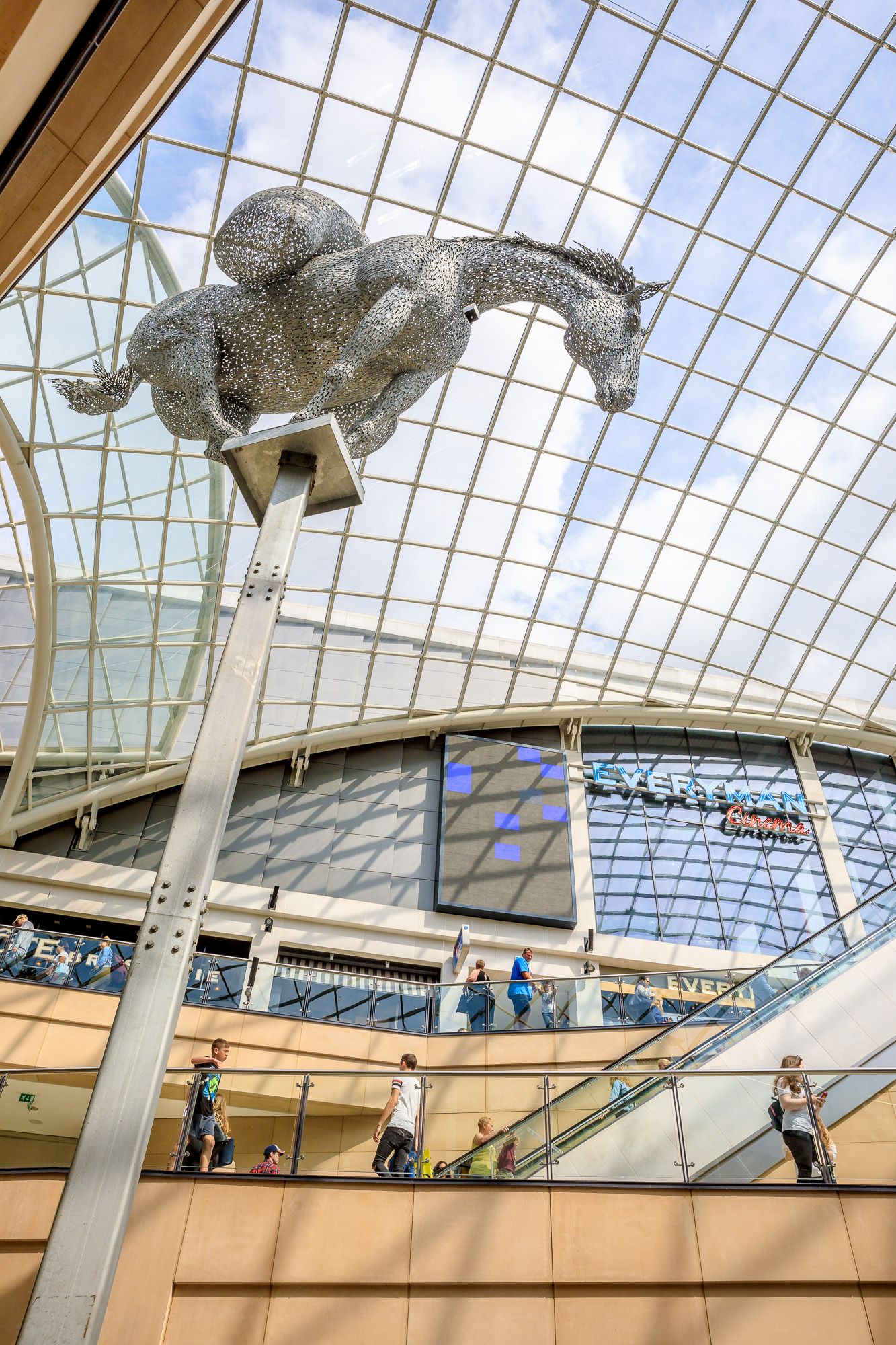 “Harvey Nichols, Vivienne Westwood and Luis Vuitton. Like you are walking in Milano!”

Leeds’s shopping centres are not soulless and intimidating malls of glass and concrete. The most are stunning Victorian arcades, opulent in design and housing premium shops in a style to rival Milan. Take a look around the Victoria Quarter with its beautiful County Arcade and stores such as Harvey Nichols, Vivienne Westwood and Luis Vuitton. “Harvey Nichols was initially just in London,” says Clifford, as we stand in front of the chic store, where a porter brings customers in and out. “But when they saw the renovated County Arcade, they said: this is where we want to be.” The charm of many shopping and catering areas in Leeds – The Light is a good example – is that existing buildings have been used. Bank buildings became hotels, streets were covered with glass roofs, the human factor survived. One simply feels welcome. 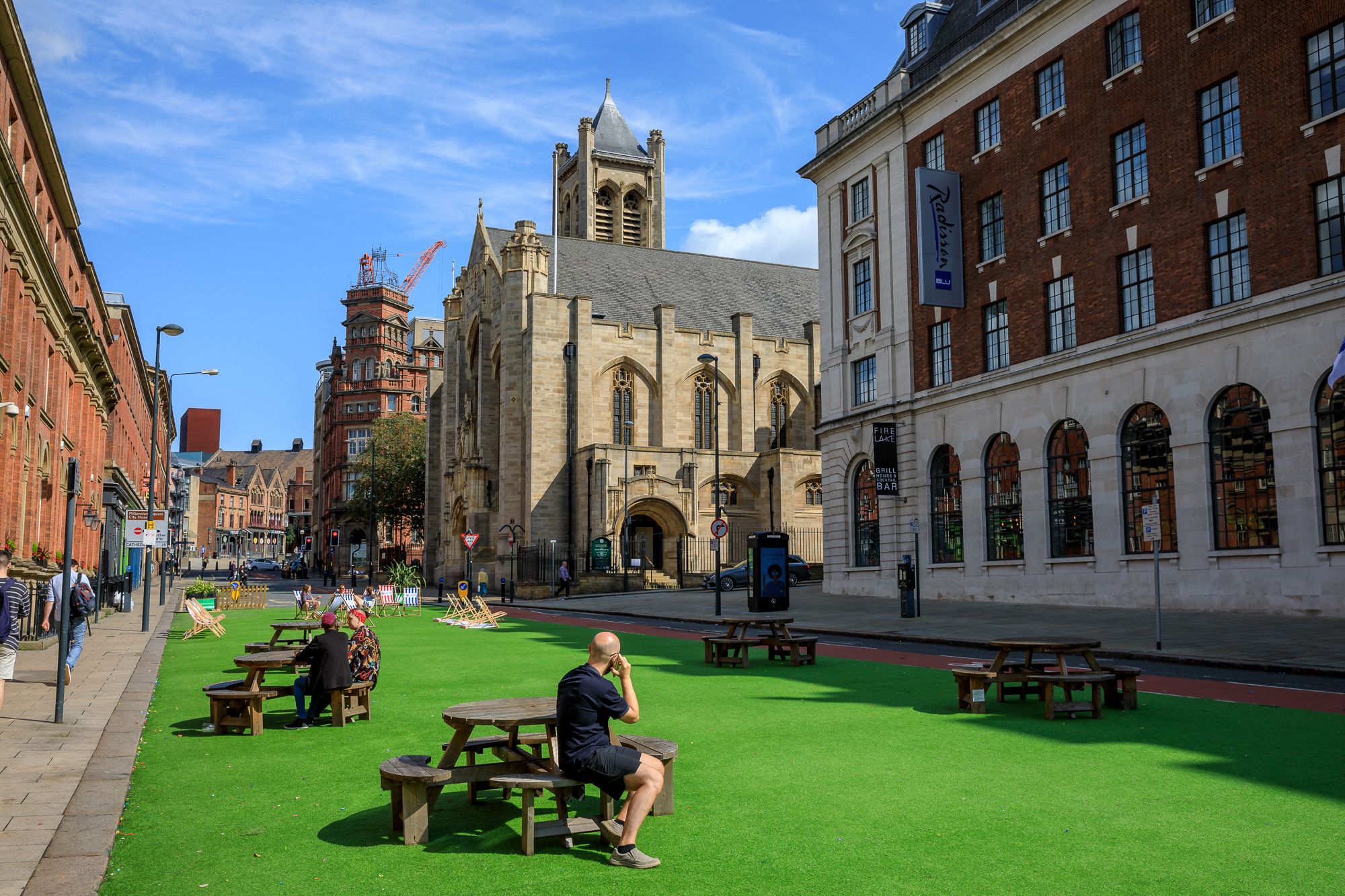 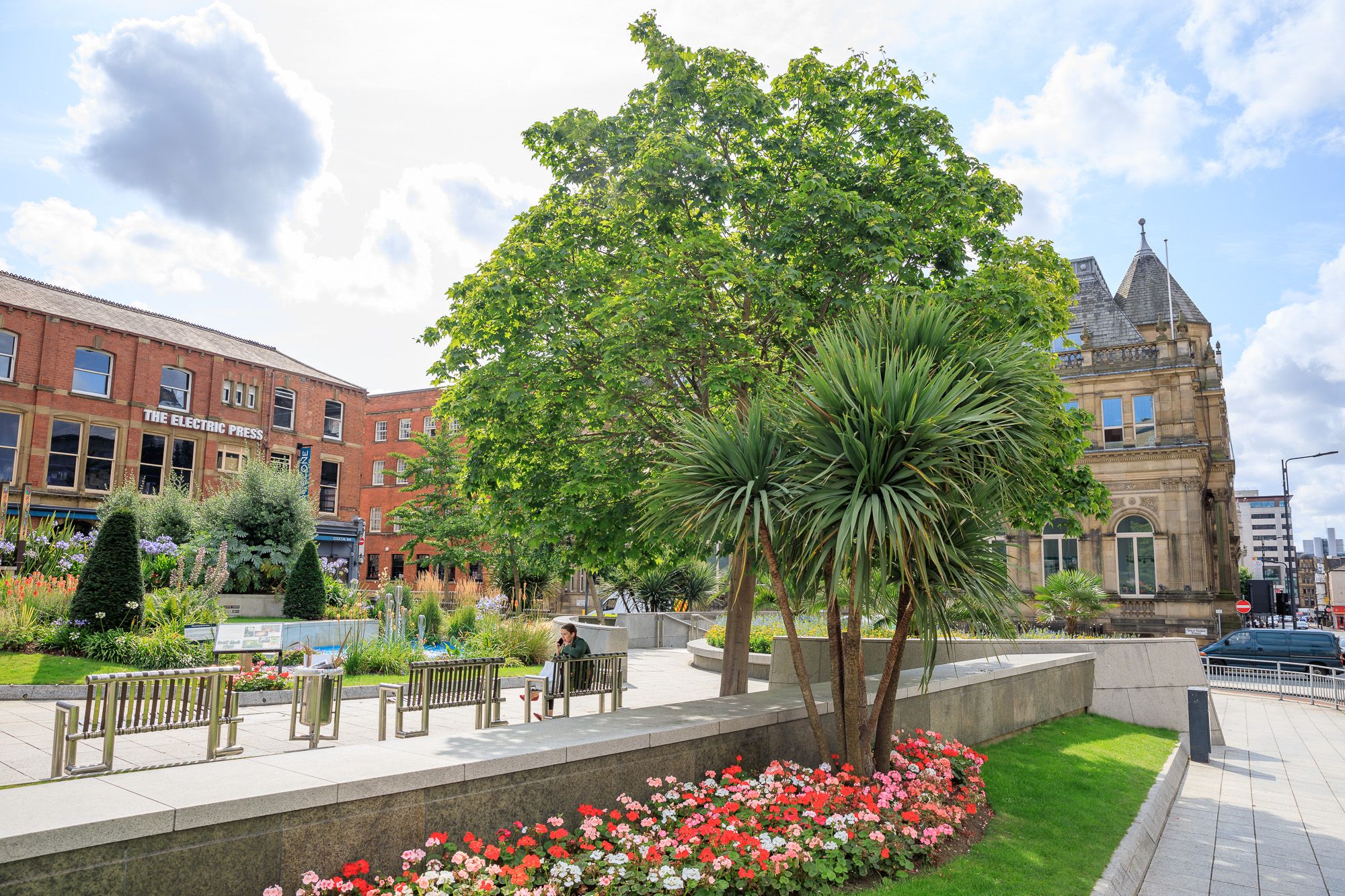 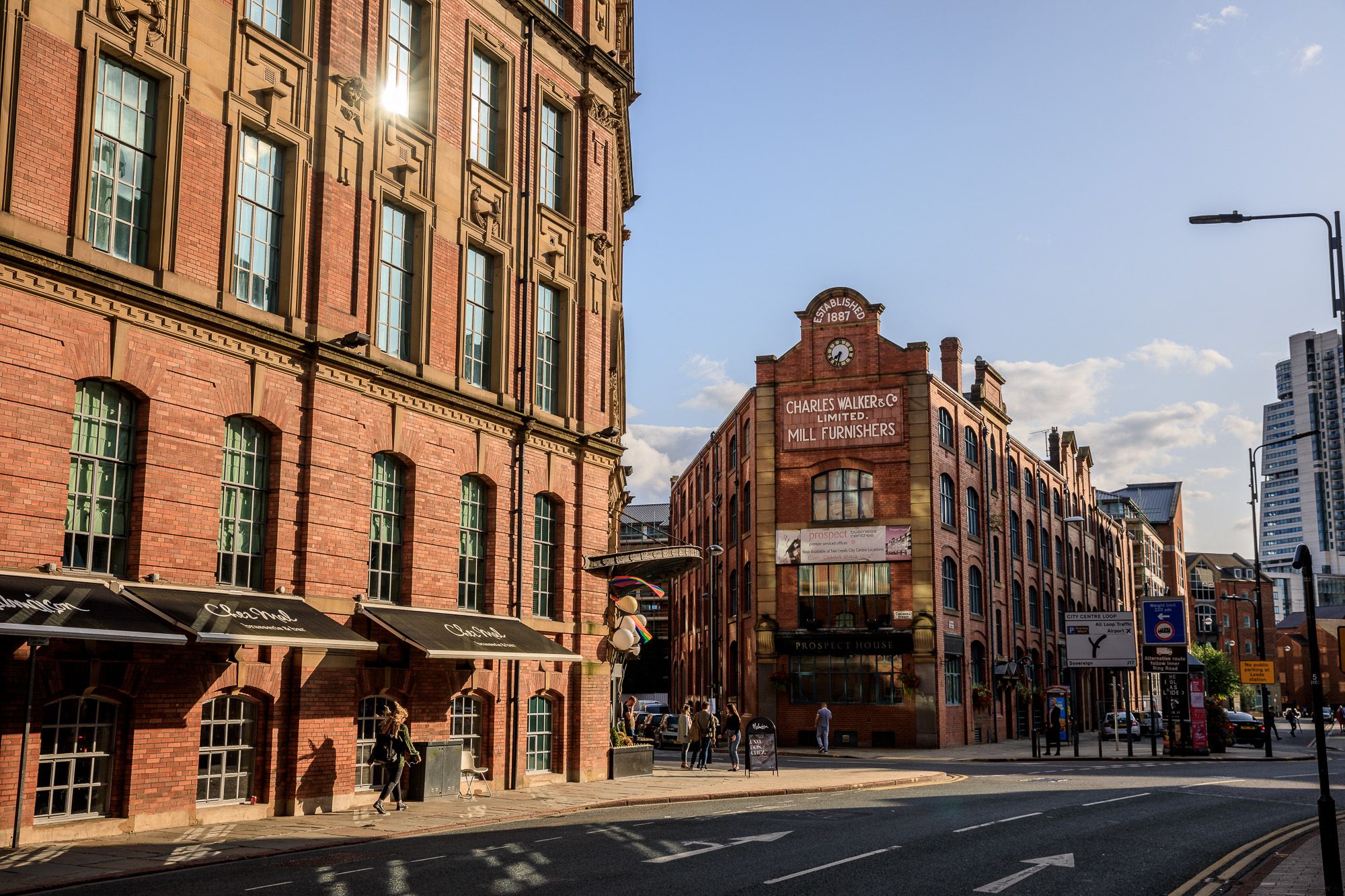 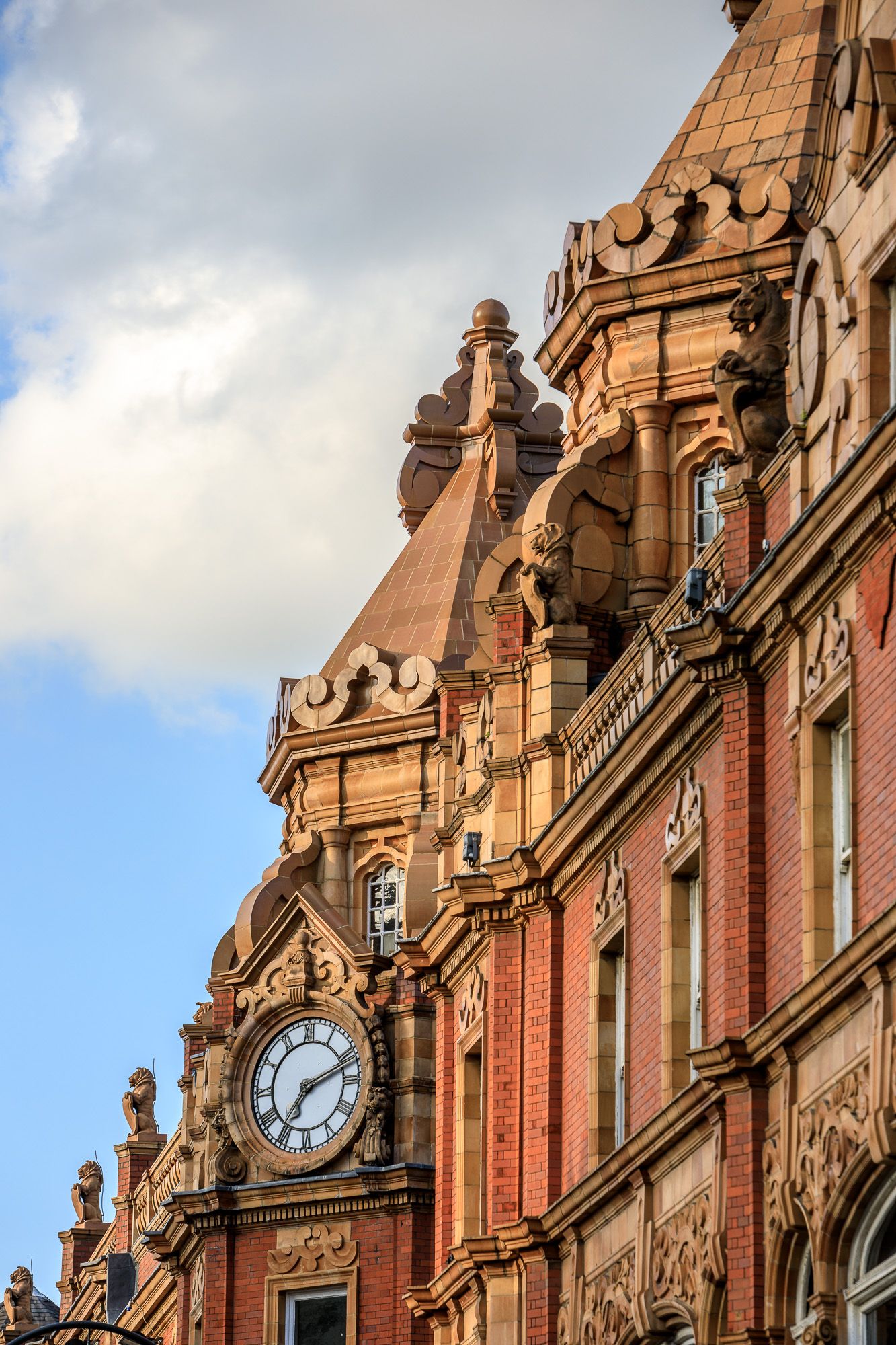 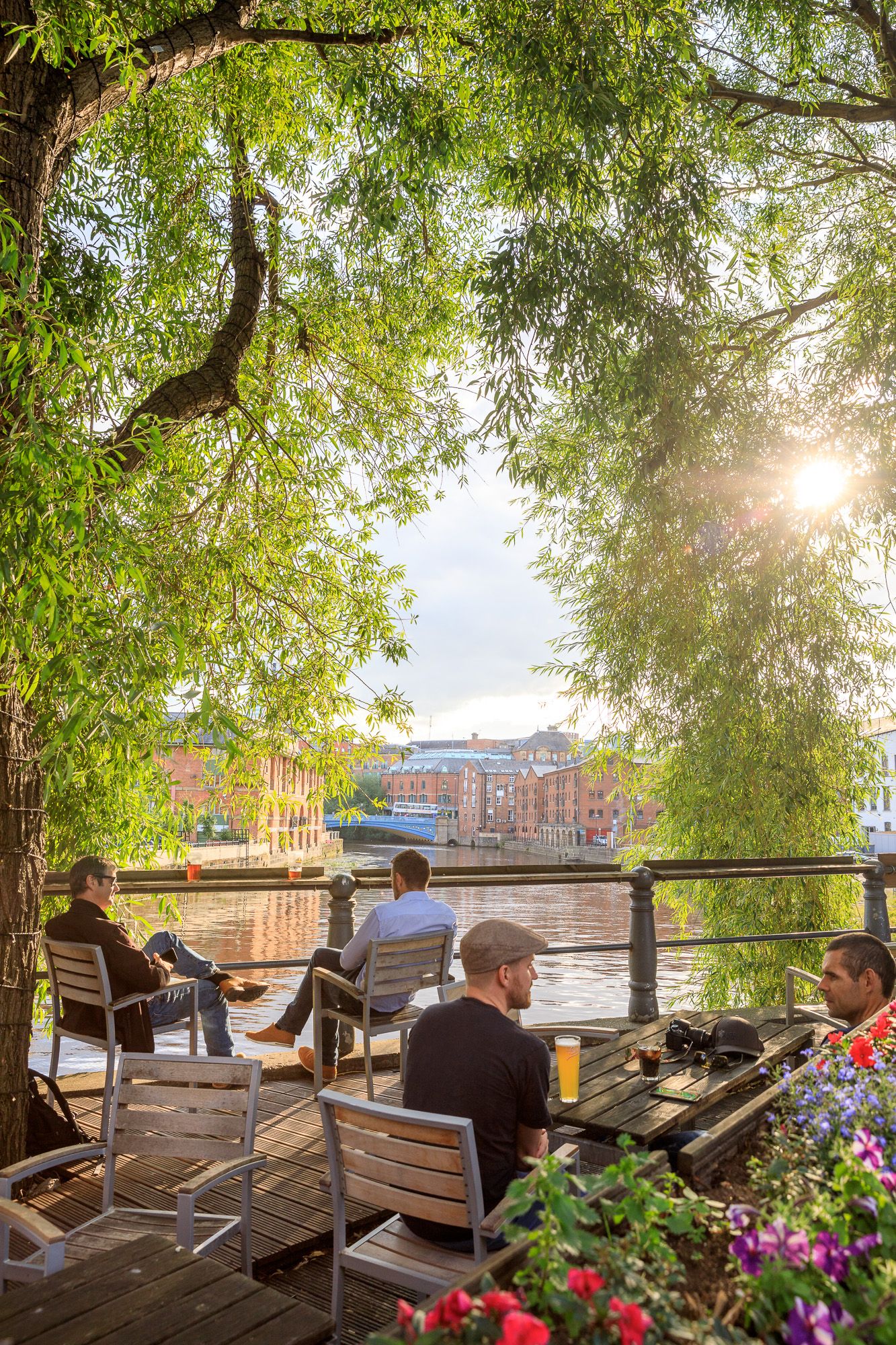 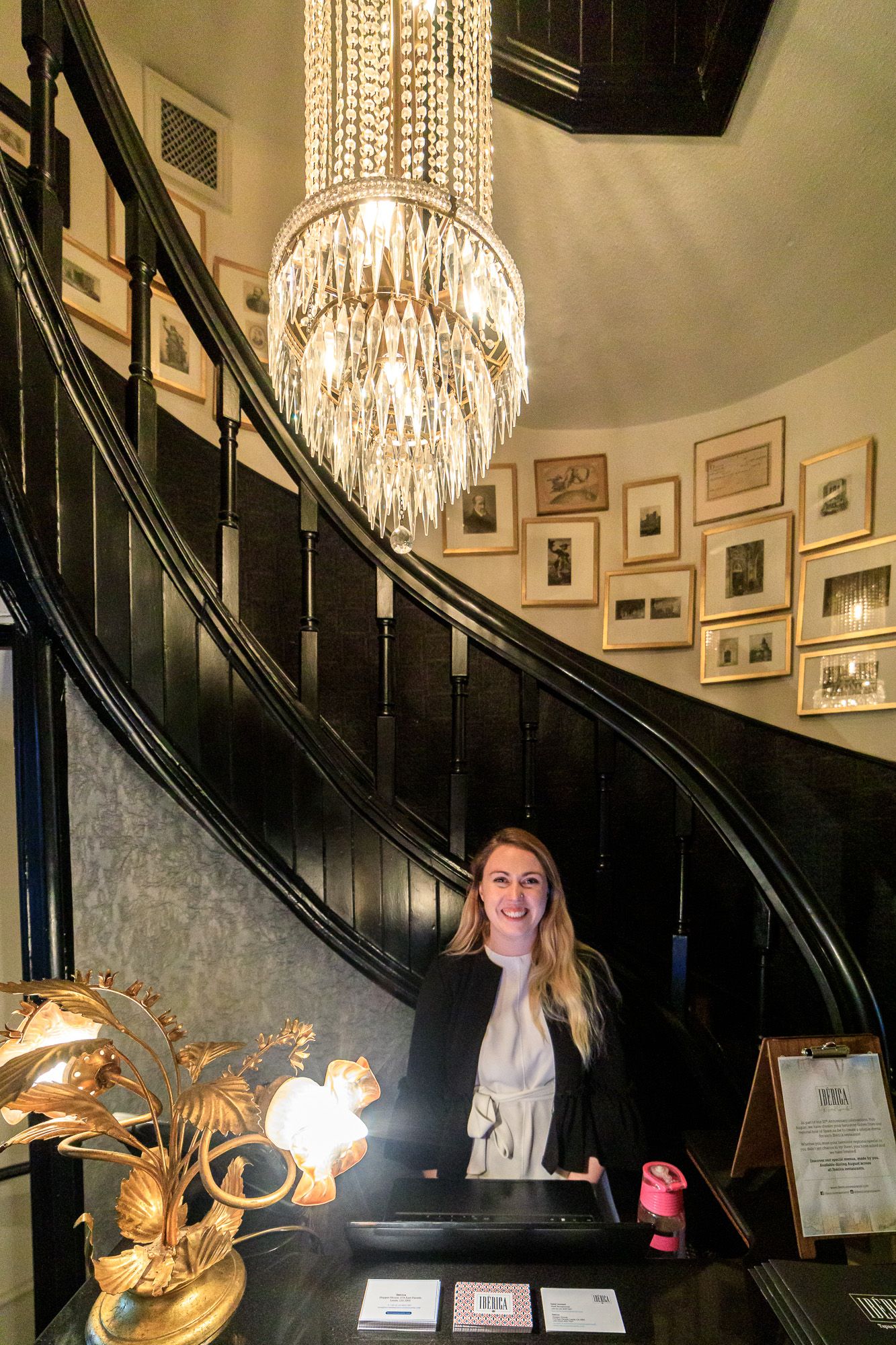 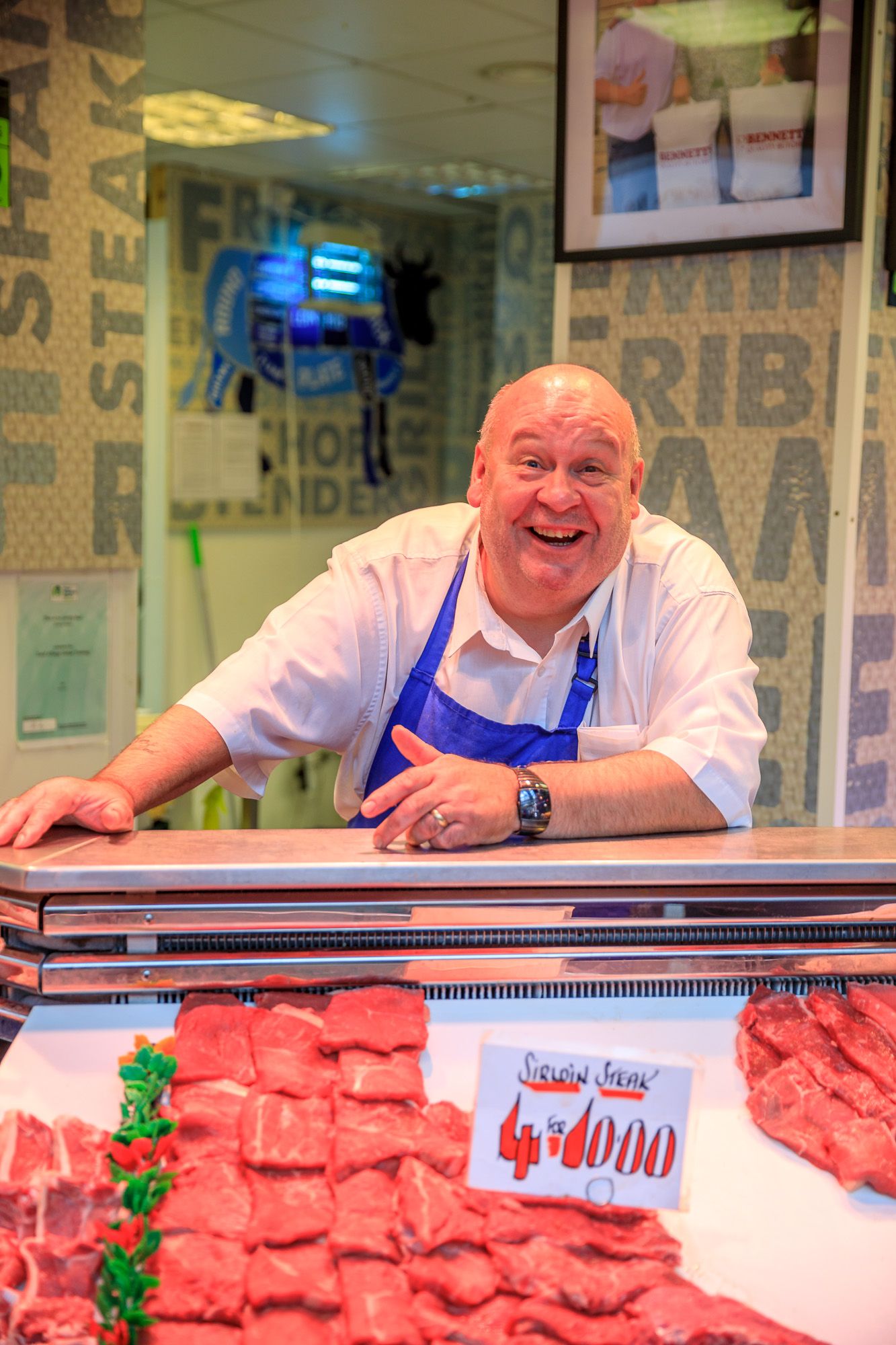 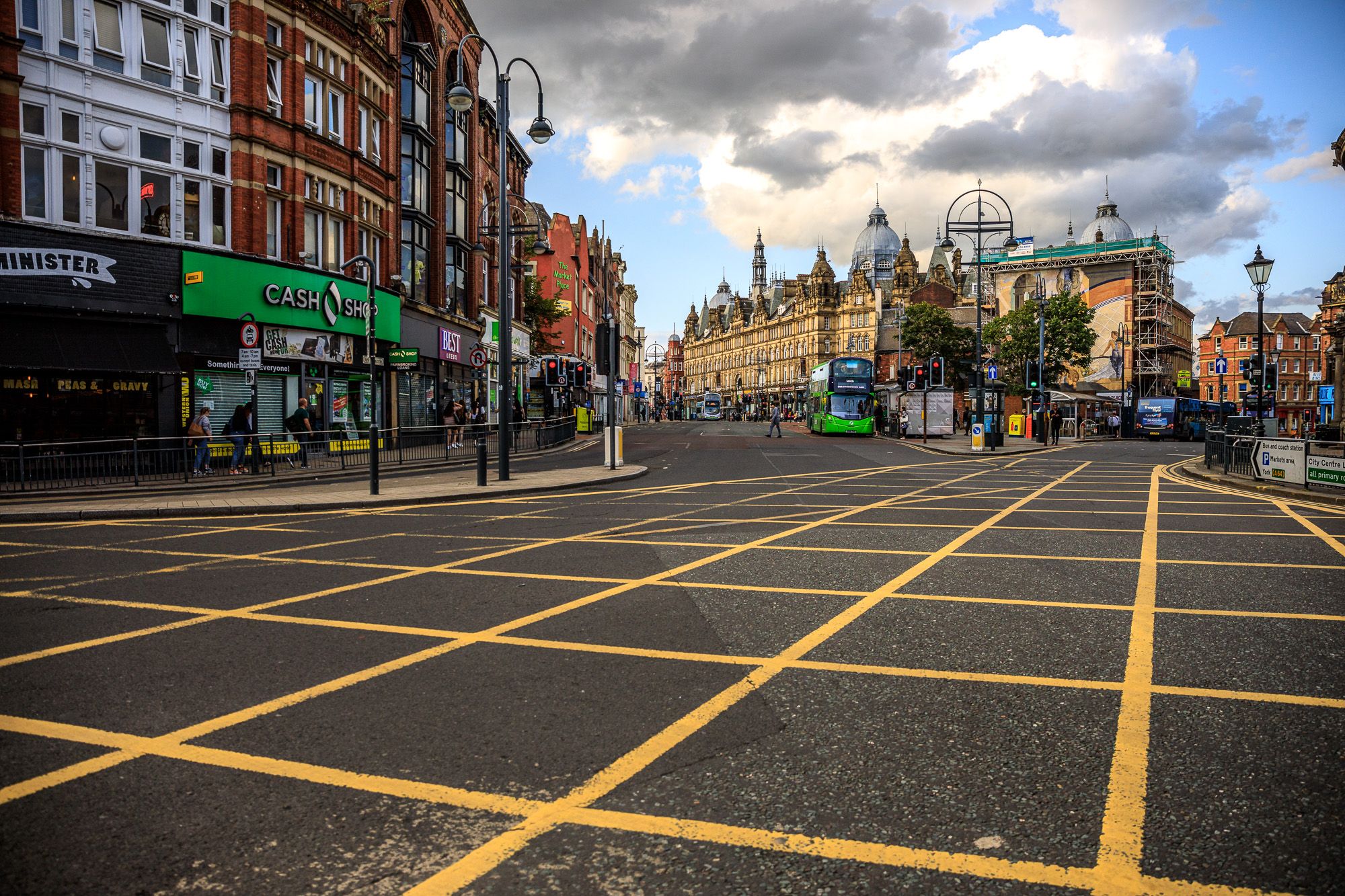 The missing inventor
We walk through the station area, which is in the heart of the city and a true welcome to Leeds, this is a city where people work and earn money. The station is undergoing a massive refurbishment, and the whole city is being reimagined, creating more pedestrianised areas which is great considering Leeds is so compact and walkable. The images of half-naked nymphs on City Square date from 1903, two years after the death of Queen Victoria. During her reign, all nudity was out of the question. When her son, Edward VII, became king, he took a different view. Thus Leeds became the first English city with nude statues. The station used to be a jumble of busy roads, but since the redesign there has been a square with benches. There are terraces nearby, walking areas and cycle paths. Speaking of cycling: did you know that Leeds had the Grand Départ of the Tour de France on July 5, 2014?”

Did you know that Leeds had the Grand Départ of the Tour de France on July 5, 2014

Leeds Bridge, over the River Aire, is the location of yet another anecdote. Here Louis Aimé Le Prince made the first successful film from the Waterways Building in 1888: traffic passing the bridge. Two years later, Le Prince disappeared without a trace. He would have boarded the train from Dijon to Paris, but never arrived there. His body was never found. An accident? Suicide? Murder? Nobody knows. Clifford: “Le Prince never patented his invention. George Eastman did that in 1888. I feel that being an inventor can sometimes be quite dangerous.”

Beating city heart
Perhaps the best proof of the revival Leeds has experienced is the fact that there are currently around 20,000 people living in the city centre. Twenty years ago, that number was close to zero. Clifford himself has also been living in the city centre for a year now. “In the past, all shops and restaurants and bars were closed when people moved from the office to their homes in the suburbs or out of town. Now the city centre is buzzing again. A great deal is being invested in Leeds. The city has been fairly recession-proof by not relying on one particular industry, and it’s actually better than ever. “ 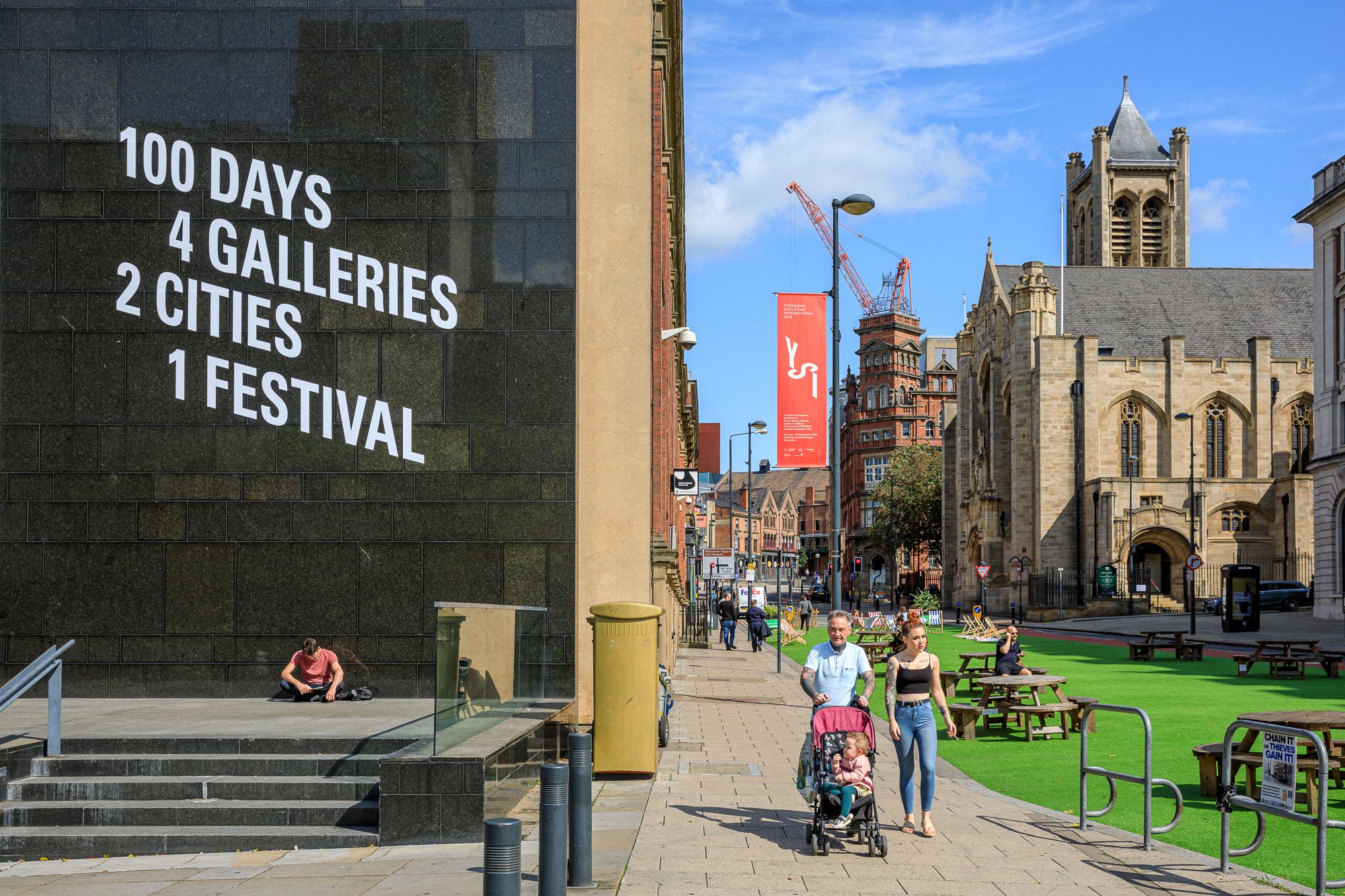 Leeds Art Gallery: prominent British painters such as Constable and Gainsborough, but also works by Renoir, Courbet and contemporary artists such as Jacob Epstein and Barbara Hepworth

——————–
Royal Armories Museum: including the armour of Henry VIII and a collection of weapons and swords used in The Lord of the Rings

Leeds Industrial Museum: a little outside of the city centre you learn everything about Leeds’s famous wool industry 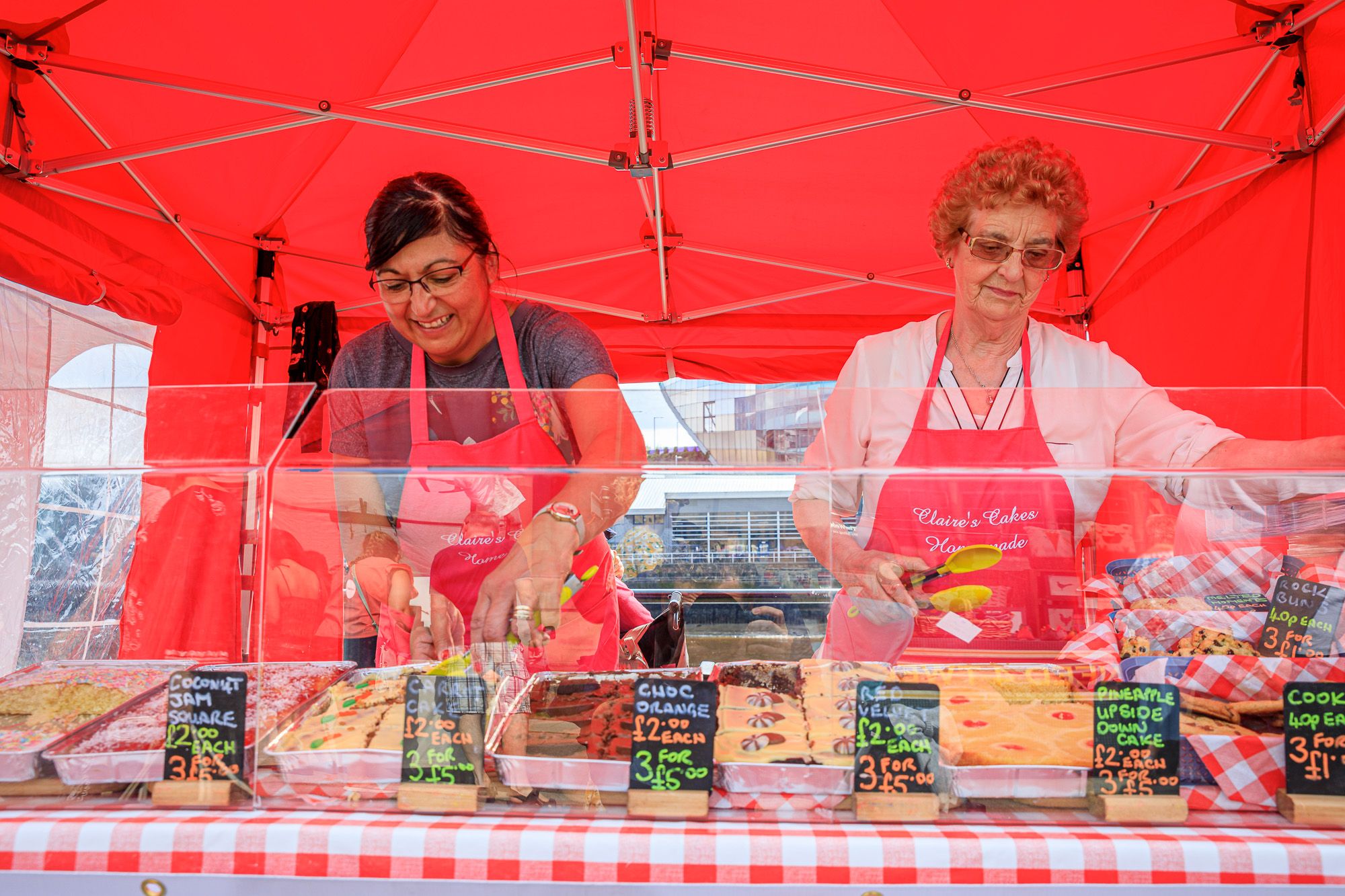 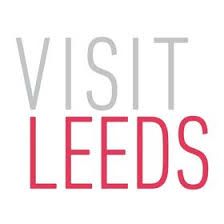