Pearl of the Italian Alps
Livigno

From isolated valley and smugglers stronghold to tax-free winter sports paradise. The Italian Livigno offers – besides an intriguing history – perfect slopes, tax-free shopping and a culinary scene following tasteful Italian standards. We went over there to take a look ourselves.

A clear starry sky usually is a sign that it will be quite cold tomorrow. That can be seen as a disadvantage, but it’s easy to dress for cold. The advantage is the light, or, better said, the blueish shine of the stars and moon. The mountaintops that protect Livigno’s valley from the outside world look down on us in silence. The nightly shine gives the snow-clad mountaintops an almost unearthly light blue colour, bordered by the black sky spotted with the sparkling fire of stars thousands of lightyears away. I toil my way up on a narrow, steep lane just outside the border of the village. Sometimes, my foot slips away, but little by little, the ancient cabin Tea da Memi comes into view.

Smugglers
For centuries, the legendary smugglers of Livigno too would have toiled under the shine of the moon and the stars with their clandestine trade. Looking for grip in the snow and on the ice on the steep paths and winding secret routes, only known to the inhabitants of the village in the valley of the North-Italian region Lombardy, on the border with Switzerland. The smuggling brought in the much-needed coins for this indigent valley high up in the Alps, and nobody did anything when one of the smugglers was caught unexpectedly. The seasoned villagers of the high valley had bought themselves a piece of autonomy in the 8th century by bringing a barrel of wine to the Capuchin monks in the nearby village of Bormio. The successive powers that essentially ruled this area ignored the taxed etcetera out of desperation.

Livigno’s legendary smugglers toiled with their clandestine trade, Looking for grip in the deep snow and on the ice on steep paths and winding secret routes

You could hardly reach it anyway, there was little money and rumour had it that those trying to make the inhabitants pay taxes never returned. In 1910 it became official when the Italian government decided to declare the area tax free. The final reason behind this was a stimulant for poor farmers to remain in the region instead of emigrating. It was successful. These days, the tax-free status draws in travellers from all over Europe. But Livigno had to be opened up first, especially in winter. That didn’t happen until 1953. 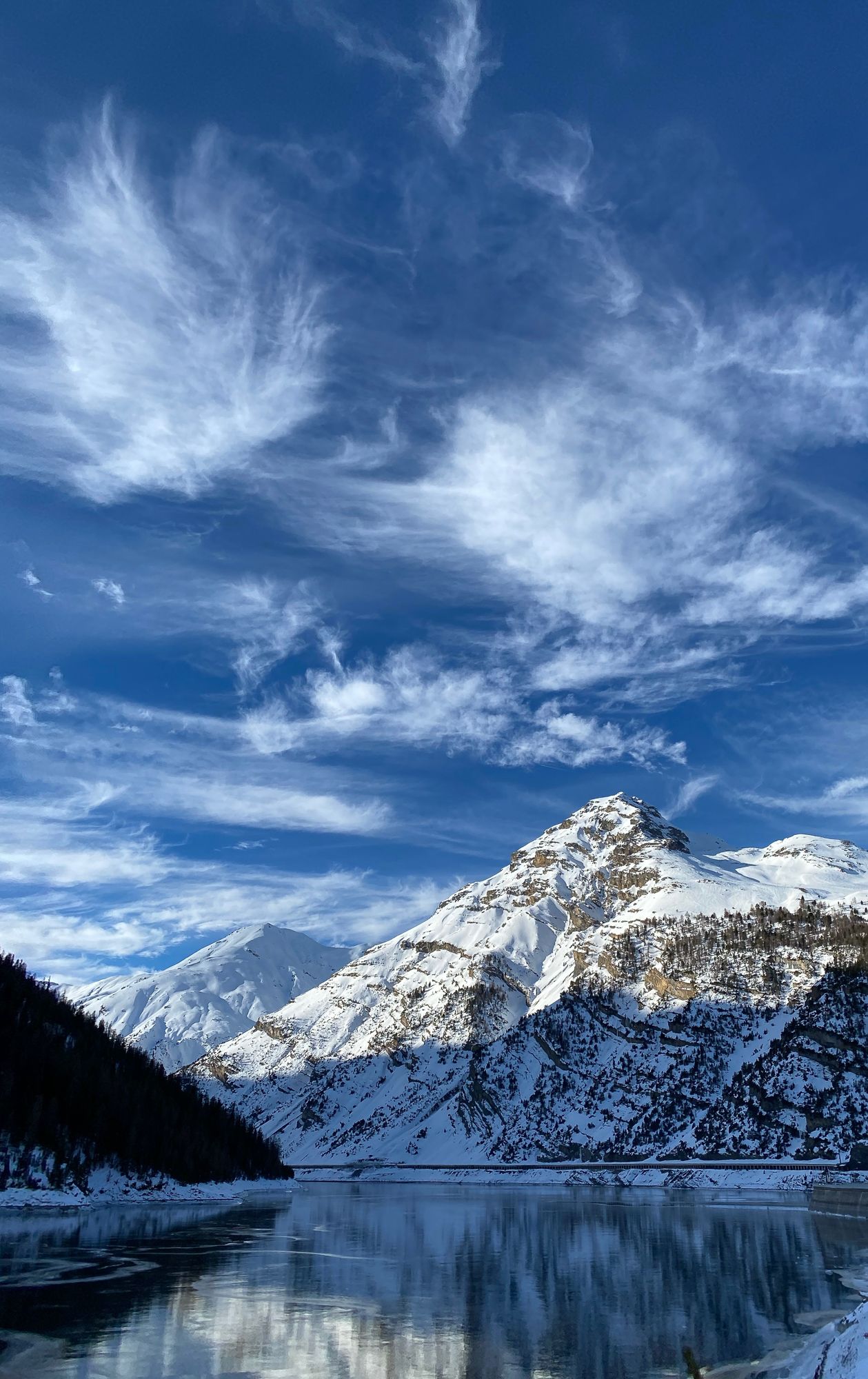 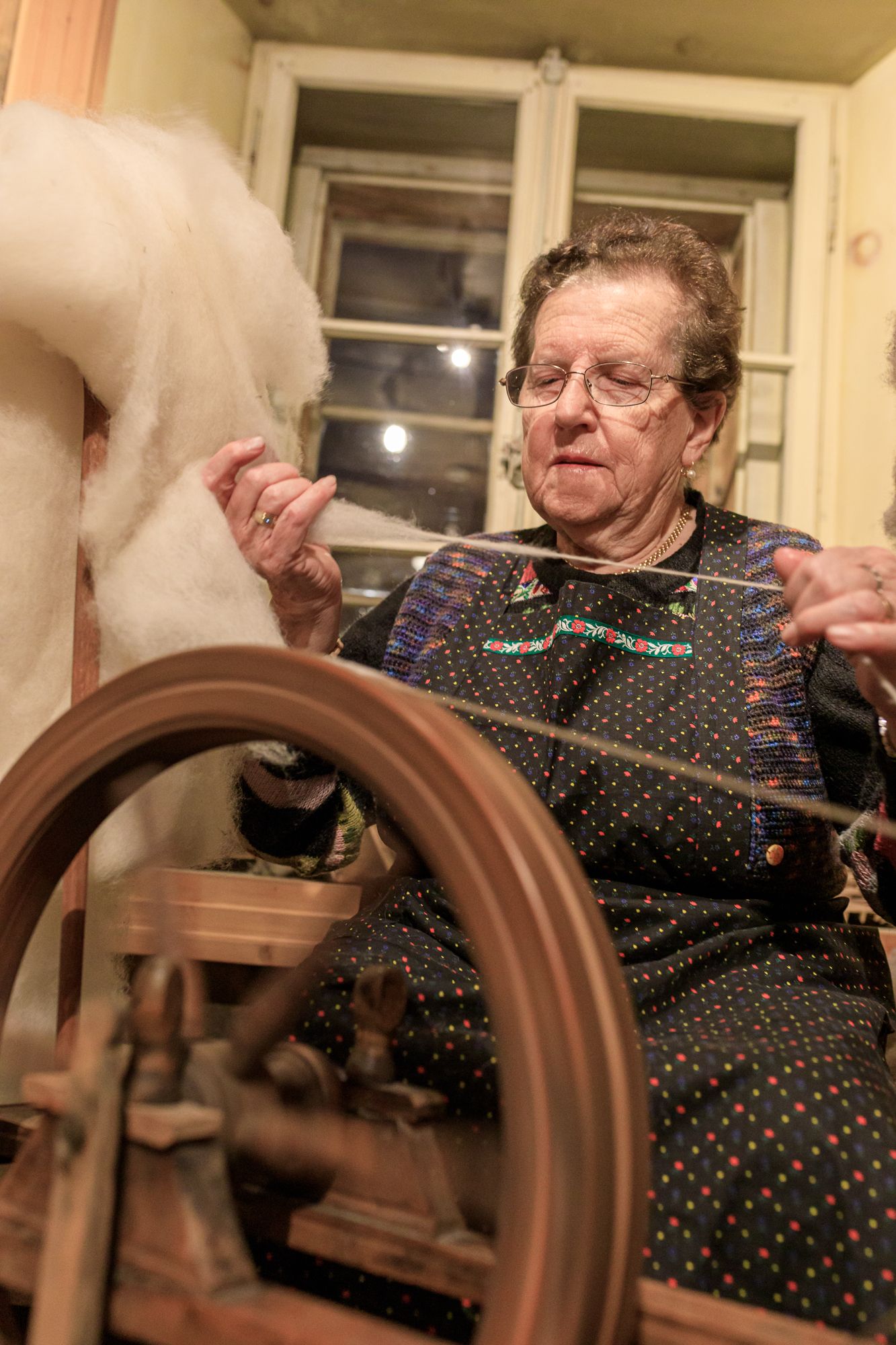 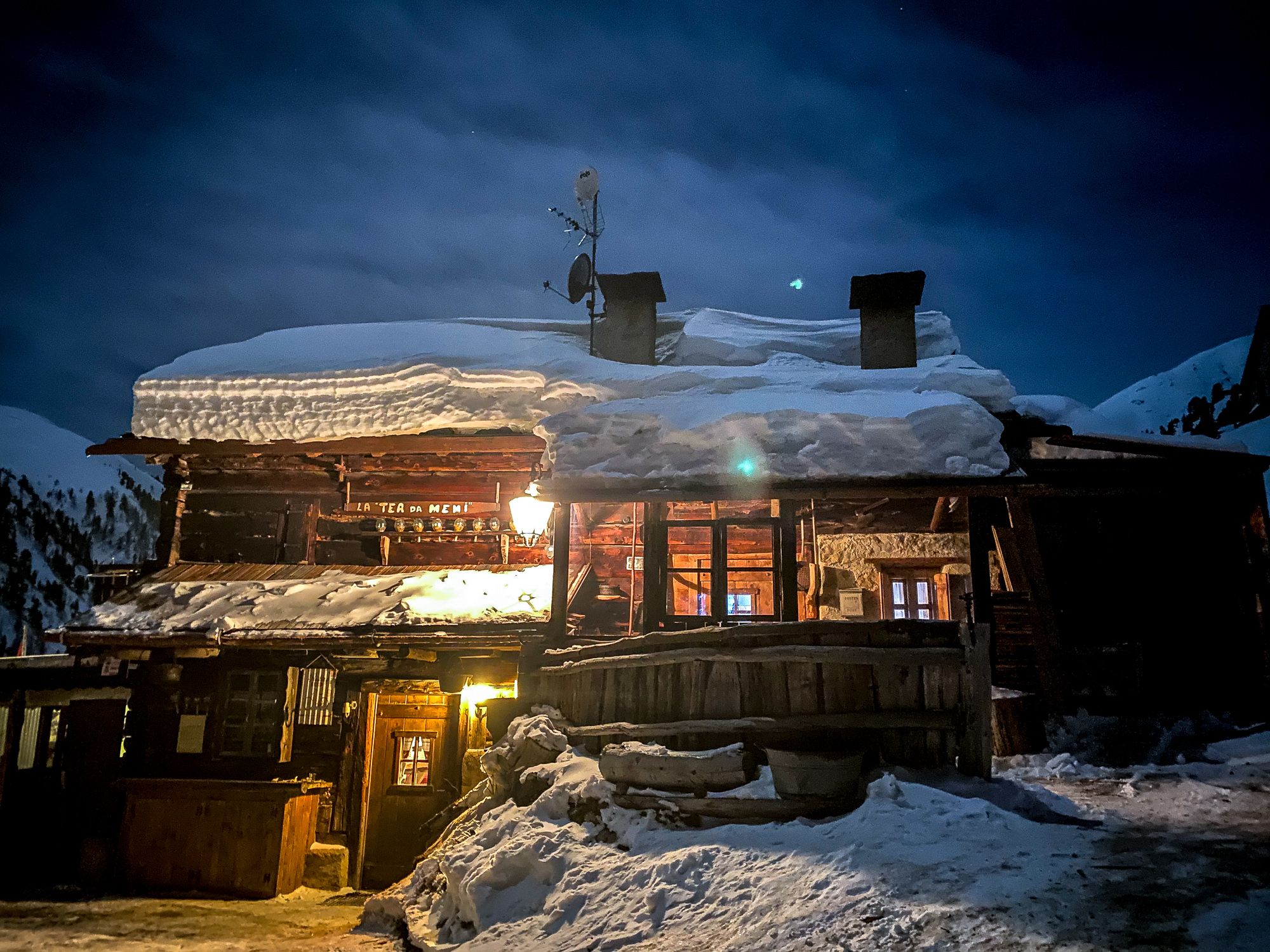 Opening up in winter
Cristina Bormolini (82) was sixteen when they opened up the road. “It saved the village,” she says, while she and some other women keep alive the old art of spinning thread and weaving wool in the local historical museum. MUS!, as the museum is called, tells the history of the valley, but Cristina lived through much of the exhibited herself. “There was a road. But as soon as the first snow fell, we were on our own,” she says. “The winters were long, there was little food, no money. As a child, I learned to be happy with the little things in life. When someone got sick and had to visit the doctor in Bormio, it was a twelve-hour trip through the snow. Now, it takes just half an hour by car.

As soon as the first snow fell, we were dependent on ourselves. When someone got sick and had to go to the doctor in Bormio, it was a journey of more than 12 hours through the snow. Now it’s half an hour’s drive

It didn’t take long for the inhabitants of Livigno to realise tourism could be quite the source of income, especially combined with the tax-free status. In the 1950s, the inhabitants of Livigno started opening up the road in winter themselves. “I remember that we bought a big snowplough. One man by himself made sure the Passo Foscagno was passable, and the road to Bormio was also kept clear of snow by the village. But just imagine how, every time it snowed, this man had to clear the 36-kilometre road to Bormio with the snowplough. A devil of a job, but it allowed for tourists to reach is throughout the winter.” With the opening up of the road in 1953, the first ski lift opened up as well, and in 1959, the ski school started up. Livigno started the definitive turnaround from closed-off agricultural community to open village. 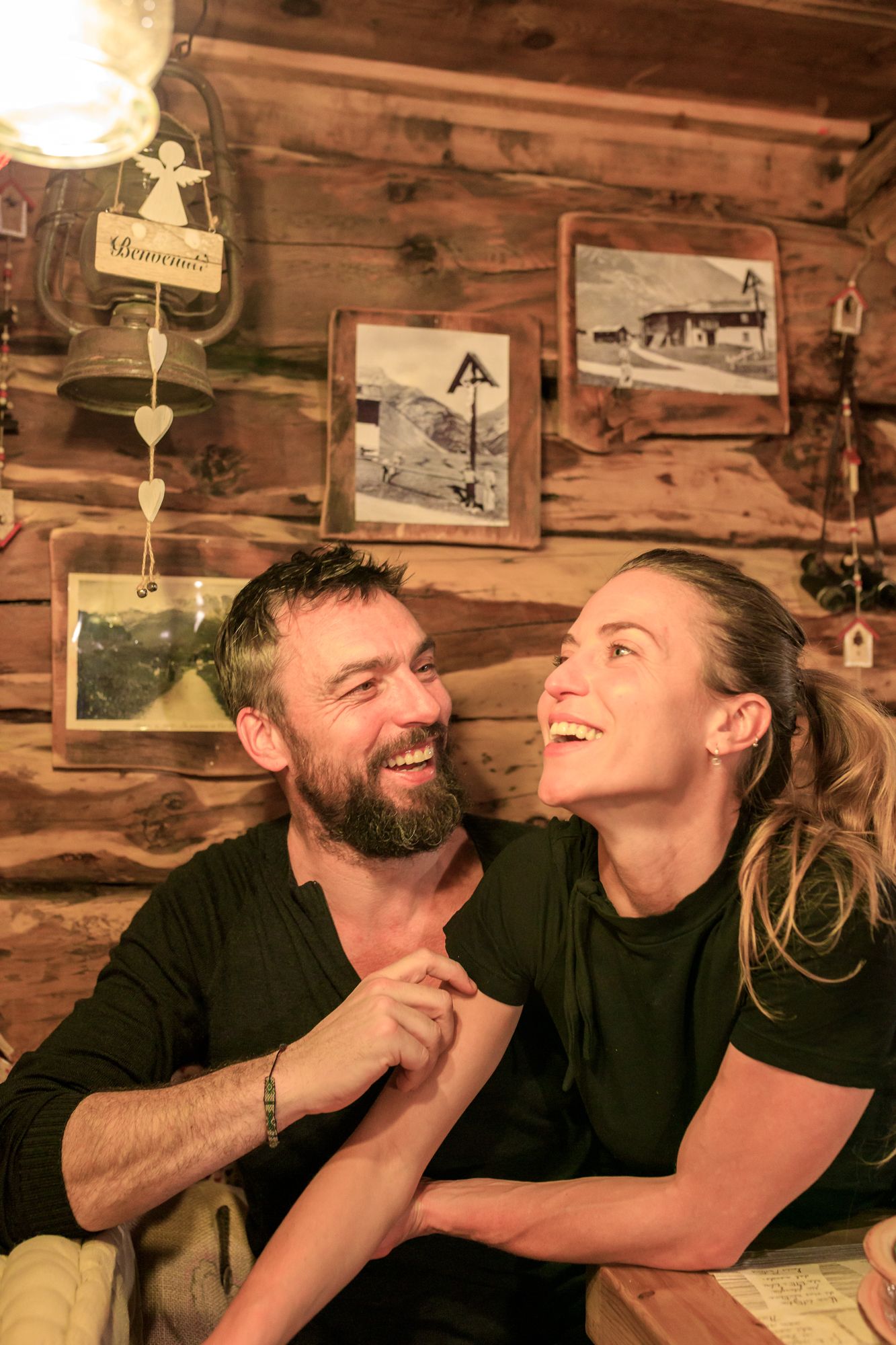 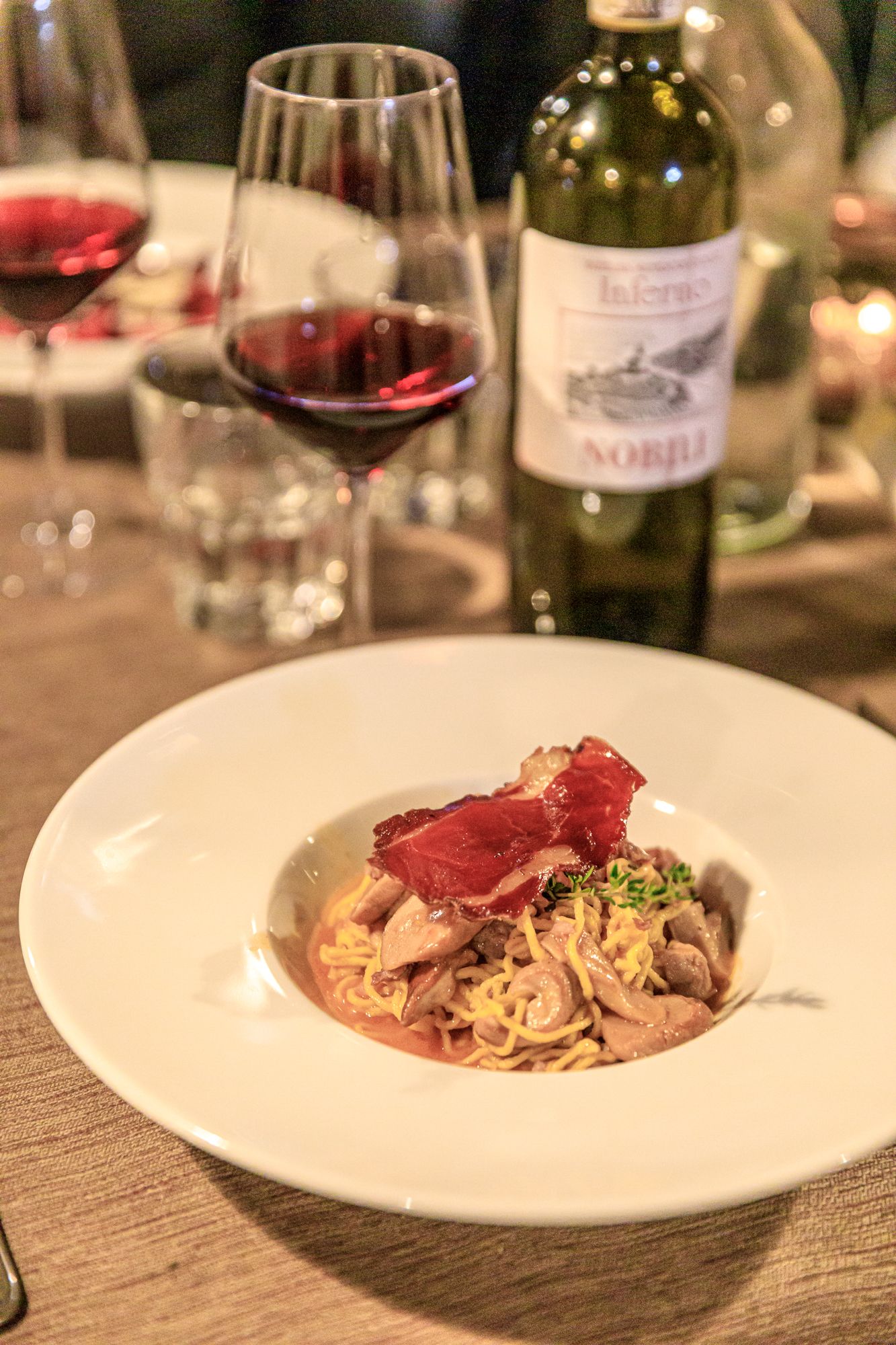 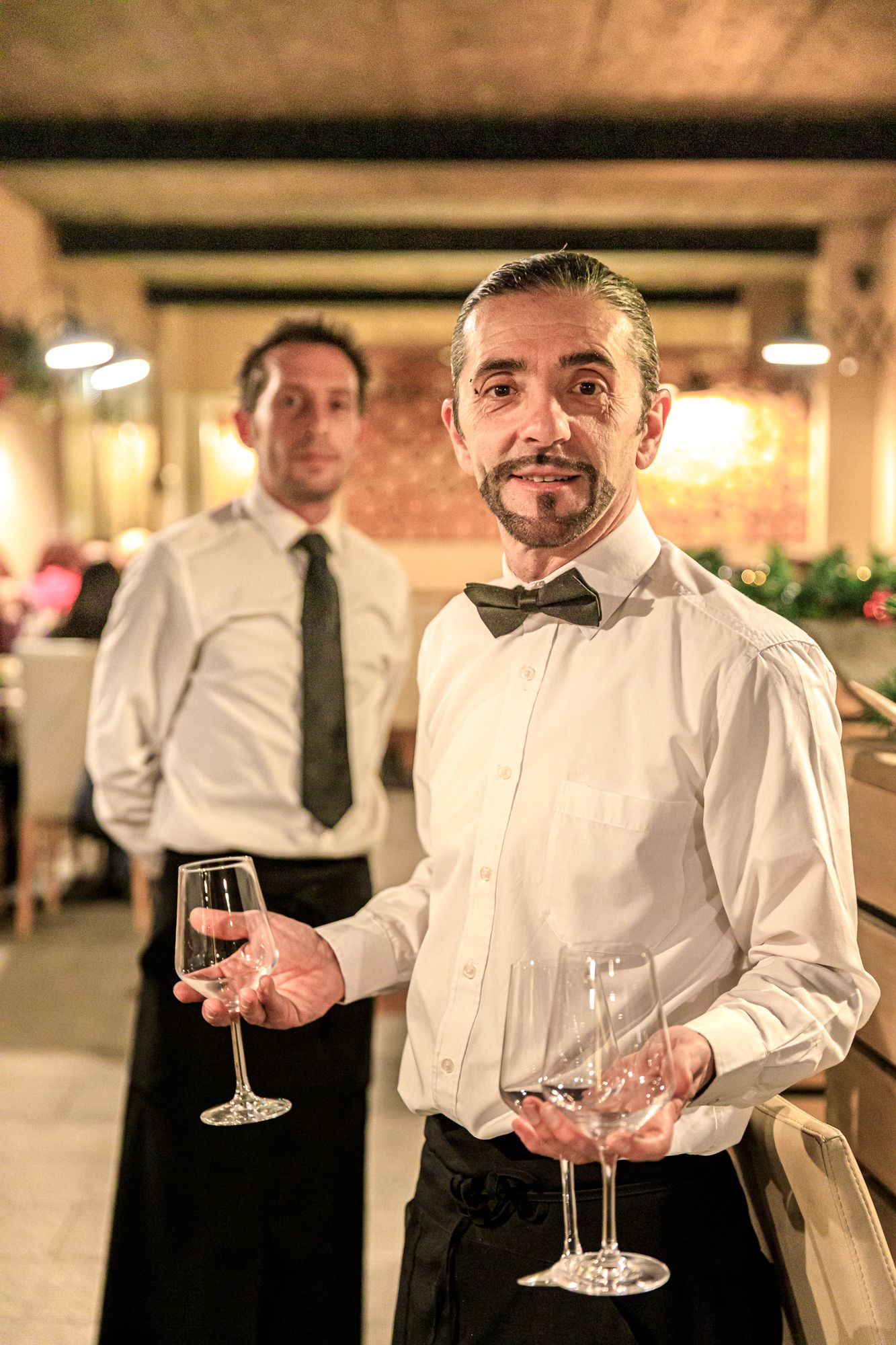 Sports paradise
Nowadays, people come from all over Europe, and even from further away, to come and enjoy the natural beauty of Livigno. In both winter and summer, it’s a great place to be. But now it’s winter, and that means Livigno is a joy for everyone who loves winter sports.

The snow and towering mountain tops, that for a long time protected Livigno against the political whims, have transformed into a natural sports paradise. With six gondola’s, thirteen high-speed chair lifts, 115 kilometres ski terrain and 40 kilometres of cross-country trails, Livigno draws more than 1 million visitors annually. Unlike many modern skiing areas, Livigno maintained its rustic charm. Here, you can still find the picturesque log cabin chalets that can be up to 600 years old. Known as ‘báit’ in the local dialect, and ‘baita’ in Italian, the log cabins offered shelter to shepherds during the long winters. The local historical museum also houses a ‘baita’ that is more than 300 years old.

The city winds on a small strip along the river Spöl, a winter wonderland flanked by two massifs. The enchanting, 12-kilometre-long valley situated between Engadin and Valtellina is also called Little Tibet, because of its historical isolation and high altitude.

Because of its high altitude, it can be quite chilly. You can dress well for the temperatures of course, but food that’s high in carbs helps fire up the internal stove quite a bit. People have known that for ages around here, and the Italians know what’s good. Good food is a serious affair full of traditions you better not meddle with. It all makes a foody incredibly happy. Culinary pleasure is all around. Even Cristina Bormolini’s spinning wheel is greased with the fat coming from prosciutto crudo. But the local speciality is pizzoccheri: buckwheat pasta with cabbage, chard, potato and Bitto and Casera, two excellent local kinds of cheese. Believe me: delicious. But you can say that about almost anything offered on the menus in the outstanding restaurants around here. 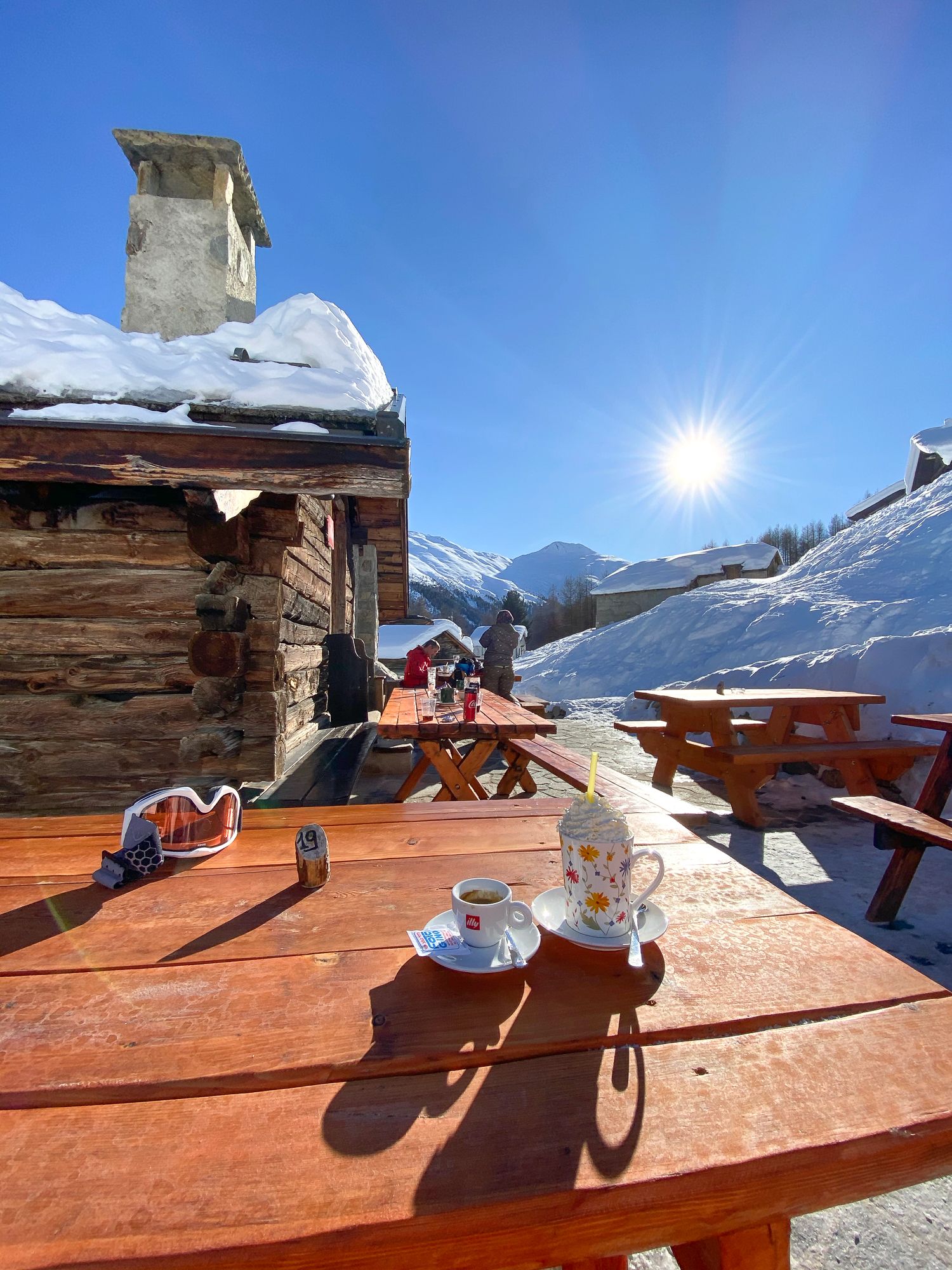 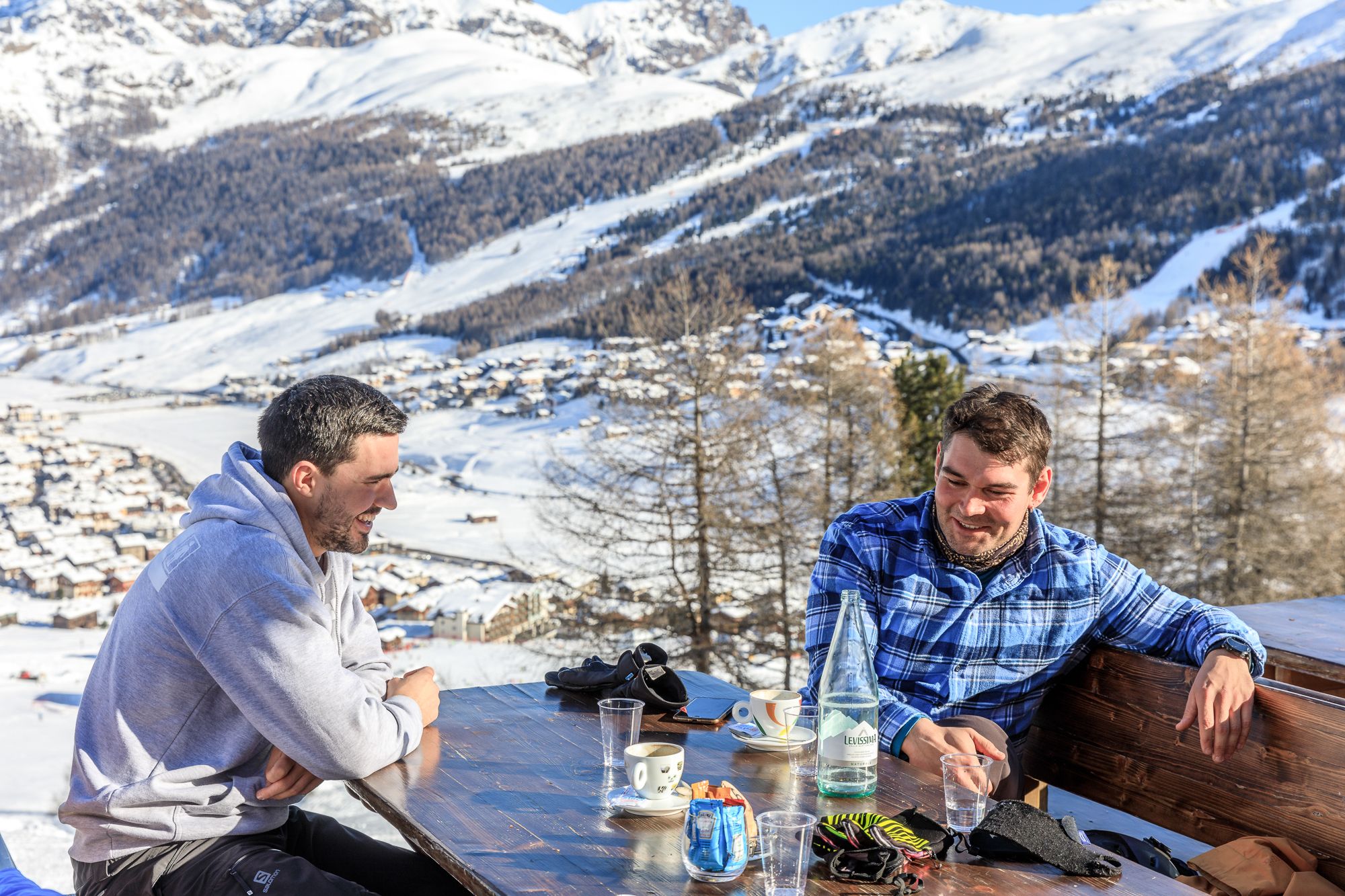 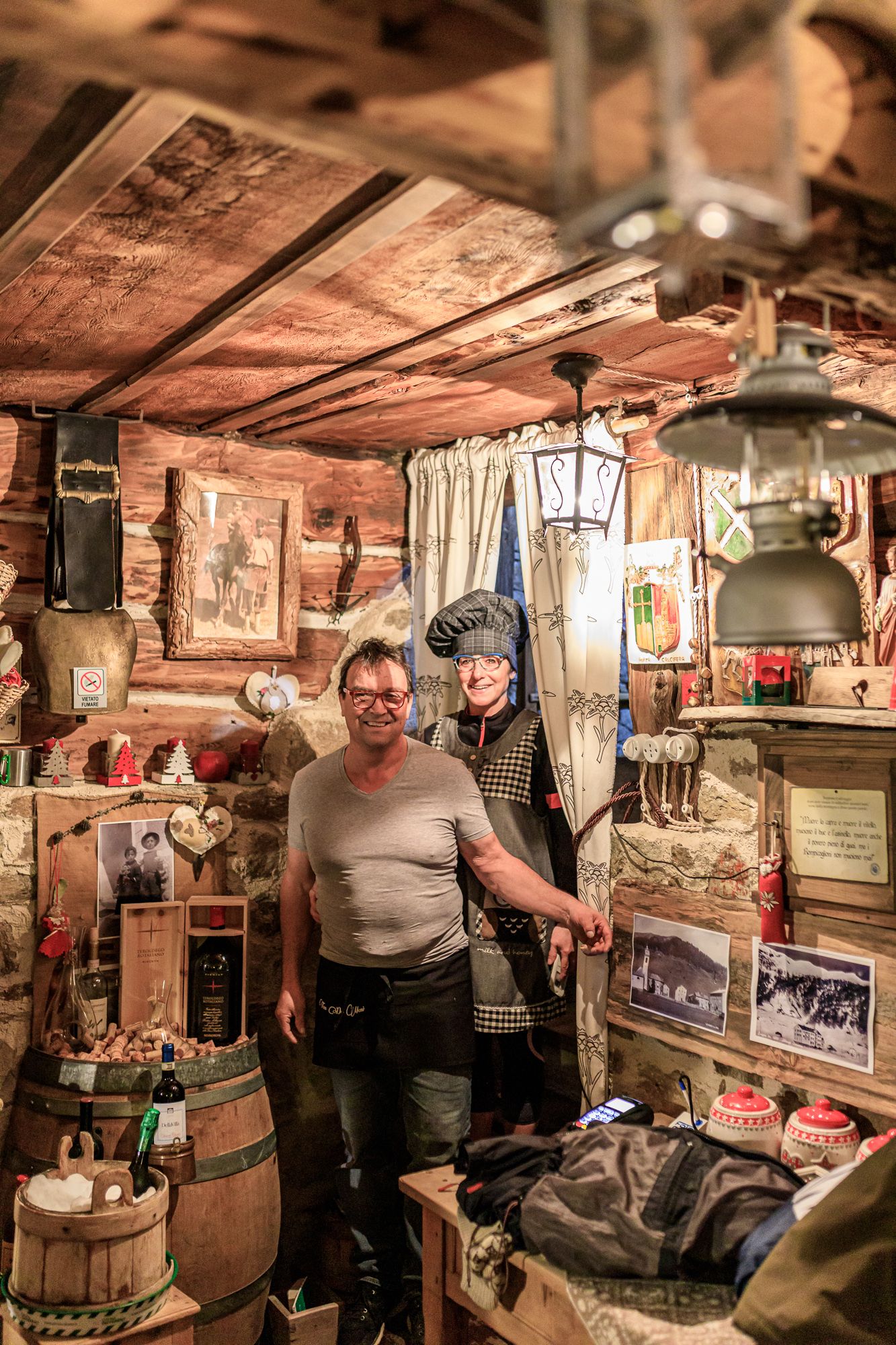 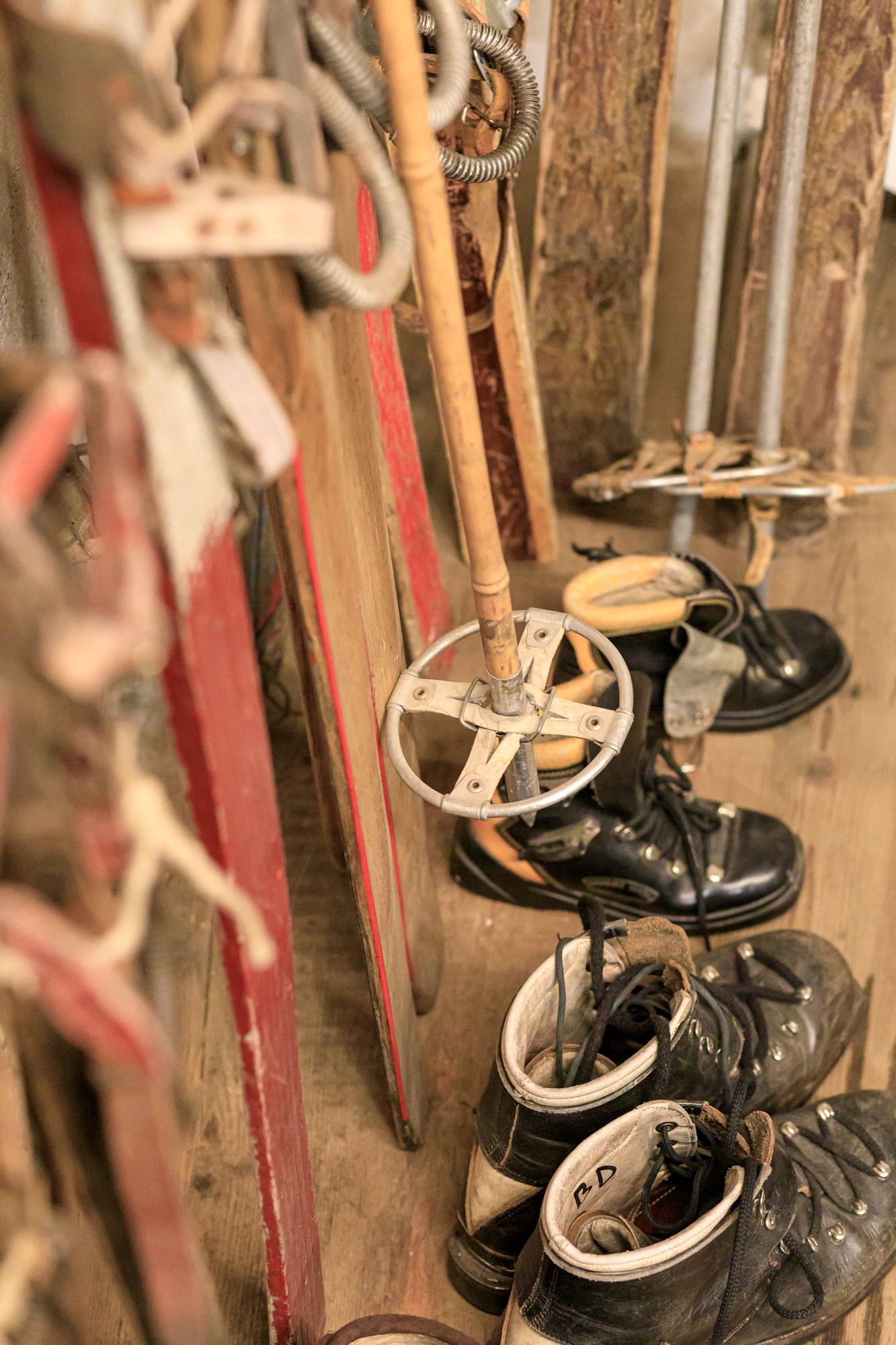 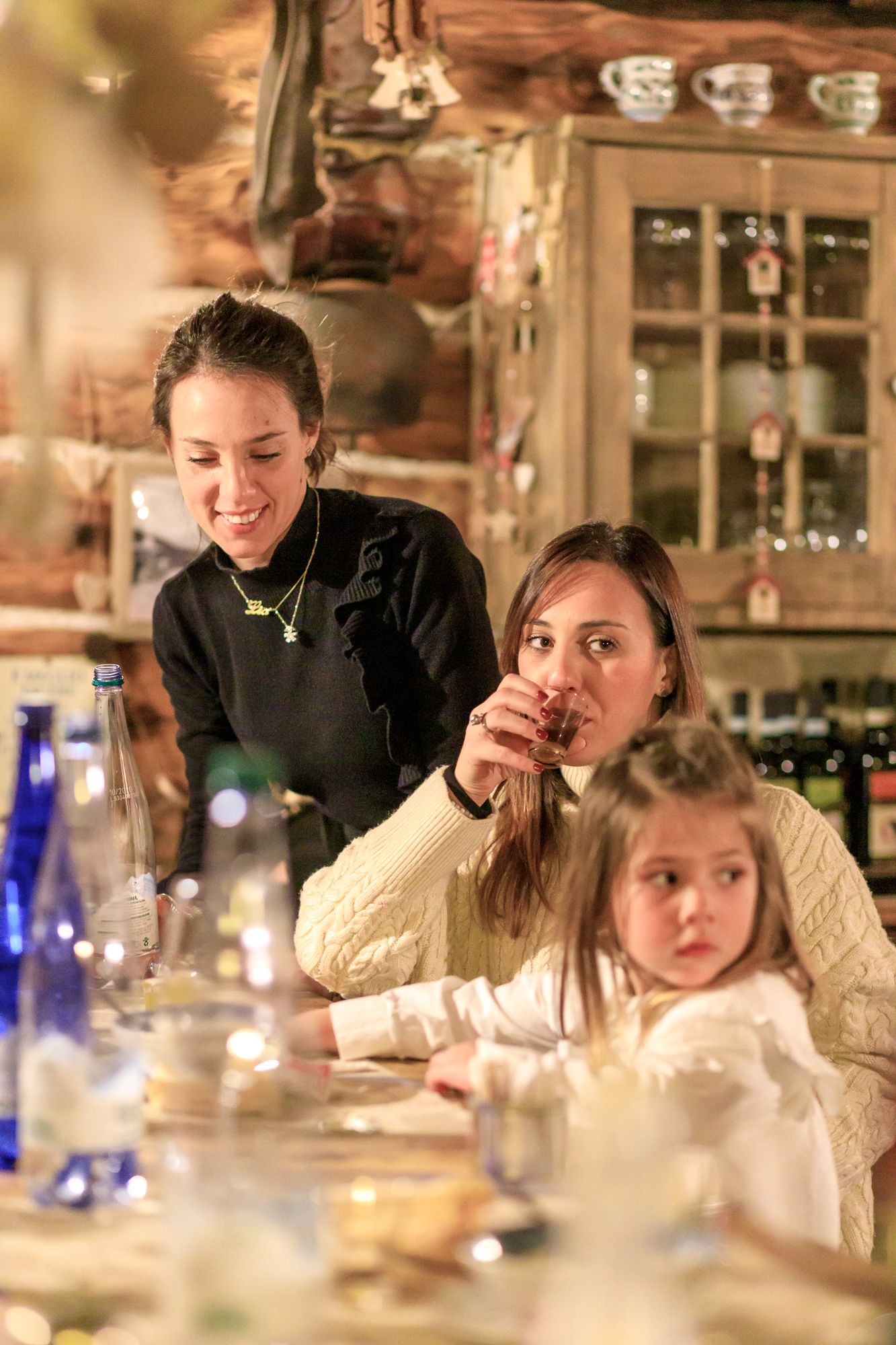 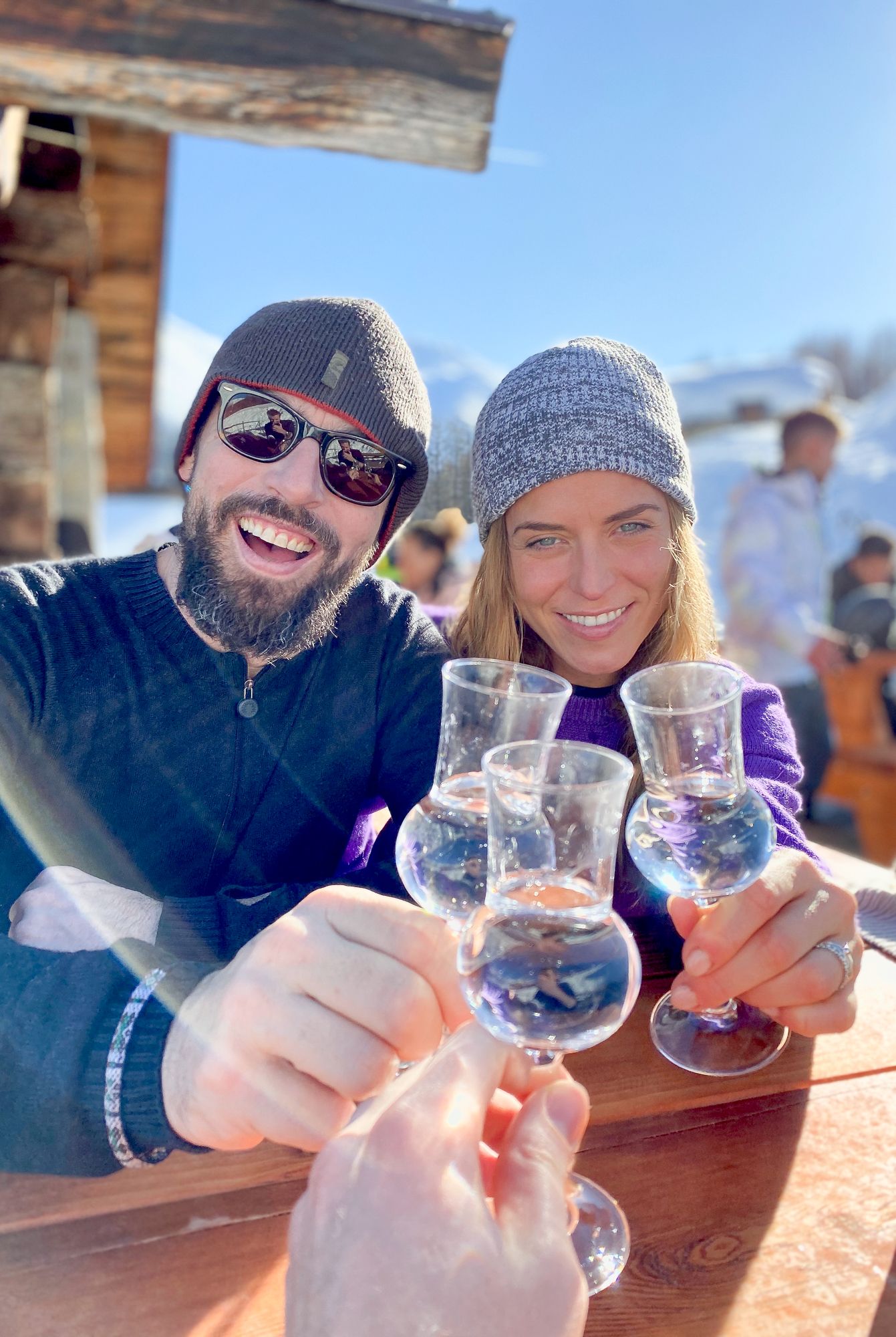 Culinary mountain hut
Leo Silvestri fills up the glasses with Sforzato di Valtellina, a strong, full and round red wine made of 90% Nebbiolo grapes that are lightly reduced for fermentation. Regional nectar of the gods. Leo, owner of Tea da Memi, may be 58 years old, but he doesn’t look a day over 45. Maybe it’s the mountain air, maybe it’s the absolutely divine local food he serves and eats, maybe it’s the fine wines. Fact is, Tea da Memi is probably one of the cosiest, most remarkable places I have ever sat down for dinner.

Even the salamini asini and the slinzega manzo, fine sausages that go great with the Sforzato, are worth the steep climb. The meat comes exclusively from their animals that graze freely on the mountain meadows around Livigno. Tea da Memi is essentially a private restaurant; Leo lives here with his family, and at night, a total of 20 people can join the family at the large wooden table in the living room of an age-old mountain cabin to enjoy the local delicacies Leo serves. A feast for the senses.

Golden light
For a visual feast, you have to watch the sunrise over the slope. I will take you back to 7 o’clock this morning. The sleeping city is still half covered in darkness. I am sharing the gondola with Giorgo Roca, local hero and Olympic ski champion. “Watching the sunrise over these mountain tops could never bore me,” He says. “The play of colours is majestic.” He is more than right. The night is split open by the glow of twilight. Blue and pink slowly take over the sky, while I zoom down the perfectly prepare slope as the first person of the day. In the ski lift, my eyes travel over the golden mountain ridges and the currently empty slopes, with in the valley that idyllic, outstretched mountain village. When you go to Livigno for winter sports, grab your chance to take in this spectacle.

The bellies have been properly filled by Leo Silvestri, and we drank our fair share of that fine wine. Do we have room for a small glass of home-made liquor? We do, even for two. Then we really have to start our trip down. We step outside in the blueish shine of the moon and bright stars and take a look at the path leading down. Maybe walking is rather strenuous? Maybe that path is rather steep and slippery? Maybe it’s better to slide down? Leo comes out with garbage bags that serve just fine as a provisional sledge. And so, filled with good spirits and a supreme state of mind, we sledge and stumble our way down towards the valley where the picturesque Livigno smiles upon us. 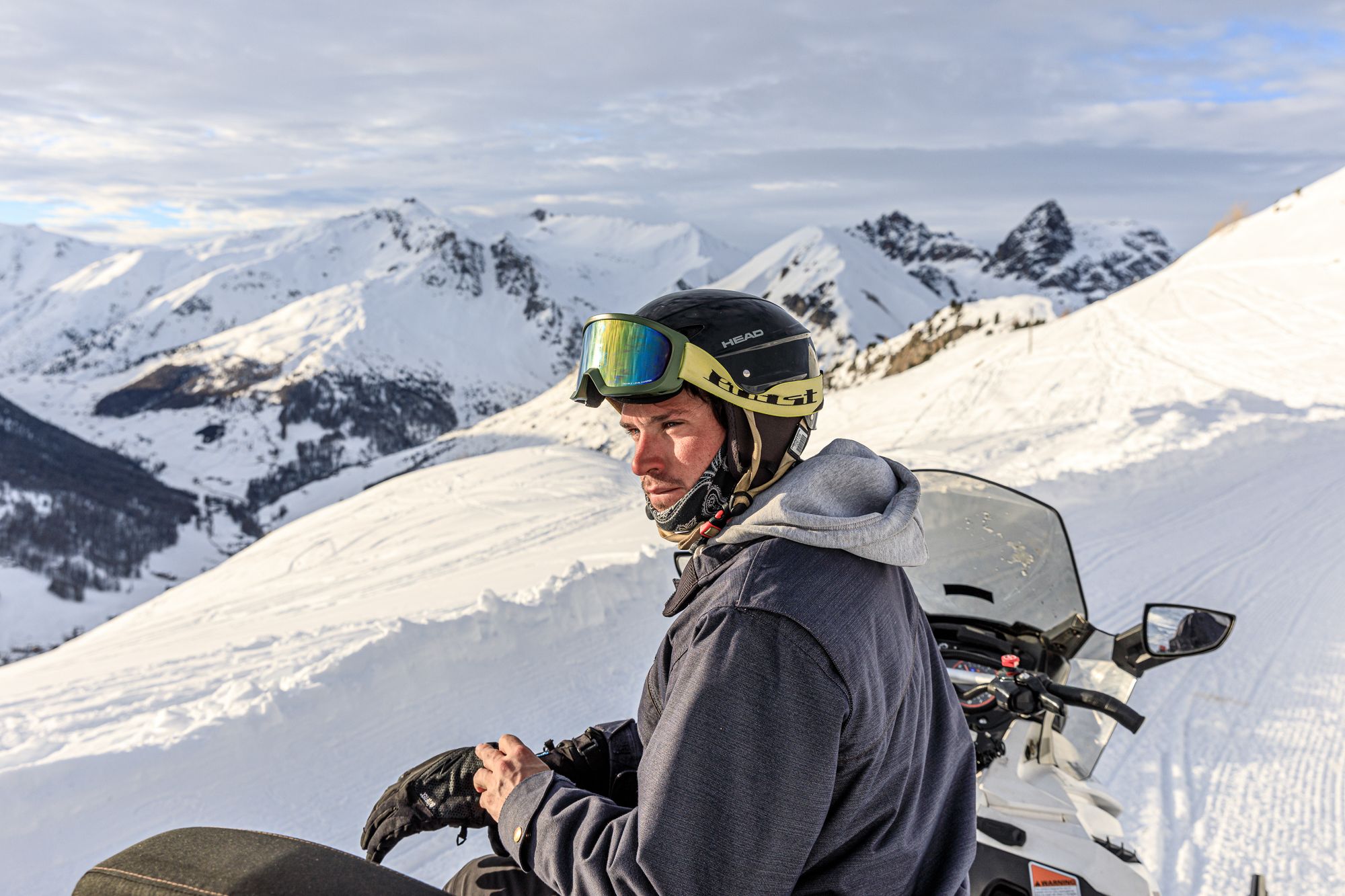 Seeing the sunrise over the empty slopes. Nothing can make you happier when you love snow and mountains. There are two options weekly, on Tuesday and Thursday from 7.00 to 9.30, including a substantial and luxurious breakfast. It costs €38,- per person, and it is absolutely worth it, even if it were only for the best lighting for your selfies at this hour. 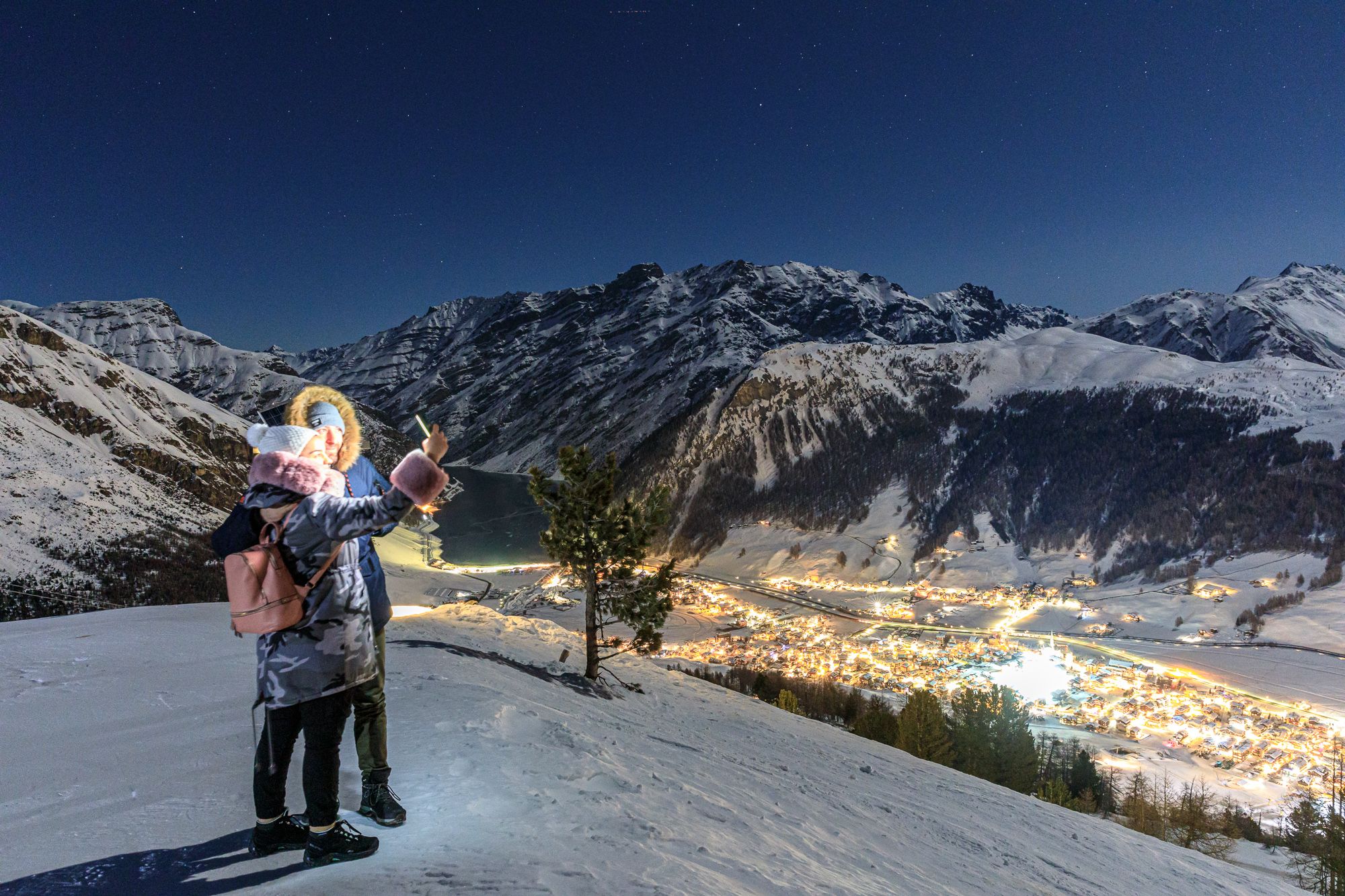 The fantastic winter sports area of Livigno is crowned with the Olympic Winter Games of 2026. “With an altitude of 1.816 meters, Livigno is a natural area for the Olympic Games and a destination many professional athletes and teams already choose for training at high altitude,” says Luca Moretti, director of the Livigno Tourist Promotion Board. “We are used to hosting top athletes, as well as families. Together, they form our main target audience.” 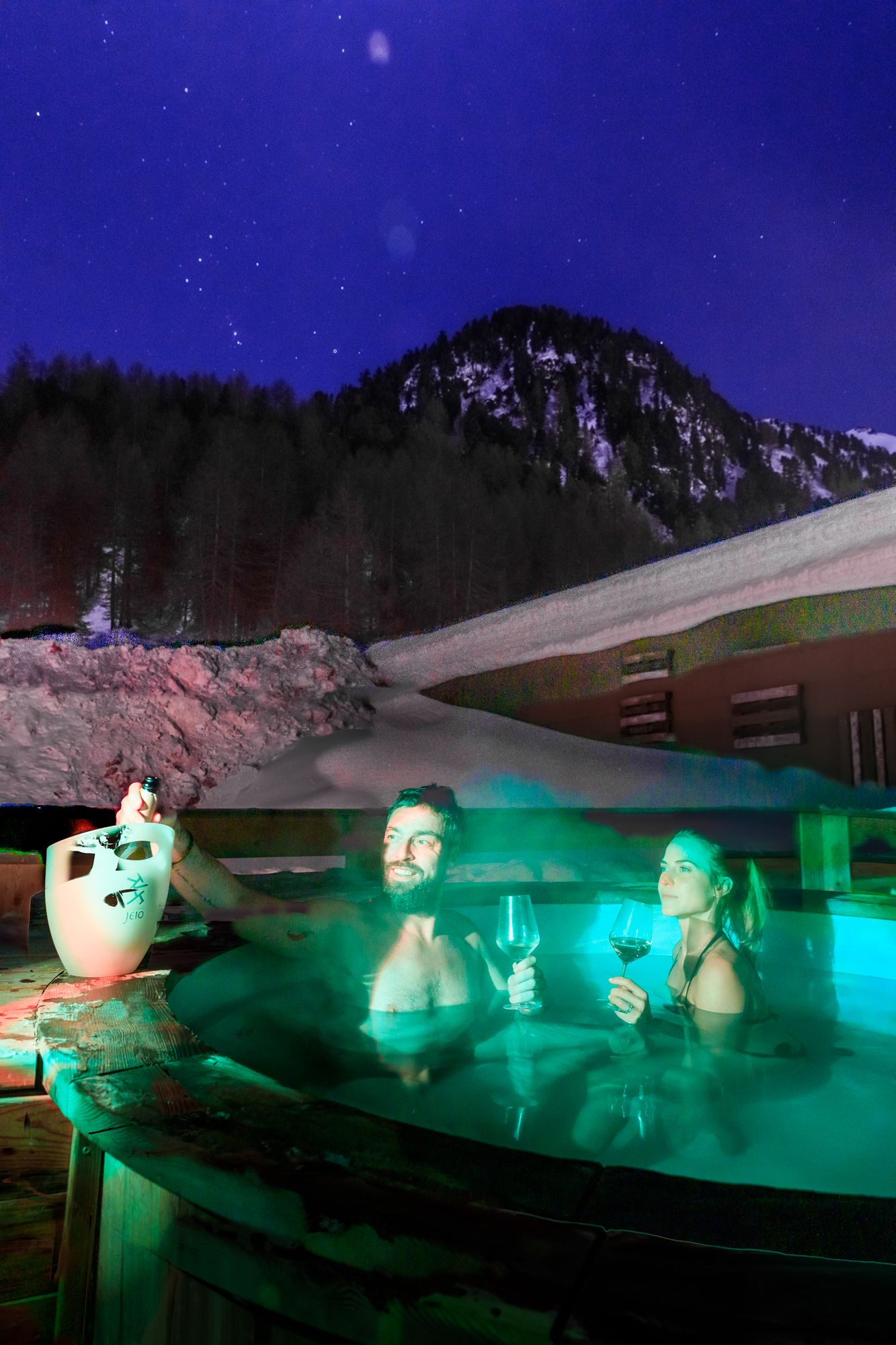 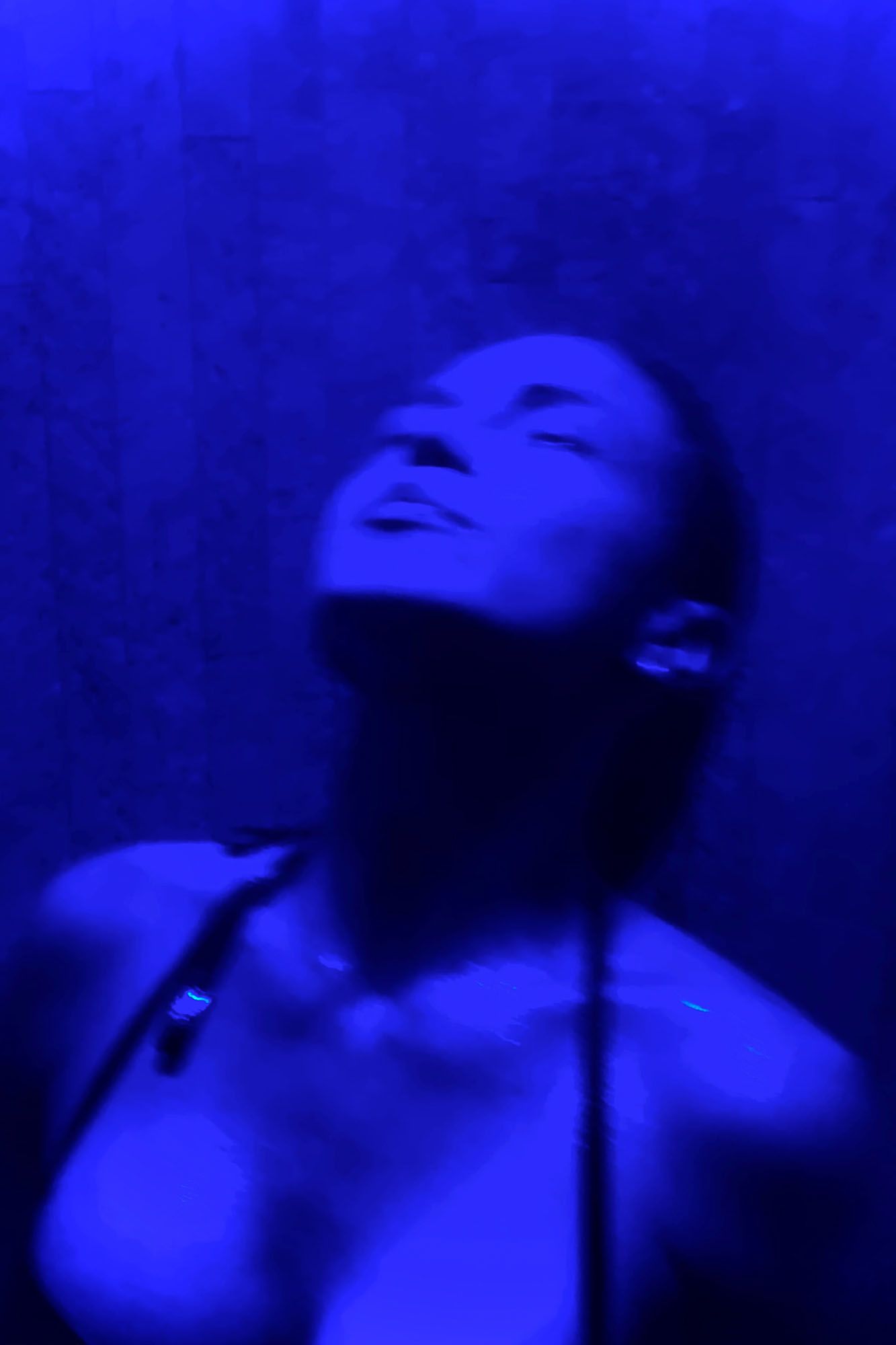 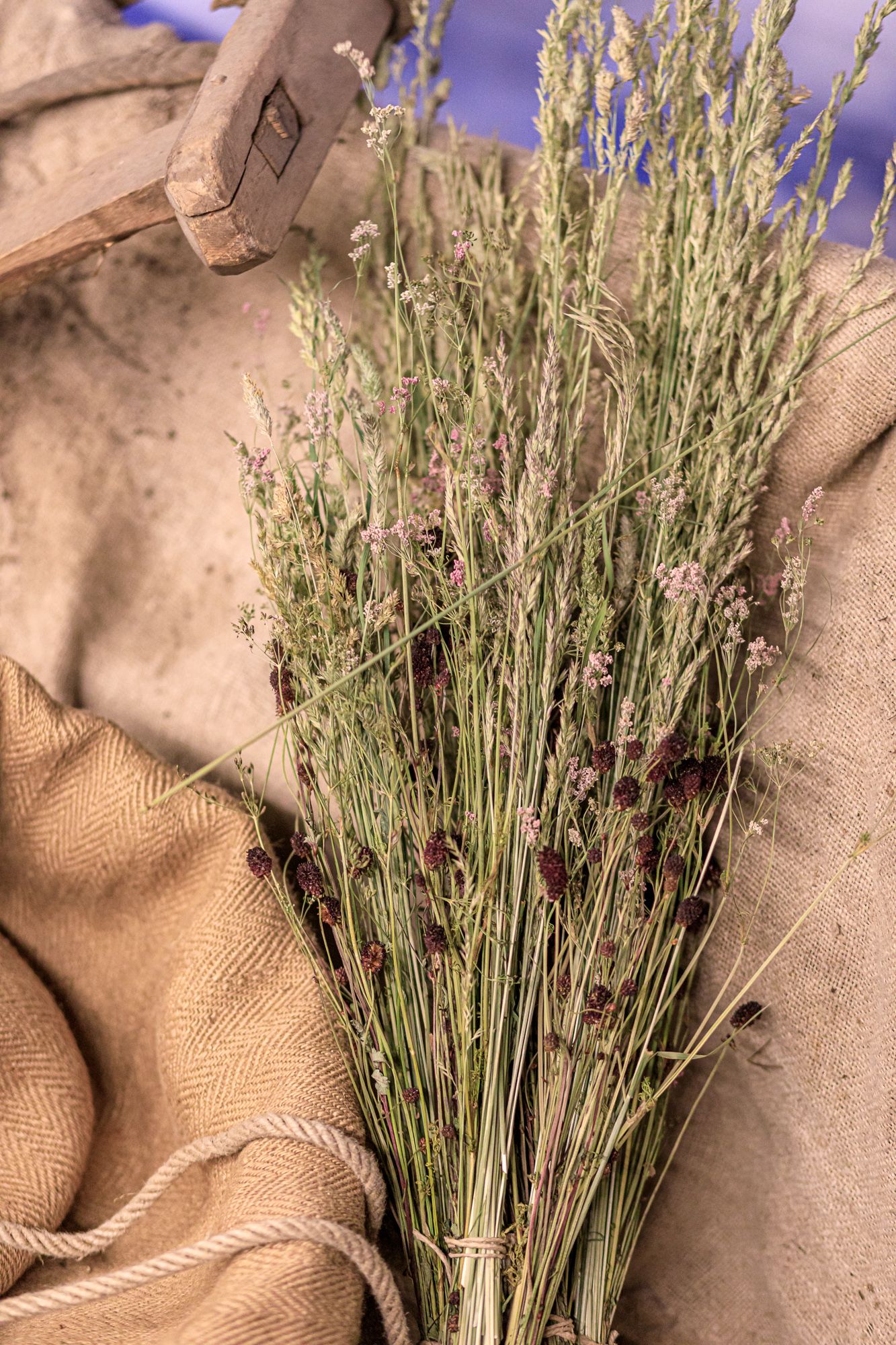 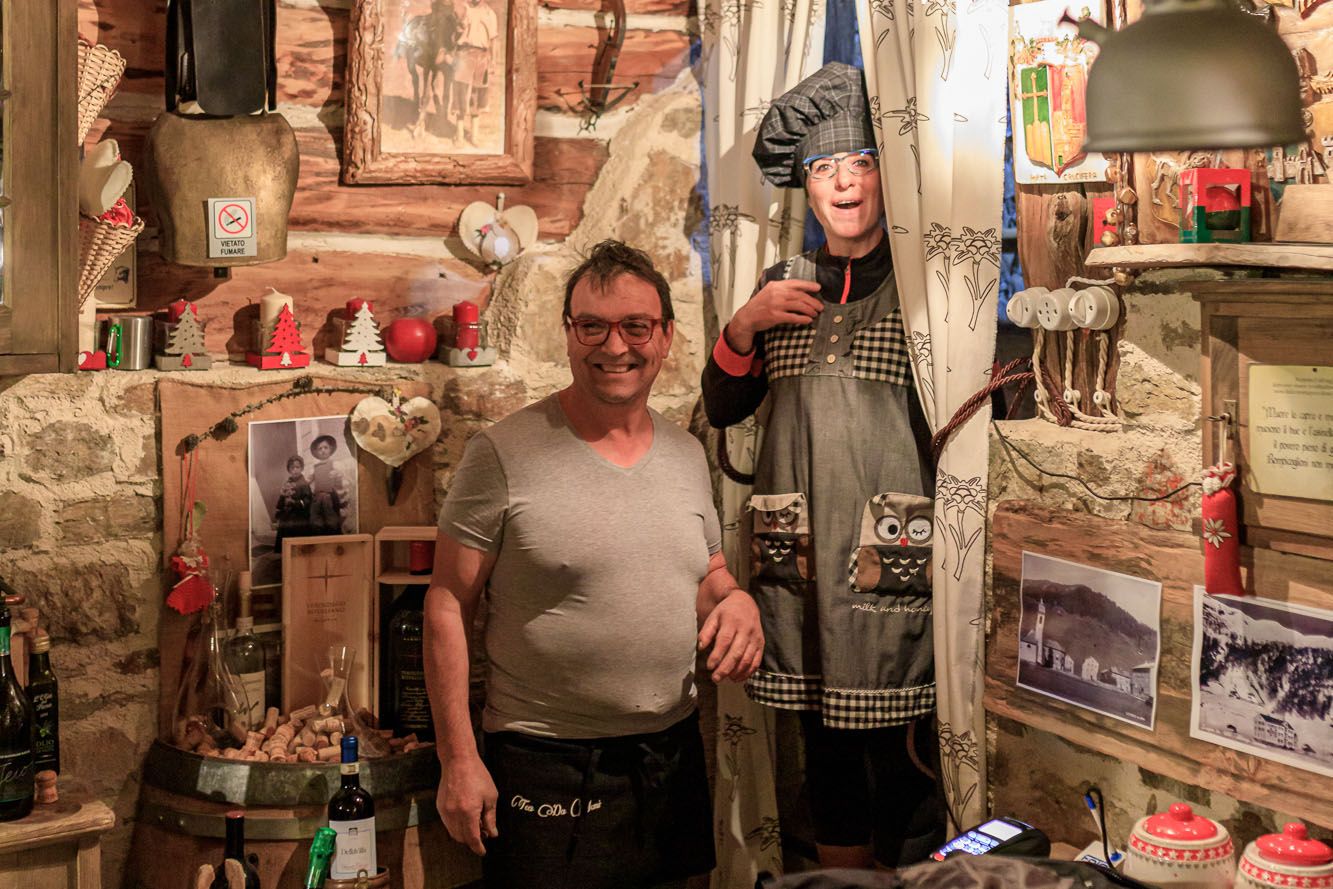 We had amazing food literally everywhere we went, but two places really stuck out. Tea da Mami, reservation is required. Leo does not have a website, but you can call him (+39 333 491 1586). Agriturismo La Tresenda is another gem. Not only do they have beautiful rooms in a great setting just outside the village, but they also make great sausages and cheeses of meat and dairy of their animals, and they have a hot tub in which you can enjoy the mountain panorama under the starry sky. But the restaurant is splendid as well.

We got to stay in Hotel Paradiso. A lovely hotel with amazing food and a very comfortable wellness. But the greatest thing about this hotel is the welcoming family Canepari, who has been running this place for forty years. Highly recommended.

Livigno in the summer

The way Livigno evolved from smugglers stronghold to international ski area, it also developed into a winter- to summer destination for the mountain-country-life enthusiasts. Whether you like hiking, climbing, mountain biking, kayaking, horse riding or golfing, you can really let your sporty self go in Livigno.