From Roman fortress to insignificant village, from the largest industrial city in the world to a post-industrial teardrop to a centre of innovation and optimism: Manchester has experienced everything. Today, it honours its past and is looking forward to the future.
“Energy.” That is the first word that comes to mind when you walk through the streets of Manchester. Even if you’re not aware that Manchester was the first industrial city in the world, you can feel the dynamics that seem to come from all sides. Even though the cotton industry that transformed the city from a village into a world city – nicknamed Cottonpolis – has long since disappeared. One of the most prominent features suggesting Manchester’s drive for progress is its skyline which, more than other Northern English cities, is dominated by high-rise buildings. The characteristic Beetham Tower (169 m) is particularly noticeable, as are the four skyscrapers on Deansgate Square, the highest of which rises 201 meters into the sky. Where Leeds boasts the omnipresence of owls, in Manchester it’s bees galore. You find them in the city coat of arms, on mosaic floors, as statues, as wall paintings, on drinking cups, on flower boxes and in a hundred other ways. In addition, there are about 545,000 around that cannot fly, but buzz all the better, because in fact, every right-minded Mancunian considers himself a busy bee. The cotton warehouses are a reminder of the glory days of industrial Manchester. You might expect them to be dull, functional buildings, but nothing could be further from the truth. The warehouses have a sturdy elegance. Early period warehouses were built in the style of Italian Renaissance townhouses, and that is no coincidence. In their heyday, many northern Italian cities were city-states that traded in wool. Victorian Manchester felt related to them. The result is a legacy of beautiful red brick buildings that have the character of a stately home rather than a humble storehouse. 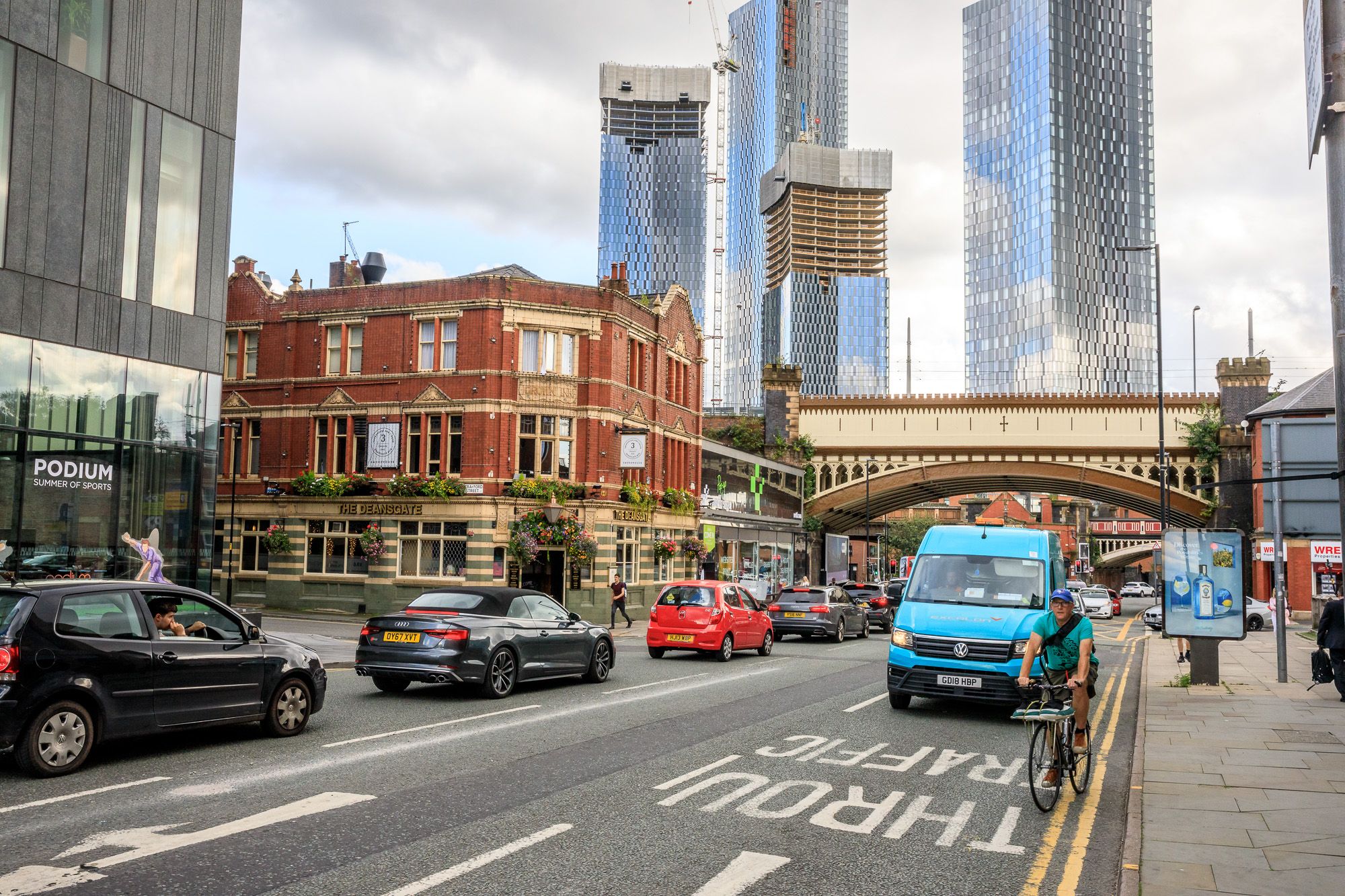 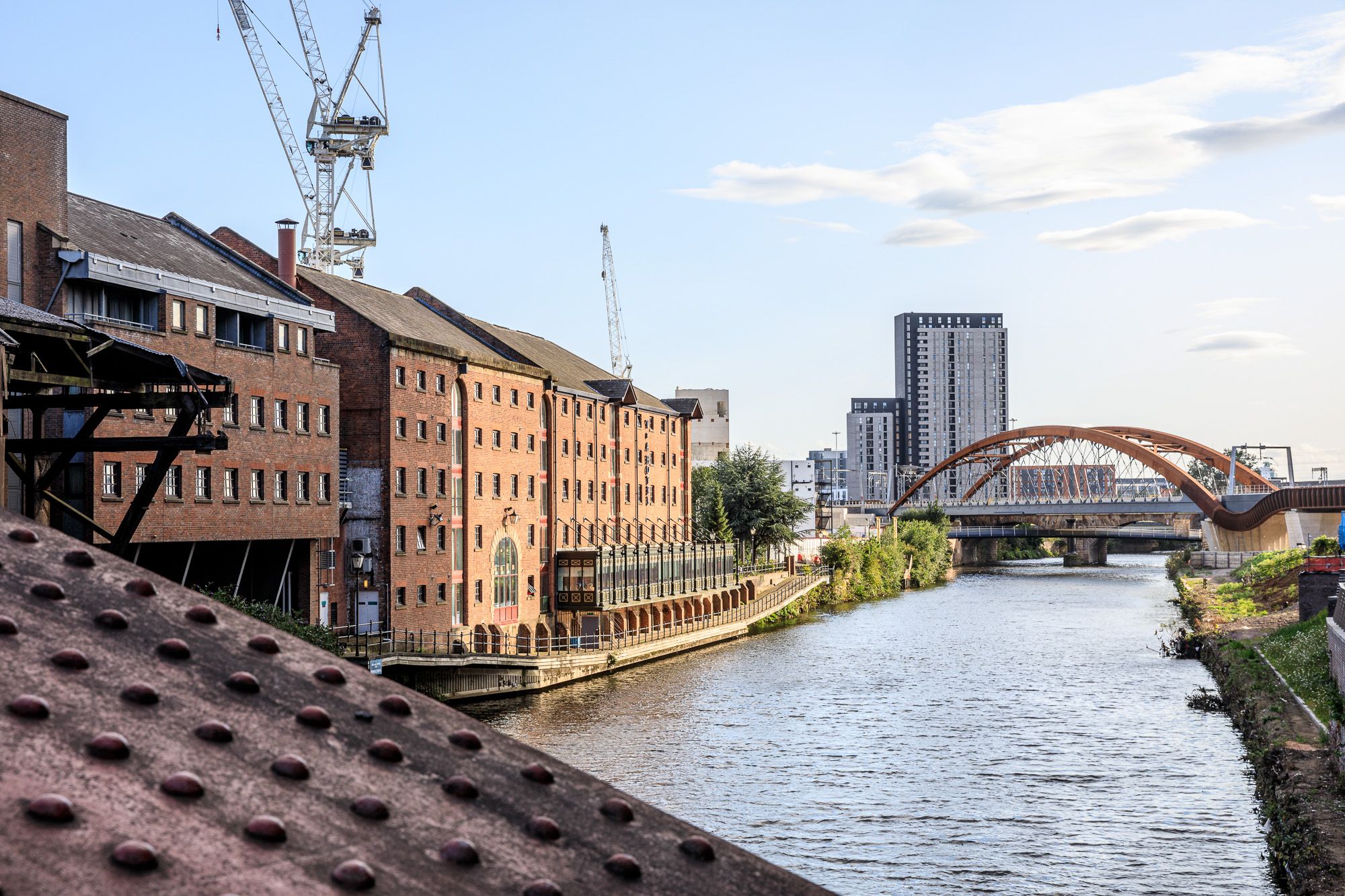 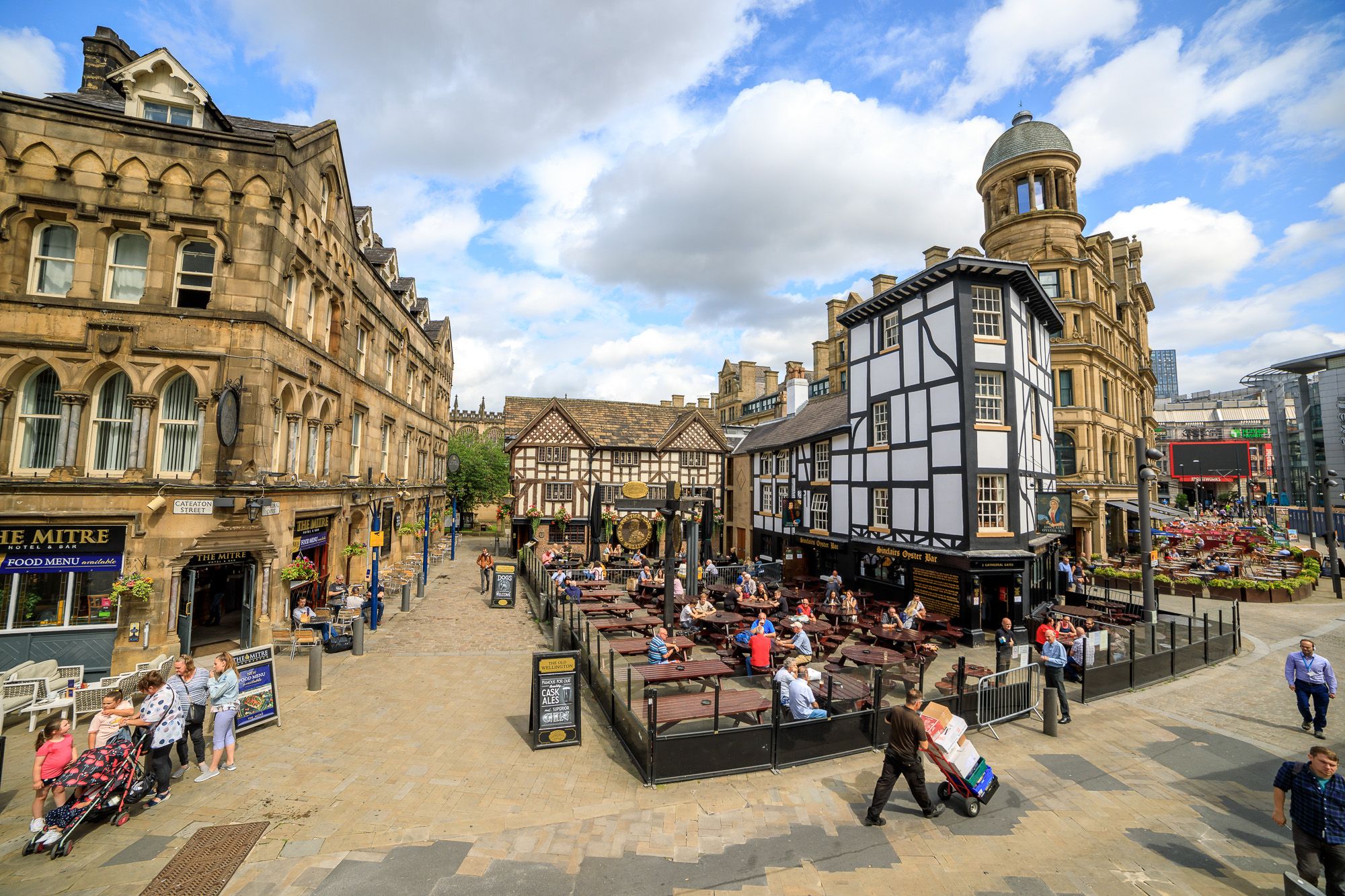 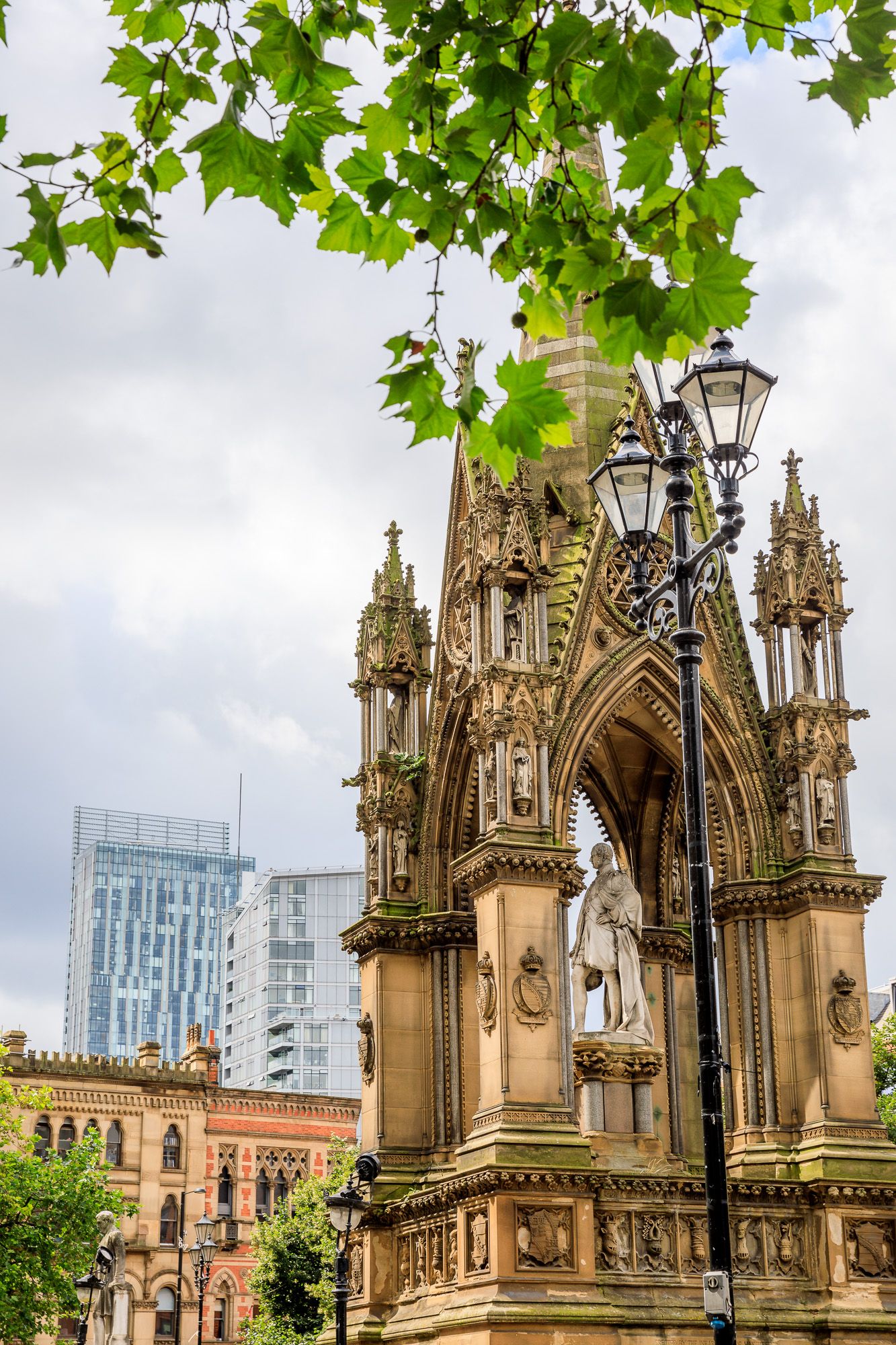 Tragic heroes Manchester has produced quite a few big names over the years. Emmeline Pankhurst, for example, founder of the suffragette movement, which fought for equal rights for women –  in particular, indeed, women’s suffrage. To achieve their aims, the suffragettes did not stick to demonstrations. They chained themselves at the fence near the Houses of Parliament, started fires, smashed shop windows and destroyed municipal property. When captured, they would often go on hunger strike. Eventually, the movement would reach its aims in July 1928. Sadly, Emmeline Pankhurst was not there to celebrate; she had died a few weeks earlier. She is commemorated by a statue in St Peter’s Square.
Pankhurst was not the only tragic hero that Manchester has produced. What to think of Alan Turing, the father of computer science and the brain behind the Enigma machine, which decoded the secret German military messages during the Second World War, an achievement that may have shortened the war by two years. Turing was arrested in Manchester in 1952 on suspicion of having had sex with another man, which was illegal at the time. He suffered imprisonment and a hormone treatment. In 1954 he committed suicide. He has since been fully rehabilitated and a road has been named after him in Manchester. He also has a statue in Sackville Gardens. 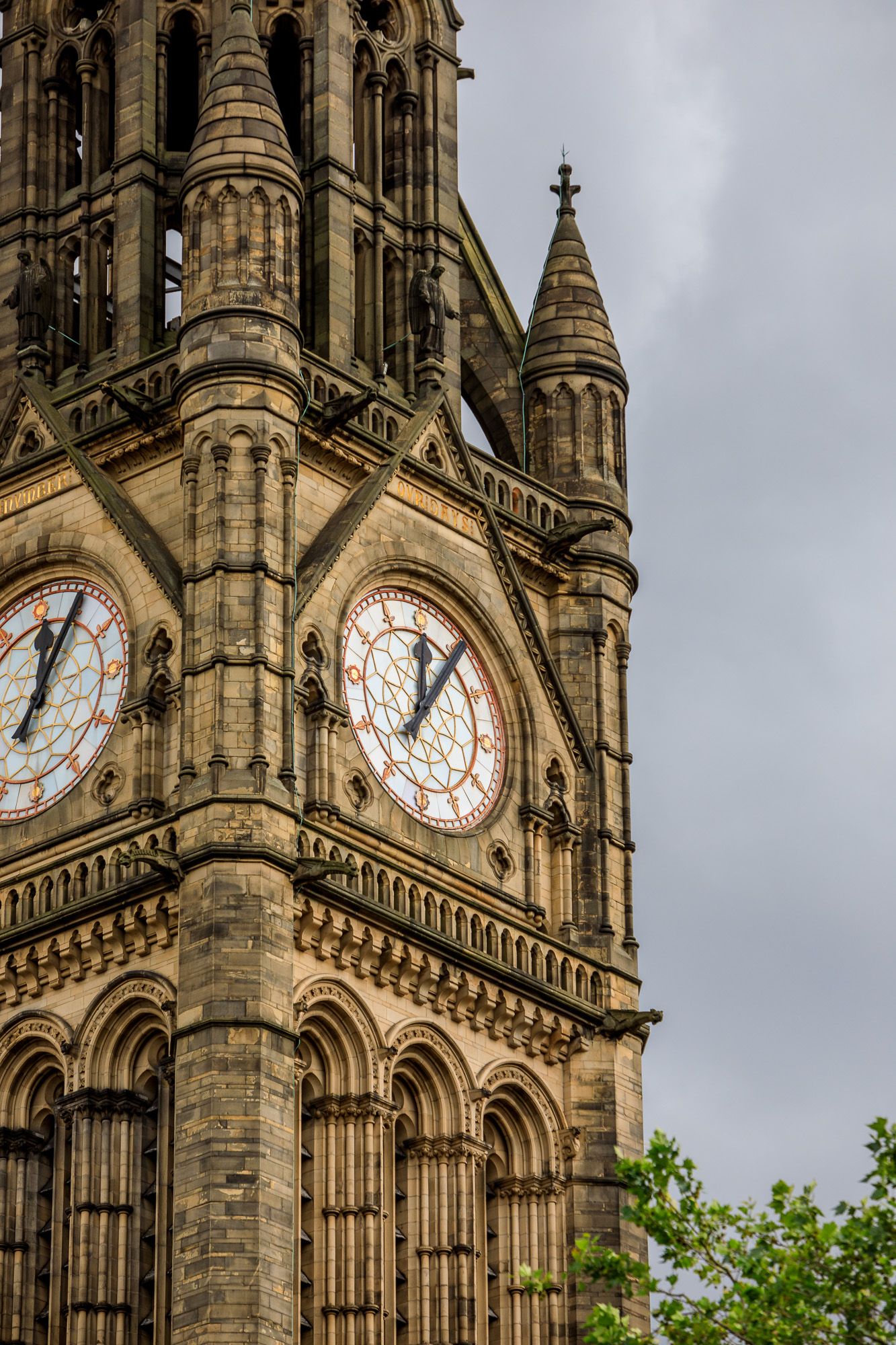 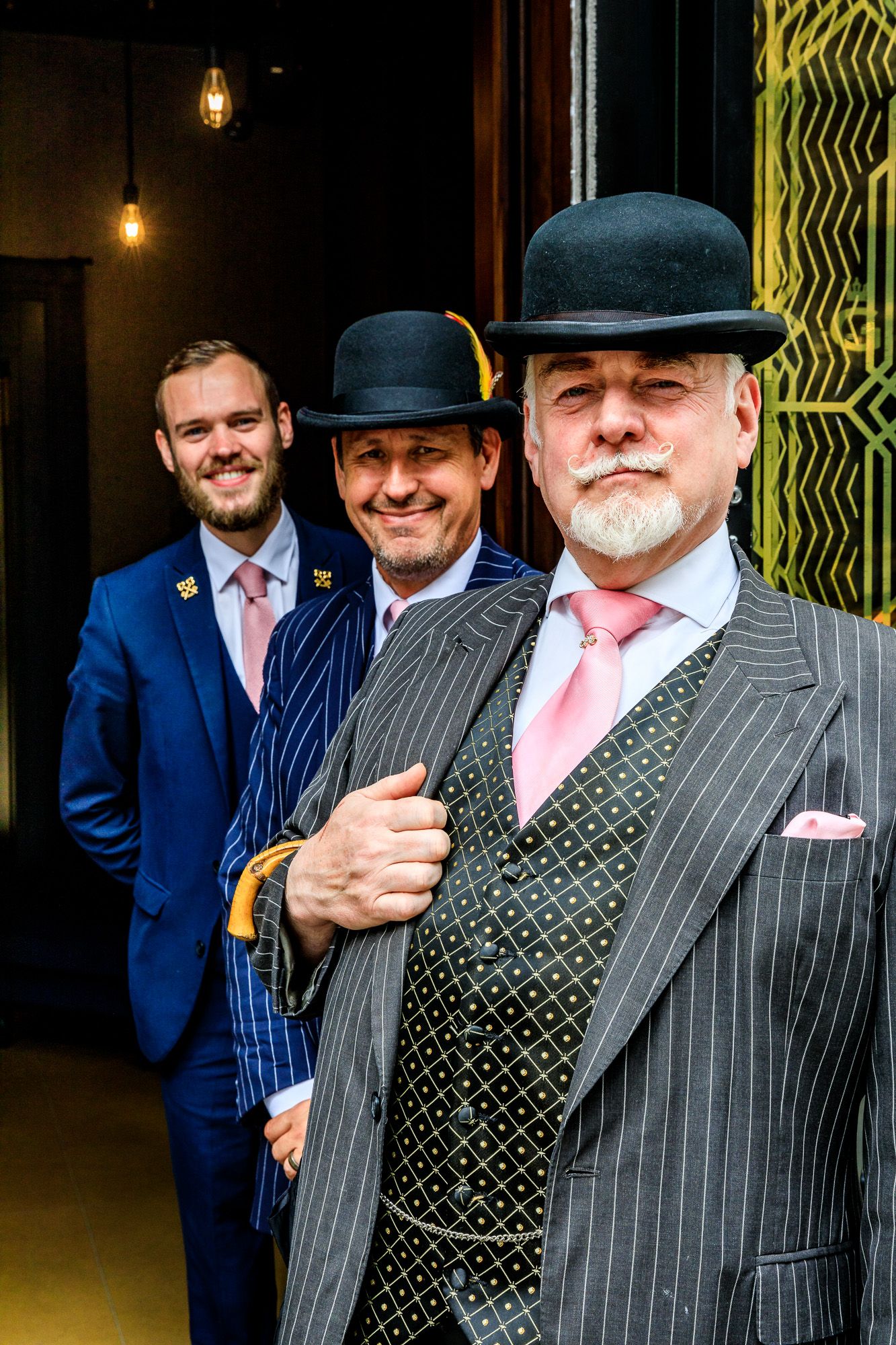 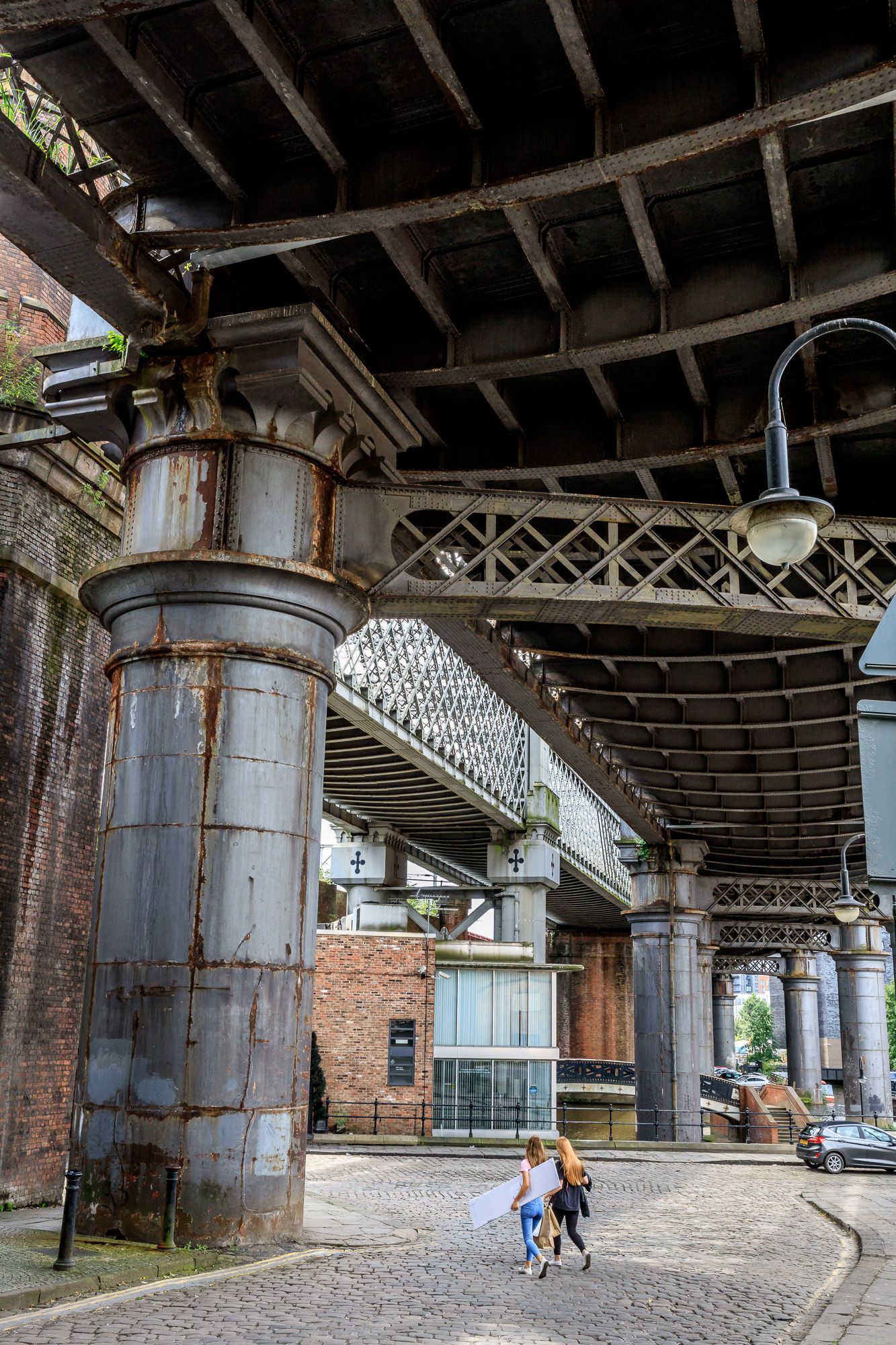 Number One Grandmother In Faulkner Street, we walk underneath the paifang: the gateway that marks the beginning of Chinatown. ”Beautiful, eh?” While we are studying the gate, a man has approached us, introducing himself as Chan. He is a business student in the United States and is presently staying with his parents in his city of birth for a few weeks. ”My grandparents were from Hong Kong. They were farmers and moved from the New Territories to here in the 1960s. You know, Britain was our motherland at the time. We were a British Crown Colony. My grandparents went to Manchester because we have family here in Chinatown. Sorry, I hope I’m not intrusive?”
We assure him the contrary is true, and Chan eagerly continues. “There are five Chinatowns in this country, often in port cities. In addition to Manchester you can find them in Liverpool, Birmingham, Newcastle and of course London.” But then, Manchester is not a port city, is it?

Manchester dates back to the Romans. Like all other English cities with the word “chester” in their name

Chan smiles. “We are indeed 60 kilometres inland, but thanks to the Manchester Ship Canal we became the third busiest seaport in the country at the end of the nineteenth century. That was mainly built, of course, to set ourselves free from the claws of our kind sister city Liverpool. The Liverpudlians raised huge rates to unload goods for Manchester. These were often just as high as the costs of the entire journey from the Far East to here. They had a monopoly position, and they certainly made use of that. Until the channel came.” We chuckle. On our journey through northern English cities, we will hear more stories about the eternal competition between Manchester and Liverpool. Chan walks with us through Chinatown for a bit. We pass Ho’s Bakery, Mei Dim Restaurant, Teppanyaki Chinatown, Happy Seasons, New Emperor, Great Wall. “Did you know that we have no less than three Chinese retirement homes here?” says Chan. “The oldest resident is a distant relative of mine. She is 86, and we call her Number One Grandmother.” 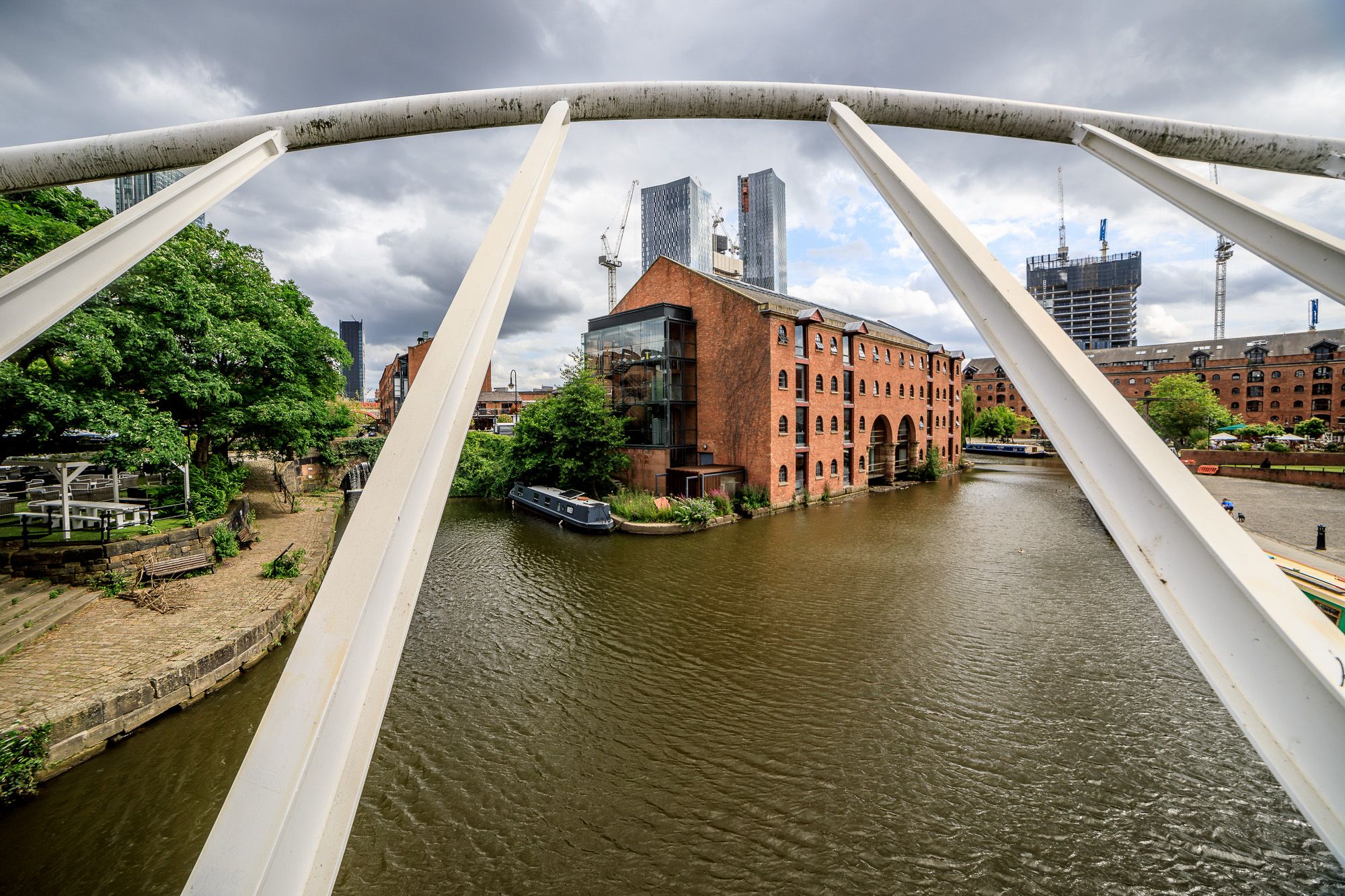 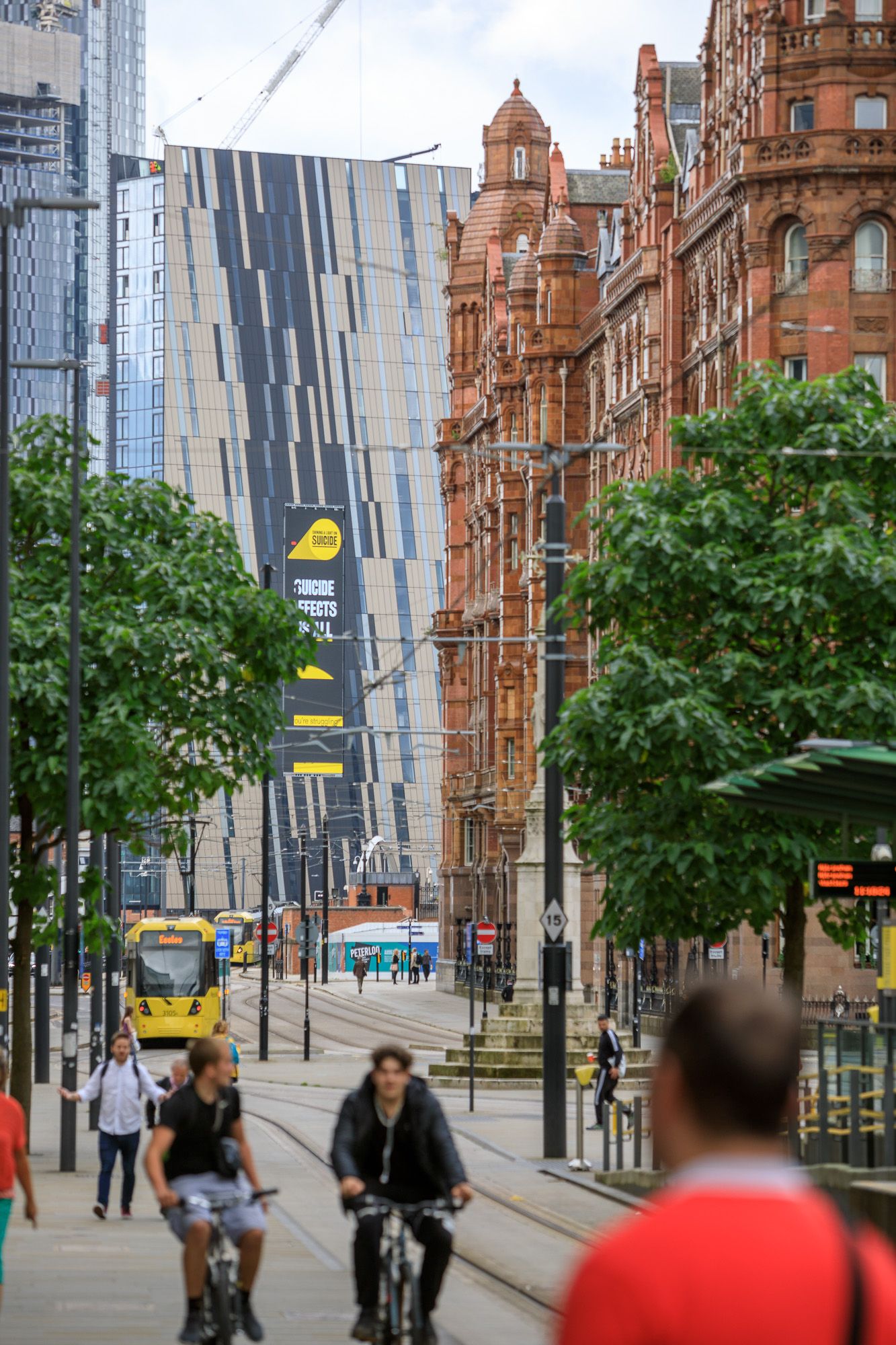 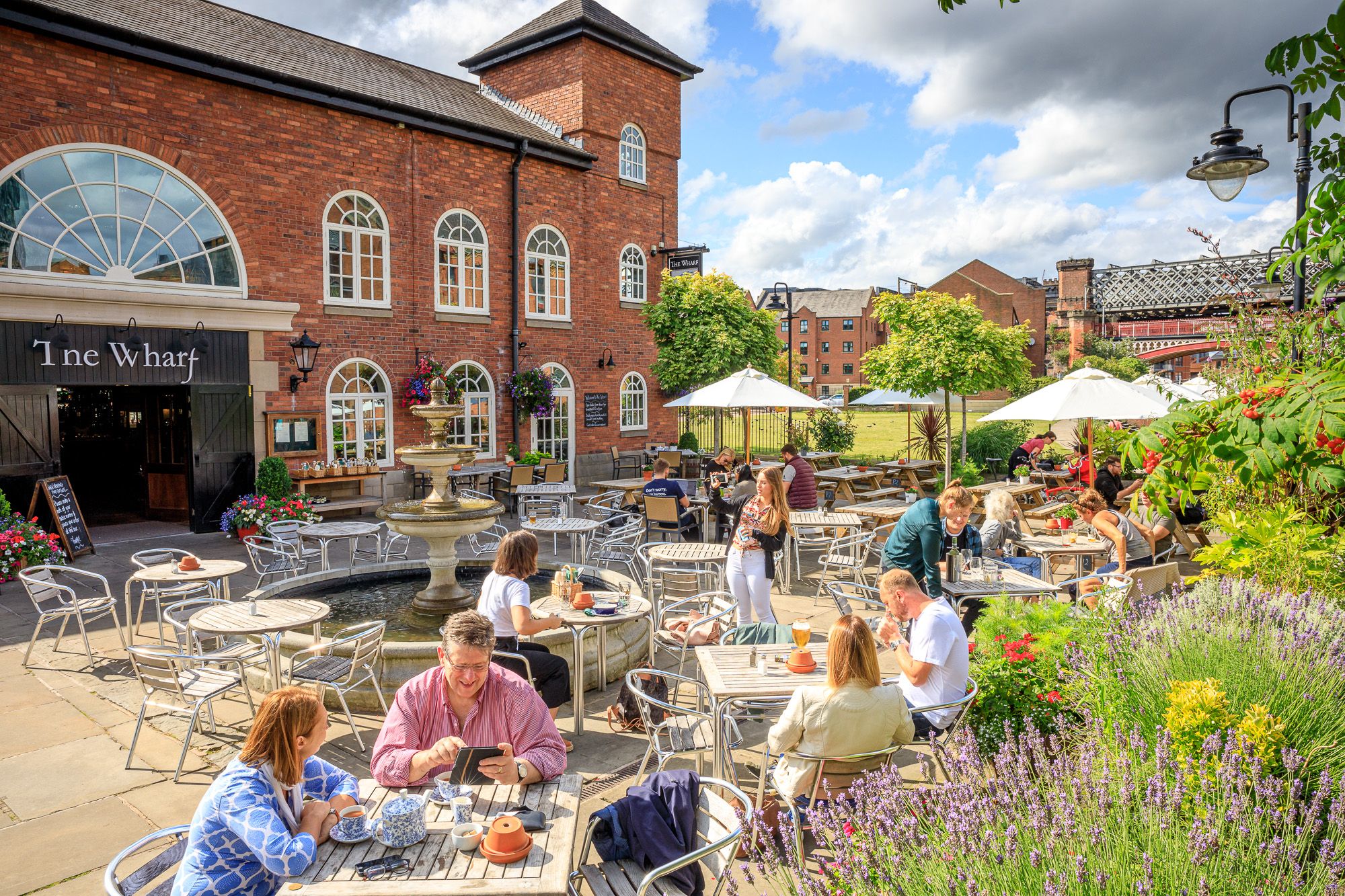 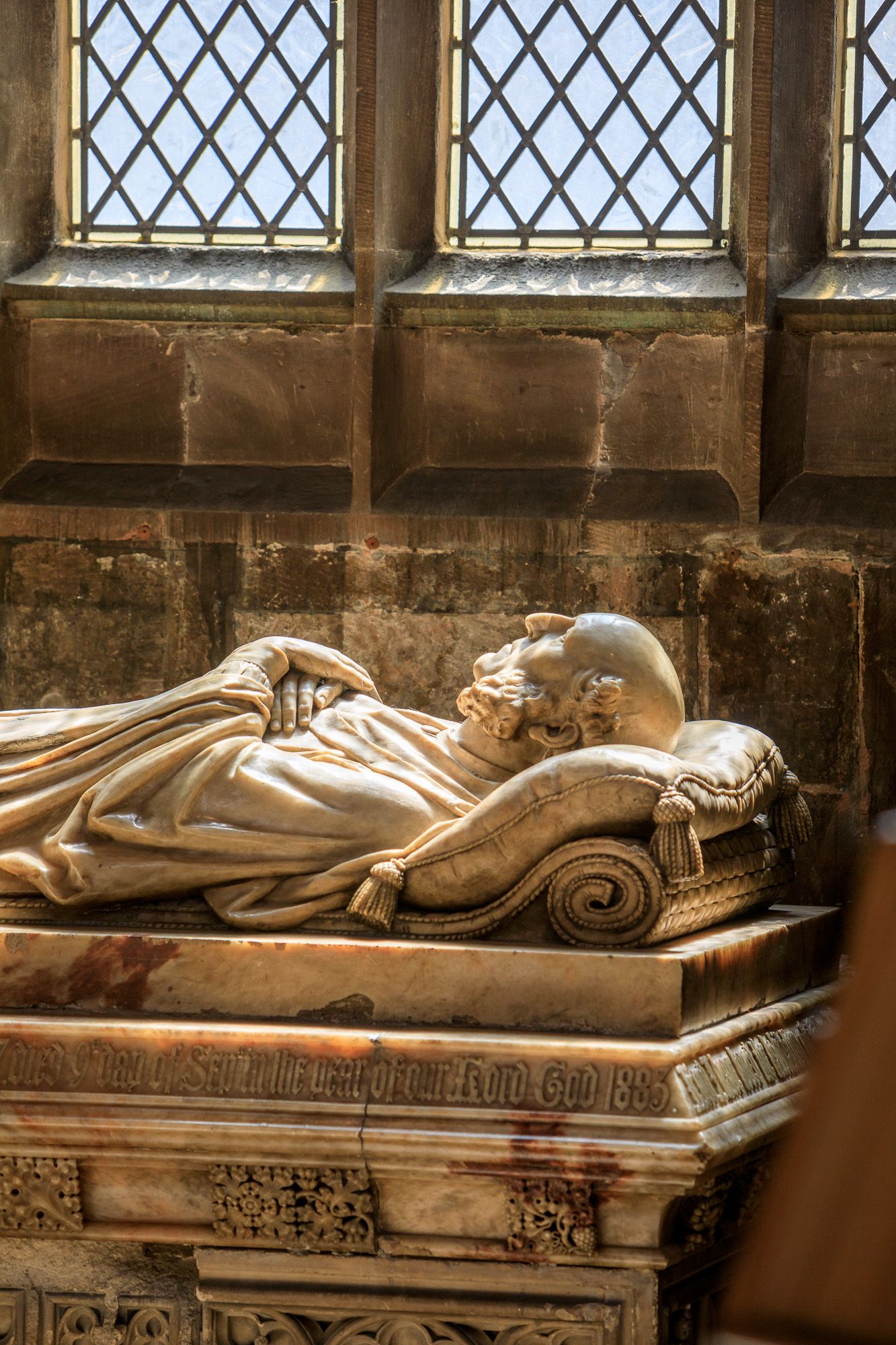 Cheshire Cat & Hair of the Dog
Although the later metropolis was still a village by 1750, the history of Manchester dates back to the Romans. Like all other English cities with the word “chester” in their name: it refers to “castrum”, Latin for fort or military camp. In 79 the fort Mamucium or Mancunium was built here. Today, the area where it once stood is called Castlefield. Part of the fort has been reconstructed, and behind it we find what is now one of Manchester’s most characteristic neighbourhoods.

Castlefield is vintage industrial heritage. Important waterways like the Rochdale Canal and Bridgewater Canal, the oldest industrial canal in the world, met here. Storage warehouses were erected, rail viaducts were constructed and a train station was opened. Business thrived. After the disappearance of the cotton industry and a period of decline, Castelfield started a new life. The station was transformed into the spectacular Science and Industry Museum, a park was created, and sought after apartments as well as pubs and restaurants appeared in the warehouses. Today, narrowboats lie at the quays and in the Wharf Pub you can enjoy a pint of Cheshire Cat or Hair of the Dog, enjoying their view and that of the quays.
Return to Chinatown
At the end of the day, we return to Chinatown. Chan suggested dinner in The New Emperor restaurant. “Excellent value for money. And by the way, Number One Grandmother and her family often go there, because it is one of the few Chinatown restaurants on the ground floor.” While we are enjoying our dim sum, an elderly lady in a wheelchair enters, accompanied by a Chinese family of at least three generations. We have a chat with them, and the old lady appears to have no objection to a photoshoot. While she looks fearlessly into the lens, we decide: whether she is called Morning Glory, Spring Peach, Dewy Jasmine or Black Jade, for us she is Number One Grandmother. 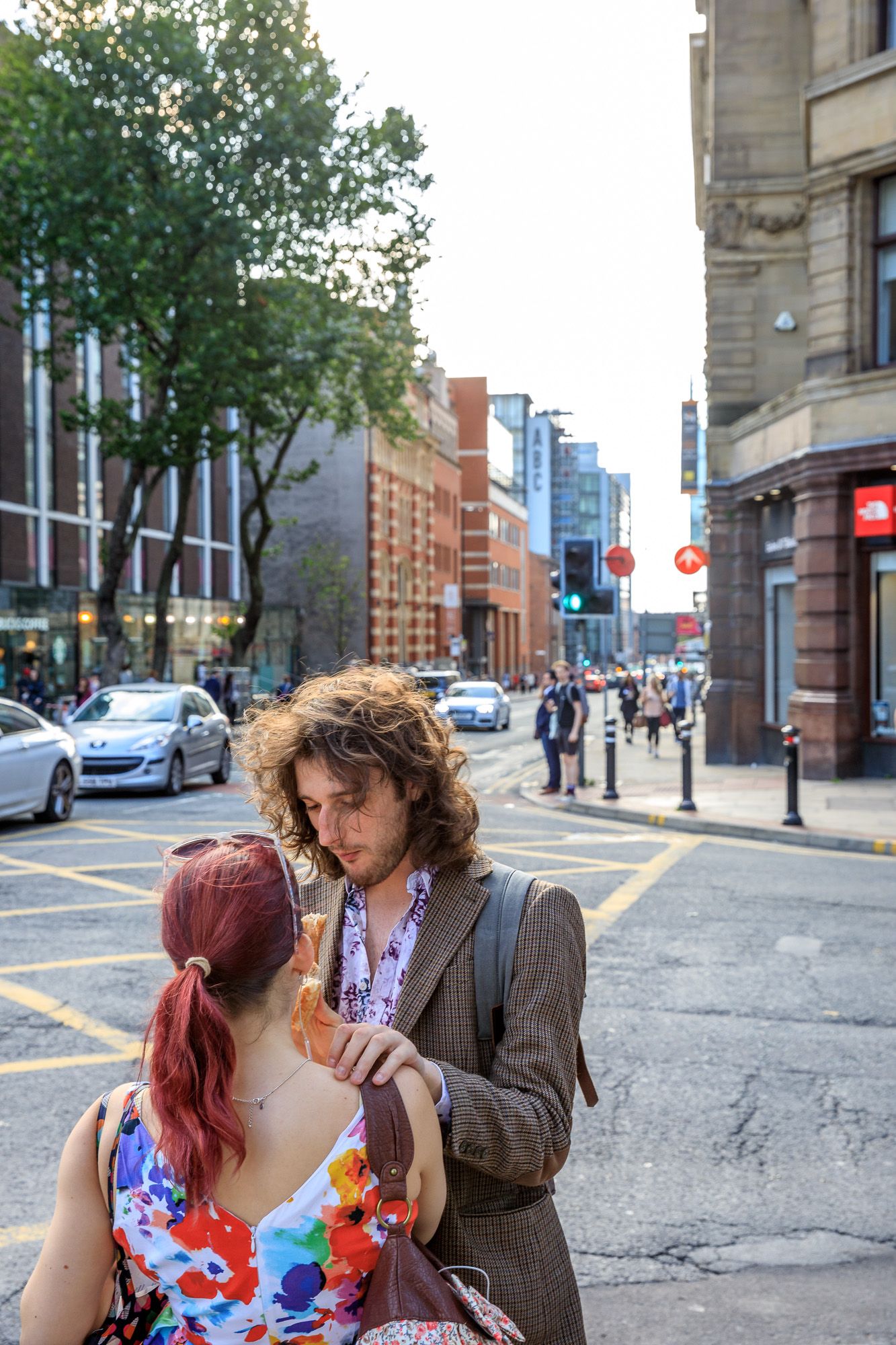 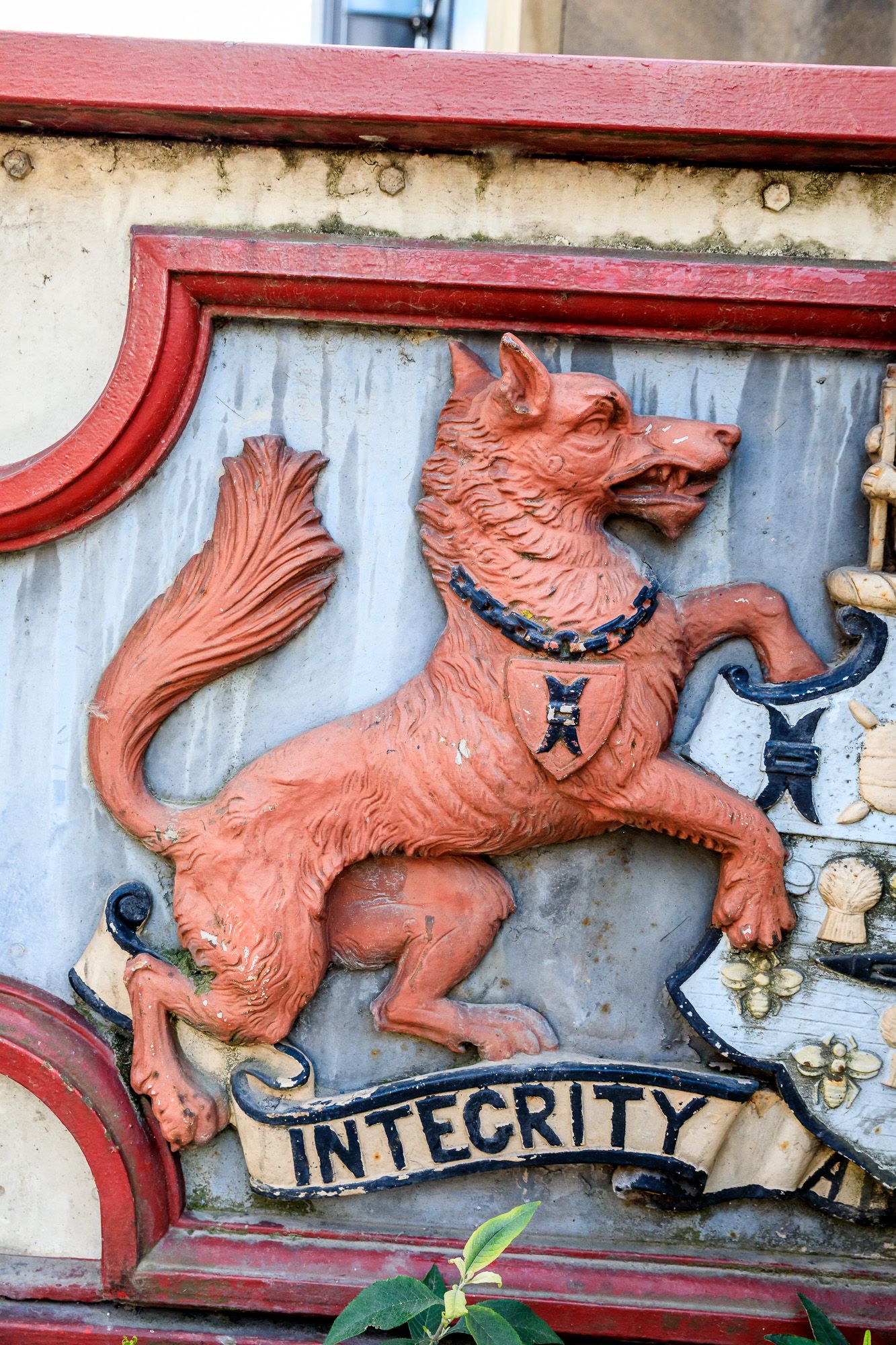 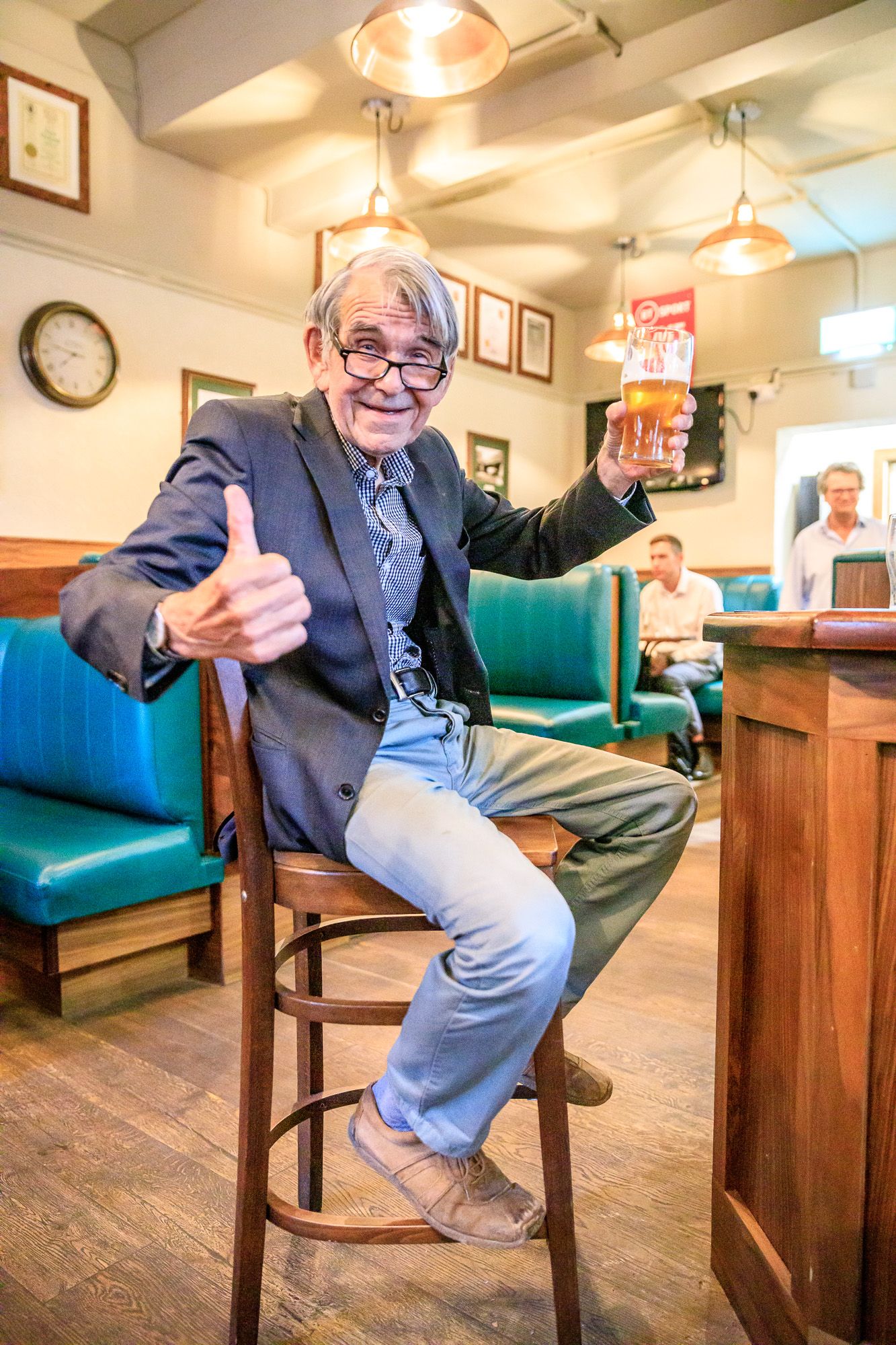 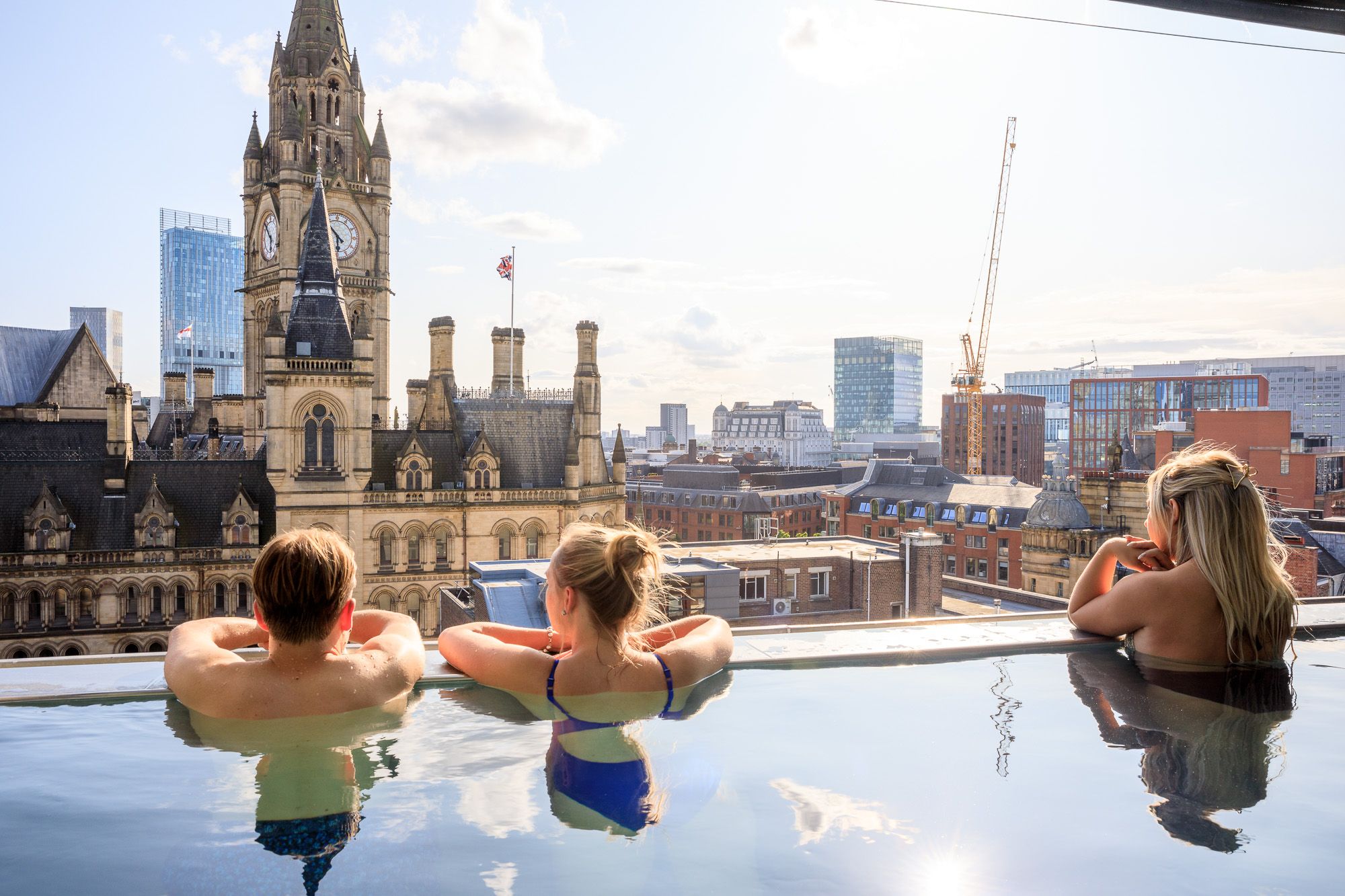 Science and Industry Museum: everything about the city’s spectacular industrial past

——————–
National Football Museum: with United and City, Manchester houses two of the most famous football clubs in the world; you want to know more about that

——————–
Manchester Art Gallery: with paintings by the Pre-Raphaelites, Stubbs, Constable, and Turner and sculptures by Rodin and Henry Moore

——————–
People’s History Museum: about the history of British democracy and its influence on the population; the Suffragettes are also covered

——————–
Heaton Park: one of the largest city parks in Europe, boasting an 18-hole golf course 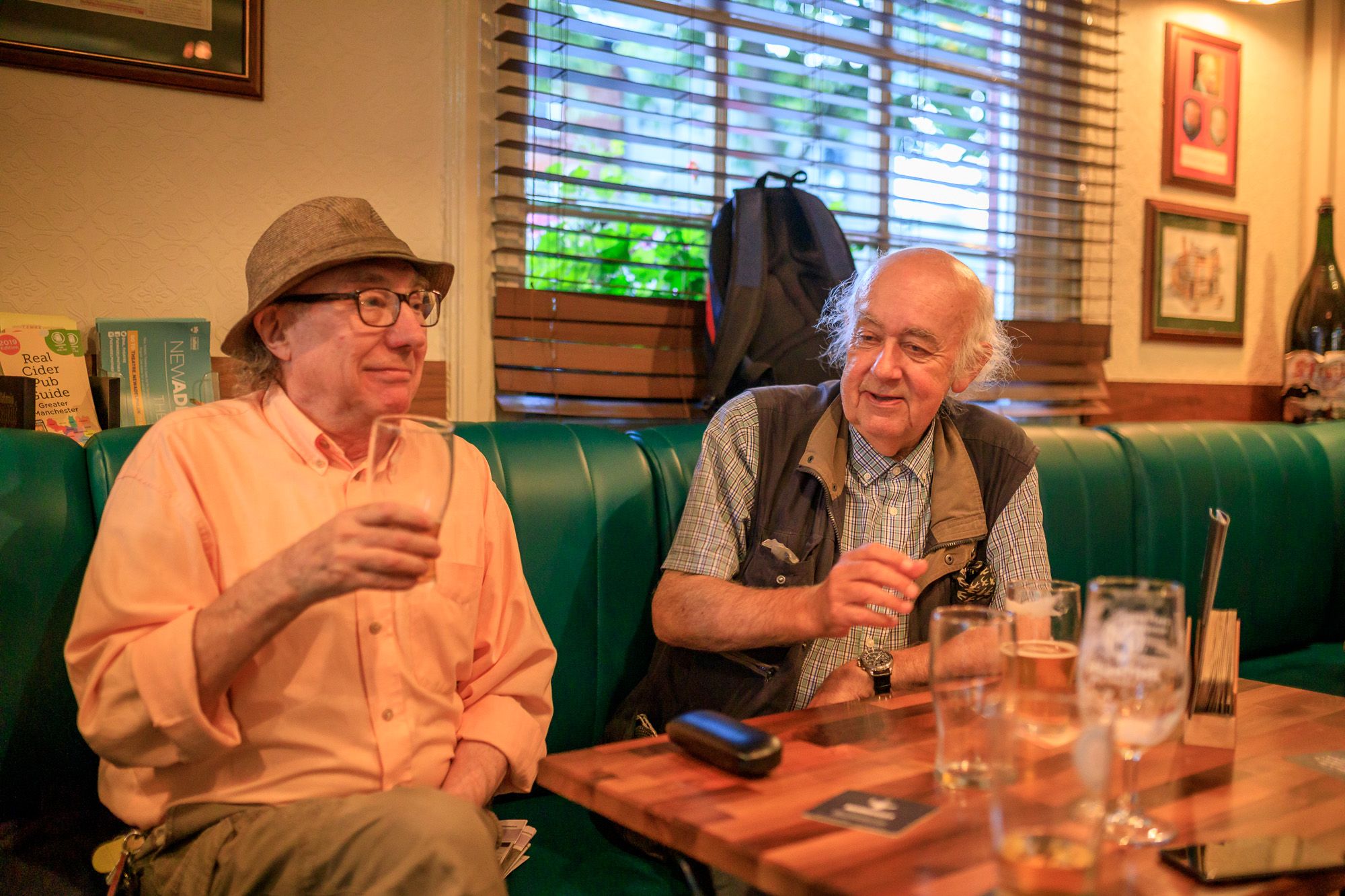 Lunch: The Café at the Cathedral, Cathedral Yard.
Traditional tearoom with great sandwiches, cakes and brownies.