The history of Cuba, the largest Caribbean island, goes way back. Up until the 15th century, the island is inhabited by Indians, and in 1492, discovered by Cristopher Columbus. In 1512 it became a Spanish colony. Since 1959, Cuba is reigned by the revolution led by Fidel Castro and Che Guevara. The remarkable history of Cuba in a nutshell.

An international misfit. That’s what you can call Cuba with confidence. One of the last strongholds of pure socialism, although this last bastion’s also slowly becoming more capitalistic. Or, like the Cubans jokingly say: “Socialism is the longest road to capitalism”.

It was here that our Dutch hero Piet Heijn, simply called Pirate in Spain and on Cuba, captured the Spanish treasure fleet.

The island is under Spanish reign for more than three centuries. It is the port of the Spanish empire: all valuables (gold and silver) that the Spaniards collect from South-America, pass Havana on their way to Spain. It was here that our Dutch hero Piet Heijn, simply called Pirate in Spain and on Cuba, captured the Spanish treasure fleet. 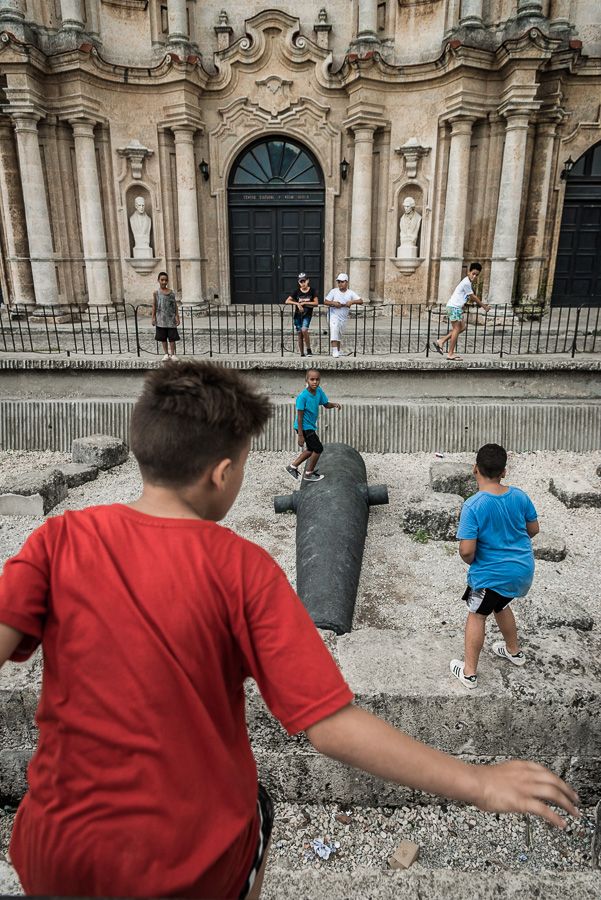 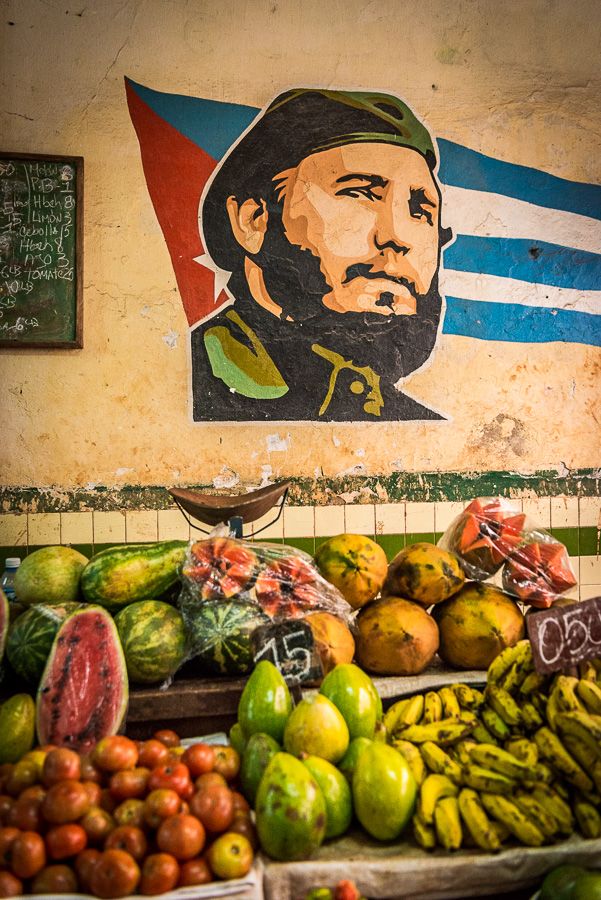 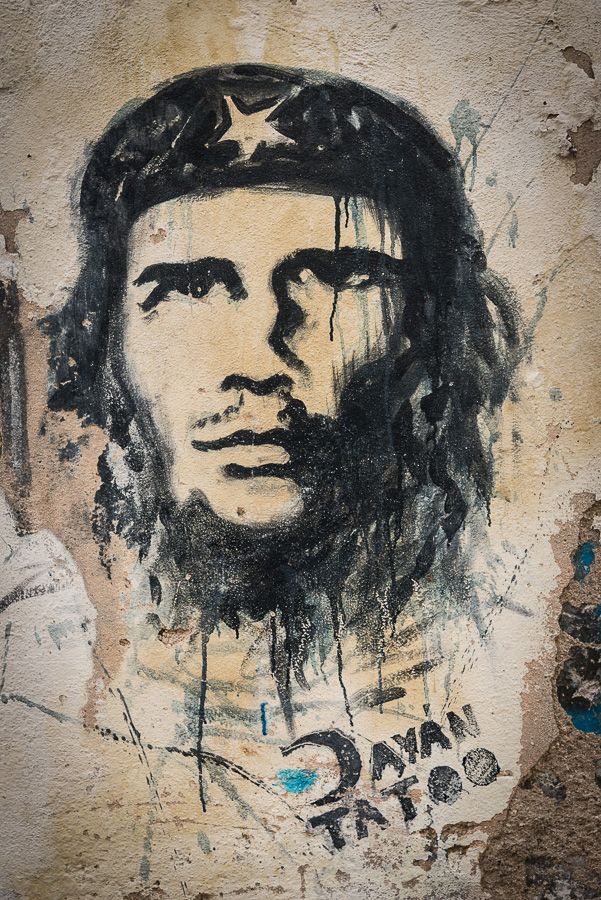 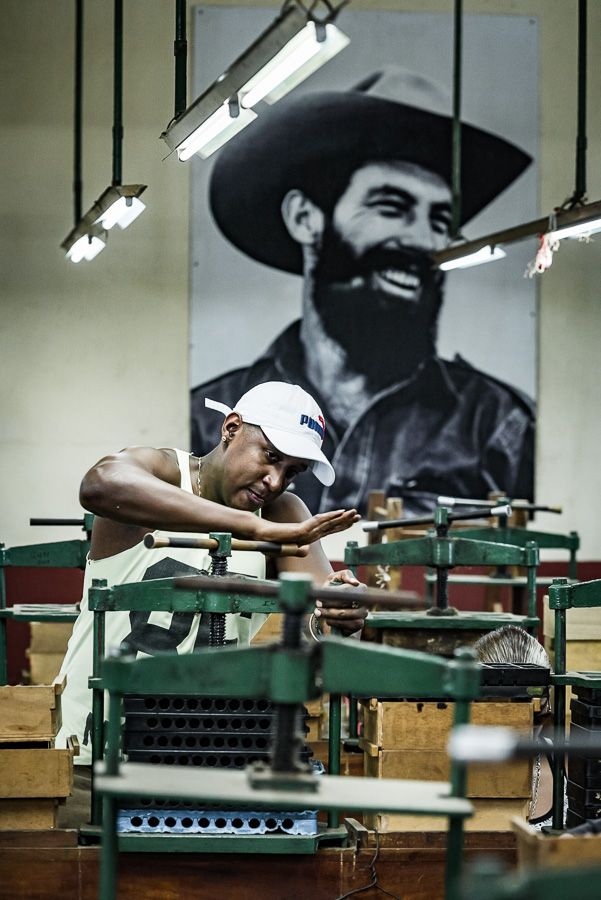 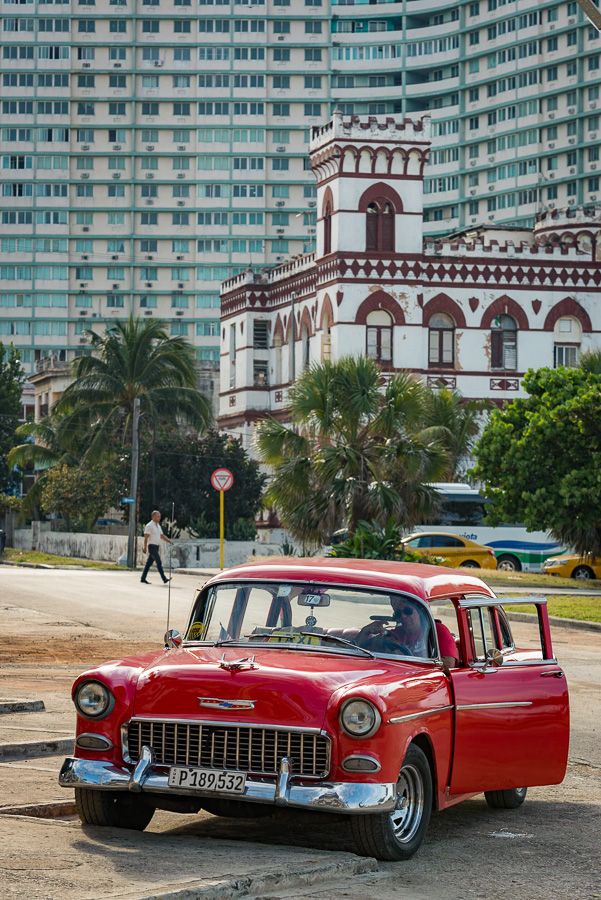 Spain lost practically all of its territories in the Americas, but they held onto Cuba till the end of the 19th century. Until the Cubans revolted with the help of the still young United States of America. In 1898, after the Spanish-American war, the U.S. invaded the country and granted it formal independence in 1902. However, the U.S. stays in tight control and business interests, especially those of the American mafia, are immense on the sunny island.

The hedonism and corruption reign supreme under mafia pawn and dictator Batista. Former lawyer Fidel Castro cannot live with it.

The hedonism and corruption reign supreme under mafia pawn and dictator Batista. Former lawyer Fidel Castro cannot live with it. On July 26, 1953, around a hundred rebels, led by Fidel, try to unleash a revolution by initiating an attack on the Moncada barracks in Santiago de Cuba. The assault is a complete disaster. Almost all rebels are detained or killed. Fidel Castro gets fifteen years in prison, brother Raúl thirteen years. But after two years, the brothers are released. Immediately after his release, Fidel Castro flees to Mexico, where he comes into contact with the Argentinian revolutionary Ernesto ‘Che’ Guevara. 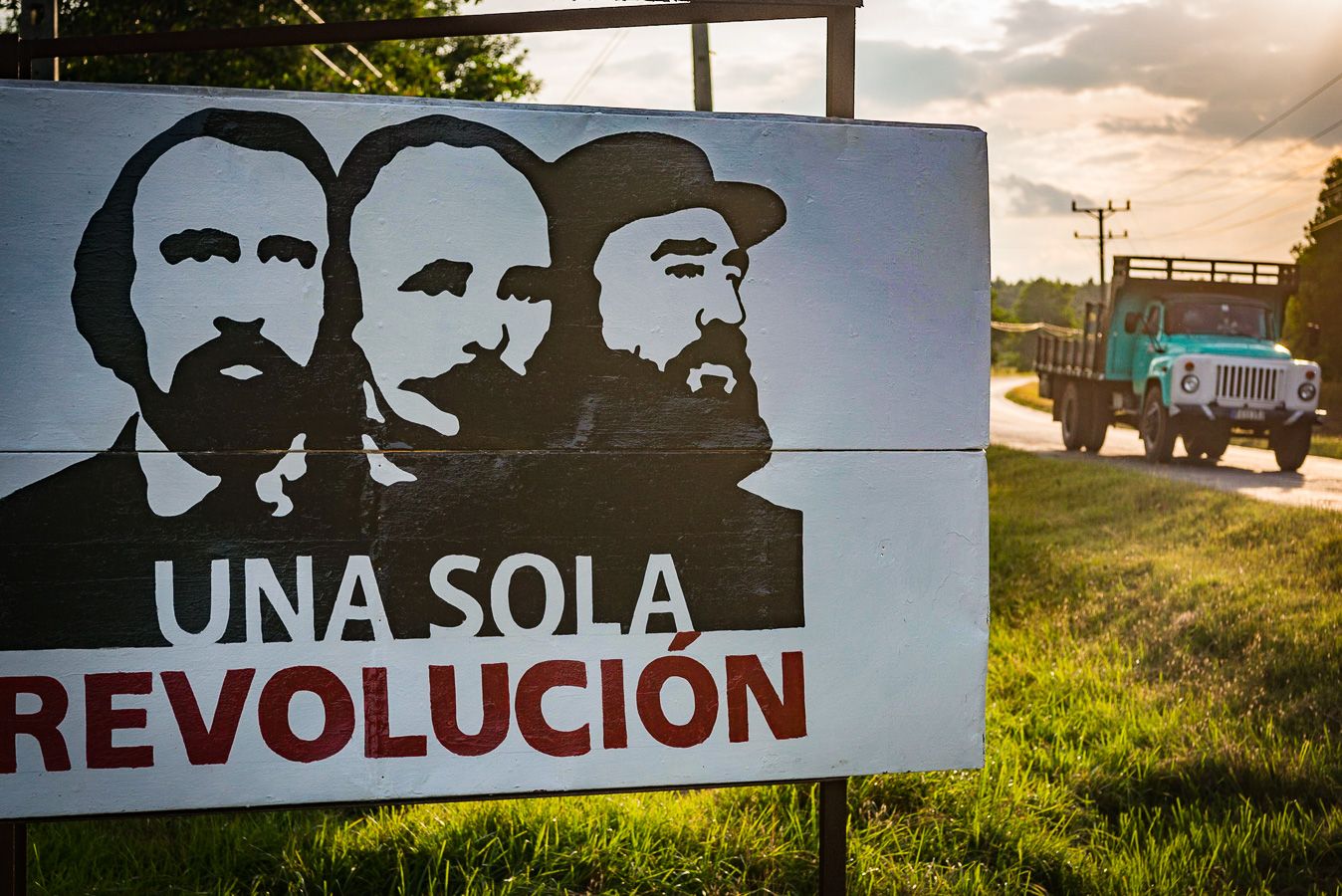 On December 2nd, 1956, Castro returns to Cuba with about eighty other members of the ‘26th of July movement’. Once there, the rebels retreat into the overgrown forests in the mountains and start a guerrilla battle against Batista. In June 1958, Batista is sick of it and finally initiates Operation Verano to end the rebel movements. More than 12.000 Cuban soldiers go into the mountains. The experienced guerrillas are better prepared for the circumstances, and the Cuban army suffers great losses. Operation Verano is a major defeat for the Cuban army.

A week later, on January 8th, 1959, Castro enters the capital Havana without any resistance.

After the euphoria of the victory during Operation Verano, the rebels choose to take the offensive. They leave the mountains and conquer a few southern cities, amongst them Santiago de Cuba, the important port city. Next, the rebel leaders, Castro but also Che Guevara, Camilo Cienfuegos and Jaime Vega, start the long journey to the capital Havana. On December 31st, 1958, after the fall of the city Santa Clara, Batista finally decides to cut his losses and leaves the country. A week later, on January 8th, 1959, Castro enters the capital Havana without any resistance. 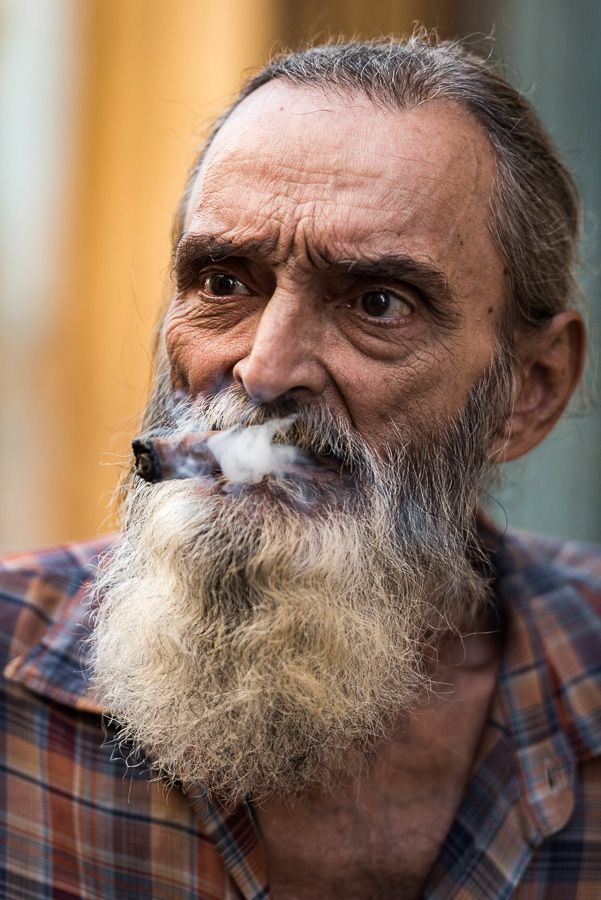 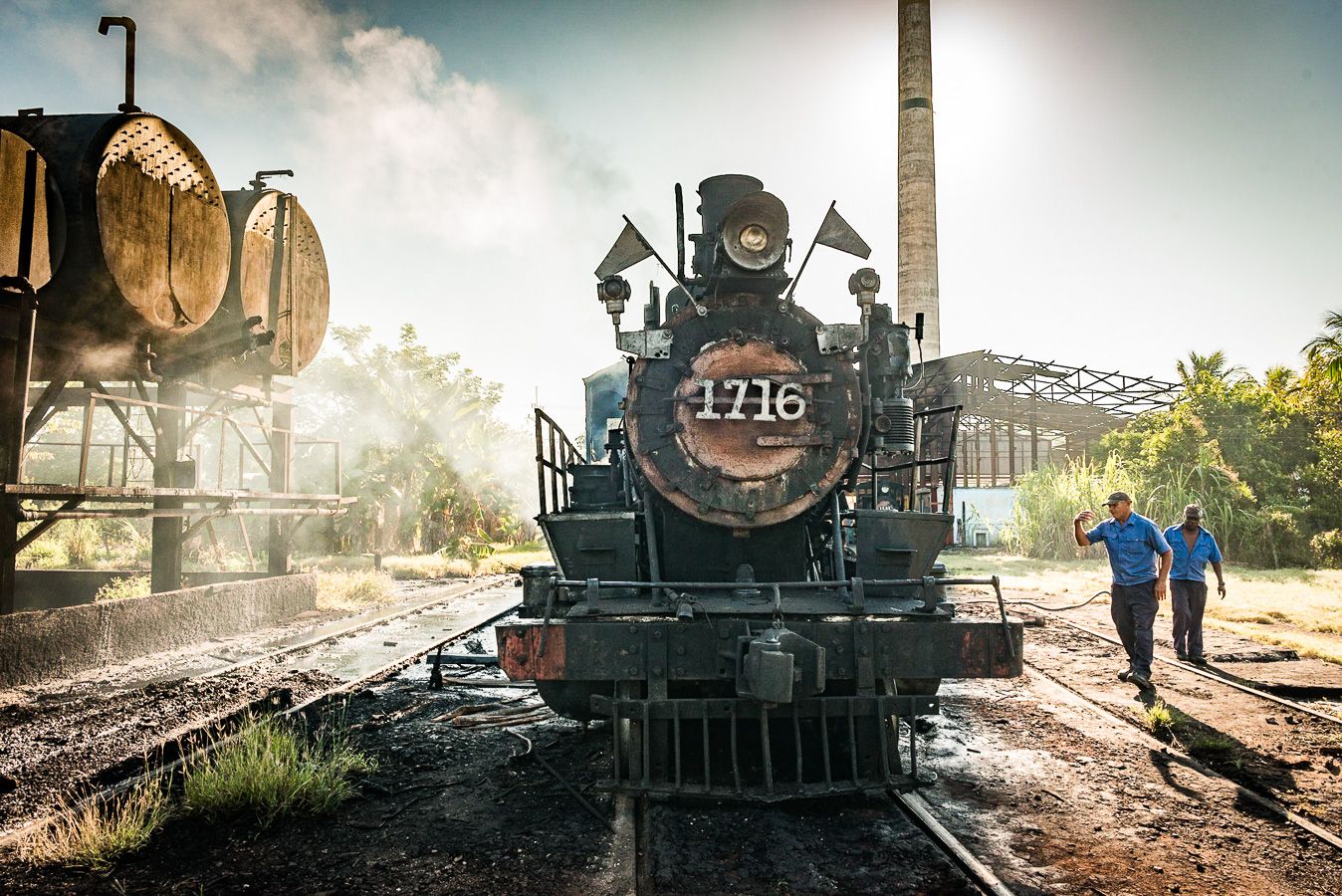 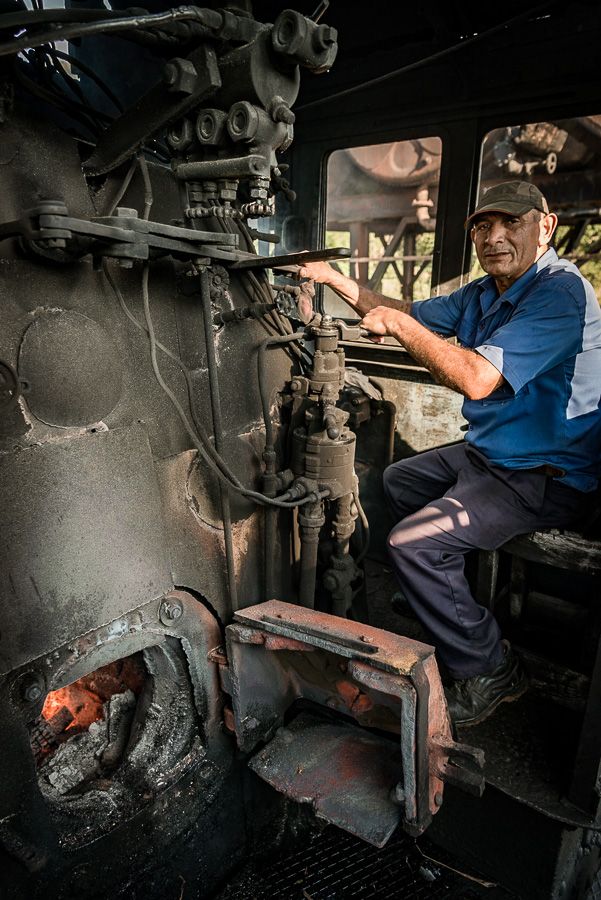 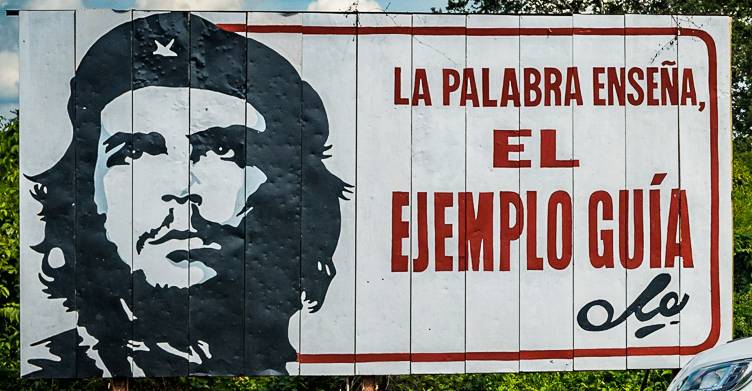 The ideas and policy of Fidel Castro are of communist nature and therefore, the land collides with the capitalist United States. For example, in 1961, the CIA, backed by Cubans in exile, tries to overthrow the Castro regime. This becomes a severe failure. With Fidel as the big hero, fighting the invasion from an old steam locomotive as rolling basecamp. Cuba draws towards the Soviet Union more and more, which leads to the Cuba crisis in 1962. Because the USSR can place nuclear weapons on Cuba with permission from Fidel, John F. Kennedy almost presses the big red button to start a nuclear war. The Soviet Union ships with the weapons aboard turn around at the last second. Who knows what the climate and humanity would look like if they hadn’t.

Cuba draws towards the Soviet Union more and more, which leads to the Cuba crisis in 1962.

The United States draw up a trade embargo to punish Cuba. The embargo that continues up till today. Cuba finds support at the like-minded USSR. After the Soviet Union falls apart, Cuba loses its most important trade partner and ally, causing a complete crash of the country’s economy. The country breaks through its isolation for the first time and looks for rapprochement to other countries in South America and especially with the (socialistic) Venezuela from Hugo Chávez.

El Lider, one of the many nicknames for Fidel, begins to have trouble with his health at the beginning of the eighties. Raúl Castro succeeds his brother Fidel in 2008. Fidel dies in November 2016, at the age of ninety. Since April of this year, Miguel Diaz-Canel is formally the president. Whether or not there will be more freedom and economic progress under his reign, remains to be seen. But there is great hope among the Cubans.