The Beauty of Salta
Salta, Argentina

Deep in the heart of South America, in the north of Argentina at the foot of the Andes lies Salta. A great place to dream and fantasise against a backdrop of overwhelming natural beauty, paired with an excellent bife de ancho and fantastic fruity wines.

The charcoal glows orange in the corner of the fireplace. Fireplaces used as open fires in houses were intended for cooking. Here and there small flames lick from the coals towards a beautiful piece of bife de ancho, undoubtedly from a cow that roamed the pampas and grazed on its juicy grass. The scalding heat has gorgeously browned the ribeye and the smell of roasting meat and wood smoke fills the air as night begins to fall.

With a large, sharp fork Dario Arias picks up the still tender joint of meat and puts it on a wooden plank. As a descendant of an old family of cattle and sugar farmers, he knows his product. “Good bife de ancho is buttery,” he tells us as he cuts off a piece of meat with a razor-sharp knife. The steam rises from the still pink meat as the juices spread across the piece of wood. I am watering at the mouth. 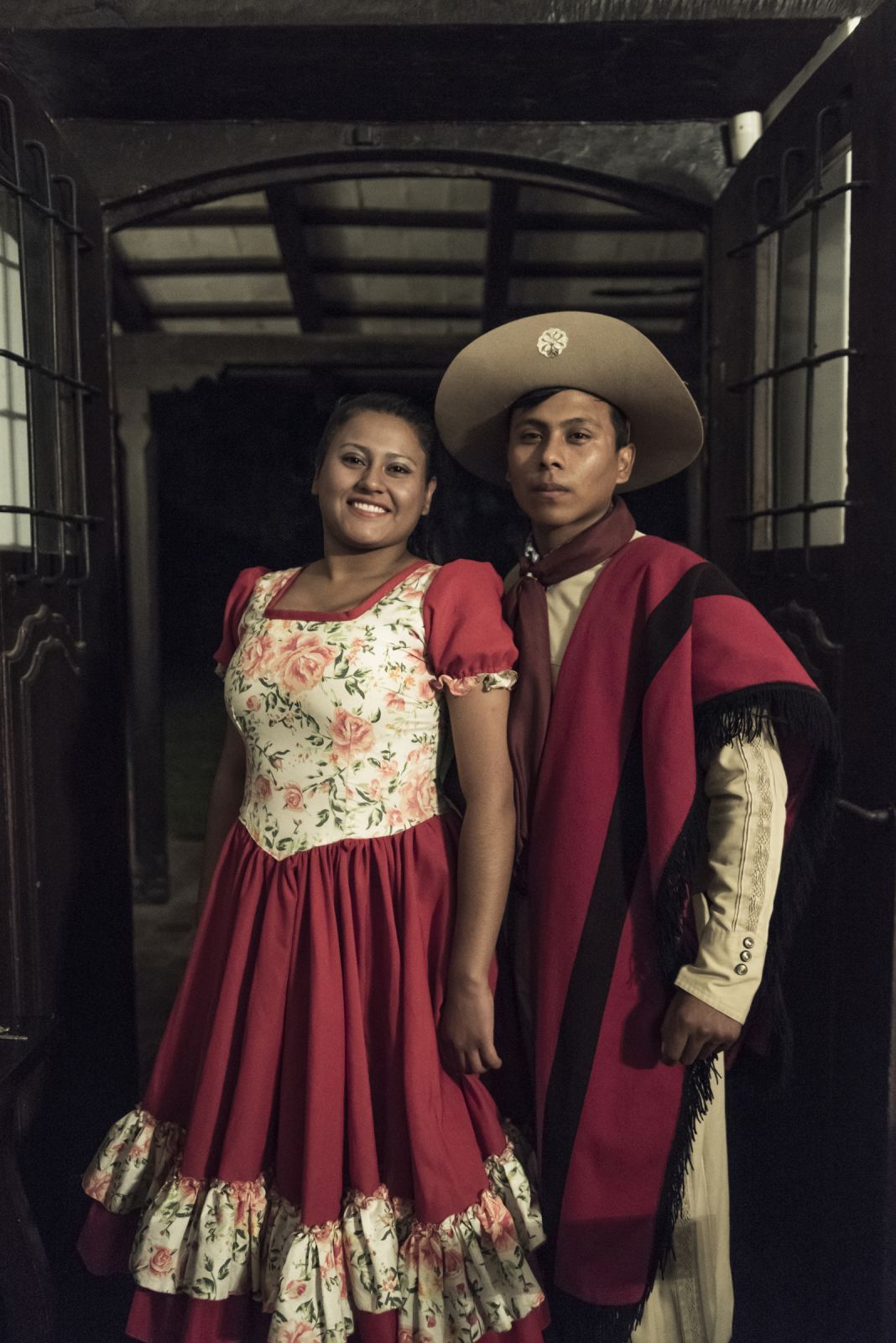 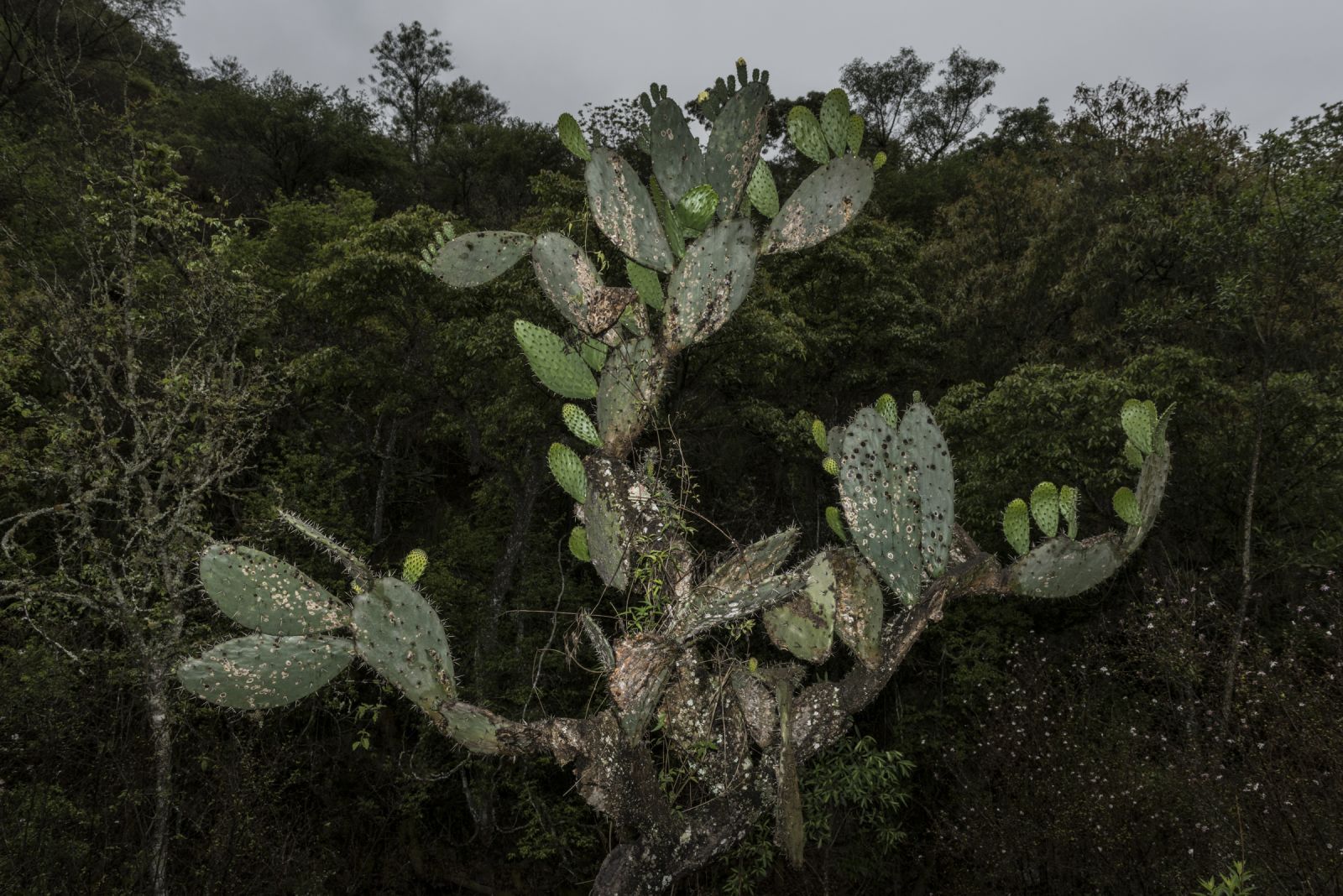 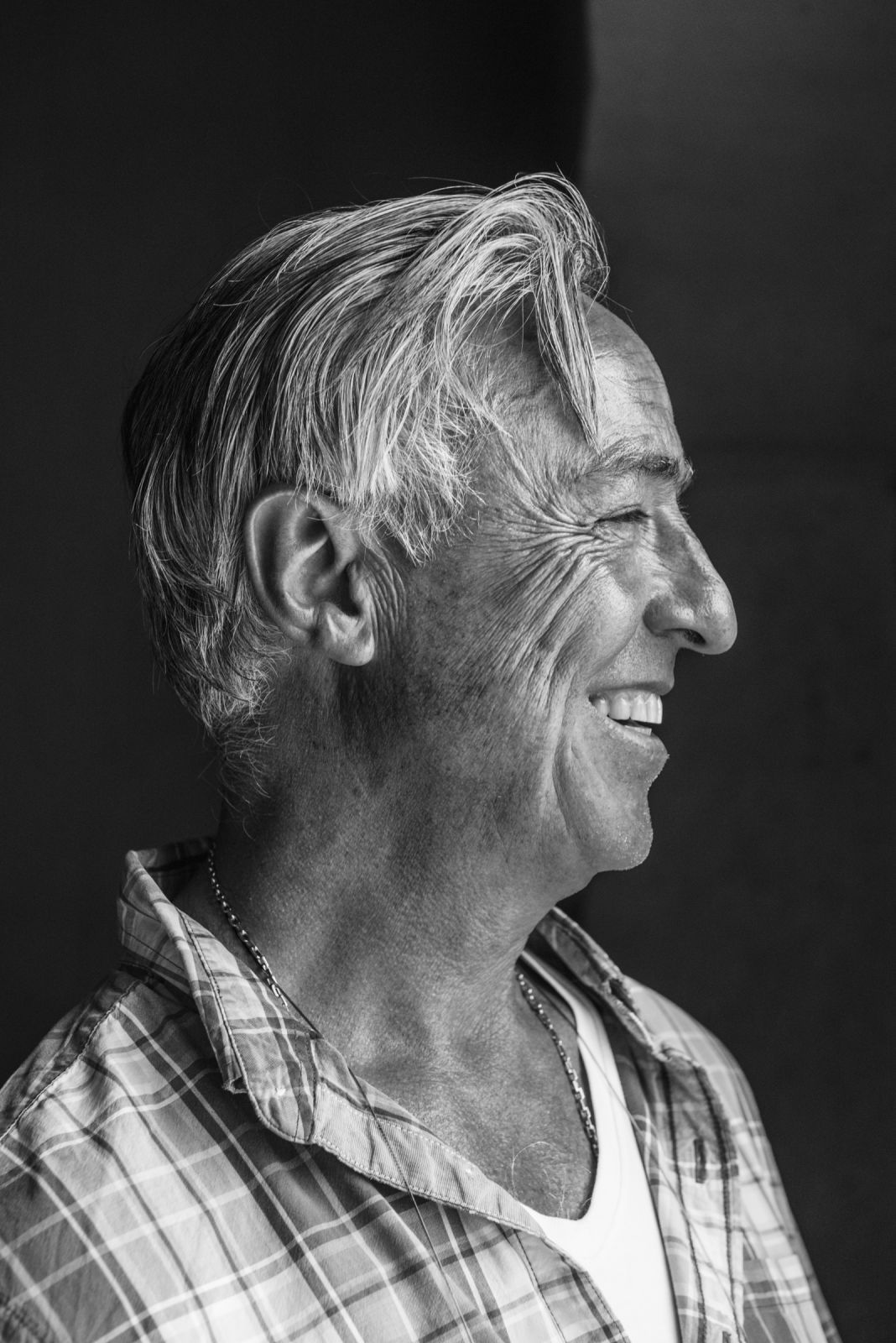 “Do you know why?” says Dario. I shake my head as my gaze shifts to the meat. “It’s because of the large amount of marbling. In scientific terms: intramuscular fat, i.e. the layers of fat between the muscles. Fat makes the meat juicy and stops it from drying out too quickly during cooking. The fat melts down into the meat and gives it an outstanding taste.”

My mouth has almost become a veritable Niagara Falls

I nod along eagerly, or perhaps overeagerly is the better term. “Anchois usually cut from a muscle the cow hardly uses” Dario continues. The “lazier” the muscle, the more tender the meat and the shorter time it takes to cook. bBife de lomo,fillet of beef, is a steak for flash frying in a pan. Meanwhile rabo de toro, oxtail, is for stewing. I have a terrific story aboutrabo de toroby the way.” He looks at me. In the meantime my mouth has almost become a veritable Niagara Falls, and I have to do my best to not start drooling as I open my mouth. “But I won’t torture you any longer,” says Dario laughing and hands me a plate with the most divine piece of meat that I have ever tasted. “Do you want a Pascanawith that?” Of course. Within minutes I am rinsing down the meat within an equally divine glass of red wine. The stars are twinkling joyously above us. My god, it can’t get any better than this. 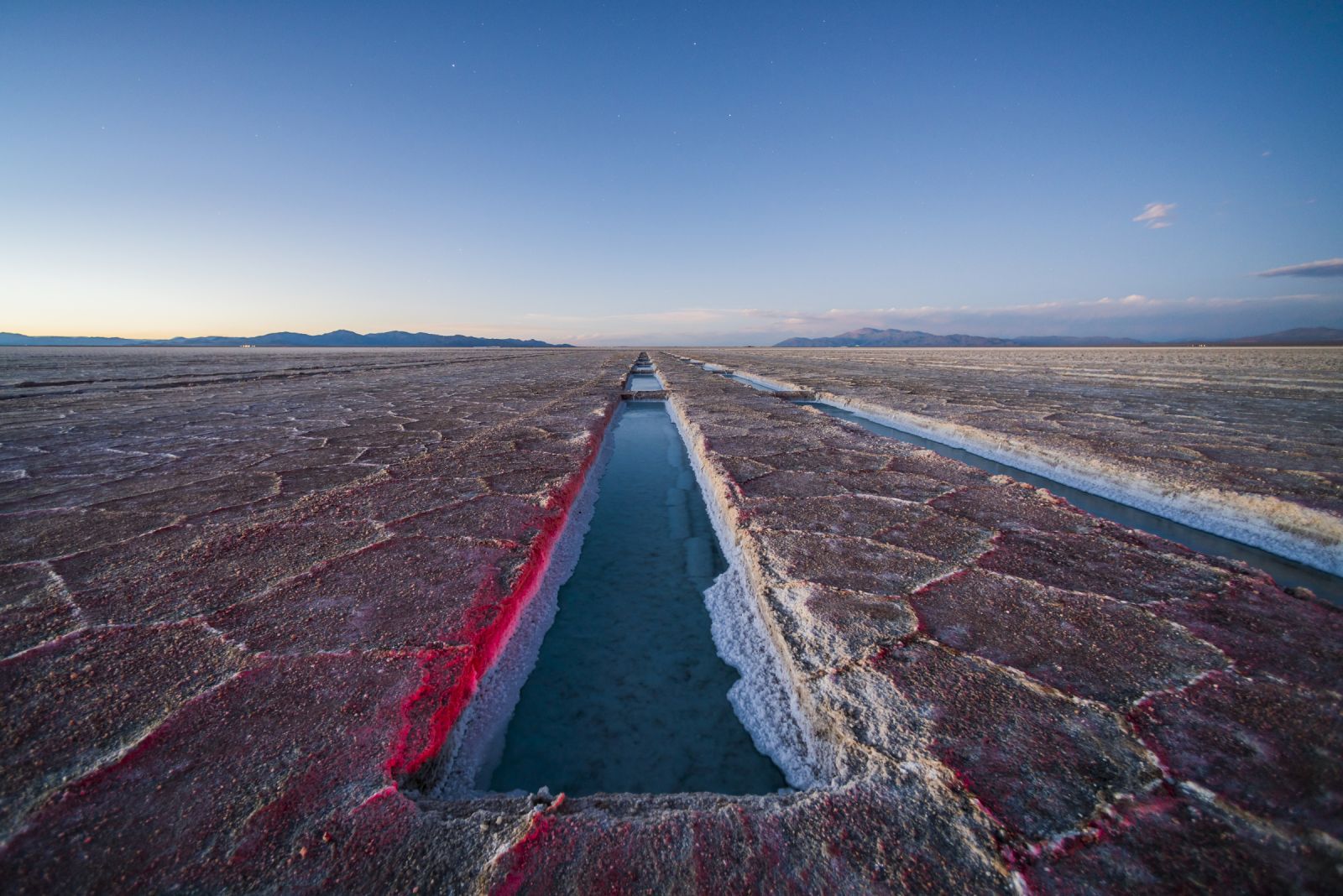 I am staying at the Estancia El Bordo de Las Lanzas,in the area of Salta in Northern Argentina. Salta is one of Argentina’s 23 provinces, bordering Chile, Paraguay and Bolivia. Here you stand at the feet of the mighty Andes. The provincial capital Salta, from which the province takes its name, was founded by the Spanish conquistador Hernando de Lerma to connect Lima in Peru and Buenos Aires in Argentina. It was an essential stop along the route between these two cities and became a centre for silver mining, and both gold and silver are still mined there to this day.

Here you stand at the feet of the mighty Andes

This former wealth can is seen in the city’s often peculiar looking buildings. The city is nicknamed ‘La Linda’, the beautiful one. A town full of narrow alleys, colonial buildings and churches, which with their pink and light-blue players and supporting white pillars almost look like wedding cakes. There is no doubt the place has taste.

People had inhabited Salta for centuries before the arrival of the Spanish. This area was after all the southern tip of the former Inca Empire. 10% of Argentinean people have some form of indigenous heritage, the largest proportion of which live in Salta and the towns and villages surrounding it.

“How cruel, how gruesome” shudders a visitor of the Museo de Arqueología de Alta Montaña, the Museum of High Altitude Archaeology, as she stands face-to-face with La niña del rayo,the world-famous mummy of a six-year-old girl. This extraordinary museum lays bare the history of the Incas. Here you can see various artefacts and relics that have been found across, the Andes, the most unusual and disturbing pieces being the mummified bodies of the “Children of Llullaillaco”. 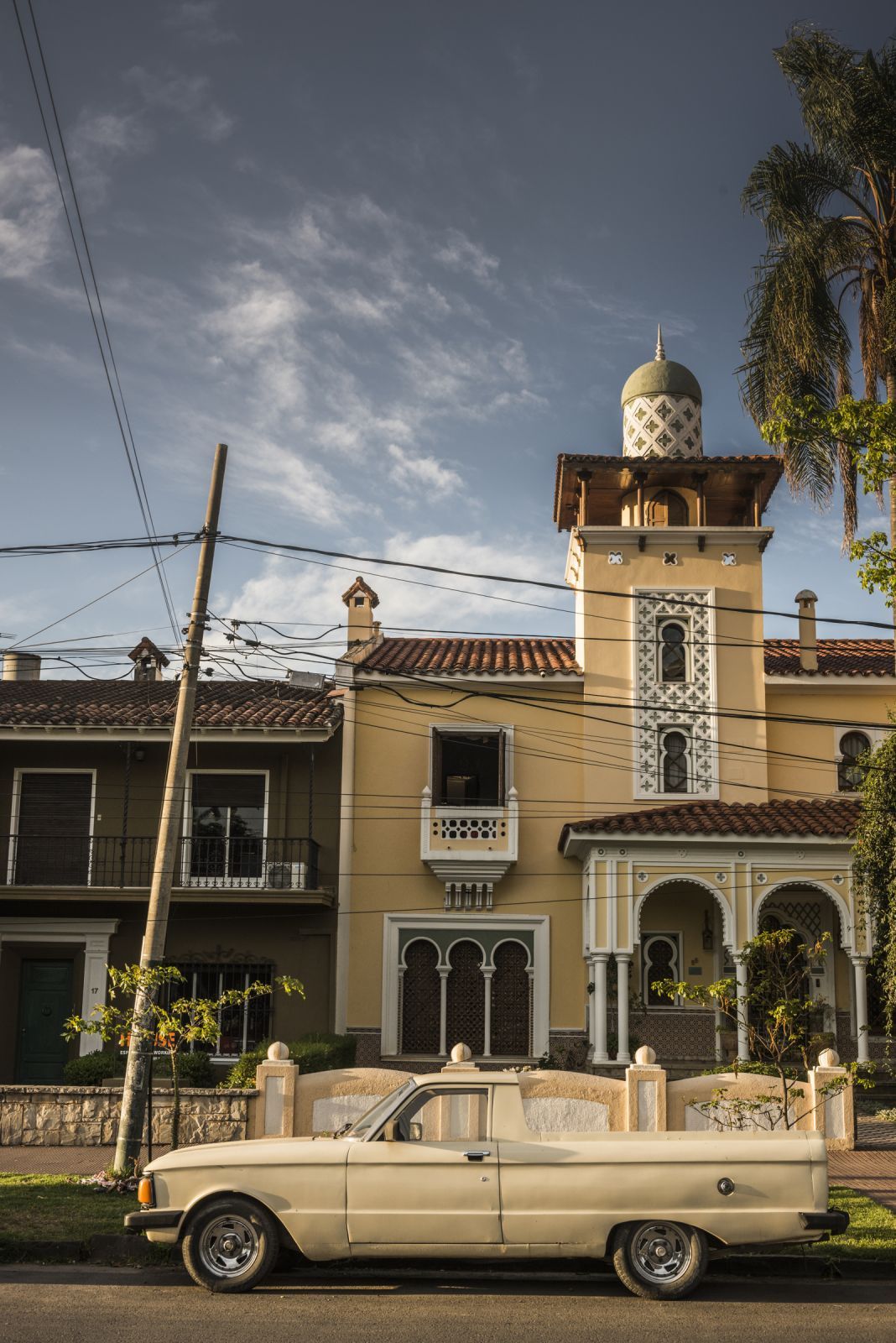 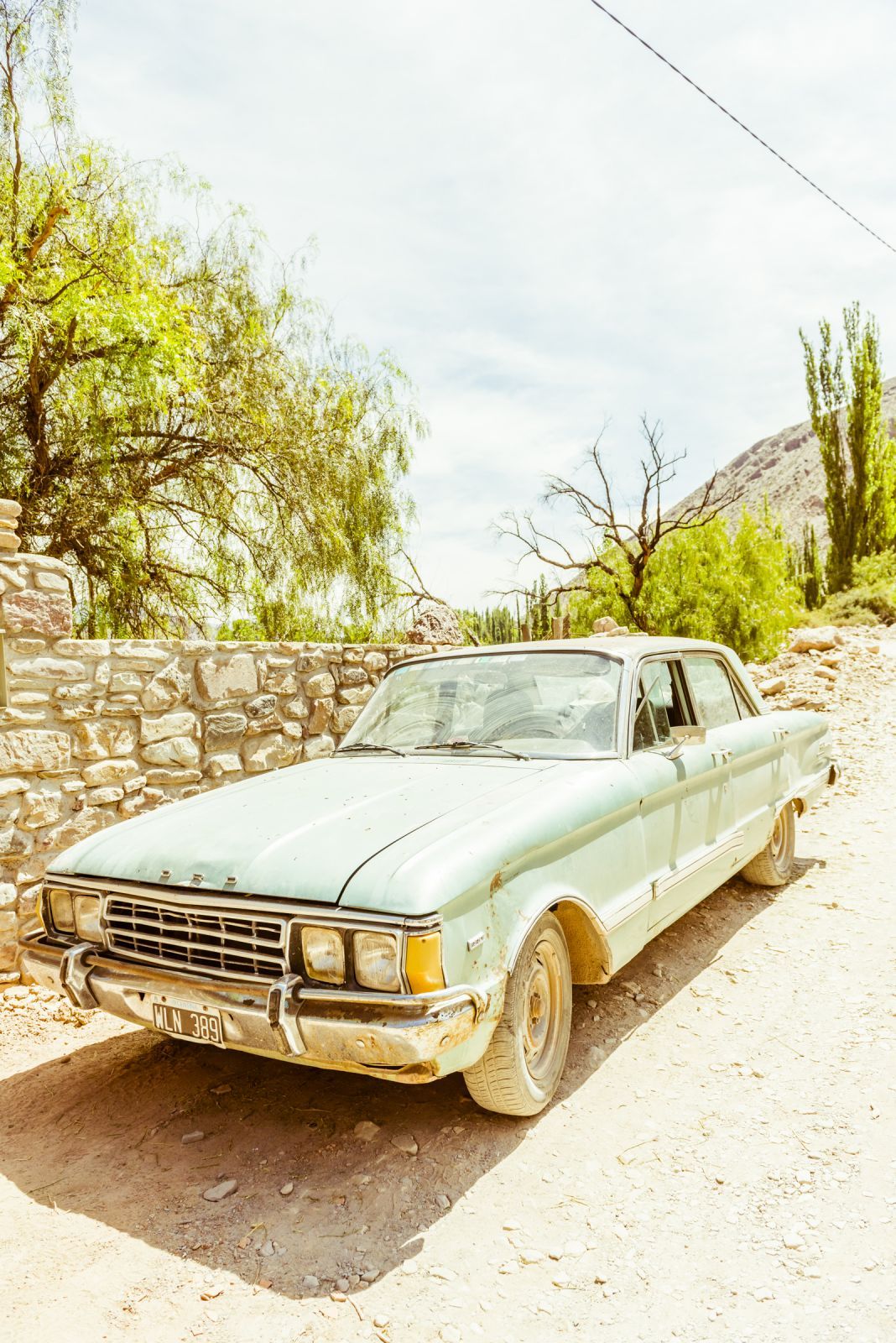 In March 1999 archaeologist Dr Johan Reinard and his expedition team made one of the most important discoveries of his career. At the time he was high in the Andes, close to the summit of Llullaillaco, a stratovolcano on the border between Argentina and Chile. After a long acclimatisation process and a strenuous climb to the top, Reinard and his team were about to bring their expedition to a close. With the altitude (6600m), extreme cold (-40 °C) and the outbreak of a storm, they were nearing exhaustion. Reinard wanted to call an end to the expedition, but he then discovered a man-made track that led to the graves of three mummified Inca children, one boy and two girls.

The children were surrounded by bundles of food, silver and gold statues, woven cloth and numerous items of stoneware. Due to the low temperatures and the remote location of their burial, the bodies of children had remained perfectly intact, with original hair, skin and teeth. Even their blood and the remains of their last meal were still present in their bodies. These children of Llullaillaco have therefore been dubbed the best-preserved mummies in the world. 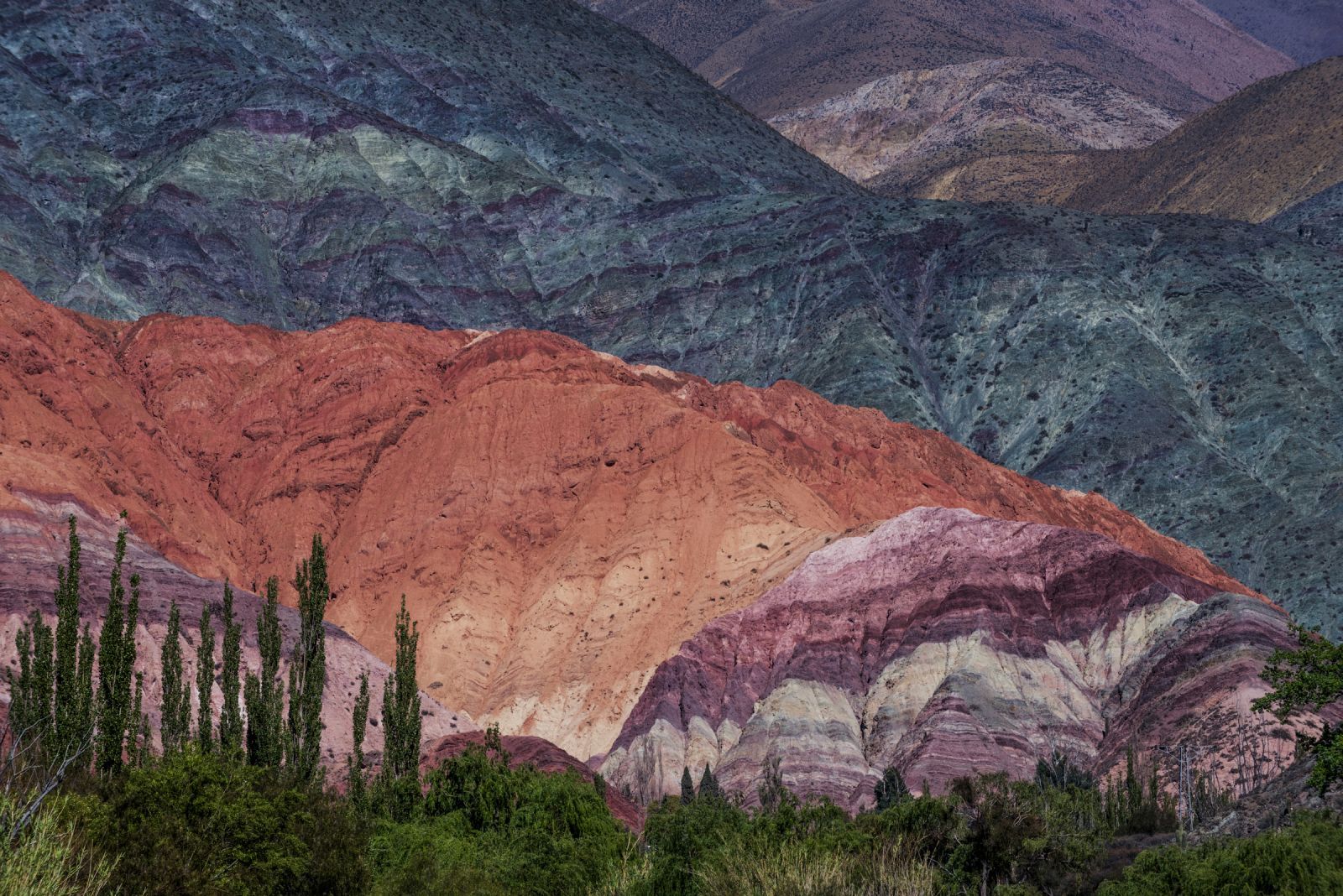 Human sacrifices were completely normal to the Incas and were even considered an honour. The fate of the Incas could not be averted, however. With the arrival of the Europeans there came diseases that the indigenous population were not immune to. The first smallpox epidemic of 1519 – 1521 took the lives of between 5 and 8 million Amerindians in the space of three years. Two more outbreaks later followed: in 1545 between 7 and 17 million native people died, almost 80% of the population. In 1576 another 2 million were killed, half of the remaining indigenous population. The people that were left was utterly debilitated. Had it not been for this death and destruction, the Spanish would have most likely been pushed off the continent. Now they were able to take over a vast empire with just a handful of soldiers.

Salinas Grandes, the third largest salt flats in the world

We drive through the mountains. From Purmamarca the road goes up steeply. In front of us, a heavily-laden truck continues forward in stops and starts. The slopes of the Andes are full of minerals, particularly the Cerro de Los Siete Colores, the Hill of Seven Colours. Red rocks alternate with green, yellow, orange and ochre. The colourful palette of this mountain is so vivid that seems as if some sort of Instagram filter permanently colours it.

We are en route to the Salinas Grandes, the third largest salt flats in the world. The inhabitants of Salta also call these salt flats, which lie at over 3500m above sea level, océanos blancos, white oceans. 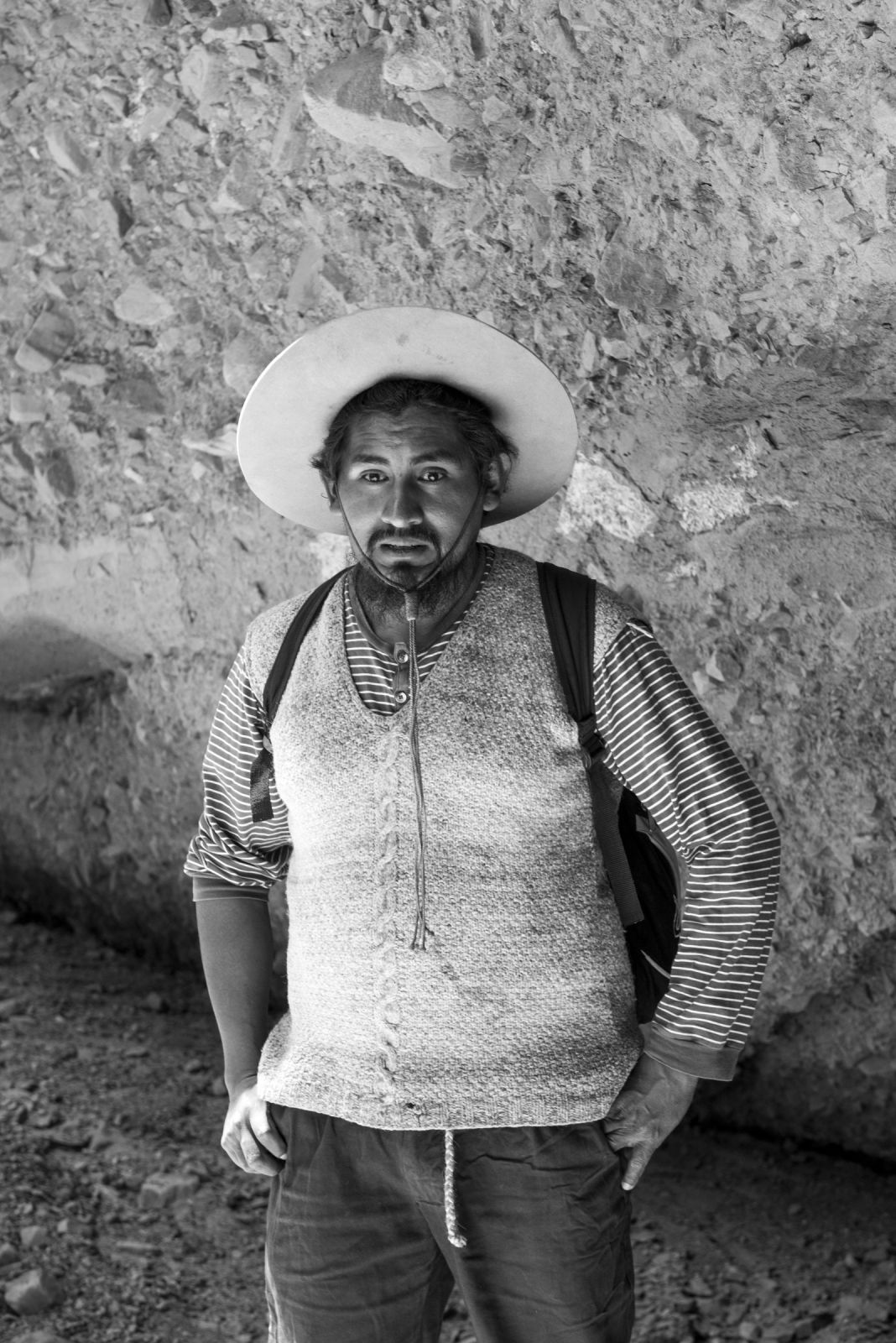 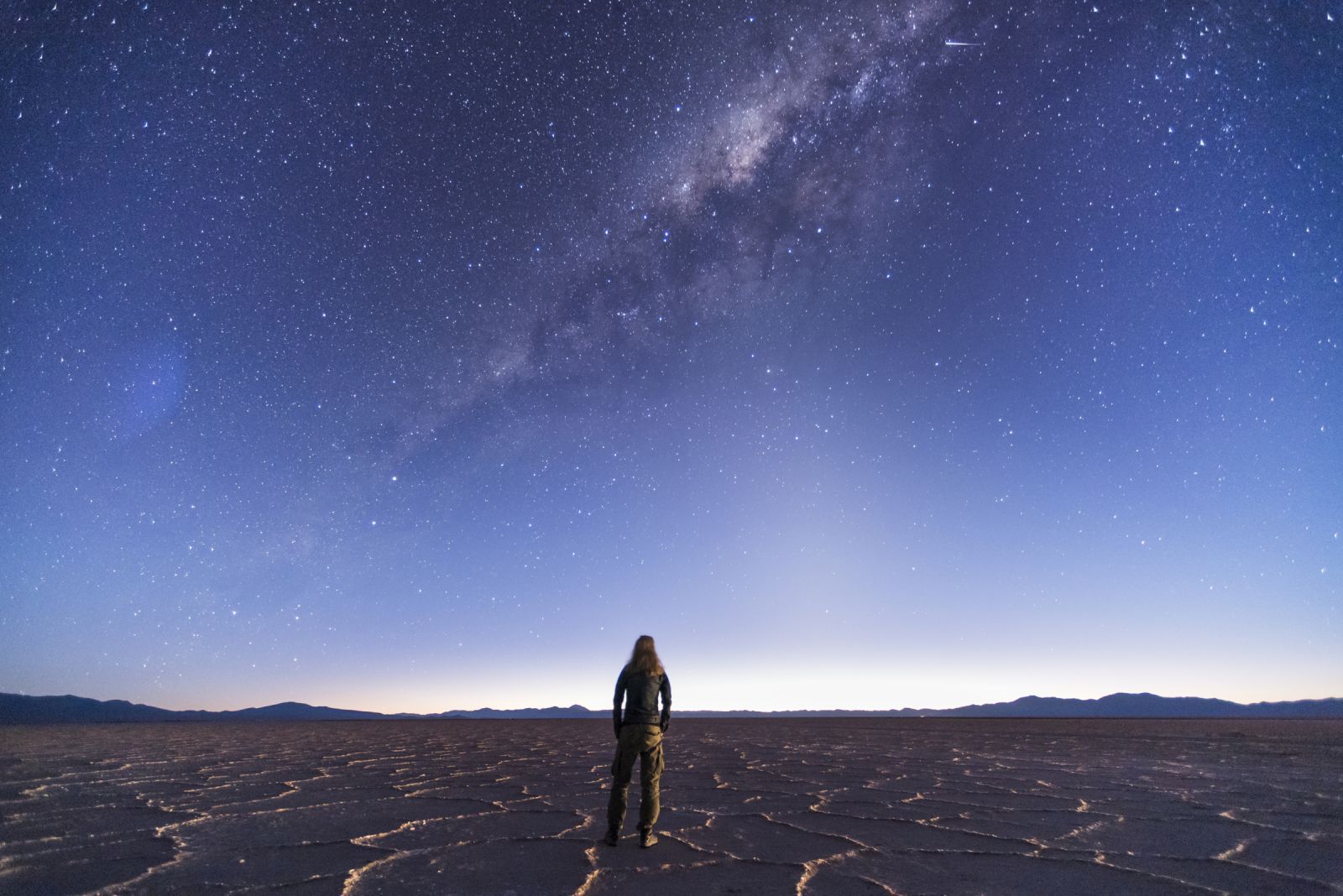 The Salinas Grandes were born about 5 to 10 million years ago and, due to the fact the salt reflects the sun so intensely, the flats are visible from space. The salt flats span roughly 12000 hectares, the equivalent of about 6000 football fields. The flats are in fact a vast salt lake covered in a thick salt crust, and for this reason, you have to be careful where you tread. I grab the last glints of light from the setting sun, and as the sky changes from orange to the dark blue of twilight, I am walking over sheer unending white, almost as if I am on an alien planet. The absence of light pollution causes the stars to appear above me, forming galaxies and nebulae. It seems almost as if infinity is at my fingertips.

The altitude means the light is sparser, meaning the plants have to work harder

With our heads still in the clouds of stars, we focus on amore earthly pleasure, namely wine. If you were, to sum up, Argentina in two words, then meat and wine would certainly be in the top 3, and regarding wine the high altitude wines of the Fernando Dupont vineyard are king. It is also where the Pascanathat Dario served with the beef originates.The vineyard is located in Paraje San Pedrito at the heart of the Quebrada de Humahuaca, a UNESCO World Heritage site since 2003. 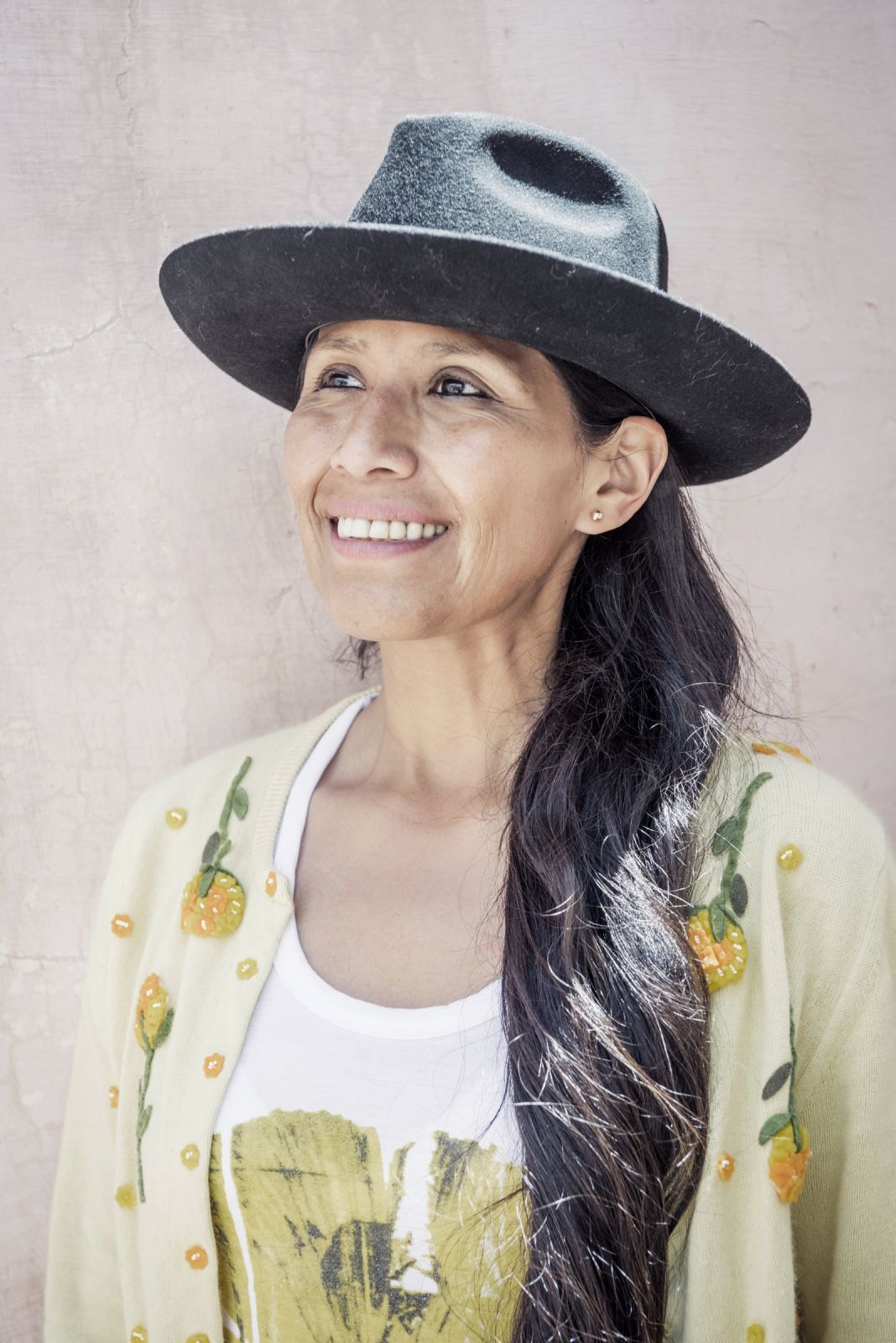 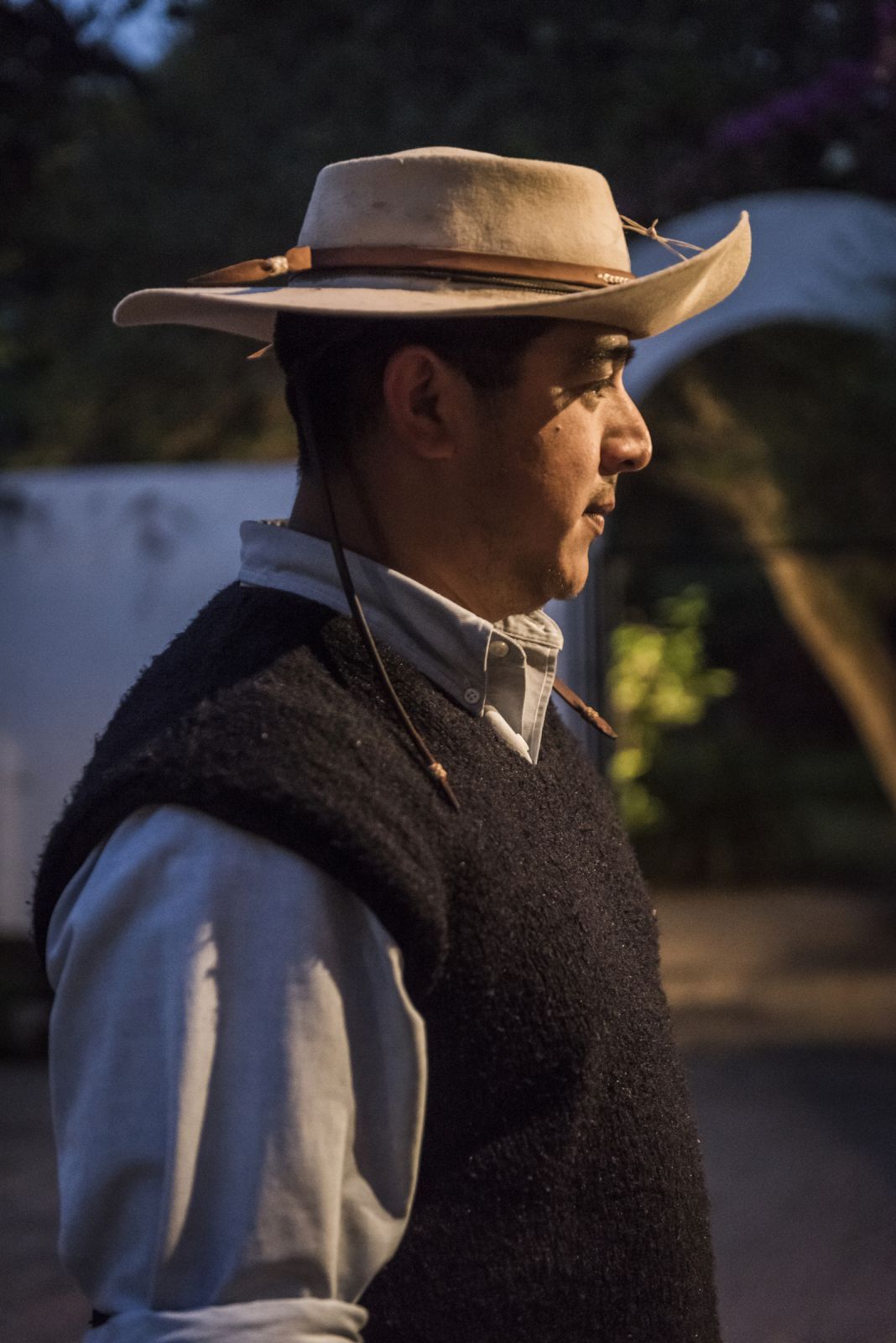 Fernando Dupont, an aristocratic gentleman with a huge love for his wine, explains why his particular fermented grape juice is so good. “This area is not only extremely dry, with mineral-rich soil, but the altitude means the light is sparser, meaning the plants have to work harder. The heat during the day, plus the near-freezing temperatures at night, results in our grapes developing thicker skins. This gives them quite high levels of tannin, which increases the wine’s longevity.” I hear him talking, and I am listening, but just as with the meat all I want to do now is to get my hands on a glass of wine. If that isallowed. Any wine in fact, whether it’s red, rosé or white… something with angels and tongue and so forth.

Dario throws another piece of meat onto the parrilla. “We are proud of the beauty and bounties that this beautiful part of the world gives us,” he says. And rightly so I think, as I sit on a leather chair in the estancia’s dining room and briefly feel like a landowner.

This whole estate breathes history as it was also the home of General Martín Miguel de Güemes, Salta’s renowned hero from the War of Independence. Perhaps he once sat in this very room, on this very chair. Maybe he ate bife de ancho from the same parrilla. Salta is made to dream and to dream about, and fantasising always goes with better with the smell of roasting meat and wood smoke.

When you want to discover a region good guides and contacts are essential. In Salta we were welcomed by Fernando (Nano) Escudero and his wifeSoledad Gaztambide from Autentica Salta as if we were members of their own family. They are the perfect starting point for all your Salta adventures.