Whereas the Caribbean has the Bermuda Triangle, the province of Cádiz in Andalusia has the Sherry Triangle. Nothing much disappears there, rather a lot comes out of it. Not just a drink of the gods, but also elegant horses, snow-white villages and fiery flamenco, as well as the occasional orange bikini.

I hear the uplifting sounds, I feel the passion, I see the enthusiasm of the people around me, I smell the sweat…yet at the same everything escapes me. I, of course, do not understand anything of what is being sung, but that isn’t the only thing. As a result, I am never quite aware of when a flamenco song has finished, yet the people around me do. They immediately begin clapping and cheering when the singer, whose song seems to come from his throat, stomach and heart all at once, suddenly stops singing. Is this a nanosecond-long pause for breath? Nope, it is the end of the song. 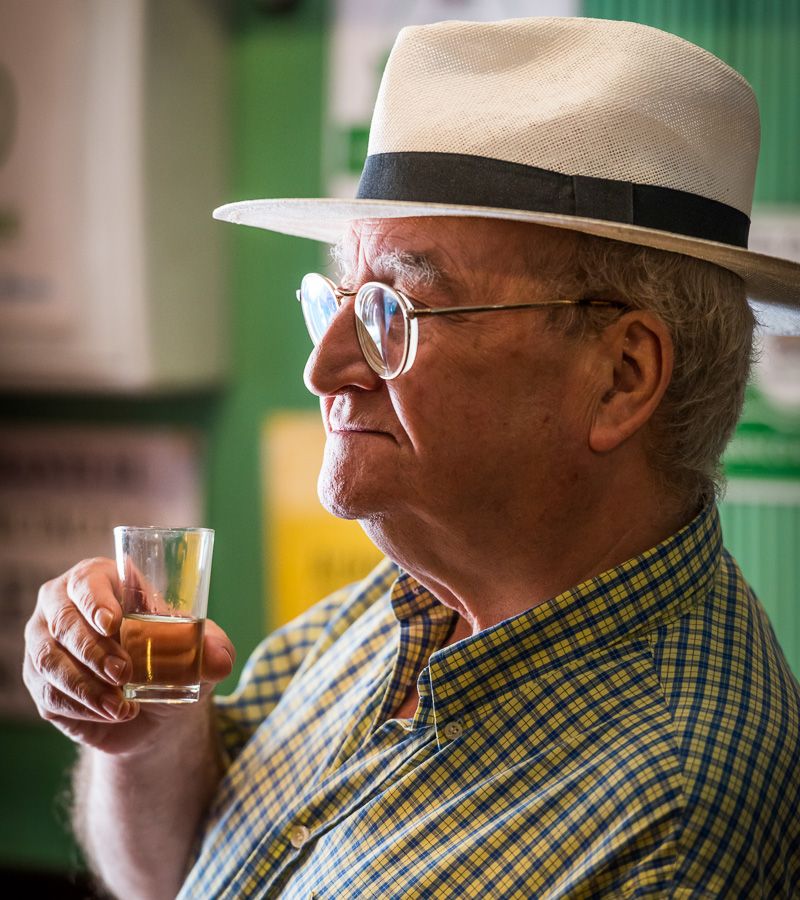 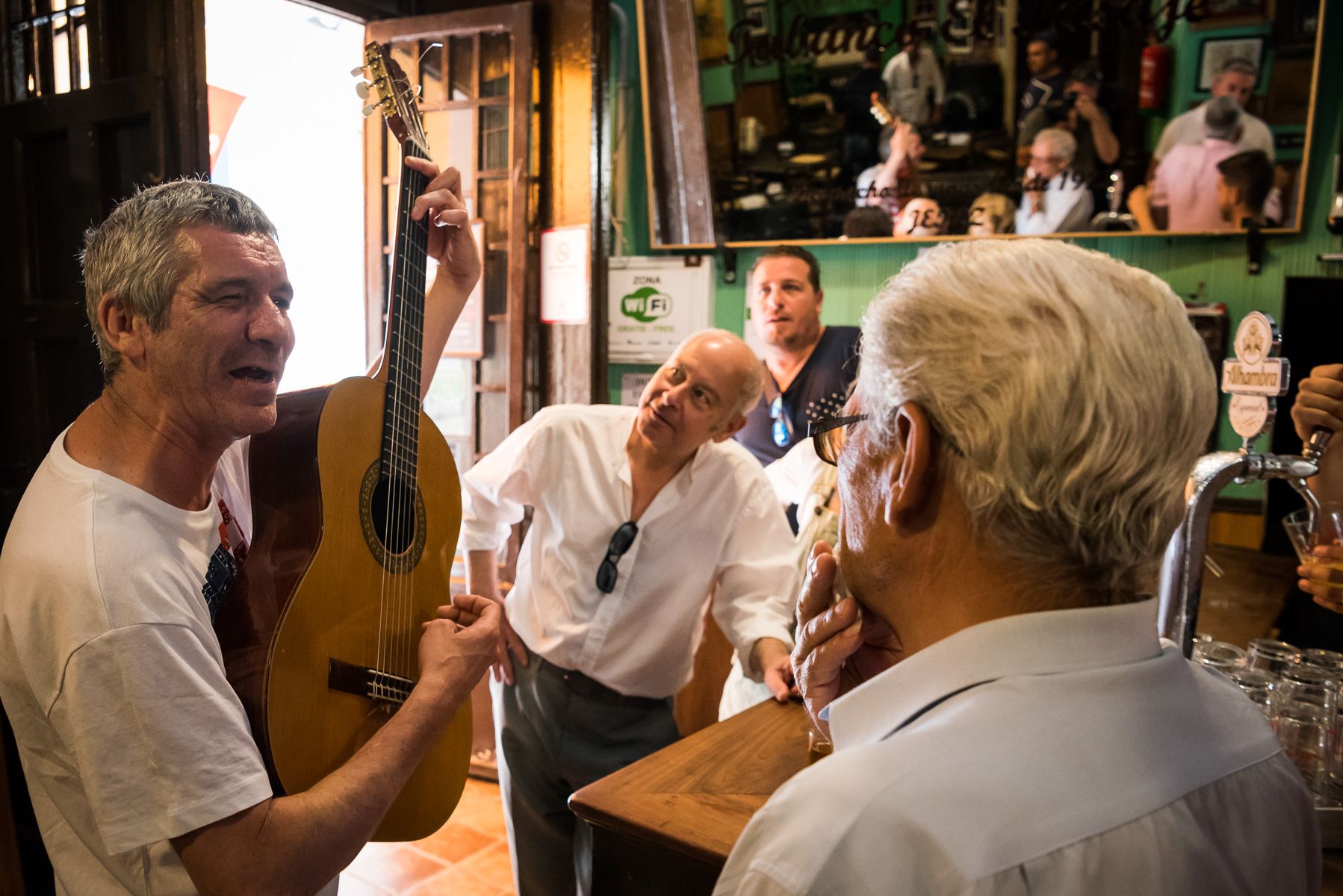 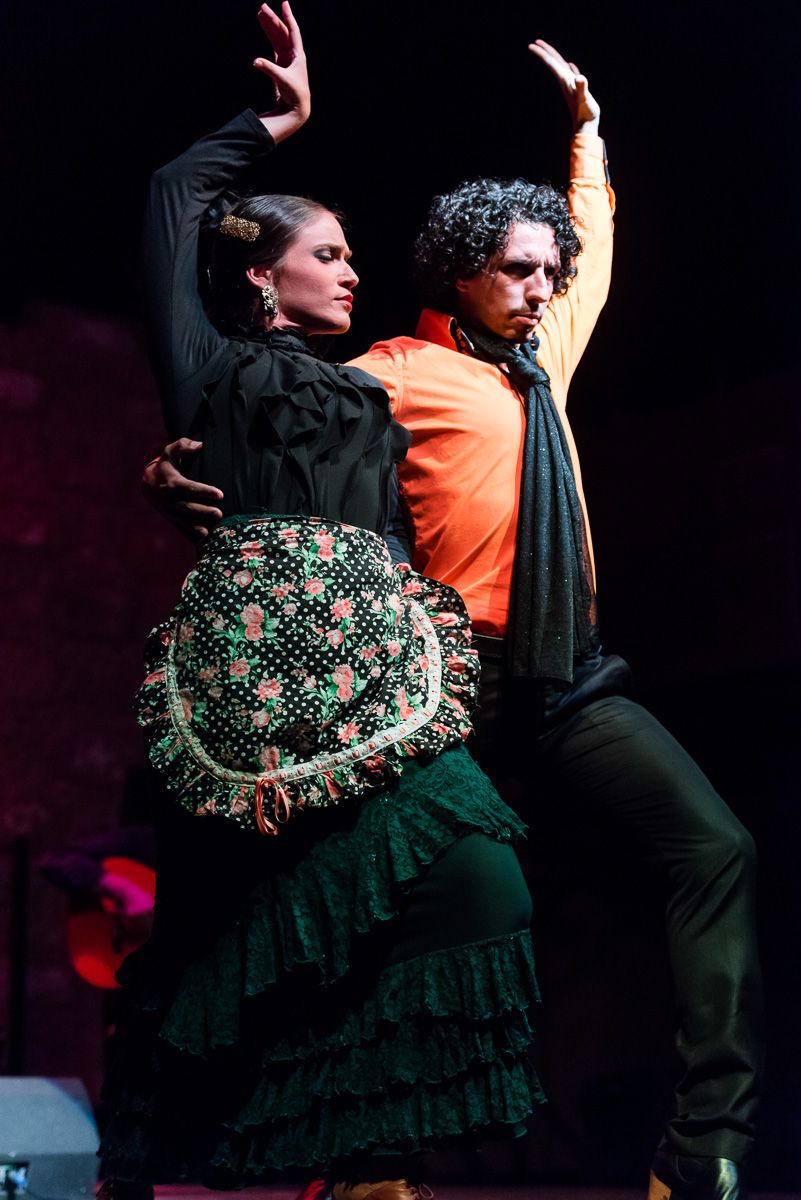 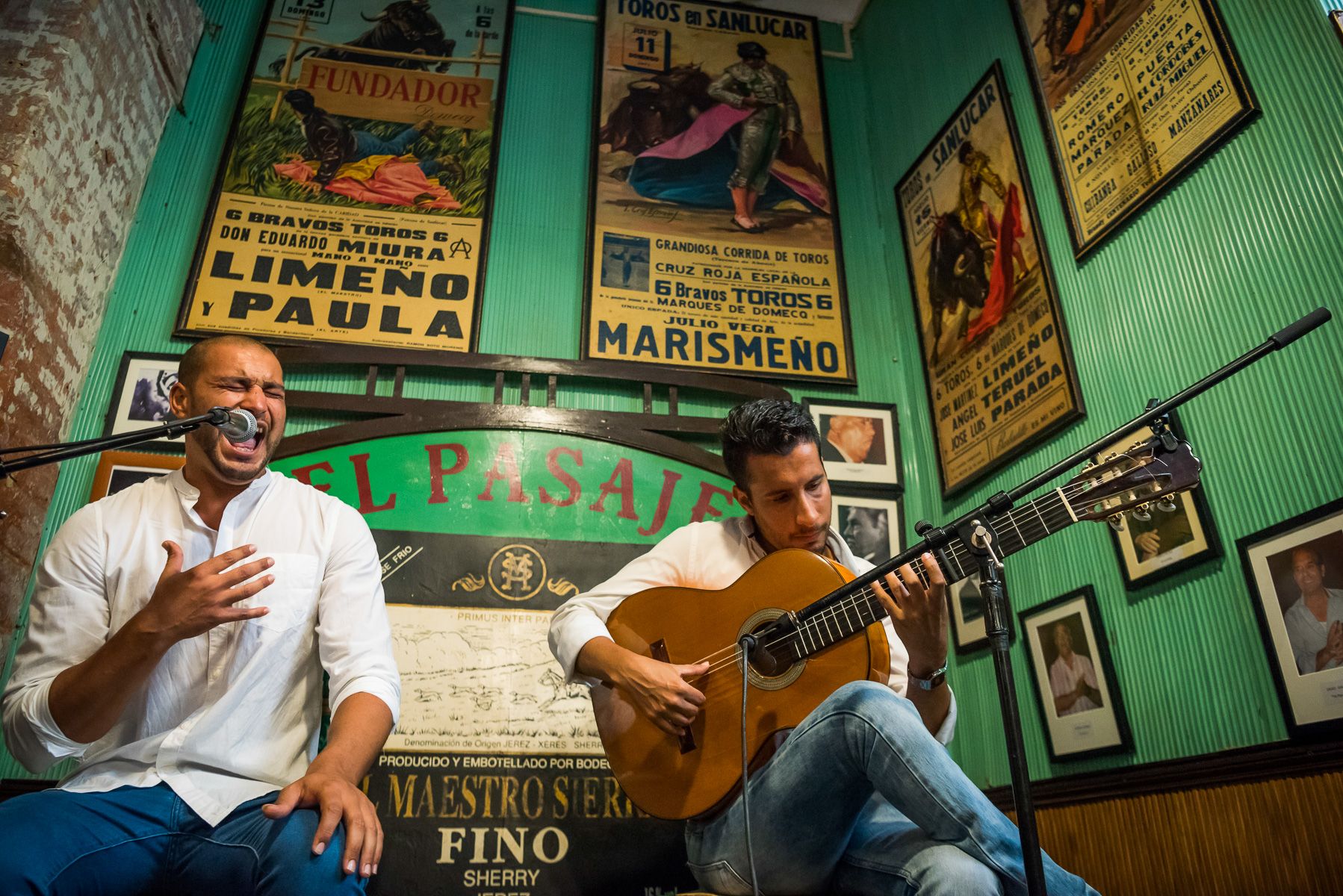 Flamenco is an art that you have to learn to understand. I see a singer and a guitarist creating beautiful music: a powerful voice, virtuoso guitar, foot stamping and hand-clapping. The other patrons of Tabanco El Pasaje hear centuries of tradition, they watch an immersive spectacle and, above all, they feel the duende, the emotional conversation between musicians and their audience that outsiders find difficult to understand.

I’m not exaggerating. This comes from the best source, Antonio, the man next to me in this charming tapas restaurant here in Jerez. Antonio speaks English and tries to teach some basic flamenco facts. “Ah, duende! Duende is something you cannot explain. It’s a feeling we share here. A good flamenco singer makes sure our souls all merge into one. It’s a mystery, yet at the same time it’s a daily occurrence, you know?”

“Ah, duende! Duende, you cannot explain. It is a feeling we share. Get it?”

I nod. Although I might not “understand” it, I can see and feel it. The spectators have not come here to listen to what the singer and guitarist are playing, rather to be guided by them, and this afternoon it’s going swimmingly. The passionate singer isn’t the only one who needs to take a break from his performance. Every twenty minutes he pauses to catch his breath, during which the patrons head for the superb tapas on offer at El Pasaje, such as ahumados (smoked fish), tabla de embutidos (a selection of cured meats) and alcachofas marinadas al Pedro Ximénez (artichokes marinated in sherry).

Flamenco, that musical and cultural phenomenon with centuries old roots in North Africa and the Middle and Far East, and to which Jews, Muslims and gitanos (Romani gypsies) have all contributed, has been listed as a Masterpiece of the Oral and Intangible Heritage of Humanity by UNESCO since 2010, and after today I can completely see why. 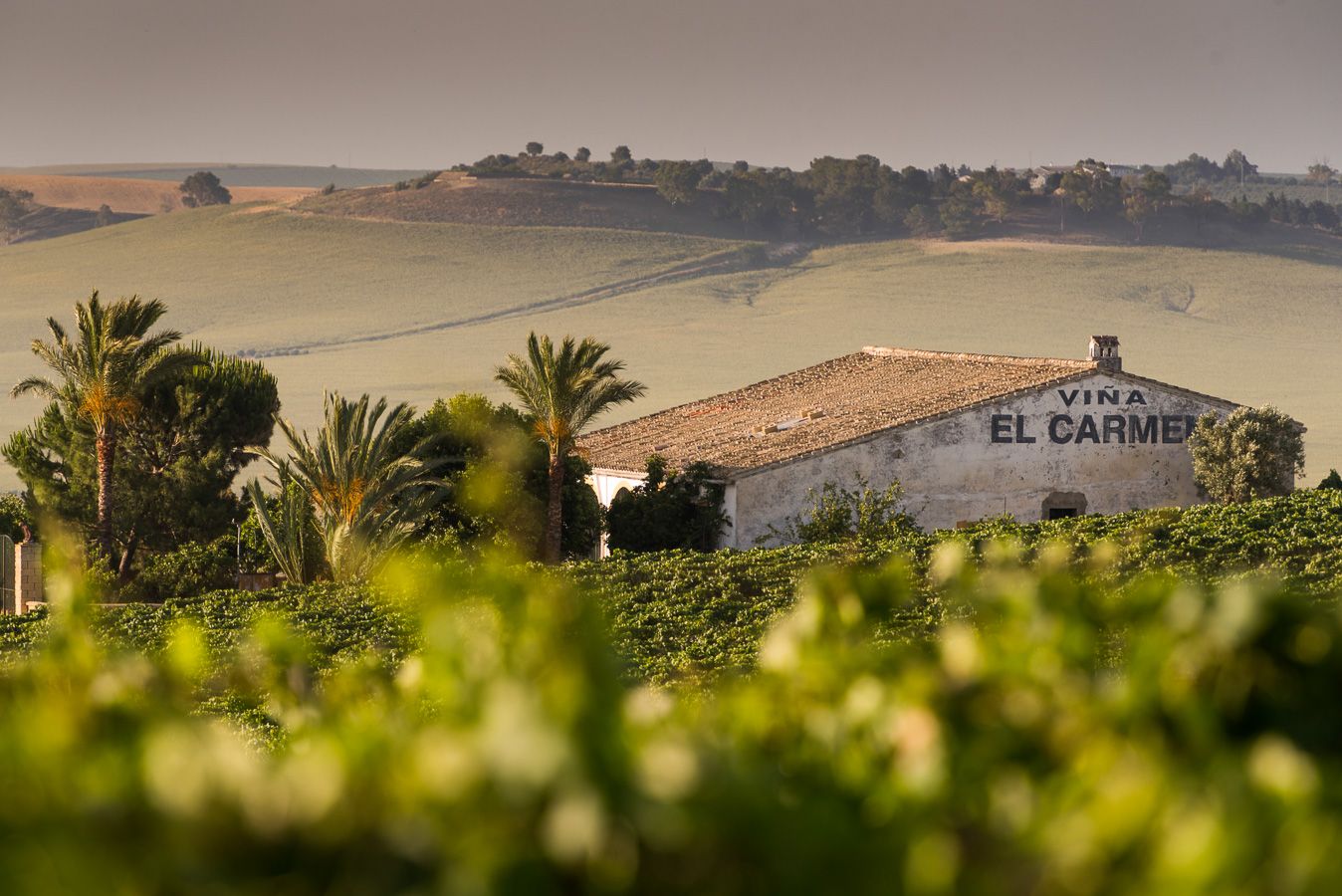 “Sherry as a profit-earner had almost disappeared.” These are the words of Salvador Pinedo. Along with his assistant Rosamar he organises 4×4 tours around the viñedos, the vineyards of Jerez. “In 1980 we had at least 22,000 hectares of vineyards in the triangle between Jerez de la Frontera, Sanlúcar de Barrameda and El Puerto de Santa María. A huge amount, but the quality of the sherry was getting less. Luckily people have begun to see that producing top quality sherry is the only way to save the sherry industry. Now there are only 7000 hectares of vineyards and each of them is producing an outstanding product. Virtually all global sherry production takes place here, believe it or not, around 150 million bottles a year.”

As he drives his white Nissan over the bone-dry dirt roads, Salvador tells us about the three types of soil needed for sherry grapes. “The albariza is the best. Which is the calcium-rich, almost white soil that you see a lot around here, and is the soil in which the Palomino grapes, which produce our famous fino sherry, grow. Then we have the dark-brown barros and the light-brown arena, still valuable ground, but slightly less.”

Salvador goes on to tell me that, alongside the type of soil, the wind is also important. He makes a distinction between the Levante, a strong, dry wind from the east, and the Poniente, which comes from the east and is light and fresh. If the two winds blow even slightly off course, it plays havoc with the grapes, so I am told.

“Sherry as a profit-earner had almost disappeared.”

Apart from the vineyards, you will also find vast fields of sunflowers stretching across the region. Their seeds, known as pipas in Spanish, are not only used for their oil but are also a favourite local snack. “If you bite open the shells you can eat what’s inside,” Rosamar says and she gives me a demonstration as Salvador parks his car. “You need to drink something with pipas,” he says and brings out a bottle of Pedro Ximénez, glasses and a basket of refreshments. “Time for a Monday afternoon drink.” 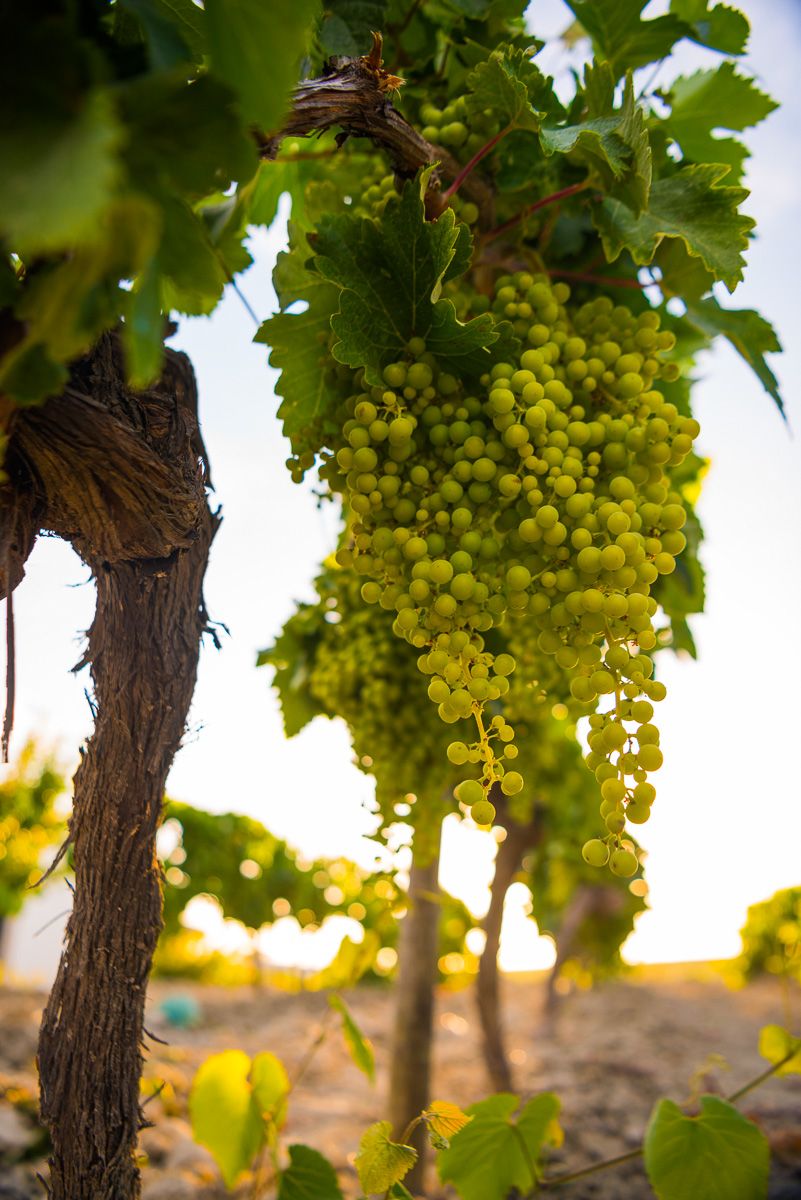 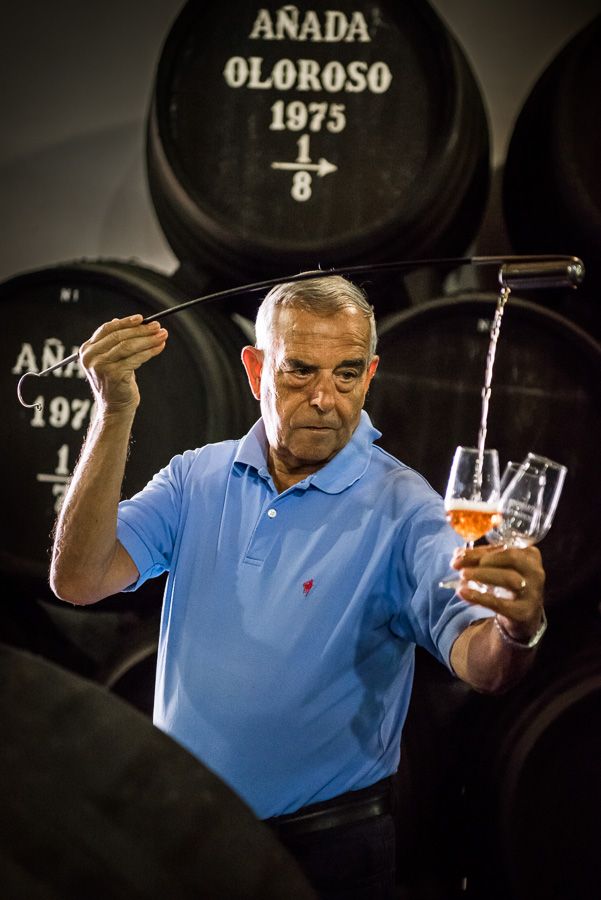 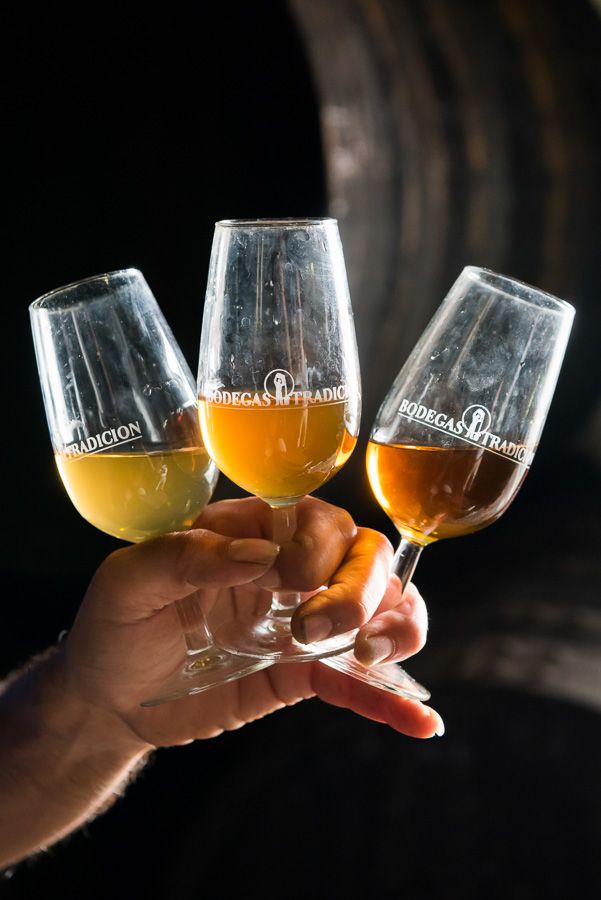 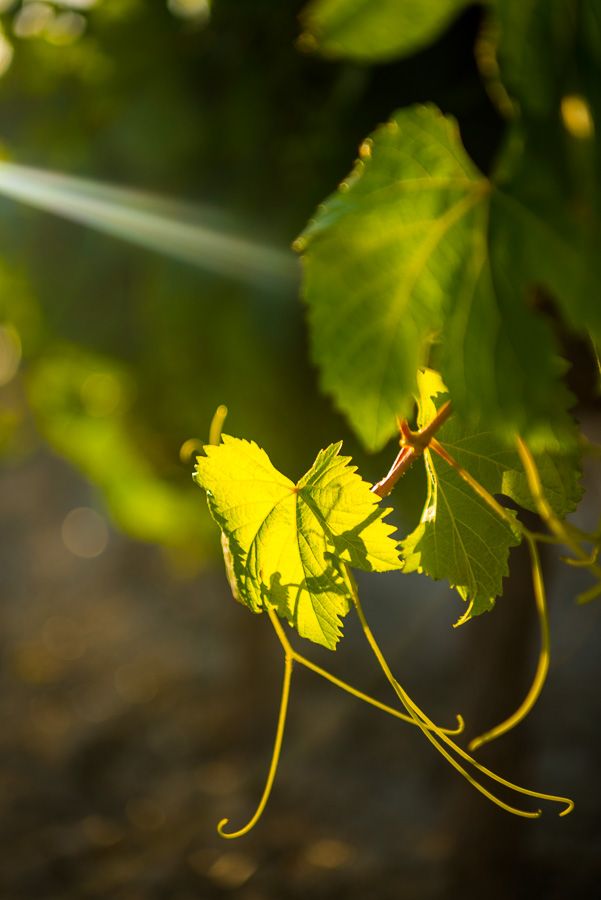 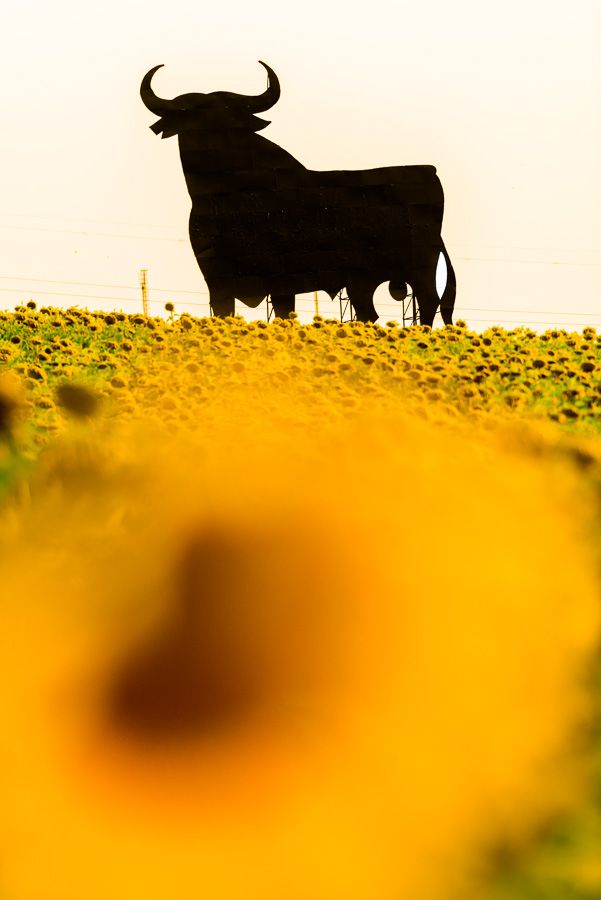 If you find yourself in Jerez you will want to know everything about sherry and in order to know everything about sherry you have to visit a bodega. Before I start tasting, straight after breakfast, however, I decide to get acquainted with the city itself first. After a walk through squares bordered by palm trees and a visit to the old Moorish fort, the Alcázar, I come to the riding school which betrays Jerez’s other great speciality alongside sherry: horses. The famed Real Escuela Andaluza del Arte Ecuestre was established by the Sandeman sherry family and has shared its long-legged and fine-maned secret with thousands of international visitors each year since 1973. To the tune of passionate guitar chords, as well as more subdued violin music, Spanish Bonfire and Salinero show us that their royal training has been put to good use.

The aroma of raisins and green apples

Now on to Bodegas Tradición. This winery, housed in a recently renovated building in the city’s old town, was only established in 1998 but continues a tradition dating back to 1650. Here they make four types of sherry: Amontillado, Oloroso, Palo Cortado and Pedro Ximénez. “Those names may not mean anything to you yet, but we’ll come to that later”, cellar master Pepe Blandino promises. He leads me to an aboveground cellar (a logical move, seeing as “bodega” means “aboveground cellar” in Spanish) where over a thousand oak barrels are stored, stacked according to the so-called “solera system”.

“In order to guarantee consistent quality, older and younger wines are mixed with one another. If you have six rows of barrels on top of each other, the lowest down contains the oldest wine and the highest contain the youngest. After the wine from the lowest barrels is tapped in order to be bottled, the empty barrels are then filled with the wine from the next level up. That barrel is then filled with the contents of the next barrel up and so on. The longer the wine stays in the solera system, the more wonderful and complex it becomes.”

The great tasting then begins. In well-chosen words cellar master Pepe elevates his product to the status of a truly divine drink: “a lightly salty aftertaste that is reminiscent of the ocean”, “smooth with an aroma of raisins and green apples”. 100% correct. 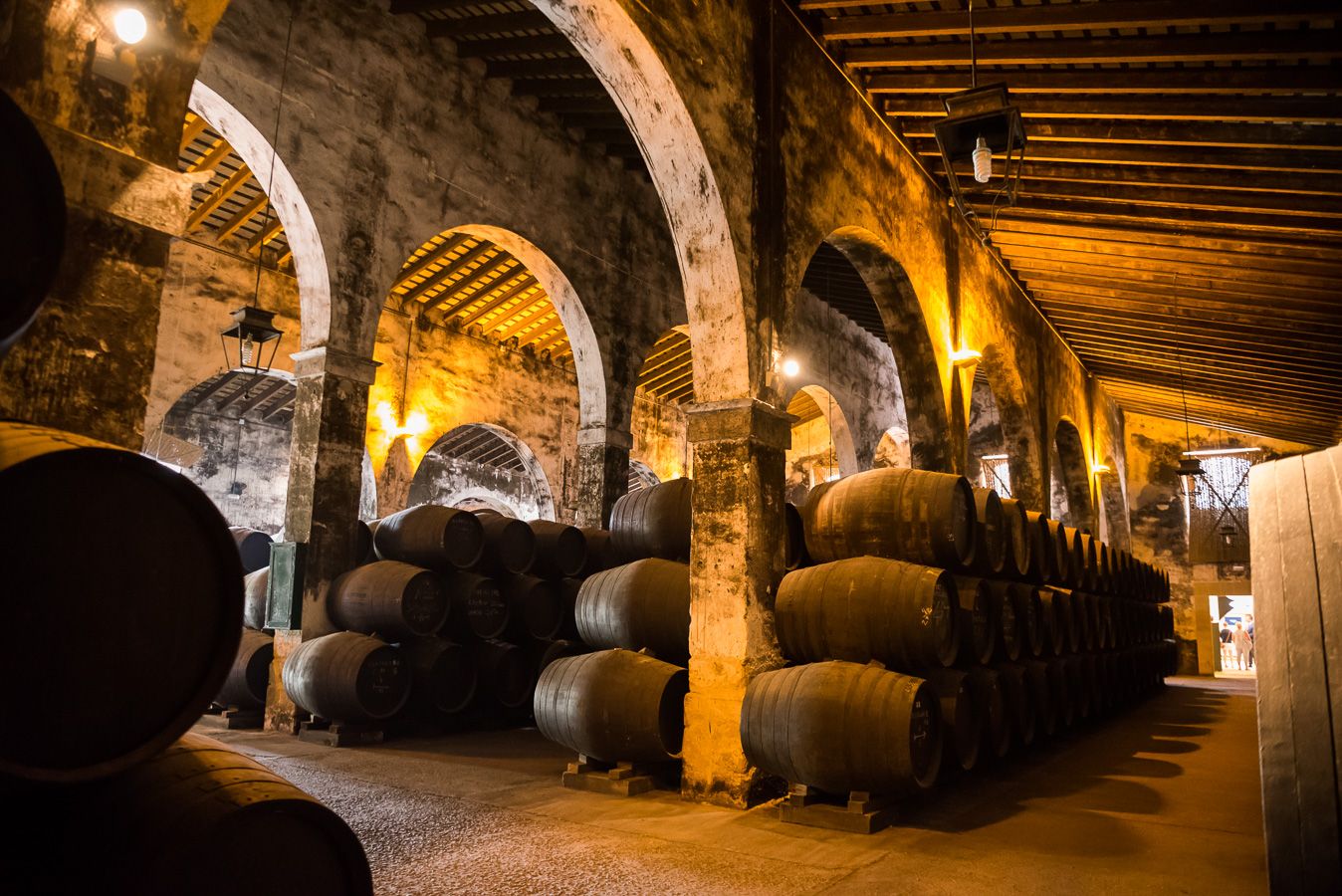 Vejer de la Frontera seems to be the perfect location for an advert for laundry detergent. My idea of heaven, because everything here is white! Andalusia is of course famed for its whitewashed villages, but why so white? I am told that keeping everything sparkling white is a legal requirement, and anything less leads to a fine. In Vejer, the women therefore go around the town with a paintbrush twice a year, just before Semana Santa (Easter) and the feria, the annual local fair in August, so that the village looks brighter than normal at these high points of the year. Every year people are blinded by the sunlight that is mercilessly reflected off the walls. Admittedly I can picture this rather vividly, but what is certainly true is that for hundreds of years layer upon layer of white has been painted on the buildings, resulting in the distinctly pockmarked, grotty character of Vejer’s facades, which greatly contributes to the village’s own authentic character. 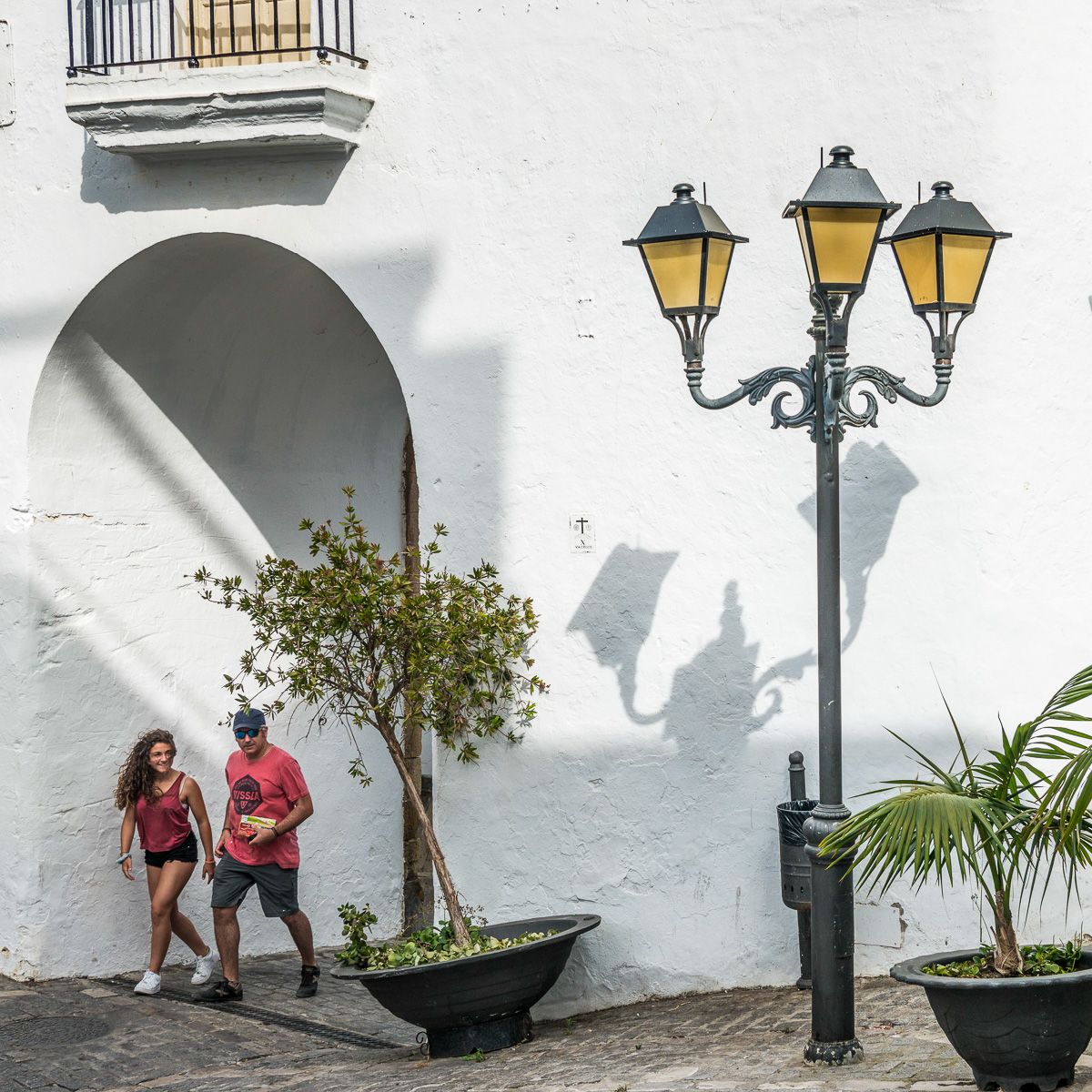 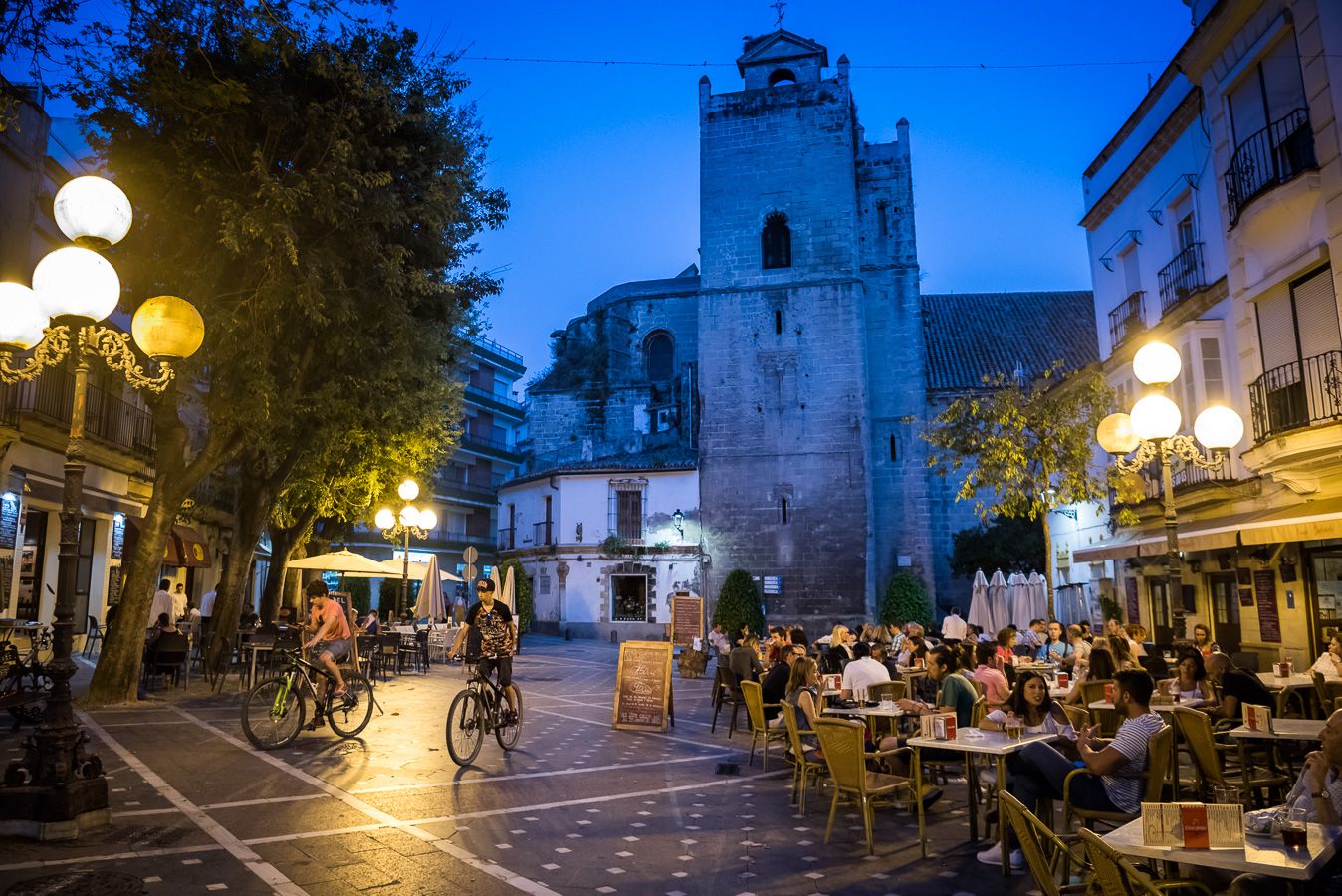 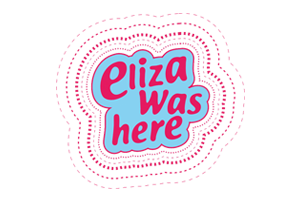 The Sherry Triangle and Cádíz are located in the Andalusia region, which is not just famous for its sherry but also for its beautiful cities like Seville and Granada. Think narrow, winding alleys, hidden courtyards with fountains and grand buildings with gardens that look like paradise. Outside the cities you will find a rugged coastline, with miles of golden yellow sandy beaches. Passion for life. That is what it is all about in this most southern region of Spain. Eliza was here has found super nice, authentic, small-scale accommodations throughout the region for you. And a car at your disposel is always included when you travel with Eliza was here. So you can easily discover all those different cities and magical places yourself. Recommended.

Discover the hidden gems of Eliza was here 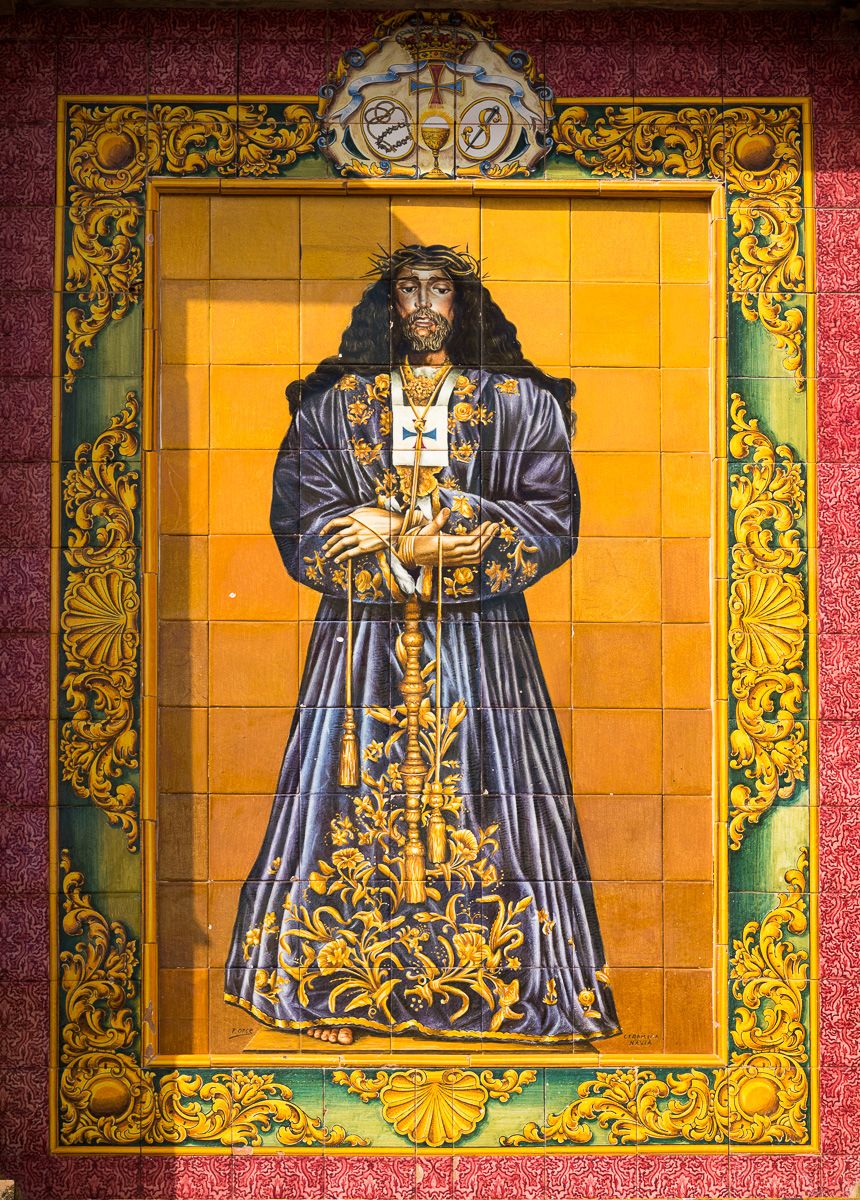 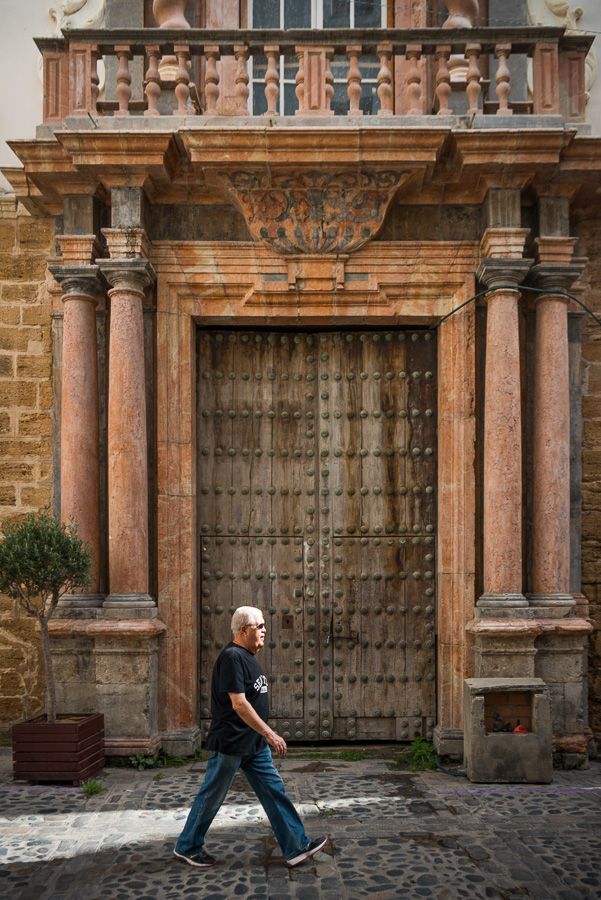 It is a beautiful sunny day in Cádiz. James Bond, leaning against a bar on the Playa de Caeta, takes it in. In one hand he holds a large Cuban cigar, in the other a pair of binoculars. As he scans the sea he spots a short-haired woman in an orange bikini emerging from the sea. What a stunner! As she reaches the bar, Bond can’t resist saying “Magnificent view.” The woman in question turns around, looks towards the beach, the old port, the two historic forts, the charming fishing boats and answers: “It is.”

Since that day the beach at Playa de la Caleta has also been known as “Halle Berry beach”, named after the actor playing the role of the Bond Girl in the film.

It was a smart decision by the producers to choose Cádiz as one of the locations for the twentieth 007 film. This Spanish city plays Havana in this scene, which worked remarkably well, as even in the real world Cádiz is known as Habanita (Little Havana). The two cities have a similar charm, albeit Little Havana’s paintwork is in a little better shape and the cars are rather more up-to-date.

Cádiz is also called Little Havana. Although the cars are at least sixty years younger.

Cádiz is historic and atmospheric. As the city was founded in around 1100 BC by the Phoenicians it claims to be the oldest city in Europe. Even 3000 years ago people realised that this spot, not far from the Straits of Gibraltar, was strategic, whilst a Roman amphitheatre with ten thousand seats shows that the Romans also thought Cádiz was a keeper.

I walk past the stately homes built for the city’s rich, often ship owners who made a pretty penny trading gold and silver between Spain and the Americas. Many of them built watchtowers on their houses, from which they could observe whether their ships (literally and metaphorically) had come in.

For this reason, the towers were often fitted with periscopes. The periscope on the 45m tall Tavira Tower is part of a large camera obscura, and as a citizen of the 21st century, an age filled with CCTV cameras and drones, the view from this device is a truly wonderful experience. Live images of the city are projected onto a large table in the Tavira Tower via a mirror and a lens. We can see what’s happening down below in amazing detail. The lens can zoom in very closely, and no one down on the square goes unnoticed. The tour guide then points the lens in the direction of the beach. “Magnificent view, no?” We nod, but no matter how hard we look no stunner in an orange bikini emerges out onto the beach. 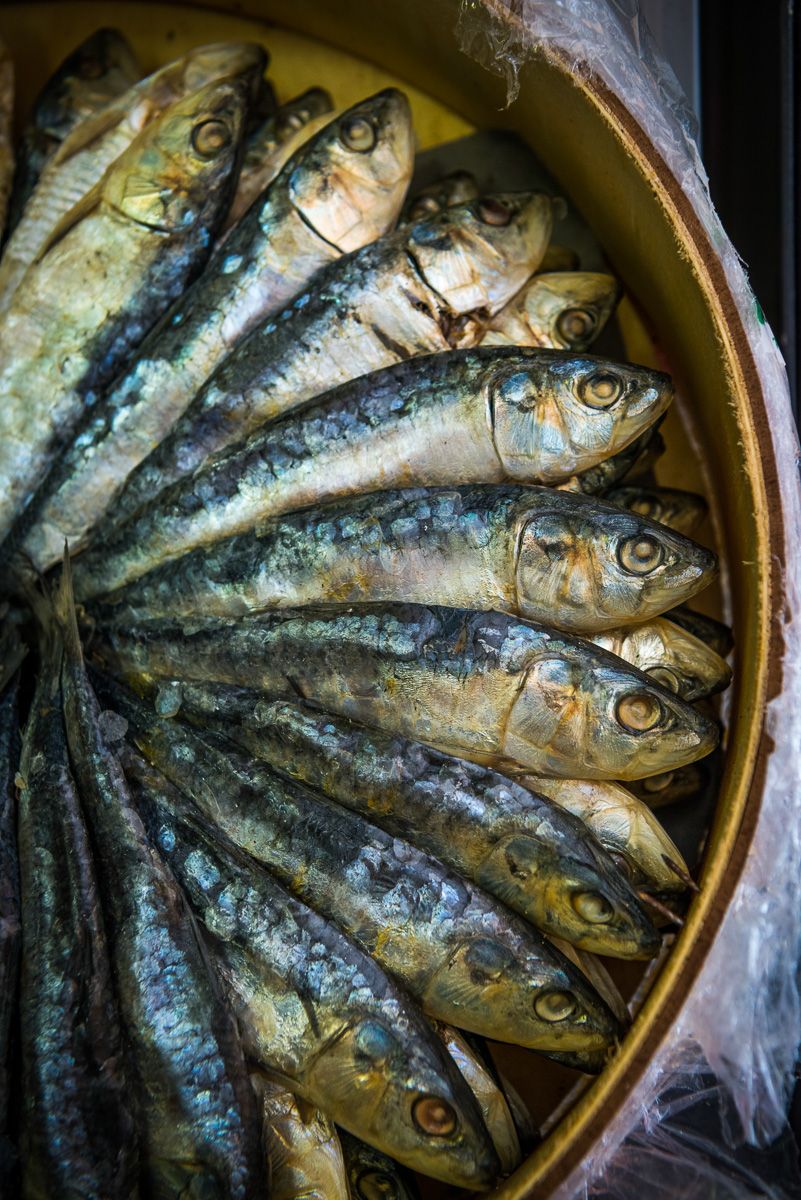 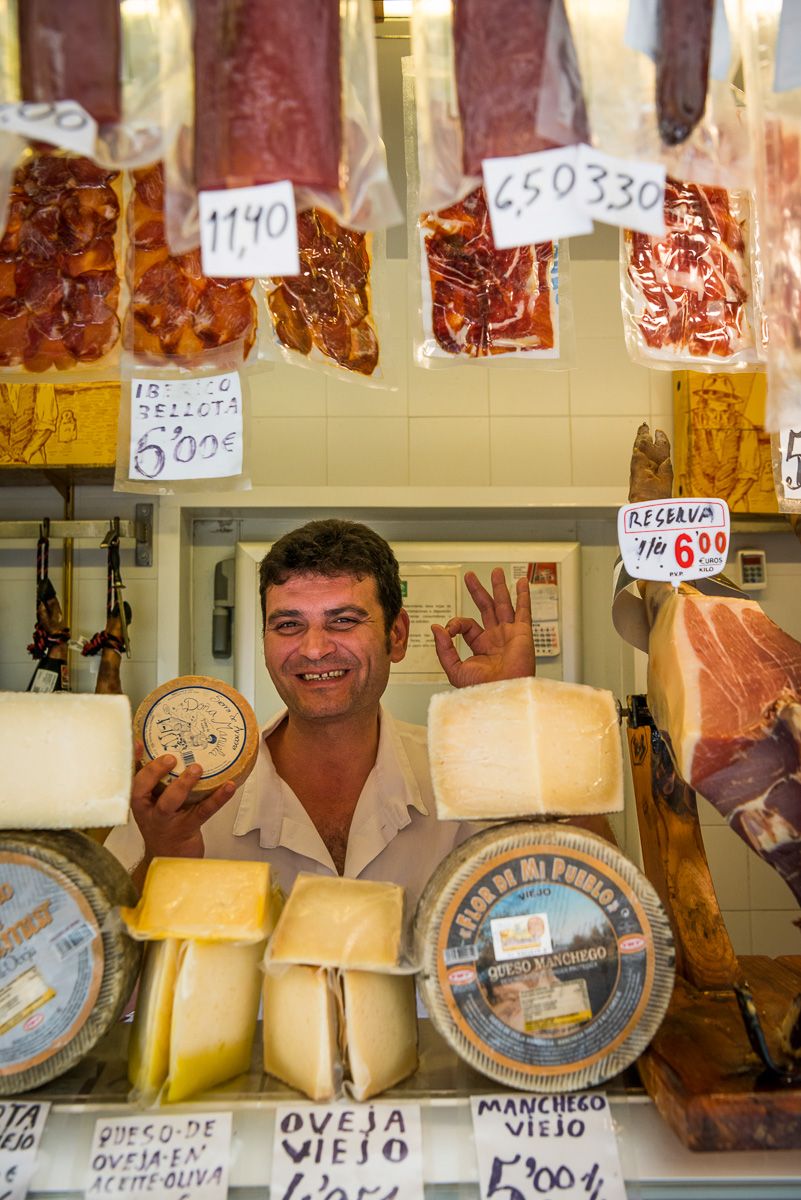 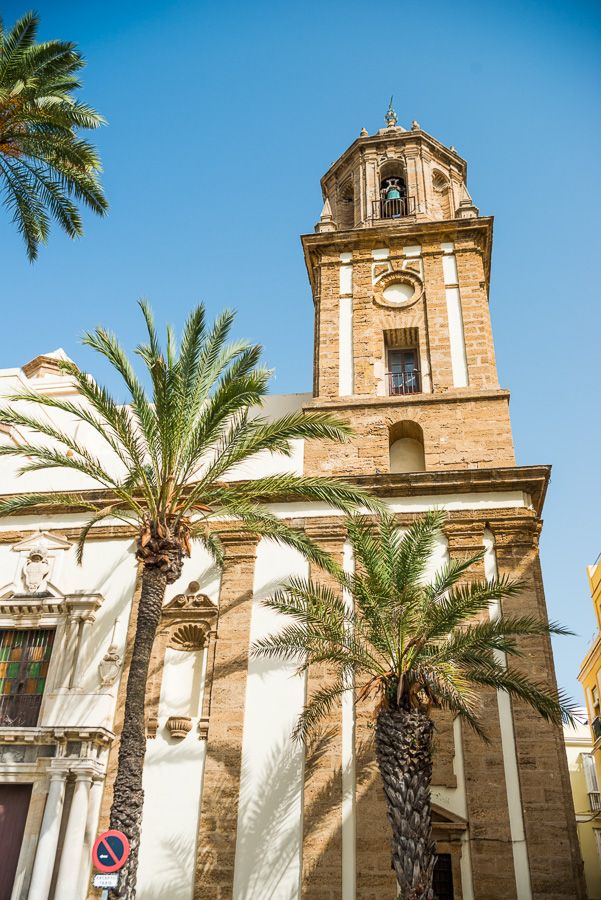